Lunch at Filandon, Penelope Cruz’s favorite restaurant in Madrid, sealed the deal when Nadja Swarovski approached her about doing a fine-jewelry collaboration.

“You can’t even call it a meeting — it was more magical, like a reunion,” Cruz remembers. “We talked about things that have nothing to do with jewelry. We talked about life, and from that first moment, we felt a very strong connection.”

Fast-forward to Monday night in Paris, when Cruz and Swarovski revealed the fine-jewelry collection that evolved from that initial conversation. At a cocktail party at Apicius, a restaurant in a 19th century villa just north of the Avenue des Champs-Elysees, the new partners debuted Atelier Swarovski by Penelope Cruz, a 14-piece collection that’s rooted in designs the actress says she would want to wear. “Nadja gave me the freedom to create only things that I really loved,” Cruz says. “So I never have to lie in an interview. I’m really passionate about every single piece.” 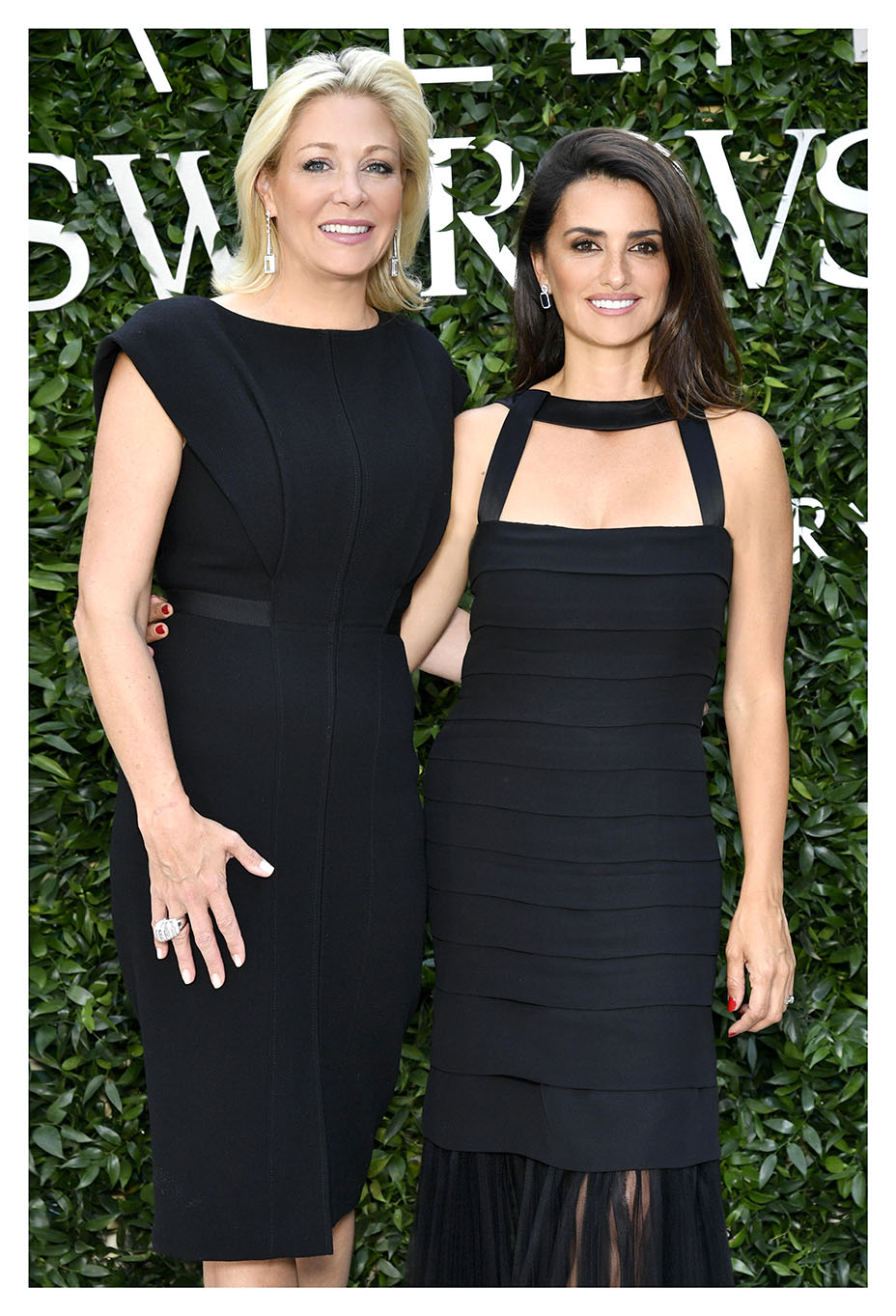 Cruz wore a few of the new jewels in May at the Cannes Film Festival, and there’s undeniably a red carpet vibe about the collection, matching suites of necklace, bracelet, earrings and ring in highly wearable hues, sometimes in asymmetric settings: diamonds and rubies, diamonds and sapphires, or diamonds and more diamonds, all lab-created and set in 18-karat fair-trade gold. The collection is 100 percent sustainable, with white topaz as the only stones not lab-created, though they are ethically sourced.

“For me, that was the thing that made me fall in love with the idea of working together,” Cruz notes of the sustainability element. “When I heard Nadja speaking about how they do things, I was so inspired. I care about not having a negative impact on the planet, in what we do, what we wear, what we consume.”

Her favorite of the collection is a ring crafted of three pear-shaped, lab-created rubies surrounded by lab-created diamonds. “I had a ring that my grandmother had given to me that was garnets, and it was lost or stolen,” Cruz says as she twirls the new design on her finger. “So we did this ring as an homage to that. I’ve wanted to do this for so long.” 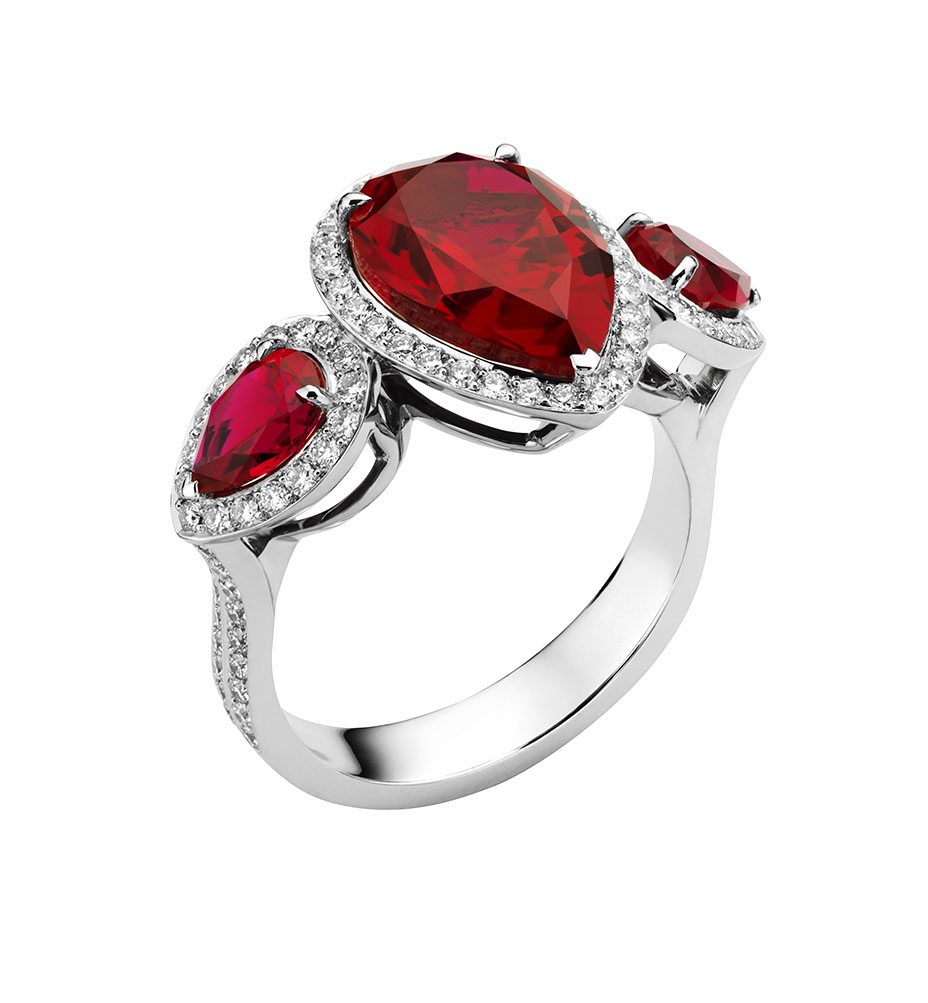 Describing herself as someone who loves the “rock and roll” idea of diamonds with jeans, Cruz has partnered with other brands in the past, including Loewe and Damas, a Dubai-based jeweler — and indeed, on Tuesday morning as she attended Chanel’s haute-couture presentation, the news broke that she will appear in the French house’s upcoming Cruise campaign, photographed by Karl Lagerfeld.

Each experience, she says, has informed her love of design. “I’ve been learning, and I’m going to keep learning,” Cruz explains. “I do it from a very humble place, because I’m not an expert, but I am a fan, which I also think is important. When I was a little girl, I would take the magazines in my mother’s hair salon and design on top of what I saw, trying to improve it. I started doing that when I was 7 years old, so beautiful design is something I’ve always appreciated.”

Why was Cruz the right fit for a fine-jewelry collab? “Well, first, she wears everything so beautifully,” says Swarovski, the house’s creative director and great-great granddaughter of its founder. “But what really struck me in the conversation with Penelope was our shared vision of preserving the planet. She really walks the talk. She also has a very clear, very strong design vision; this was a true collaboration to turn that vision into reality.”

Pieces are due to arrive in stores in September, while Swarovski says plans are in the works for lower-priced versions of the collection, also employing the lab-created concept. “We don’t want to cannibalize the idea by using crystals,” says the woman whose name has become synonymous with the highest tier of that category, but who increasingly is moving the business toward fine jewelry and sustainability. “Crystals shouldn’t cannibalize these lab-created stones. It’s a different process and a different vision.”

Cruz is likewise onboard with that plan. “I want to be able to create things that more people can afford — to be able to do both is great,” she says. 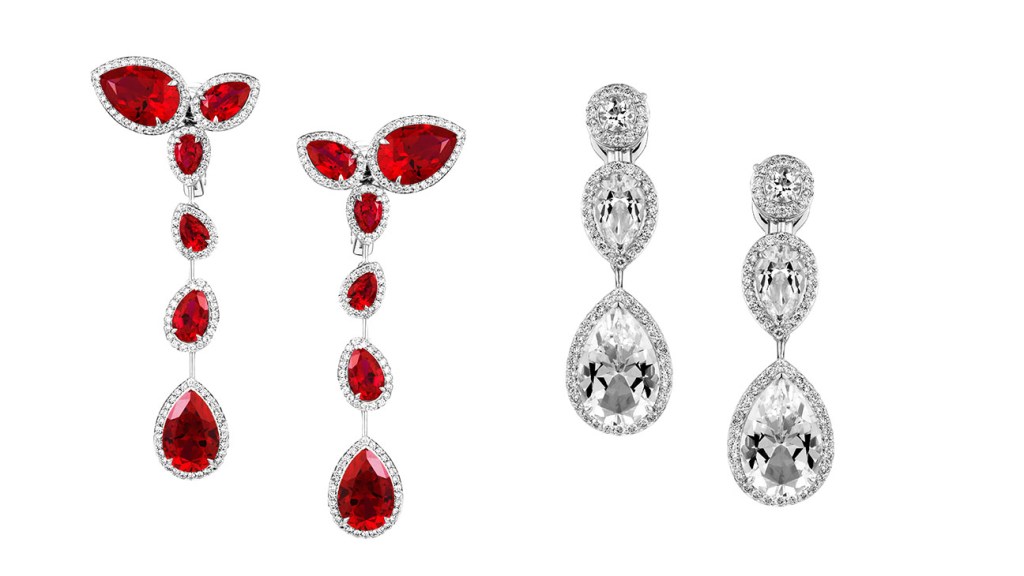 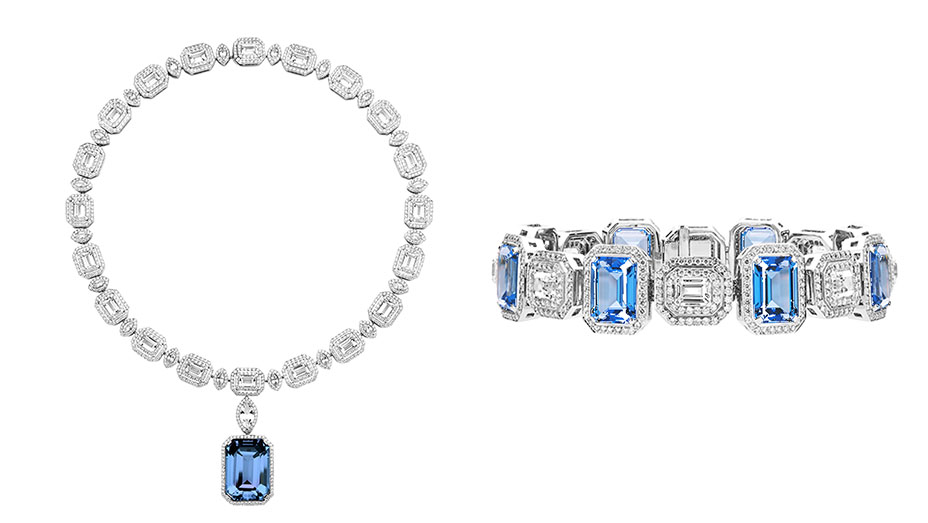