It’s been 30 years since the first chilling adaptation of Stephen King’s Pet Sematary hit theaters in 1989.

The film follows the Creed family after Louis (Dale Midkiff) moves his wife, Rachel (Denise Crosby), and two children from Chicago to rural Ludlow, Maine for a new job. When the Creeds’ cat gets hit on the busy road next to the family’s new home one day, Louis’ older neighbor Jud (Fred Gwynne) reveals an Indian burial ground that may be able to bring it back.

The cat returns, but there’s something noticeably sinister about it, and when the Creeds’ youngest child, Gage (Miko Hughes), gets hit by a truck on the same road, Louis ignores the warnings of others and buries his son in that same “sour ground.”

Written by King and directed by Mary Lambert, the film grossed more than $57 million at the box office before developing a cult following. Almost exactly 30 years after the original’s release, Paramount Pictures’ modern re-imagining of Pet Sematary, starring Jason Clarke, Amy Seimetz and John Lithgow, was released on April 5.

In addition to stars Dale Midkiff, Denise Crosby, and Miko Hughes, the film features Blaze Berdahl, who played the Creed’s daughter Ellie before going on to star in the ’90s kids show Ghostwriter and more recently voicing Cheetah in DC Super Friends. The Crucible. Actress Mara Clark, Michael Lombard and Kavi Raz round out the cast of the original film.

Read on to see what the stars of the original Pet Sematary have been up to since the 1989 film was released.

In Theaters This Friday: Reviews of 'Best of Enemies,' 'Pet Sematary,' 'Shazam!' and More 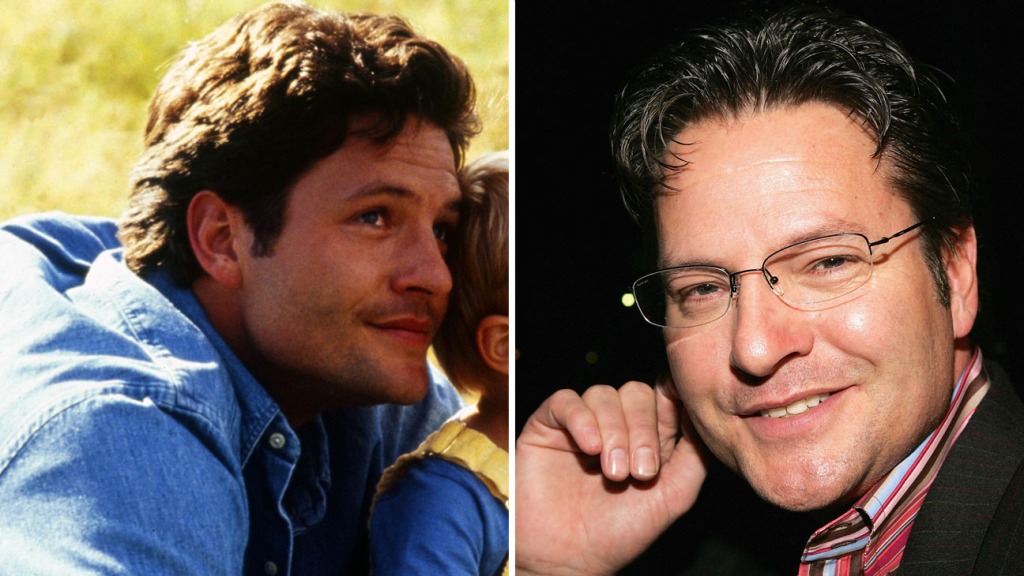 Midkiff played the newest doctor at the University of Maine’s health center and a progressively desperate patriarch. Louis first turns to the pet cemetery when his daughter’s cat dies but returns against the warnings of others in hopes that he can bring back his son after a tragic accident.

Before starring as the head of the Creed family, Midkiff appeared off Broadway as well as in leading roles for several TV movies. Most notably he portrayed Jock Ewing in the Dallas prequel, Dallas: The Early Years, and Elvis Presley in the adaptation of Priscilla Presley’s book of the same name, Elvis & Me.

After appearing in the 1989 film, Midkiff starred in Falcon Down, opposite William Shatner and Judd Nelson, and in a handful of TV series. Such series include Time Trax, a sci-fi drama about a time-traveling fugitive hunter, and the western drama The Magnificent Seven, alongside Ron Perlman, Nashville and Without A Trace star Eric Close and former Walking Dead actress Laurie Holden. He has also had a number of TV guest appearances on CSI, Dexter, Criminal Minds, Lie to Me and Castle.

Gwynne played the Creeds’ neighbor, who leads Louis to the Indian burial ground and shows him how to revive the family cat. It’s a decision Jud ultimately regrets when Louis tries to bring back his recently deceased son Gage.

Gwynne began his career in the 1950s, with one of his first significant projects being an uncredited role in the Oscar-winning Marlon Brando starrer On the Waterfront. The actor also appeared alongside Michael Douglas and Glenn Close in Fatal Attraction and in Francis Ford Coppola’s The Cotton Club, which starred Richard Gere, Diane Lane and Gregory Hines. While he had plenty of dramatic roles, including a robust history as a stage actor, Gwynne is arguably best known for playing Herman Munster in The Munsters.

When he wasn’t acting, Gwynne wrote and illustrated children’s books A Chocolate Moose for Dinner and A Little Pigeon Toad, among others. His role as Jud Crandall would serve as one of his final projects before his death in 1993.

As Louis Creed’s first and, eventually dead, patient, Greenquist’s role as the ghastly ghost of Victor Pascow foreshadowed the dangers that lay in the “sour ground” near the Creeds’ family home. After appearing in the horror pic, Greenquist spent the next two decades guest starring on broadcast series like Law & Order, Living Single, Nash Bridges, Walker, Texas Ranger, Alias, ER, Heroes and Bones, among others. The actor also notably appeared in several Star Trek and CSI series.

On the big screen, Greenquist was cast alongside Will Smith in the 2001 Ali biopic, in the Robert Pattinson- and Reese Witherspoon-led Water For Elephants and later in James Wan’s horror pic Annabelle: Creation. His more recent work includes smaller roles in The Leftovers, Grimm and Scandal. 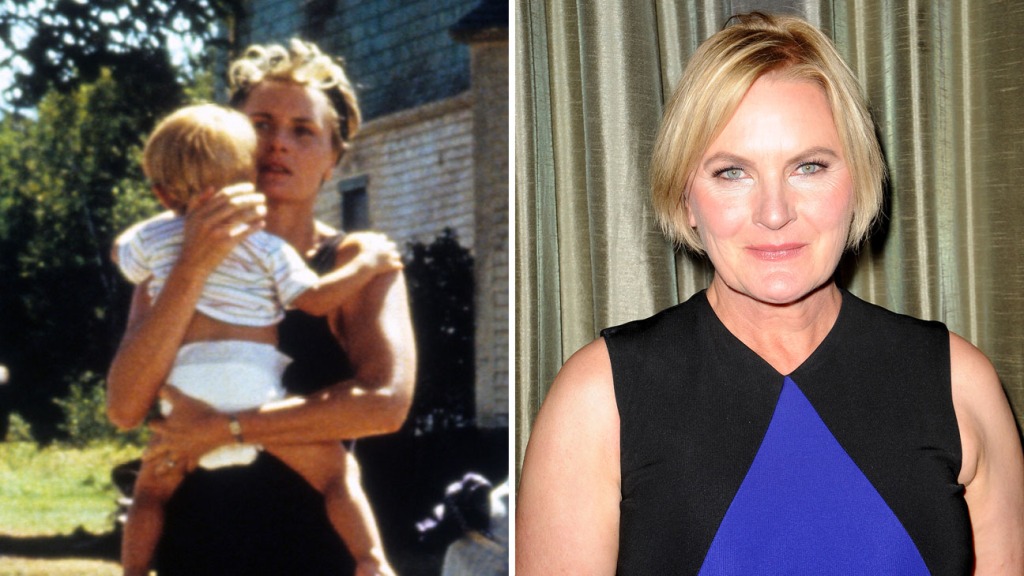 Denise Crosby portrayed Rachel Creed, a mother and wife who is haunted by the death of a sickly aunt and winds up tangled in the web of her husband’s dangerous decisions.

Crosby starred in a number of projects before Pet Sematary and has appeared in several TV series and films since. She spent several seasons on Star Trek: The Next Generation, first as security chief Tasha Yar and then as her daughter Commander Sela. She also voiced various characters for the Trek video games Star Trek: Armada and Star Trek Online.

On the big screen, she starred in the films Deep Impact and Quentin Tarantino’s Jackie Brown, in addition to a more recent recurring role on Showtime’s Ray Donovan. She has also had short arcs on series like Lois & Clark: The New Adventures of Superman, Southland, Mad Men and The Walking Dead, and small roles on The Magicians, Scandal, Bones, Prison Break and in the most recent season of How to Get Away With Murder.

In one of her earliest roles, Susan Blommaert played Missy, the pain-addled help to the Creeds in their new Ludlow home. Since starring in Stephen King’s dark world of reanimation, Blommaert has bounced back and forth between comedic and dramatic projects. Her movie credits include 1997’s kid comedy Mousehunt, Tim Burton’s Edward Scissorhands and Oscar nominee Doubt.

She’s spent significantly more time on the small screen, however, guesting on The Drew Carey Show, Ally McBeal, The Good Wife, Boardwalk Empire, Mozart in the Jungle and Bull. She’s also had a number of recurring roles in broadcast series, including The Practice, Law & Order and The Blacklist.

Prior to playing Rachel’s supportive mother in Pet Sematary, Wilson had a run on Norman Lear’s original One Day At Time and starred on the short-lived sitcom The Thorns.

The actress’ next credit after the horror film was alongside Meryl Streep and Roseanne Barr in the comedy movie She-Devil, a project she followed largely with guest spots in a series of TV shows, including The Sopranos, Frasier and more recently Nurse Jackie, Devious Maids and Orange Is the New Black. Most recently she appeared in the Sandra Bullock and Cate Blanchett-led installment of the Ocean’s franchise, Ocean’s 8. 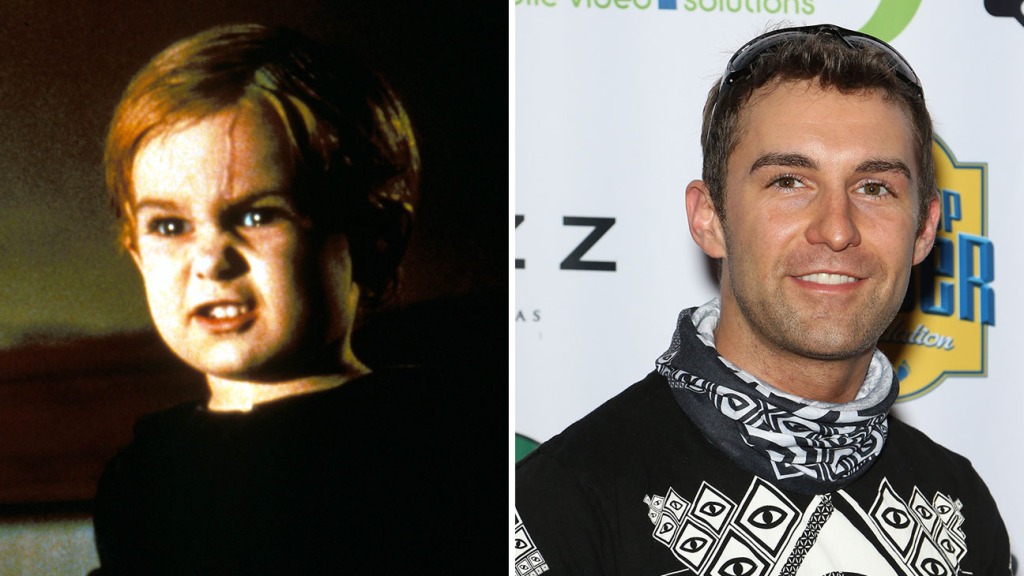 At the age of three, Hughes played the youngest character at the terrifying heart of the story. The only son of Louis and Rachel Creed, Gage was struck by a truck on the busy road next to the family’s Maine home, but is brought back with the help of Louis and the cemetery.

Hughes’ next big-screen roles would see him in Kindergarten Cop, Wes Craven’s New Nightmare, Mercury Rising and Apollo 13, alongside Tom Hanks, Kevin Bacon and the late Bill Paxton. On the small screen, the Pet Sematary star appeared in TV series Beverly Hills, 90210; Melrose Place; Roswell and Boston Public, in addition to recurring as Michelle Tanner’s classmate in Full House between 1990 and 1995.

The actor’s career has also included voice acting for the 1999 film Baby Geniuses and the animated TV series Life with Louie, which was based on comedian Louie Anderson’s childhood.