Peter Jackson’s latest work as a director, the gripping World War I documentary They Shall Not Grow Old, couldn’t be further from his filmmaking origins in deliriously graphic horror-comedy. Ironically, though, it’s precisely this reverential tribute to the heroes of the Great War that is inadvertently inspiring him to return full circle to the cult splatter flicks of his early years.

They Shall Not Grow Old, which premiered at the London Film Festival in October, wowed critics with its film-restoration wizardry, a new set of digital techniques that were pioneered by Jackson’s team to transport forgotten WWI soldiers across a 100-year yawn of history into the present day — in vivid, ravishingly detailed color 3D.

Deploying the full firepower of his Weta Digital VFX studio (which was built to service the Lord of the Rings and Hobbit franchises), Jackson’s digital army assembled the documentary from more than 600 hours of archival footage supplied by Britain’s Imperial War Museums, tirelessly upgrading and colorizing the scratchy images, while also tweaking frame rates and utilizing CGI modeling techniques to give the scenes a natural sense of presence.

Professional lip readers were then employed to scrutinize the silent footage so that the soldiers in the frame could be given their voices back by professional actors. Thanks to the old-school magic of editing, the footage is then arranged so that the long-dead soldiers tell the story of WWI in their own words, from a first-hand perspective never quite seen before.

With such powerful tools at his disposal, it’s unsurprising that Jackson would start casting around for other opportunities to practice this digital alchemy. As it happens, he’s settled on his own cinematic history for revivification next.

“I’ve decided to go back and do this to my old films — the first four I made, which I own but never rereleased,” Jackson tells THR. “I’ve done some tests on Braindead [his third film, from 1992, also known as Dead Alive and now widely regarded as a classic of the zombie genre], where we took the 16mm negative and put it through our World War I restoration pipeline — and shit, it looks fantastic!” 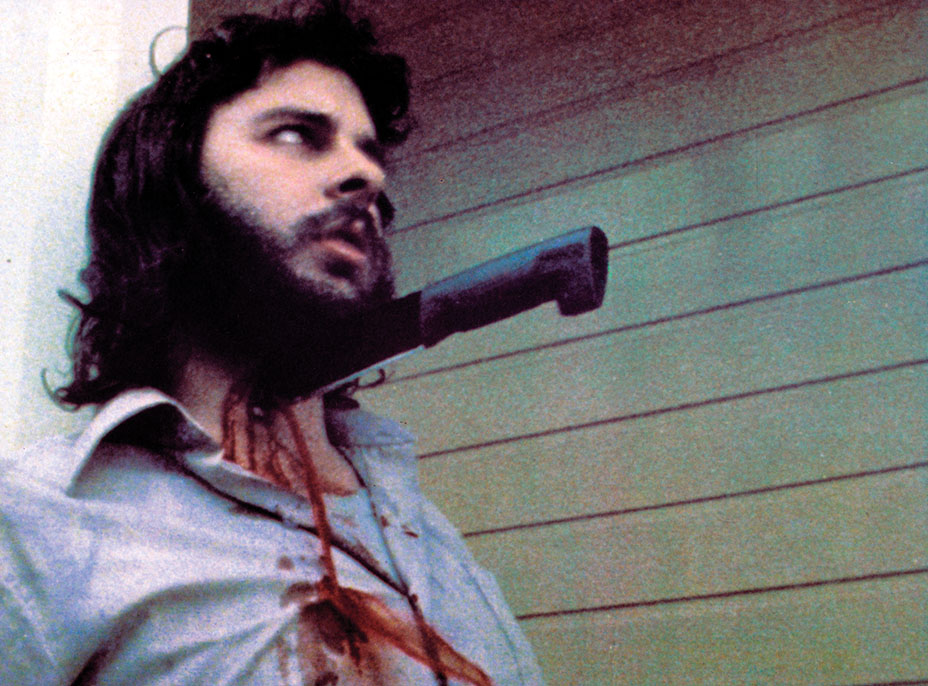 Jackson’s first four films were all famously made on shoestring budgets, although progressively less so as his stature grew. His sci-fi splatter debut, Bad Taste, which caught buyer attention at the Cannes film market back in 1987, was made for just $25,000 with most of the key cast and crew comprised of Jackson’s friends working for free. His hallucinatory follow-up, the pitch-black puppet comedy Meet the Feebles (1989), cost an estimated $750,000 (the limited cash coming from mysterious investors in Japan), while Braindead ran just $3 million and his first Oscar nominee, the psychological drama Heavenly Creatures, came in at $5 million (with a young Kate Winslet in her big screen debut).

Although all of the films are now regarded as cult classics, none has ever been digitally restored and reissued on blue ray or HD streaming — and not for lack of trying on the part of international distributors.

Jackson says he routinely has been approached about rereleasing his early works, but he always declined, not wanting to commit unless he could personally supervise the process. He says he’s never had the time — until now. “I’m pretty keen to actually just get them back out there again,” he says. “That’s sort of my plan for now: to do a nice little box set — the early years! The naughty years!”

In addition to using his new restoration pipeline to upgrade the films into immaculate 4K, Jackson also plans to retool the audio, giving fans the opportunity to savor every fleshy squelch, bone crunch or blood splatter in high definition sound. “The mixes on those films were pretty much all stereo in those days, so we’re going to get the old soundtracks out and do a 5.1 mix,” he says. 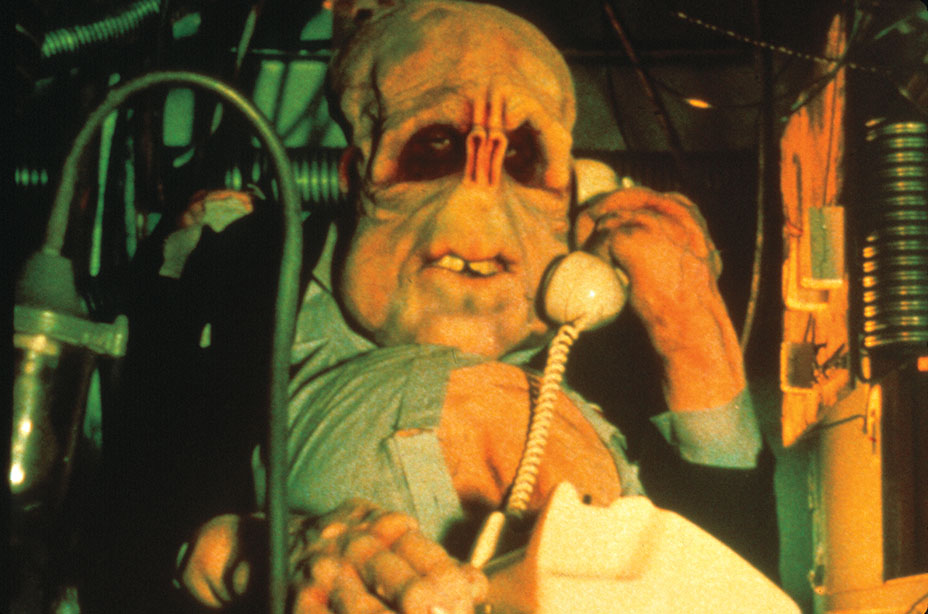 Jackson says Bad Taste, which revolves around aliens invading a fictional New Zealand village to harvest humans for an intergalactic fast food franchise, is the film in most desperate need of restoration, because of the DIY nature in which it was made. Jackson shot the film over a period of four years, working on it only on the weekends, because he still had a day job as a photo engraver at a local New Zealand newspaper at the time.

The film was shot on 16mm, and Jackson stored the negative under his bed during the lengthy production. “I knew it was a precious thing, but I didn’t have anywhere to put it, so I shoved it under my bed,” he remembers. “Then when I finally got the funding to do the finished Bad Taste film, there was damp mold and mildew all through the bloody neg, and you can sort of see it in some shots.”

“So I’m looking forward to tidying that up!” he adds. “Even if it’s just removing the mold from Bad Taste, that will be a very good thing to do.”

Jackson’s hardcore splatter fans — who arguably rival Lord of the Rings and Hobbit aficionados in zeal, if not quite in number — will also be happy to hear that he’s planning to beef up his intended box set by finally digging into a trove of behind-the-scenes footage that was collected during the making of his early movies.

“And it’s not just people talking to camera,” he adds. “It’s actually a guy on the set filming us making the film. So there’s some pretty interesting stuff there and none of it has ever been out.”

Jackson and his team plan to comb through the footage, restore it as necessary and assemble a documentary to go with the box set.

No deal for the reissues has yet been signed, but Jackson insists he isn’t too concerned about it. “It’ll be online streaming, iTunes and all that sort of stuff, I assume.”

Instead, he’s just happily forging ahead with the restoration process. “The good thing about owning a facility like [Weta digital] is that I can just restore my old films and I don’t have to worry about it,” he says. “We’ll do a deferred payment to the facility once we get a deal.”

Having become one of the most commercially successful filmmakers in the world also entails some drawbacks, though. And Jackson isn’t averse to waxing nostalgic about his splatter film days (Meet the Feebles, for example, was the first film co-written with Fran Walsh, who later became his life partner and a co-writer and producer on all of his subsequent films). “There was a degree of freedom that we used to have in those days that you lose to some degree — that sense of naughtiness,” he says.

While making Meet the Feebles, Jackson and his crew (most of whom were, again, his friends) followed just one creative guideline: “Our only philosophy was that we were going to be as disgusting as we possibly could,” he says. “And we didn’t have any studio types on set or reading with us, because there was no script to read, really — we were just writing it as we went along.”

Could a self-produced, mature-phase Peter Jackson splatter flick someday be in store — with all of his Hollywood-enhanced resources brought to bear?

“Oh, I’m very happy to be disgusting again if the right project comes along,” he says, gleefully. “It would be interesting to see how disgusting Fran and I could be in our older age compared to our younger years because we’ve learned a few things since then. We know a little bit more about the world than we did then, so maybe our levels of disgusting could go into whole new places!” 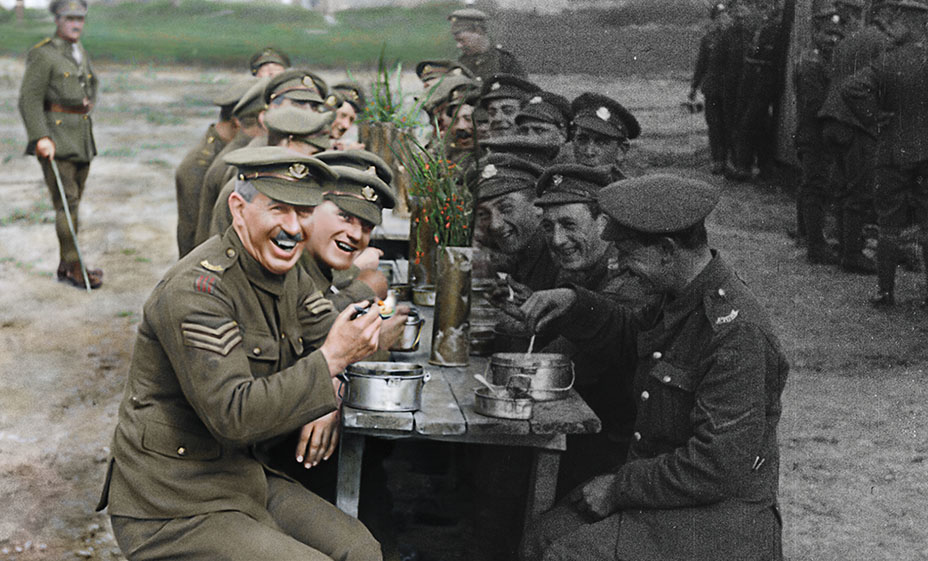 With 'Mortal Engines,' Peter Jackson Passes the Baton to His Protege

A version of this story first appeared in the Dec. 5 issue of The Hollywood Reporter magazine. To receive the magazine, click here to subscribe.