In the past few years, writer Tom Taylor has built a dual reputation for both coming up with new takes on familiar characters in projects like Injustice and All-New Wolverine, and also creating brand-new concepts like Netflix’s successful animated series The Deep. His latest project, created in partnership with Star Wars Adventures and Batman/TMNT artist Jon Sommariva, combines both appeals as it brings a new spin to Peter Pan’s old stomping grounds, in the young adult graphic novel series Neverlanders.

The YA graphic novel is now slated for a summer 2022 release date from Penguin Random House, which has purchased the rights.

“A few years ago I was away in Fiji with my family, and I was supposed to not be working. I didn’t even have my laptop with me. But one night, instead of sleeping, the idea of Neverlanders came to me,” Taylor told The Hollywood Reporter about the origins of the series. “Over the next few hours, I filled a hotel notebook with the start of this story. Before I fell asleep, I’d already messaged Jon Sommariva with the idea, and the biggest twists and turns.”

“I had been wanting to work with Tom for years,” added Sommariva. “I witnessed this guy go from an unknown [to comics] playwright wanting to write comics to a guy who just wrote some local Indy comics to quickly becoming one of the top writers in our industry. All throughout our paths crossed and we flirted here and there with wanting to work together but the timing was just never right, until it was! I had the itch to create something original, ‘creator-owned’ and was talking to various writers about collaborating when out of the blue Tom wrote to me with this idea. He pitched it via text messages and like a true writer I was more and more hooked with each text until Pow! He hit me with the hook of the story — We’re telling the tale of the Last Lost Boy — and just like that I was all in.”

Neverlanders is more than just the story of the last living Lost Boy, however; it’s a fantasy about the runaways that have been brought to Neverland by that Lost Boy, to witness the war zone that it’s become without Peter Pan. Together, the group has to work with General Tinkerbell and her fairy army to deal with the pirate threat and save the realm — or, at least, keep it safe until a new Pan arises.

“While it is a lot of fun working on huge franchises that everyone knows and that I have been a fan of since childhood, there is no better feeling than being able to bring your own characters and the worlds they inhabit to life,” Sommariva said. “Neverlanders is the best of both worlds. There is a familiarity to Neverland and its inhabitants, but we are also able to use that as a starting point to create a whole new set of characters and creatures along with our version of Neverland. I get to draw and reimagine mermaids, goblins, pirates, fairies and our version of the lost ones. It’s an artist’s dream playground.”

“Neverlanders is a story for now. It feels like the exact right time for an epic tale of young people fighting for their future and standing against short-sighted, greedy adults,” teased Taylor.

Beyond Taylor and Sommariva, the creative team for the series includes Michele Assaraskorn (Isola) on colors and Wolfgang Bylsma on letters. 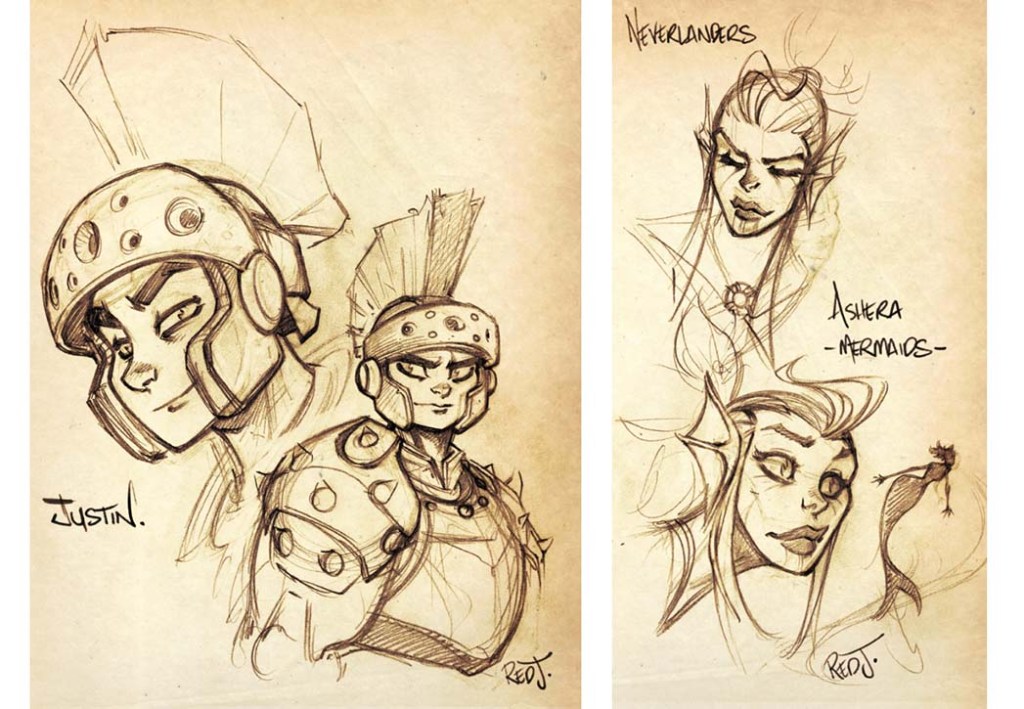 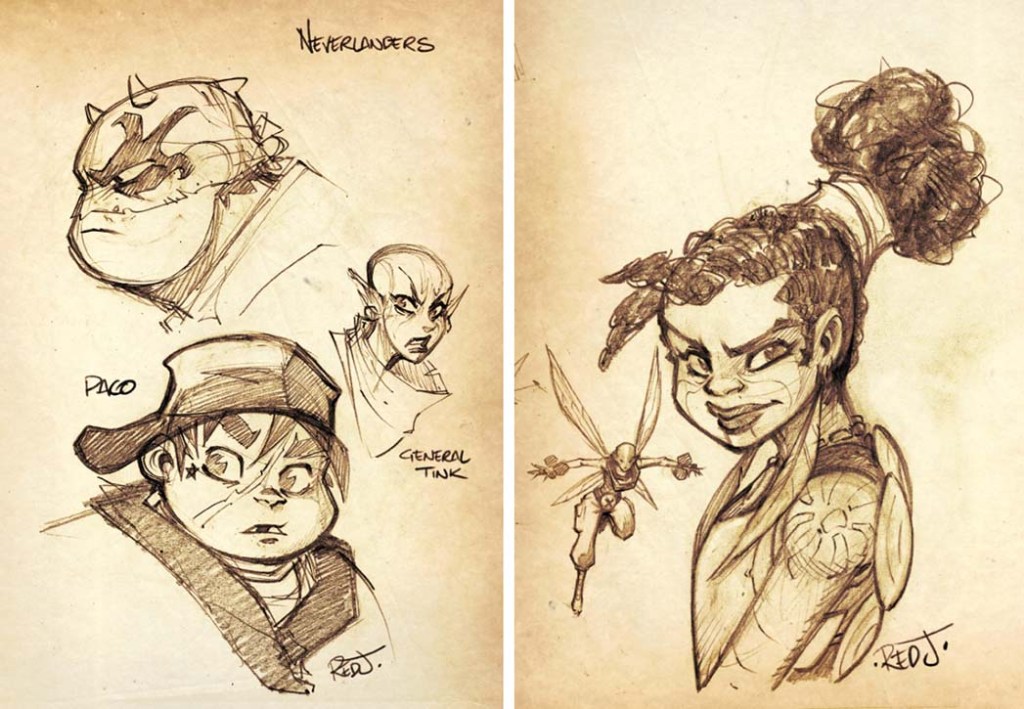 Neverlanders has been purchased by Chris Hernandez for Penguin Random House’s Razorbill imprint. Josh Adams at Adams Literary handled the two-book deal for Taylor and Sommariva. French language rights were bought by Olivier Jalabert at Glenat, also at auction.

“Razorbill is an imprint known for publishing bestselling young adult properties and being the home for risk-taking commercial books, so Neverlanders was a perfect fit for us,” Hernandez said. “I’ve loved the story of Peter Pan for years because of its weirdness and for its imagination, and the way it captures the spirit of youth. And I was blown away by Tom and Jon’s edgy vision for this reimagining. It feels so fresh and so fitting for the world we’re living in now. A story about a group of teens who feel left behind and forgotten, but are given the chance to make a difference — to take on adults clouded by their own self-interests — and are willing to sacrifice everything to protect their new found family. Neverlanders both honors the classic story but also make it relevant and exciting for today’s readers — but I would expect nothing less from the amazingly talented team that is bringing this series to life.”

“I couldn’t be more excited to sign a two book deal with Penguin Random House. Knowing we’ll have that penguin on the spine of our book is a bit of a dream come true,” said Taylor. “Chris Hernandez and everyone at Razorbill are giving Jon and I the opportunity to tell a very big story here. We can’t wait for the world to join Bee and the rest of the Lost Ones on their adventures.” 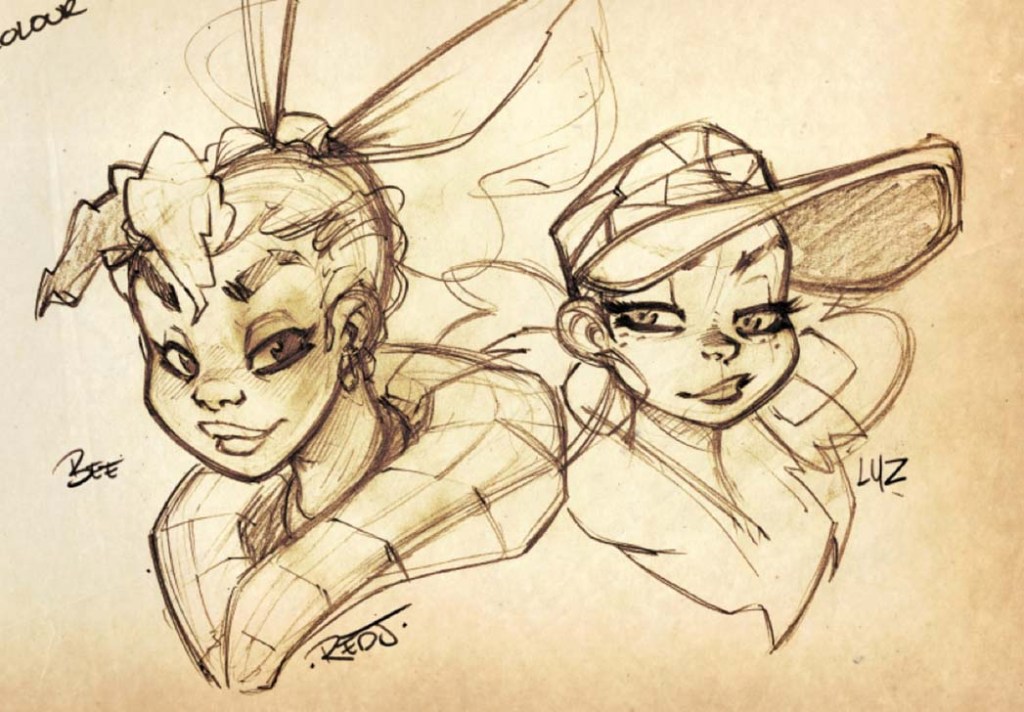 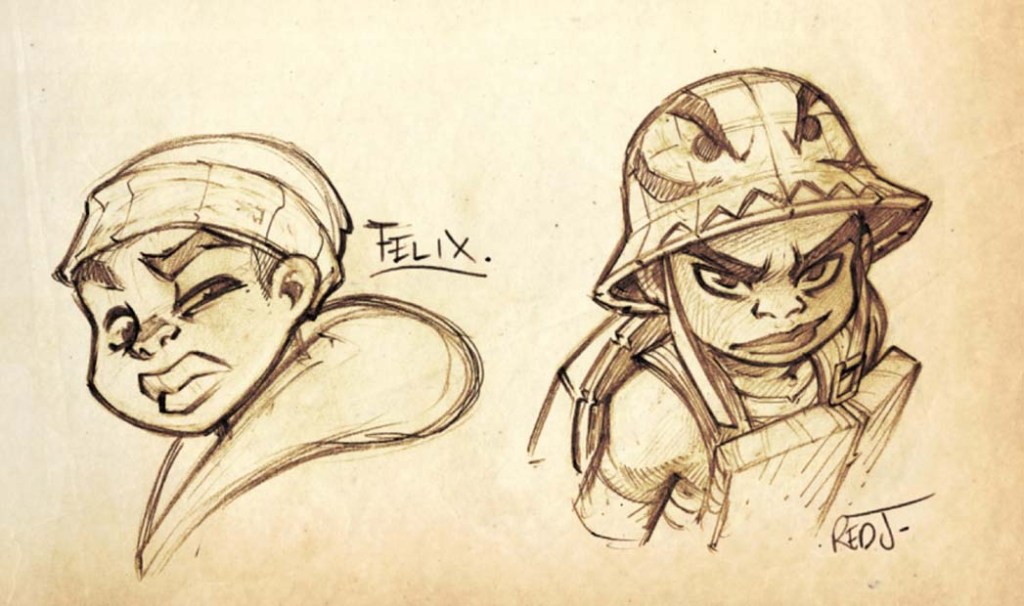