Peter S. Davis, the colorful producer on the Christopher Lambert-starring 1986 film Highlander that launched a bevy of sequels, television offshoots and video games, has died. He was 79.

Davis died Sunday in his sleep at his home in Calabasas, his son, Joshua Davis, told The Hollywood Reporter.

Highlander began as an overlooked script about immortals written by UCLA undergrad Gregory Widen. Davis convinced Fox and Thorn/EMI to back the movie in the early ’80s and recruited Sean Connery to play Juan Sánchez-Villalobos Ramírez.

Lambert, born on Long Island but raised in Switzerland, was tapped to play the lead before Davis discovered that the actor was not fluent in English. Still, Lambert’s turn as Connor MacLeod attracted a cult following, first in Europe and then on VHS home video.

Under the supervision of Davis and his late longtime producing partner, Bill Panzer, the century-hopping tale grew into a franchise that now consists of four features, more than 140 episodes of television, an animated series, a sword business and an iconic Queen soundtrack. 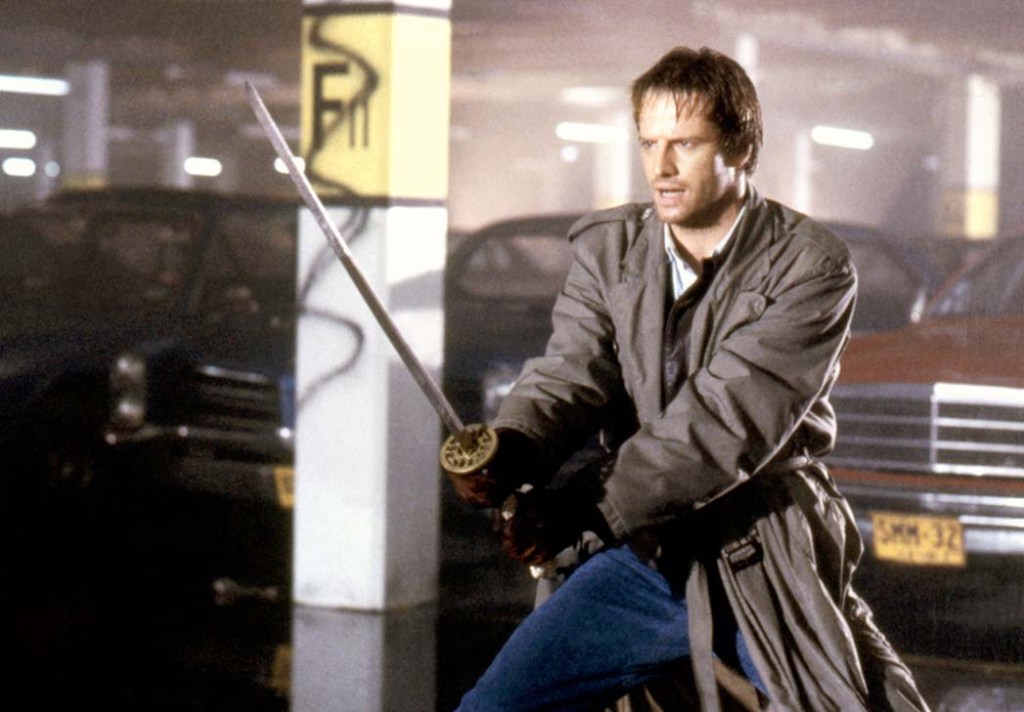 Going after Connery was his idea, he said a few years ago.

“I thought he would be great in the role, but I was discouraged by everyone,” he recalled. “Everyone told me there was no chance in the world I’d get Sean Connery. I talked to his agents at the time, and they said, ‘Davis, just make an offer … you know he’s a very well-paid actor. Make an offer.’ I offered $300,000 for one week’s work. They told me I was far off the mark. But then, I upped the ante from $500,000 to $700,000. Still nothing. So finally, his agents said, ‘Peter, we like nice round numbers.’ So we offered a million.

“That got the script to Sean. We immediately heard back that he enjoyed the piece if he got to make certain changes to broaden the role. We finally settled on the million for the week’s work. David Tringham, who was first assistant director on the film — from the old school of filmmaking — told us shooting Sean would be near impossible in a week. But they made it work. David, director Russell Mulcahy and production designer Alan Cameron built the [interior] sets back to back to back so Sean could be moved from one scene to the next. Russell shot the shit out of it and managed to get true value out of our million dollars.”

As his son wrote, Davis “was a fixture of the independent film world, lunching at Le Dome or Ago in purple sunglasses and piloting a red convertible Maserati around town. In May, he decamped for the bar at the Majestic in Cannes, often trying to gin up foreign sales with posters for films that didn’t yet exist.

“For years, he lived on La Costa Beach in Malibu surrounded by dogs and fish tanks filled with moray eels and clown fish. He was an inveterate entrepreneur whose drive led him to start companies that ranged from an exotic car dealership on the Sunset Strip to an install-at-home pole dancing supply shop. He approached each endeavor with the same combination of intense focus, legal insight and unbuttoned paisley shirts.”

Davis, who began his career as a Wall Street lawyer and launched his own firm in his 20s before coming to Hollywood in 1977, was at work on a Chad Stahelski-directed Highlander reboot with producer Neal H. Moritz at Lionsgate. His son, a co-founder of Epic magazine, said he will step in as a producer to help complete the project.

“In one of our last conversations, I asked him if he was going to retire after the Highlander reboot gets made at Lionsgate. I was trying to get him to think about slowing down, getting a hobby perhaps,” his son said. “But he just looked at me and said, ‘Josh, after we make this movie, we’re going to make five more.'”

Borys Kit contributed to this report.