Hollywood car films are often big on drama and short on automotive detail, much to the consternation of car aficionados. But James Mangold’s Ford v Ferrari wanted to ensure it ticked both boxes, coupling an engaging narrative about the rivalry for race car supremacy at a crossroads in racing history with an accurate re-creation of the sights and sounds of the 1960s competitive car world.

That meant shipping in cars — now collectors’ items — from the period. In the film’s stylish Ferrari plant, a red-trimmed, 1957 convertible Ferrari 625/250 Testa Rossa and the Italian automaker’s blue-striped, 1961 Ferrari 250 GT SWB SEFAC, high-powered racing cars, sit idly in the background. The vehicles helped not only to change automobile design right down to the fiery Ferrari red of the Testa Rossa, but also to change attitudes about the potential for combining form and function.

Fans of the film can view the Ferraris and three other cars that influenced 1960s sport and racing car design at the Petersen Museum. The Ferraris and a 1962 Shelby Cobra are part of the museum’s “Winning Numbers: The First, The Fastest, The Famous” exhibit on the second floor. A 1952 Ferrari 212/225 Barchetta and 1967 Ford GT40 Mark III are on display in other parts of the museum. 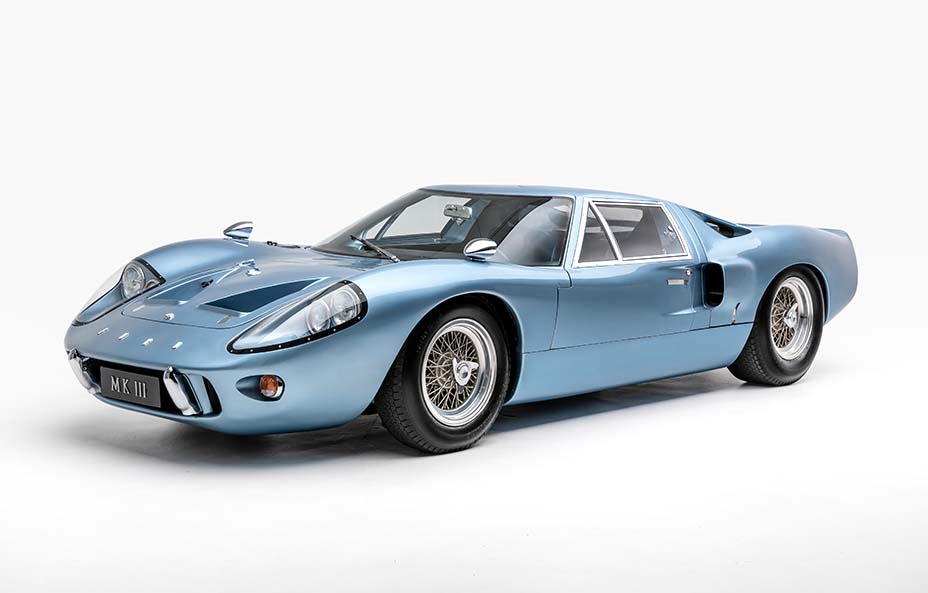 “Winning Numbers” spotlights 10 high-performance racing cars of historical significance from the private collection of Petersen founding chairman Bruce Meyer. The exhibit runs through Jan. 19, although the Ferraris will take a hiatus starting Nov. 14 before returning to the museum a week later.

Meyer, whose vintage Packard appeared in the 1974 Great Gatsby with Robert Redford, had not loaned cars from his collection for years after a few of them were damaged. But the production company behind Ford v Ferrari promised that the Ferraris they were eyeing would only appear in the background and that Meyer’s longtime curator, Tom Kenney, could keep watch during filming. “They gave me full assurances,” Meyer said, adding: “The cars set the tone of the period.”

The Ferraris are rare collectibles of enormous value. While Meyer, who drives the Ferraris frequently, prefers not to discuss the worth of his cars, an unrestored 1957 Testa Rossa reportedly sold for more than $39 million in 2014. “You don’t normally see the quality of these cars in a film,” he said. 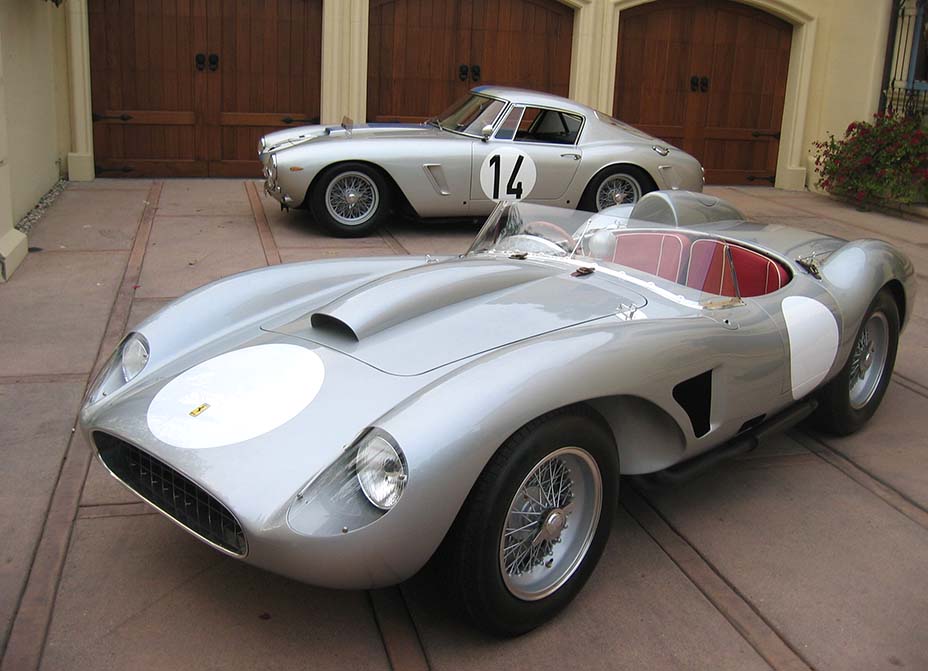 Ford v Ferrari tells how the Ford Motor Company developed a high-performance racing car that could defeat Ferrari in the world’s oldest, most prestigious automobile race, the 24 Hours of Le Mans. The Italian car manufacturer had dominated the annual event, which follows a roughly eight-mile oval over track and adjoining roads in the northern French city. Ferrari won easily from 1959 to 1965.

The plot recounts the desperate attempt of Ford CEO Henry Ford II to best Ferrari after revered founder Enzo Ferrari rebuffed Ford’s efforts to acquire his company. It is an odd David and Goliath story, given that America’s auto giant plays the role of David as it tries to compensate for years of Italian technological superiority in a few months. Ferrari had pioneered a potent combination of increasingly powerful engines with super-light chassis. The Le Mans-winning Ferrari cars’ top lap speeds rose from 125 to 142 mph during their streak.

That the cars were also aesthetically pleasing, a quality that Enzo Ferrari was quick to highlight, added to their mystique and galled Henry Ford. In his Quixotic venture, Ford enlisted Carroll Shelby, a former Le Mans winner (for Aston Martin) who’d turned to designing because of heart problems. Shelby, played by Matt Damon, believed he could beat the Italians by meshing a powerful V8 engine with a lighter, sturdier design that could withstand the demands of 24-hour racing. He hired his friend, the talented British driver Ken Miles, played by Christian Bale, to test his Ford GT40 MK.II model on Southern California tracks. (The Petersen collection’s Mark III is a oad car version of the MK.II racer.)

“Winning that race was everything,” Meyer said. “They were not going to stop.” 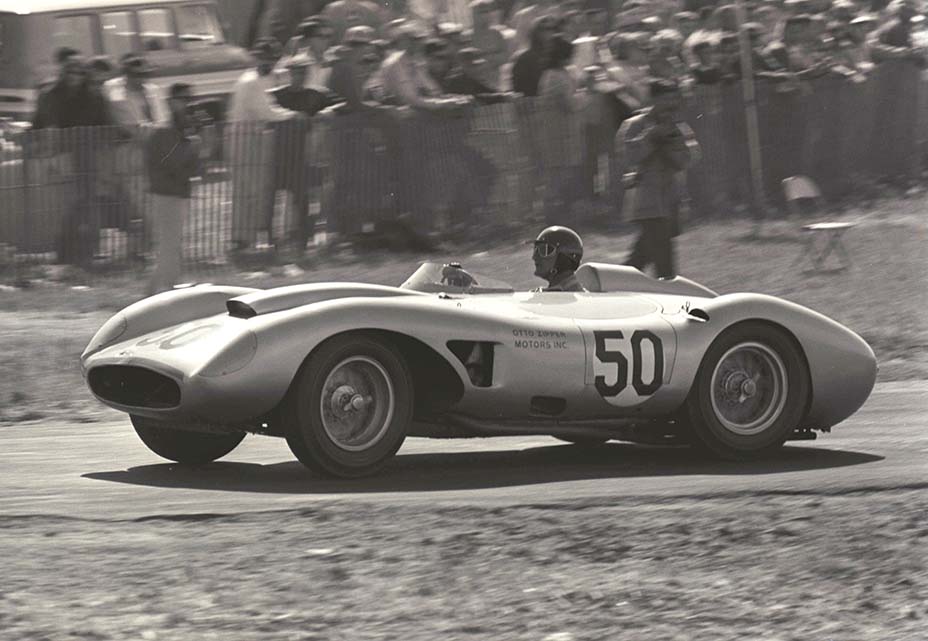 The film covers the odd but productive relationship between Shelby and Miles, who would win the 1966 24 Hours of Daytona and the 12 Hours of Sebring, the other crown jewels of endurance racing, and Ford’s triumphant but controversial conclusion to the French race. To this day, Miles, who would die later in the year while testing another Ford at the Riverside International Raceway in California, remains the driver closest to winning all three races in one year. “The Ford team discovered power and reliability,” Meyer said.

How 'Ford v Ferrari' Team Filmed an Epic Race: "It's Almost Like a Gunfight"

Meyer felt a particular pull to the project. Shelby, who died in 2012 at age 89, was a good friend whose Ford success helped popularize U.S. auto racing. The iconic Cobra and Mustang vehicles that bear his name symbolized new technological and design prowess — a high-performance hybrid of muscle and sports cars. The 1962 Cobra, a first production line of the Cobra model, would test ideas that became part of the GT40 MK.II Ford. “Creative doesn’t begin to describe Carroll,” Meyer said. 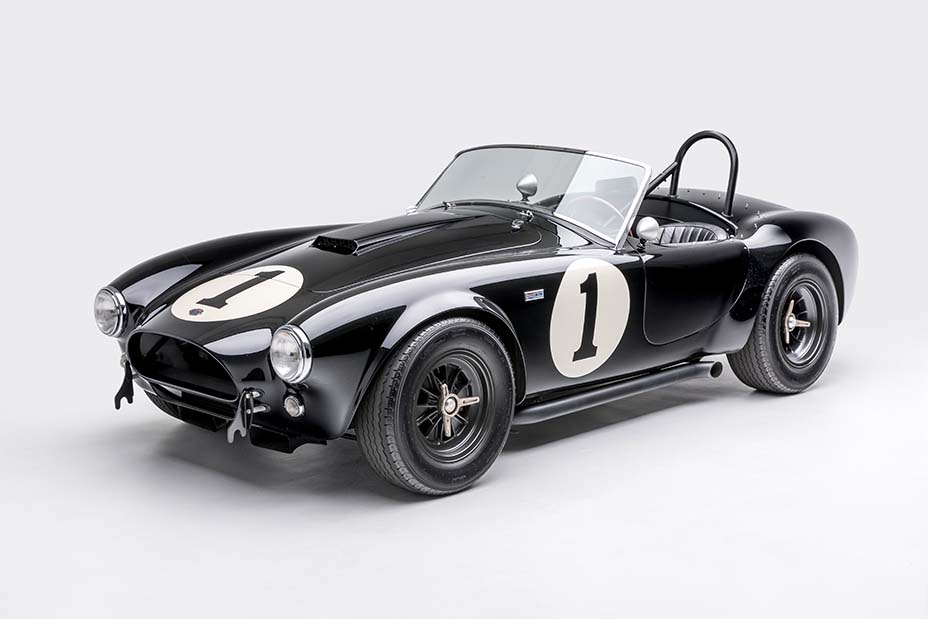 Another friend, the comedian and car buff Adam Carolla, produced a 2016 documentary about the 1966 race, The 24 Hour War. Over the years, Meyer developed a friendship with Miles’ son, Peter, who was a student at Hollywood High School as his father worked on the Ford project. “The story was close to home,” Meyer said.

The 69-year-old Miles said that the filmmakers took “some liberties” with the plot and personalities. In one scene, Bale’s Miles throws a wrench. “My father’s temper was never that bad,” Miles said. They also missed on some of the car terminology. But Miles said that “the sound and music are fantastic,” and in the end, the technical details are “close enough for us car guys.” 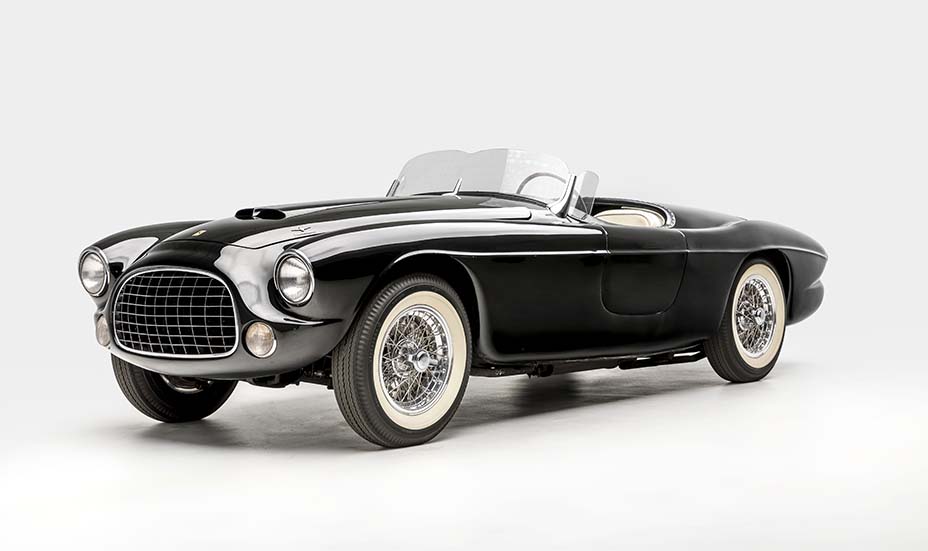