Plus, he designed the logo for ESPN in 1983 as well as those for the History channel and the rock band .38 Special.

Gips’ poster for Alien (1979) depicts an egg cracking and emitting an eerie green glow as it hovers over an otherworldly topography. The tag line, “In space no one can hear you scream,” was written by his wife, Barbara.

“It was an image that spoke instantly of some unimaginable terror,” The Telegraph wrote in 2014. 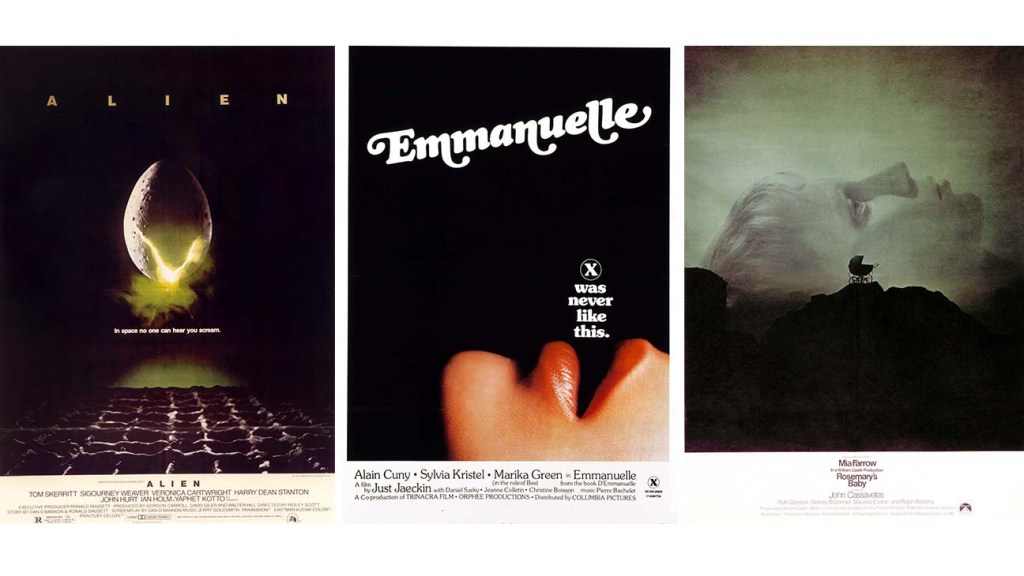 His artwork for Rosemary’s Baby (1968), “like all the best movie posters … doesn’t depict a scene from the film,” one critic once wrote. “We see the silhouette of a pram on harsh, rocky terrain, set against a sickly green background. Mia Farrow’s upturned face looms behind it, as though the titular mom were lying supine: mindscape as landscape.”

In 2001, Premiere magazine placed three of his works — for Alien, Rosemary’s Baby and Downhill Racer — on its list of the “50 Best Movie Posters of All Time.”

Born on March 28, 1931, in the Bronx, Gips graduated from the Cooper Union and the Yale School of Art and Architecture.

In the early 1960s, he opened a Manhattan-based advertising firm with Lou Klein, then partnered with the late Stephen Frankfurt to launch Frankfurt Gips Balkind, a venture that lasted into the early ’90s.

Two of Gips’ pieces reside in the permanent collection at the Museum of Modern Art in New York: Imported From Sweden (1973) and the movie poster for Emmanuelle (1974).