In The Photograph, the romance is meant to be both captivating and realistic. Meet-cutes have that necessary spark but director Stella Meghie makes a point of avoiding cliches, saying she opts for characters, especially women, to be “grounded.”

As the filmmaker explains, for romance movies — comedies and dramas alike — to be successful, the audience has to be invested in more than just the relationship. “I think it has to be a coming of age story first before it can be just a romance,” Meghie tells The Hollywood Reporter. “Audiences are kind of done with that silly girl who’s clumsy and doesn’t realize the nice guy standing in front of her.”

Box Office: 'Sonic the Hedgehog' Speeds Past 'Call of the Wild' With $26.3M

The Photograph, which stars Issa Rae and Lakeith Stanfield, is a generational love story, where a daughter (Rae) is forced to reckon with her mother’s past — and her own.

In a recent conversation with THR, Meghie opens up about the real-life inspiration for one of the film’s love stories, shifting from romantic comedy to drama and excitement over her next project — a Whitney Houston biopic.

The Photograph hit theaters on Valentine’s Day, and now with theaters shuttered, it is making its VOD debut. How does it feel to see your film impacted this way by the pandemic?

I’ve been watching, and renting every night a new release if it’s out because we’re just in the house. So it’s nice. I’m not glad we’re in here, but I’m glad that more people will get to see it now that it’s going to be on VOD that didn’t get to go to the theater.

What was your inspiration for this film and all these intertwining relationships?

I started thinking about Hurricane Sandy a lot when I was first writing it and coming up with an idea of what would it be like to spend a night with someone that you were just getting to know during something like that. So some of the scenes in the movie and some of the night that Michael [Stanfield] and Mae [Rae] go through is kind of based on that thought. Also, at the time I was writing it, my grandmother was meeting a daughter she’d given up when she was a teenager. No one had told me in my family about it, even though my mom and some of my aunts knew. That kind of struck me — their reunion. What it’s like to give someone up in your life that, that meant so much to you. What it would be like to reunite and just this idea of these secrets kind of coming to the surface. 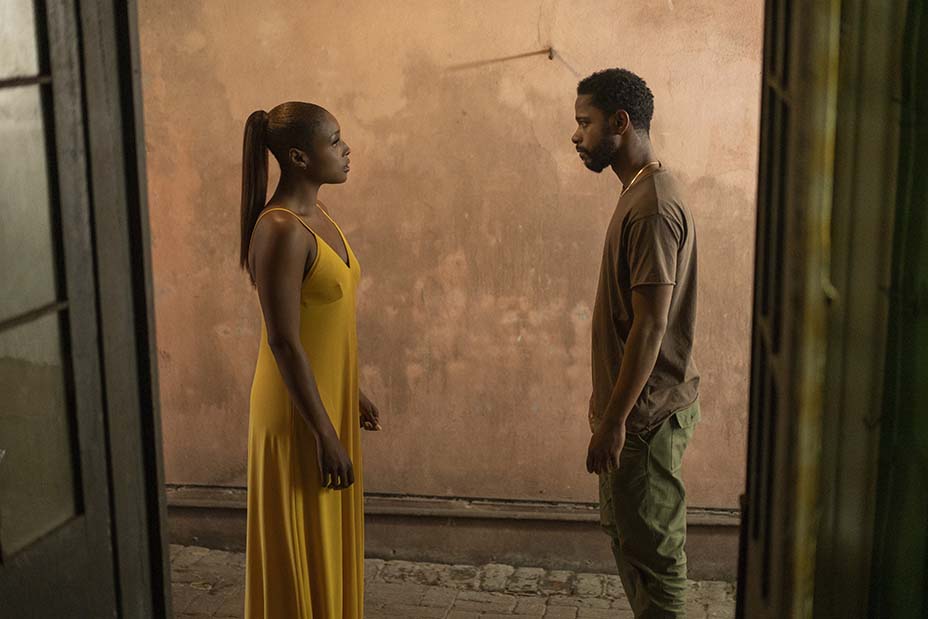 All of that is reminiscent of your past projects, The Weekend and Jean of the Joneses, where you tackled complex relationships while adding in comedy.

Definitely. I started out leaning toward writing comedy, a comedy drama. I’m Jamaican, so it’s very much my family to have very, very dry dialogue that can come across funny even though it’s not meant to be. The harshness can be funny.

Were you wanting to dive into something more serious when working on The Photograph?

Yeah. I guess all my films have some drama to them. This was the one that tipped the balance toward drama and comedy was more [on the] sidelines with some of the family scenes. The story just felt like it called for a more dramatic side to it. I love filmmakers like Mike Nichols and Nora Ephron — who [can convey] the dramatic romance that’s not always shown. It was important to me to dive into the more dramatic side.

What’s refreshing with this film is it’s a modern, realistic romance. Do you feel this is a route more romantic comedies and dramas should take to be successful today?

Yeah, I do definitely feel like for romantic dramas or comedies to really succeed today, the characters have to be more grounded. I think in particular the women have to feel more real and grounded and we have to understand their journey.

Or a character that is remarkably beautiful saying, “I’m not pretty.”

Right! Like they have trouble finding someone … I think you have to show the “every woman” in her struggle. 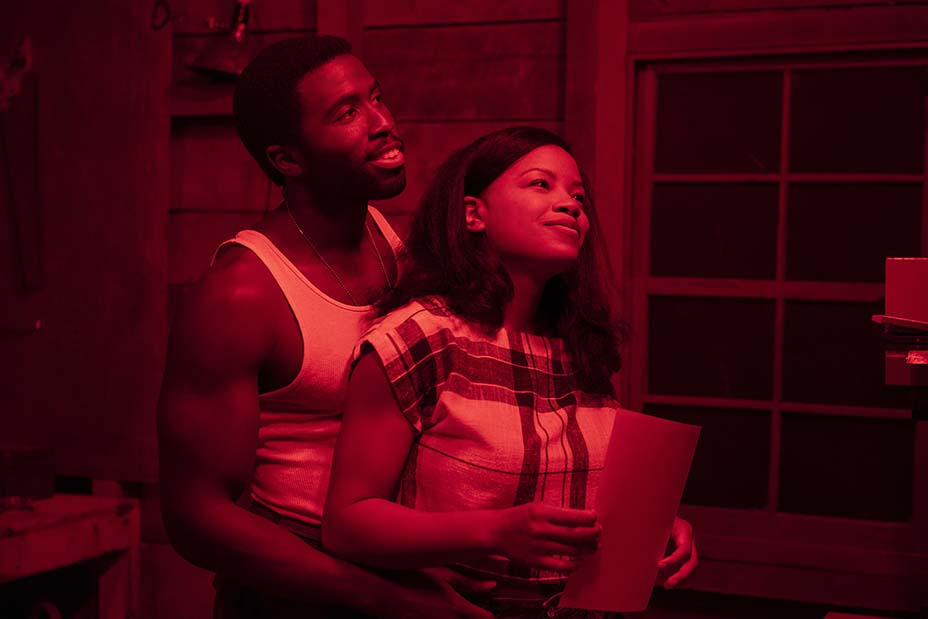 How did you end up getting the cast together? Did you have specific people in mind for parts when casting?

I wrote the script like over five years ago. By the time I sold it to Universal, that’s really when we started looking at casting. I just really was able to cherry pick all my favorite actors. I had worked with Issa before on Insecure and really enjoyed working with her. I thought it would be interesting to see her play against type. I then jumped on a call with LaKeith [Stanfield], really not expecting anything but being a fan and having a great conversation with him. He was just so soulful and connected to the character of Michael.

As for the music for this film — the use of jazz really impacted those intimate moments and revelations.

How fulfilling it was to do the score with Robert Glasper! I think it’s one of the best soundtracks I’ve ever heard and that’s attributed to Glasper. I love jazz music, and one of the things that was important to me was to make jazz accessible to a wider audience. Universal was great about making my budget pretty large on the music side and being able to have Chaka Khan, Luther Vandross and Whitney Houston in the movie.

How did this project differ overall from your previous films?

It was a bigger film than the other films I’ve made, especially the two I wrote, by a lot. It was the first time that I’d really written something that was so far from myself and how I grew up and my daily life. So [I was] really researching and getting into the kind of the mindset of those scenes in the ’80s and in Louisiana. The cast and characters were much bigger, and trying to weave those stories together felt like a bigger task.

There’s an even bigger task coming up. You are in final talks to direct the Whitney Houston biopic, I Wanna Dance With Somebody.

Whitney Houston is the greatest singer of all time, so it’s a privilege to be able to tell her story. I’m very lucky to have the support of Pat Houston and Anthony McCarten and Clive Davis to direct the film. It’s amazing talking about her so much and it’s just very important to all of us to kind of extend her legacy and to tell her story. It’s the most exciting job I’ve ever been in a position to tell.

For The Photograph, what message do you hope people come away with?

The thesis I was trying to make, which I’m often making in my films, is really how your past and your family affect how you go through the world. What chances you take, who you love and how you love.

The Photograph is currently available on VOD and will be out on DVD/Blu-Ray on May 12, 2020.