Pinewood Atlanta Studios is reinventing itself. The Georgia-based production facility, long home to blockbuster films like the Avengers movies, is ditching the Pinewood name and rebranding as Trilith. As part of the change, the production hub is also expanding into a new 935-acre master development that includes not only the studio but a newly built 235-acre, European-inspired town, complete with its own houses, restaurants and schools.

The idea for the expansion came years ago when executives at the studio saw potential beyond the filming facilities they offered. The Pinewood Group, which runs Pinewood Studios in the U.K., sold its stake in Pinewood Atlanta to local partners late last year, paving the way for the studio to move forward with its expansion plans.

John Zderko, Actor in 'Criminal Minds' and 'The Mentalist,' Dies at 60

The name Trilith, which describes the three-stone structure of Stonehenge, was chosen because it represents the three pillars behind the new venture: storytelling, purpose-built places and emerging technology. “We’ve been in the facilities business and we needed to grow by adding two more pillars to our business,” says Frank Patterson, president and CEO of Trilith Studios, LLC. “This is a place where members of the film and creative industry feel like anything is possible.” 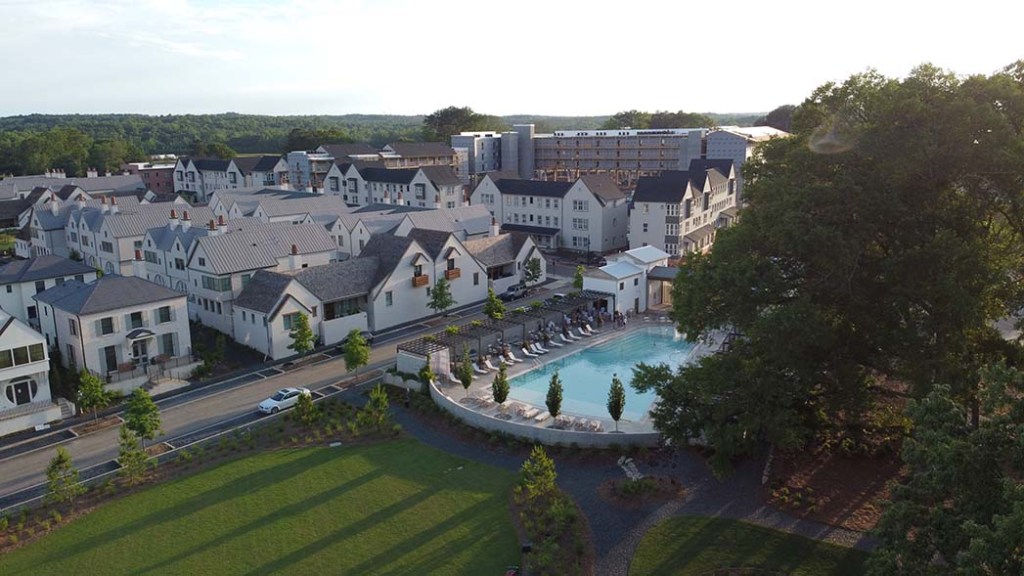 Patterson, along with his partner Rob Parker, set out to build a live-work concept that would serve as the development’s cultural center. Located in walking distance from the studio, the European-inspired town — on which they began construction two years ago — will have 1,400 homes designed for 5,000 residents by the time it’s complete. The housing options range from micro-homes to townhomes and custom-designed estate homes, all at various price points. (There’s a gated section of 10 high-end homes just for A-list stars, though one top actor is currently said to be living in a micro-house.) They already have more than 500 people living in the town and have sold more than 150 homes, with 20 to 30 new apartments opening up every week. “It’s all moving so fast,” says Parker, president of Trilith Development, LLC, who notes there’s a waiting list. 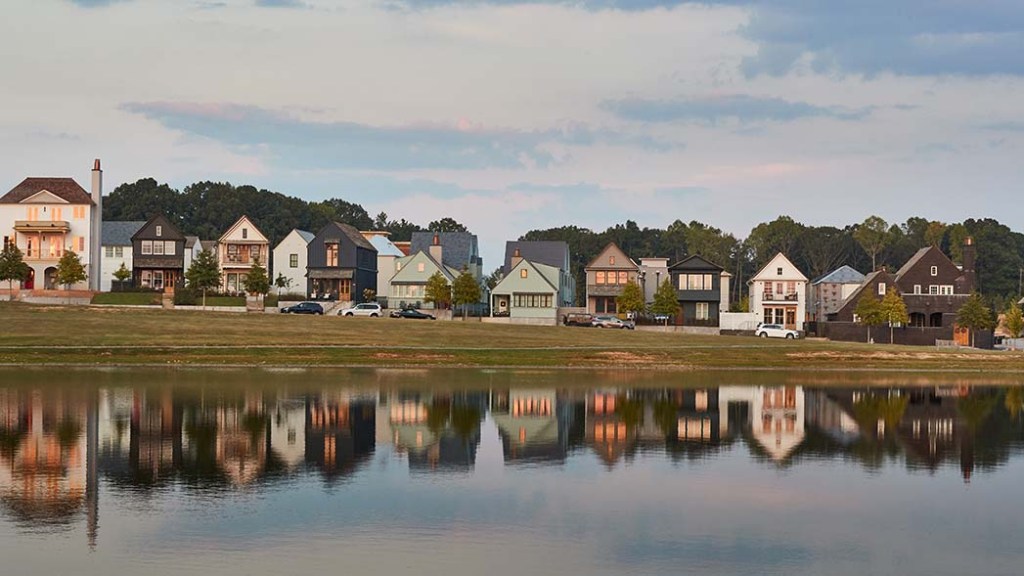 The residential neighborhoods have allotted 51 percent of the development dedicated to green space and more than 1,000 trees. Residents have access to 15 miles of nature trails, 54 acres of forest, 19 landscaped parks and a dog park. The area also recently launched a locally owned restaurant, Barleygarden Kitchen & Craft Bar, which is the first of a dozen food concepts that will be built in Town Centre, a 270,000-square-foot retail development that will also include shops. It’s expected to be built out over the next two years or so. “Everything we build is intended to endure and thrive, even 100 years from now,” adds Parker.

The town boasts a 60,000-square-foot fitness facility called the Piedmont Wellness Center and a K-12 micro school with a story arts focus and learner-driven technology called The Forest School. In addition, the area is home to the University of Georgia’s MFA screenwriting program and the Georgia Film Academy’s largest campus, which includes a soundstage, workshops, post facilities and classrooms. In 2021, Parker and his development partners plan to build a 180-room boutique hotel, a 120-room select service hotel, a nine-screen luxury cinema and an 18,000-square-foot soundstage to host industry and arts-related events in the town. 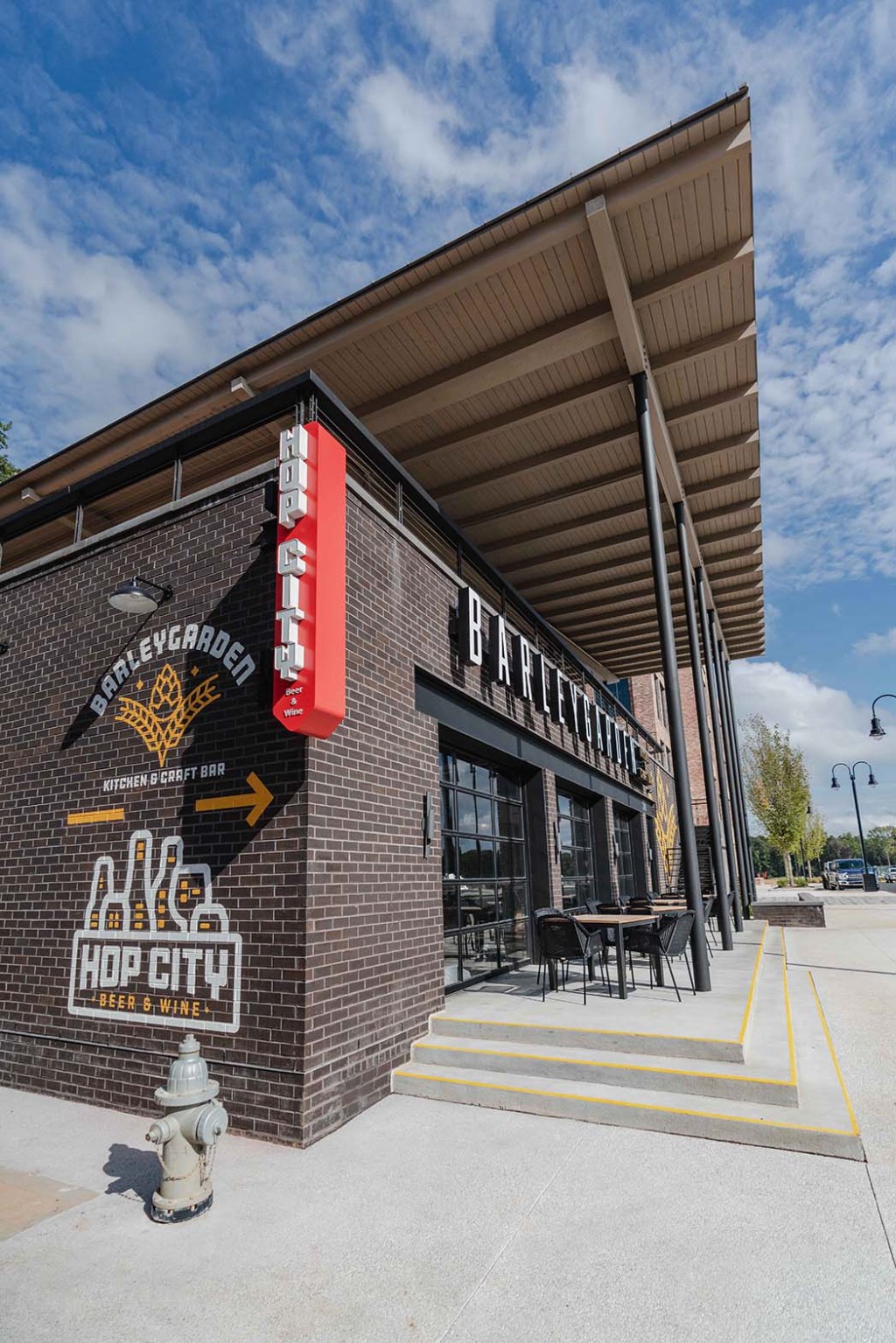 “We are excited about making a spectacular gathering place where professionals in the creative industries — and anyone who appreciates storytelling and innovation — will feel inspired and at home,” says Parker. “Typically creatives end up in leftover hand-me-down spaces, reclaimed warehouses and districts, that sort of thing. Part of our business is that they would get the best of and not the leftovers, so we built this town for them.”

To promote the growth of the ecosystem at Trilith Studios, Patterson is building more than 220,000 square feet of new innovative spaces on their 700-acre studio campus, including a Creative Office Centre designed to house content and technology companies and 60,000 square feet of smart stages with virtual production technologies designed to fit any budget. Trilith Studios already has more than 1 million square feet of production facilities, including 18 premium soundstages, construction workshops, costume shops, virtual production technologies and an extensive 400-acre backlot. 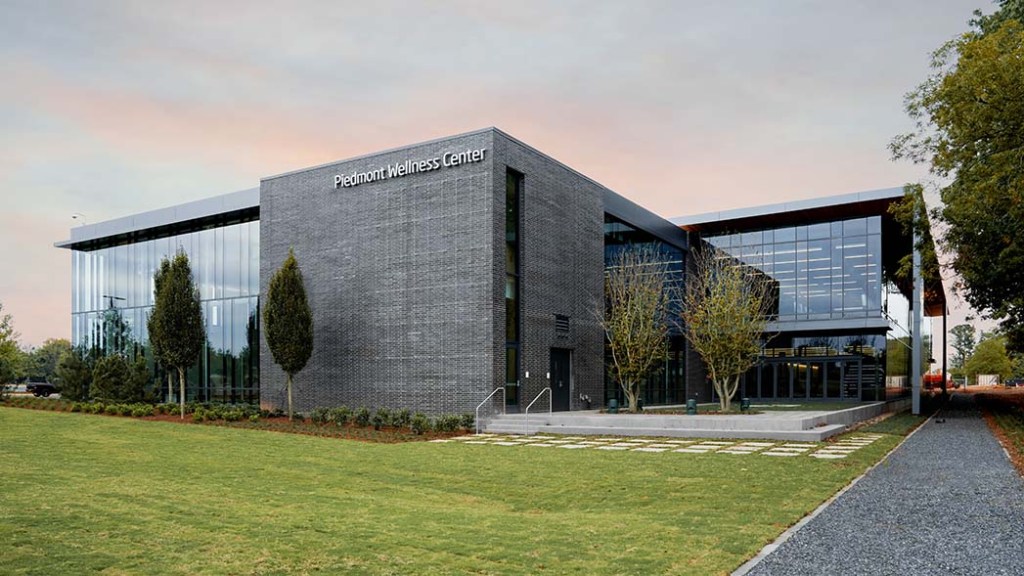 The hope, of course, is that the expansion of the studio and the growth of the nearby town will increase the value proposition for producers of major films and television shows. “We’ve been producing movies at this amazing Atlanta studio since the day it opened in 2014,” said David Grant, vp physical production of Marvel Studios. “We look forward to producing more great work at Trilith and expect to benefit from the new world-class facilities, technologies and expanding business ecosystem.” Trilith expects that it will create more than 7,000 jobs in total, including those related to the 60-plus businesses on site.

The town was designed to lure folks in entertainment, but it’s not only for them, notes Parker. “You don’t have to be a card-carrying professional in the industry to live here,” he says, adding in jest: “But you do have to be cool. We do have a cool test and if you’re not cool, you can’t live here.” 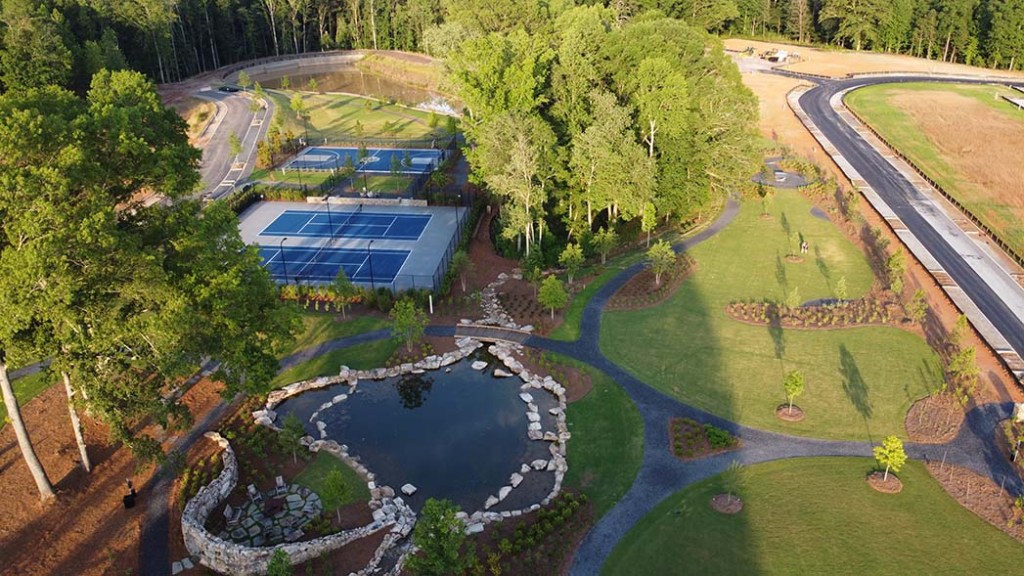