Pirates of the Caribbean: Dead Men Tell No Tales has been officially cleared for release in China on May 26, day-and-date with its release in the U.S.

Signaling the growing value of the China market — already the world’s No. 2 box-office territory — the sequel will also have its world premiere at the Shanghai Disney Resort on Thursday, May 11, marking the first time a Hollywood movie will premiere in the Middle Kingdom.

How Hollywood Blockbusters Could Rescue the Chinese Box Office

Hopes are high for Pirates 5 in China, as the franchise has steadily gained in popularity in the country. The first installment made just $2.8 million in 2003, but the most recent, 2011’s On Stranger Tides, took in $70 million — and China’s total box office has more than tripled in size since then.

As part of its presentation at CinemaCon last month, Disney screened the film in full. Based on Twitter reaction, the distributors, theater owners and some journalists lucky enough to see the fifth entry into the Pirates franchise seemed to agree that Dead Men Tells No Tales was a fun surprise and the return of Captain Jack is no bad thing. 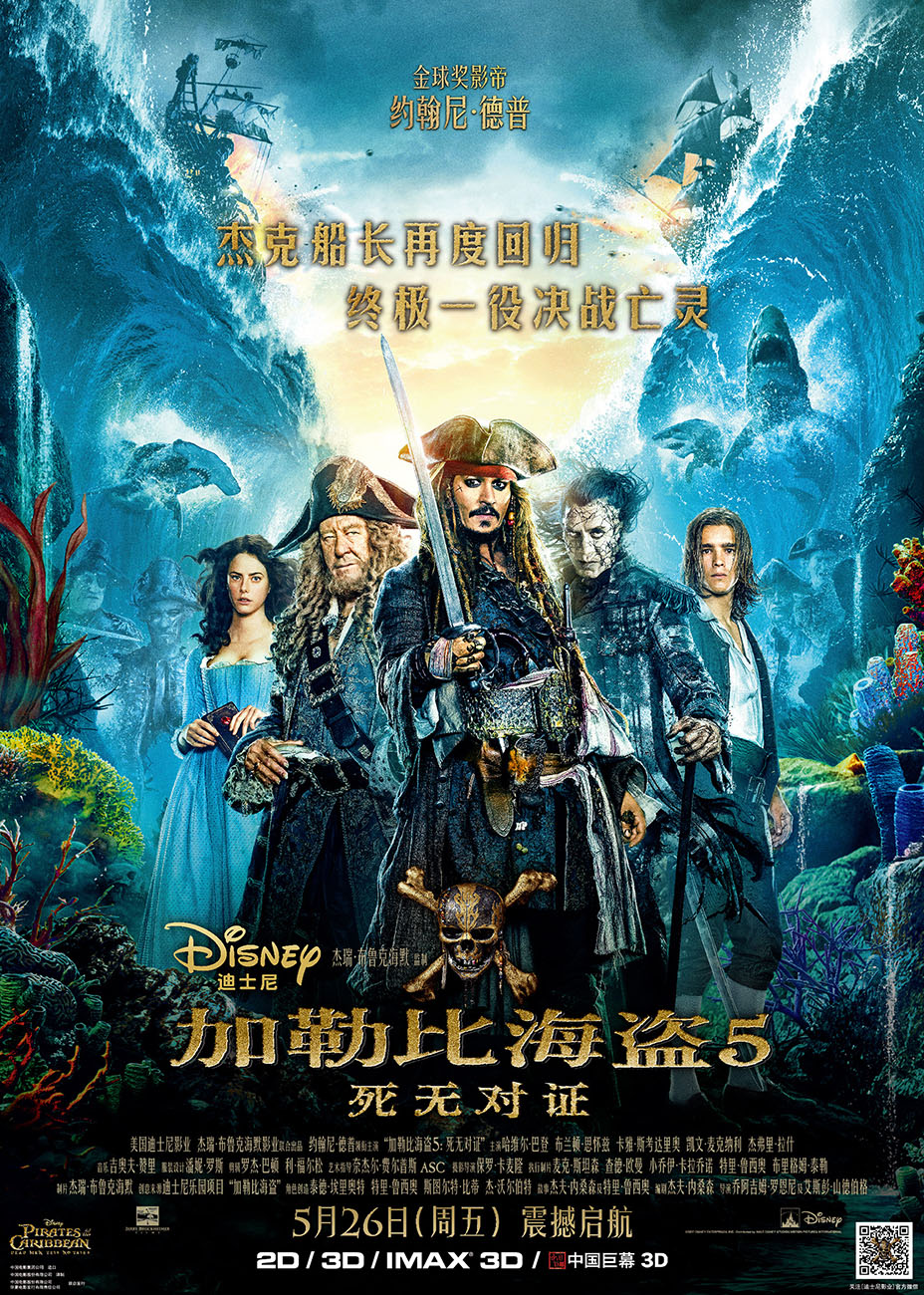