New York game convention Play NYC is under way, and this year the Graffiti Games Initiative seeks to amplify the voices of Black developers.

Cara Hillstock and Andrew Augustin, who are among the group of five developers, stepped away from their projects for a moment to share their experience building a playable demo in four weeks.

Hillstock, who self-identifies “at the intersection of a bunch of different identities” including the queer community, made a minimal but emotionally rich interactive visual novel called To Be With You. The semi-autobiographical game is about a girl who moves in with her long-distance boyfriend and childhood friend. After they move in together, they start to experience difficulties in their relationship, and the game is about navigating that process.

“I got the invite to join the Graffiti Games initiative at the very beginning of last month,” Hillstock tells The Hollywood Reporter. She freelances in the industry and streams narrative and cozy games on her positive and inclusive-focused Twitch channel. “This is a game that I’ve been wanting to make for about five years and I’ve never had the right opportunity or people who were comfortable enough with the themes that the game explores to go in on it with me.”

Hillstock was focused on making this specific game because, at a younger age, she experienced an unhealthy relationship. “And at that time, I didn’t have a model for what a healthy relationship looked like,” Hillstock explains. “Because of that I didn’t quite know what to look out for when a relationship started to become unhealthy and when there were red flags and when my boundaries were being crossed.”

After going through that experience, Hillstock realized that she wanted to tell that experience in a game “to help both people who’ve never been in a situation like that empathize and also to hopefully teach other people who are in a similar position to me — to show them — what it can look like as a relationship descends into dangerous territory so that many other people would be able to look out for it in a way that I wasn’t able to.”

The game features Hillstock’s own drawings, with a neon-on-black color scheme to convey “Alsie’s own feelings of encroaching darkness.” Hillstock goes on to say, “The game has a contrast between the present moment, which is neon-on-black, and her past memories with James which are all brown and crème and a much happier color and texture. I did that to show the contrast of where she’s at emotionally and where the relationship is.”

The choices within the game are used as metaphors “for what it’s like when you’re in an [unhealthy] relationship and you’re trying to make good choices but you can’t,” explains Hillstock. “Those choices are taken out of your hands, almost.” Each narrative scene also has a different musical track, scored by Ram Marmé, to help illustrate the happier and less happy parts of the relationship.

“I can just hope that people approach the game with an open mindset,” concludes Hillstock, “because I know it talks about some difficult themes. But I tried to do them justice so that people could understand that experience and meet it with empathy.” Downloaded To Be With You here. 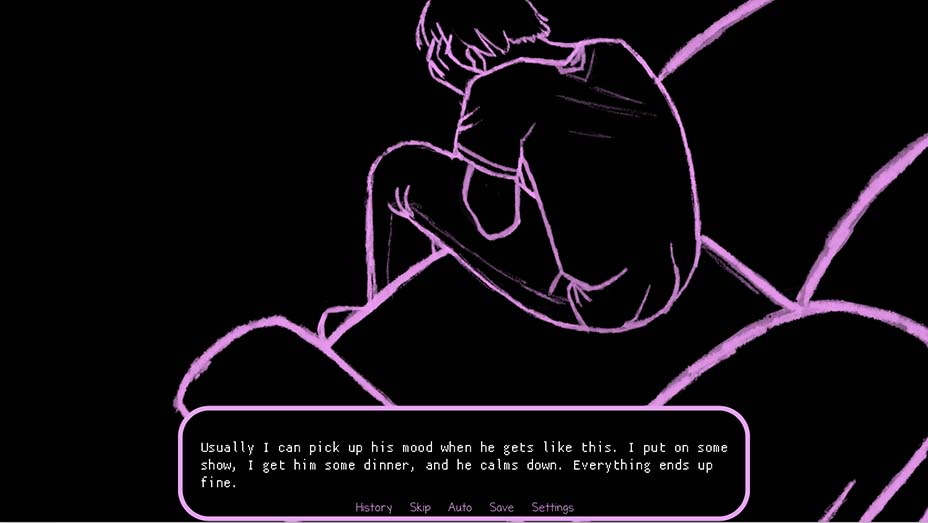 As the founder of Notion Games, Augustin is a 2D illustrator with a background in comics, who has created his own games in addition to working as a character designer for The Sims. For Play NYC, he is debuting puzzle game Sheep Herder Nay, a game inspired, in part, by his sister — he calls her Nay Nay. “I made her a character; she’s basically trying to herd these sheep to this promised land and trying to escape this big bad wolf character,” says Augustin. “I have kids, and I always want them to be able to enjoy the things that I create.”

The game elaborates on the idea of a coin puzzle game, the kind he experienced while a student at the University of Texas — studying under longtime video game designer, producer and director Warren Spektor, known for Deus Ex and Disney’s Epic Mickey among many others — where you place quarters on the table and your goal is to line all the quarters up, but every time you move one quarter, the adjacent quarters move up and down. Instead of quarters, Augustin summoned sheep. “I figured sheep were pretty cool because sheep influence each other and move in herds,” he says. There’s a black sheep in the game, along with a red sheep who is more defiant than the others. “Different kinds of sheep change the difficulty,” he explains. When Play NYC is over, Augustin has plans to expand Sheep Herder Nay into a bigger game.

Augustin’s first game when starting out in the industry was an arcade title for iOs called Up Up Ubie, which introduced a little green character named Ubie who was constantly falling. In expanding the game, he looked at 1990s style platformers like Super Mario and Donkey Kong, and eventually plopped Ubie into an adventure in that sort of environment. He called it Super Ubie Island, which got a remix version and is now getting a sequel, Super Ubie Island 2, for console release.

Elsewhere in his life, Augustin teaches animation and video game design at Dekaney High School in Houston, which is a minority majority school. “Being in the industry I don’t see too many Black developers and stuff like that, so I feel like it’s a good way to get in the classroom with Black and Hispanic students and let them know that is is a career path they can actually pursue.” 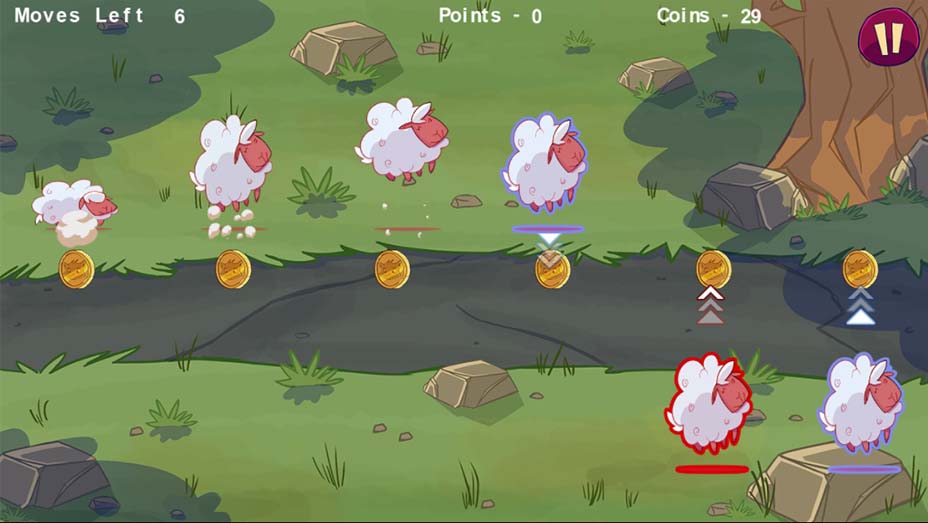 Play NYC, which is in its fourth year, was founded in 2017 by Dan Butchko, whose background before video games was in social work. “Games have always been my number one hobby, the thing that I run to as a source of escape as well as a way to connect with my friends and my family,” he tells THR. His company, Playcrafting, was born out of a meet-up group for like-minded individuals and has grown to encompass numerous events and educational programs.

“Our original intention for Graffiti Games, in our physical live convention space, was to spotlight developers that we feel needed to be spotlighted, and give them an opportunity to actually build games that transform the physical space like graffiti on a wall.” The first year of the event focused on independent developers in New York, and later highlighted LGBTQ and immigrant developers. “It has taken on more and more meaning with each passing year,” he says.

Learn about the other 2020 participants of Graffiti Games, presented by Rockstar Games and curated by Boston-based indie studio Decoy Games.

Video Games Against Violence: How One Nonprofit Is Creating Change