At the heart of the series is a cult that has built itself in the aftermath of a nuclear war, with one artifact of the before-times as its guiding light: a Boy Scouts manual. But the series lead, Kit, has a secret that could upend the entire society in one fell swoop.

“In a harsh survivalist society that only allows men to serve, Kit has concealed her identity as a woman to pursue her calling as a Ranger Scout,” writer Pepose (Spencer & Locke, Going to the Chapel) teased. “But when she makes a shocking discovery dating back to the Ranger Scouts’ conception, Kit will be forced to reexamine everything she once believed, as she struggles to survive both her fellow Ranger Scouts and the radioactive horrors of the Colorado Badlands.”

Although the series has multiple influences from the world of media — “The best way for me to describe Scout’s Honor is like Fallout meets Mulan meets The Handmaid’s Tale,” Pepose joked — the roots of the story are far more personal, as it turns out.

“Ultimately, my biggest inspiration behind the series was watching my two younger brothers serve as Boy Scouts — from their uniforms to their manuals to their bylaws, the Boy Scouts as an organization has this kind of pageantry and regulations that can often feel religious,” the writer explained. “The idea of history being like a game of telephone felt like some exciting narrative territory to explore, and the idea of the Boy Scout ethos mutating into this hyper-masculine survivalist cult felt eerily plausible given the state of the world today … Whether it takes weeks or hundreds of years, eventually the truth will come out — and having to reorient yourself in the face of these startling revelations can be challenging and painful. Thankfully for Kit, the most important Ranger Scout law is to always be prepared.”

Scout’s Honor will be illustrated by Luca Casalanguida (Image Comics’ Lost Soldiers), with colors from Matt Milla and letters by Carlos M. Mangual. The first issue will be released Jan. 6, 2021, with covers by Andy Clarke with Jose Villarrubia, and Brent Schoonover. Look below for images from that issue by Casalanguida and Milla, as well as Clarke and Villarrubia’s cover for the issue. 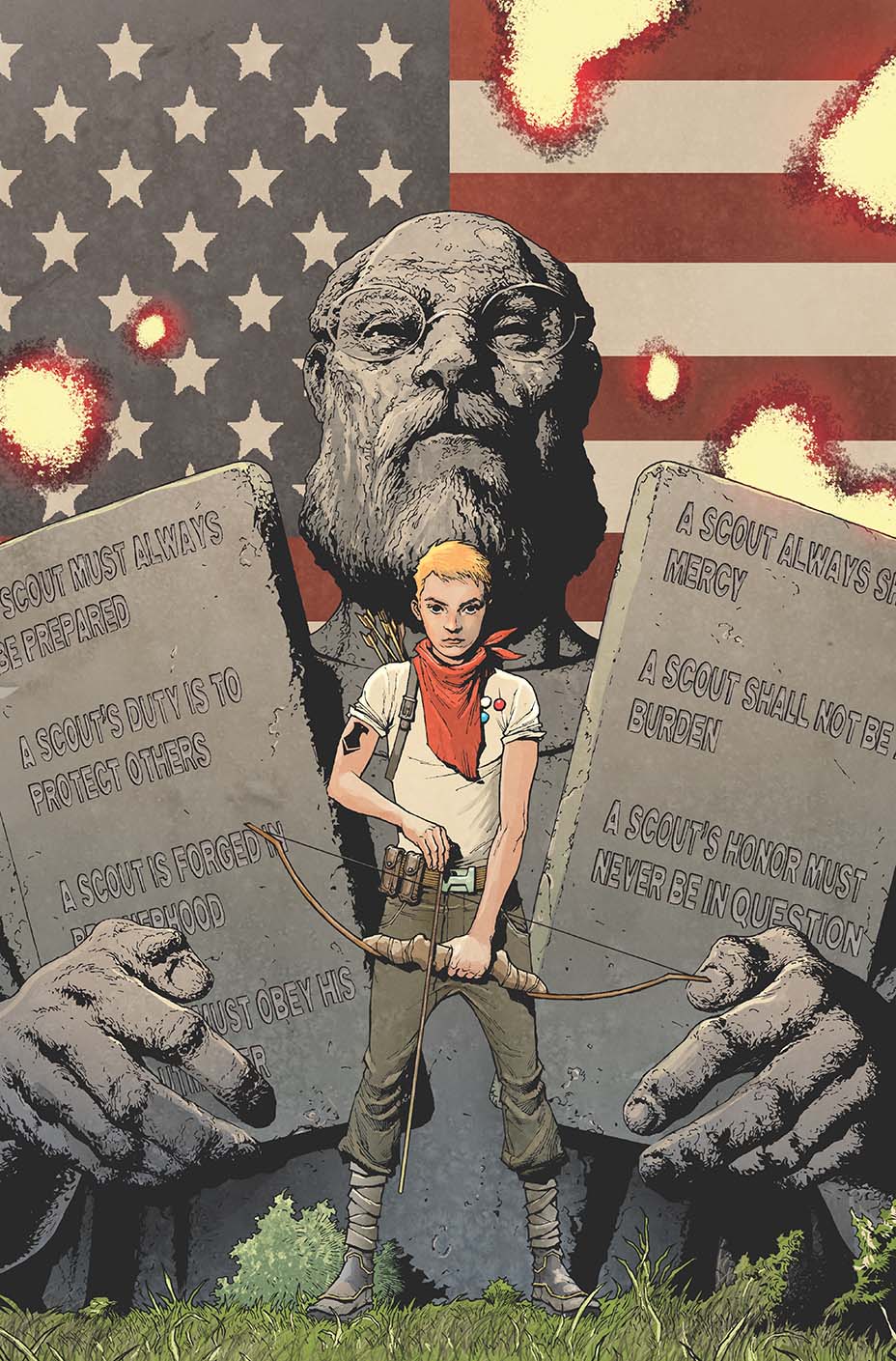 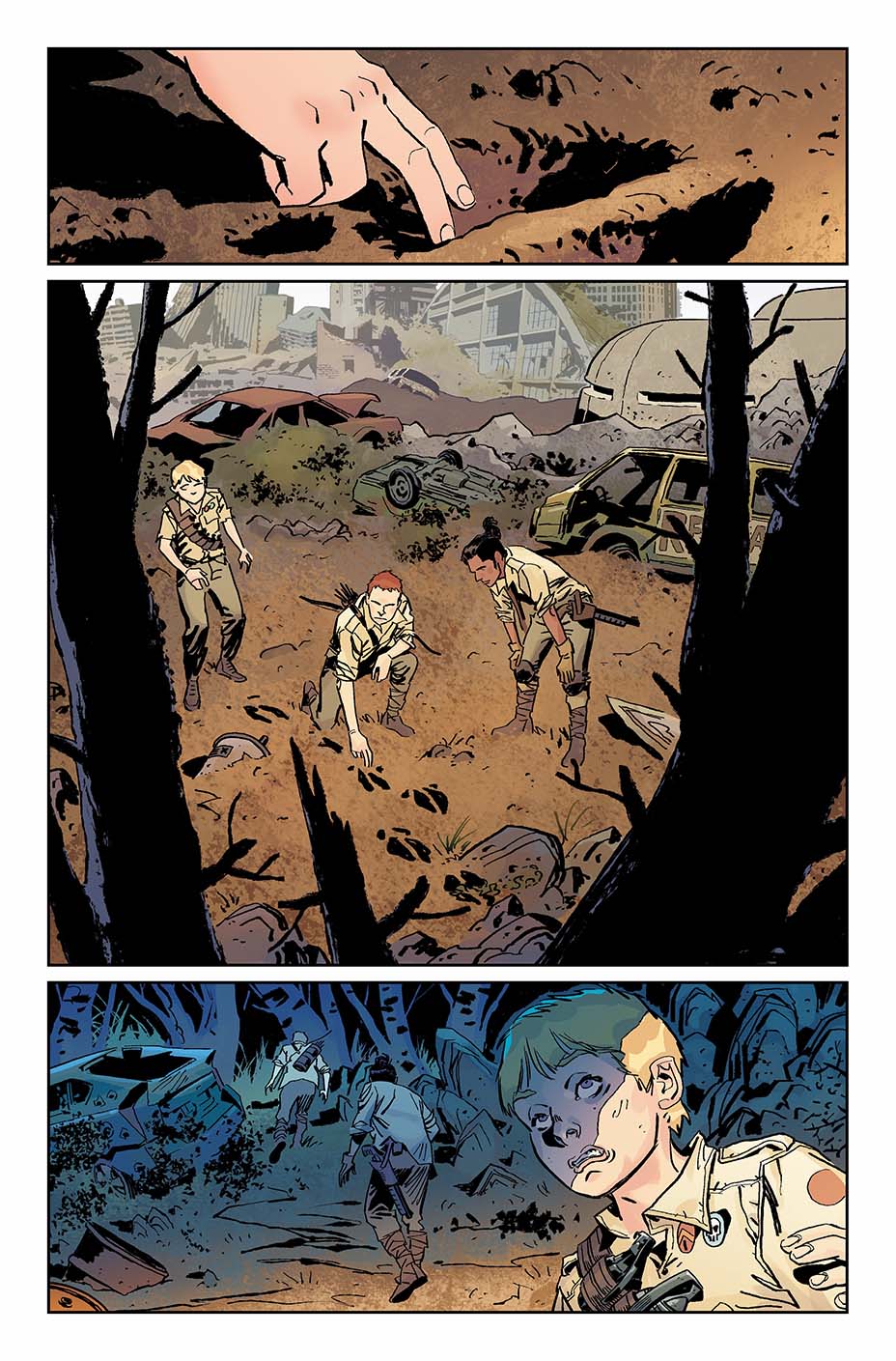 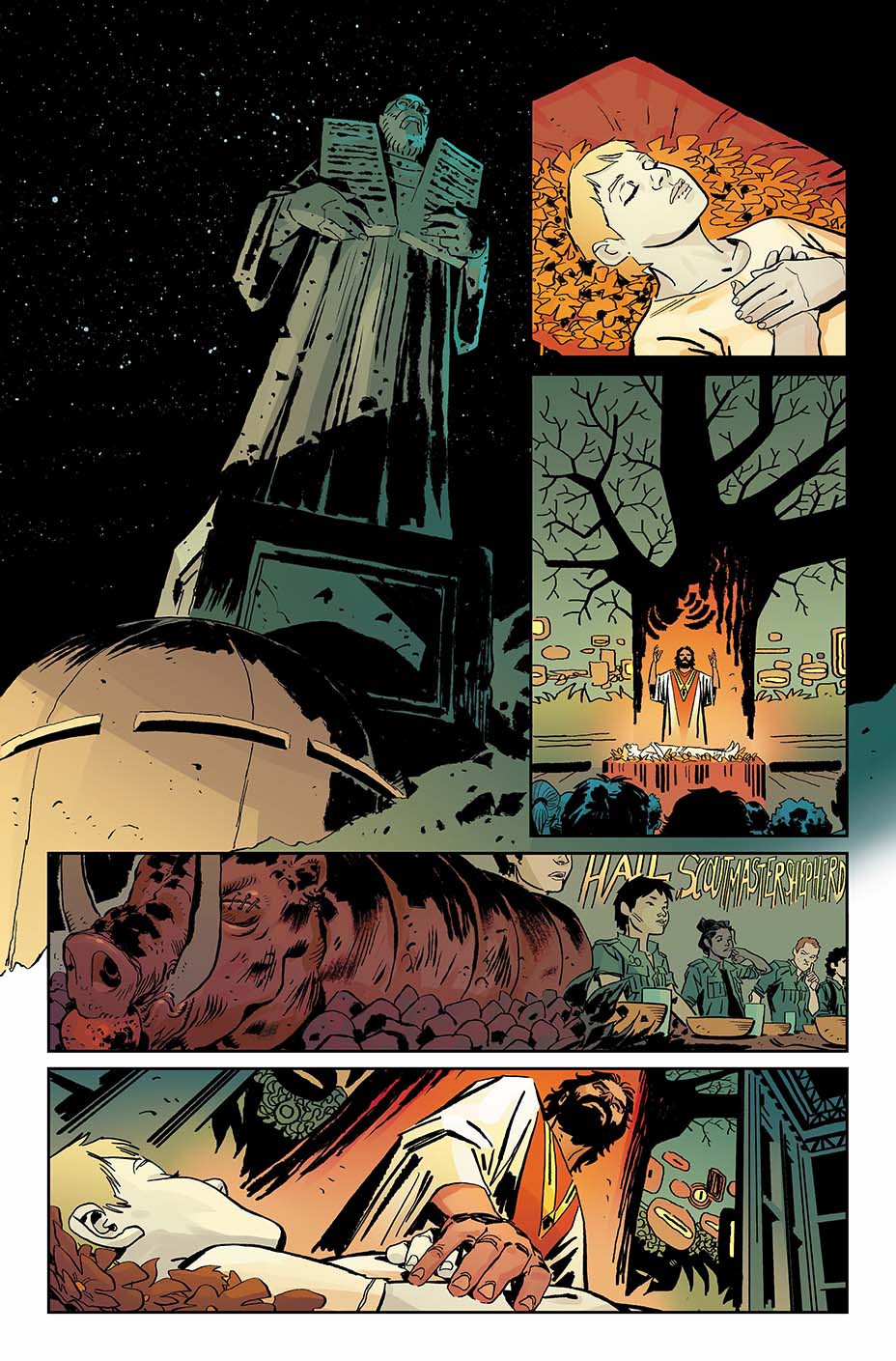 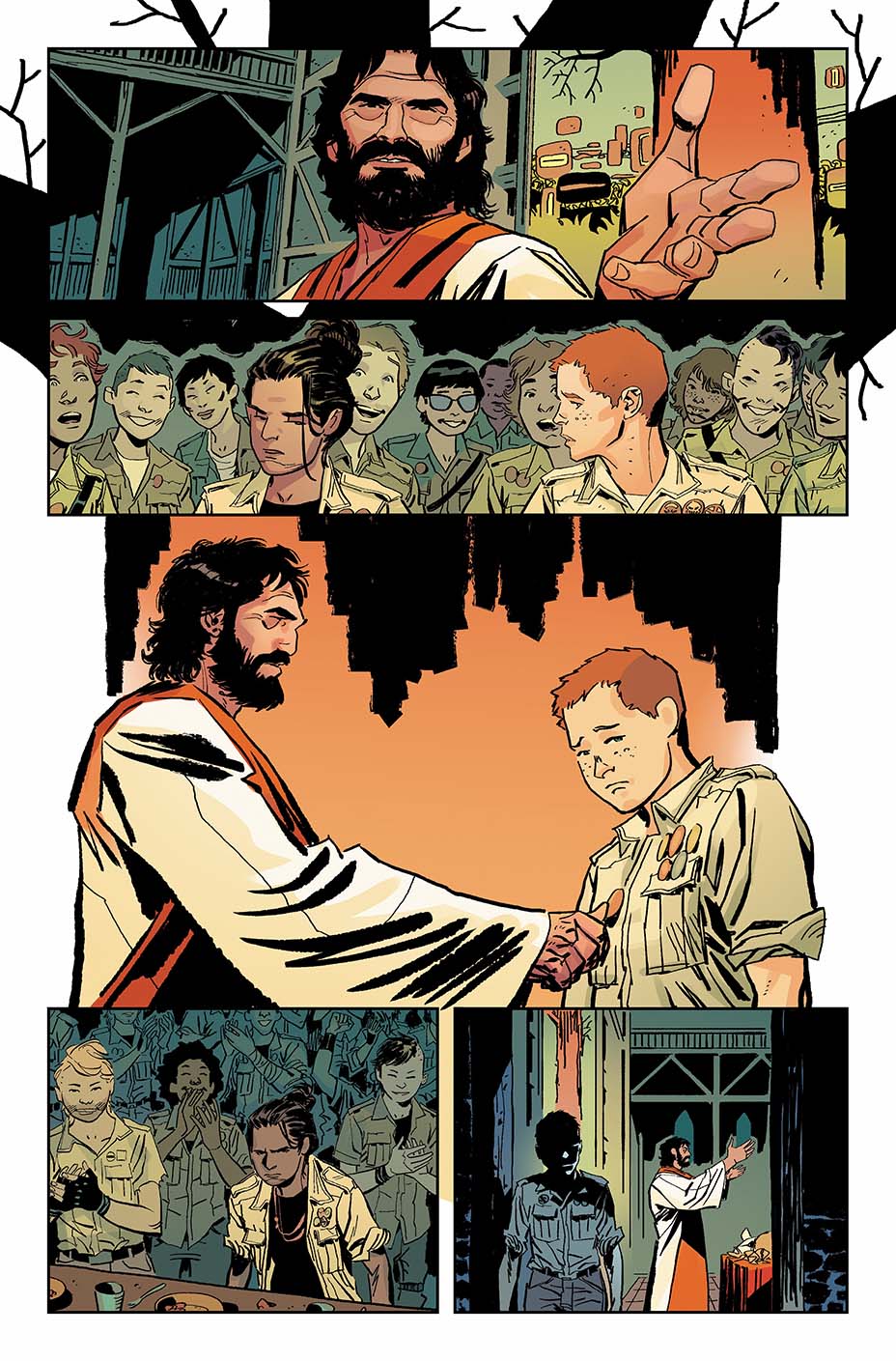 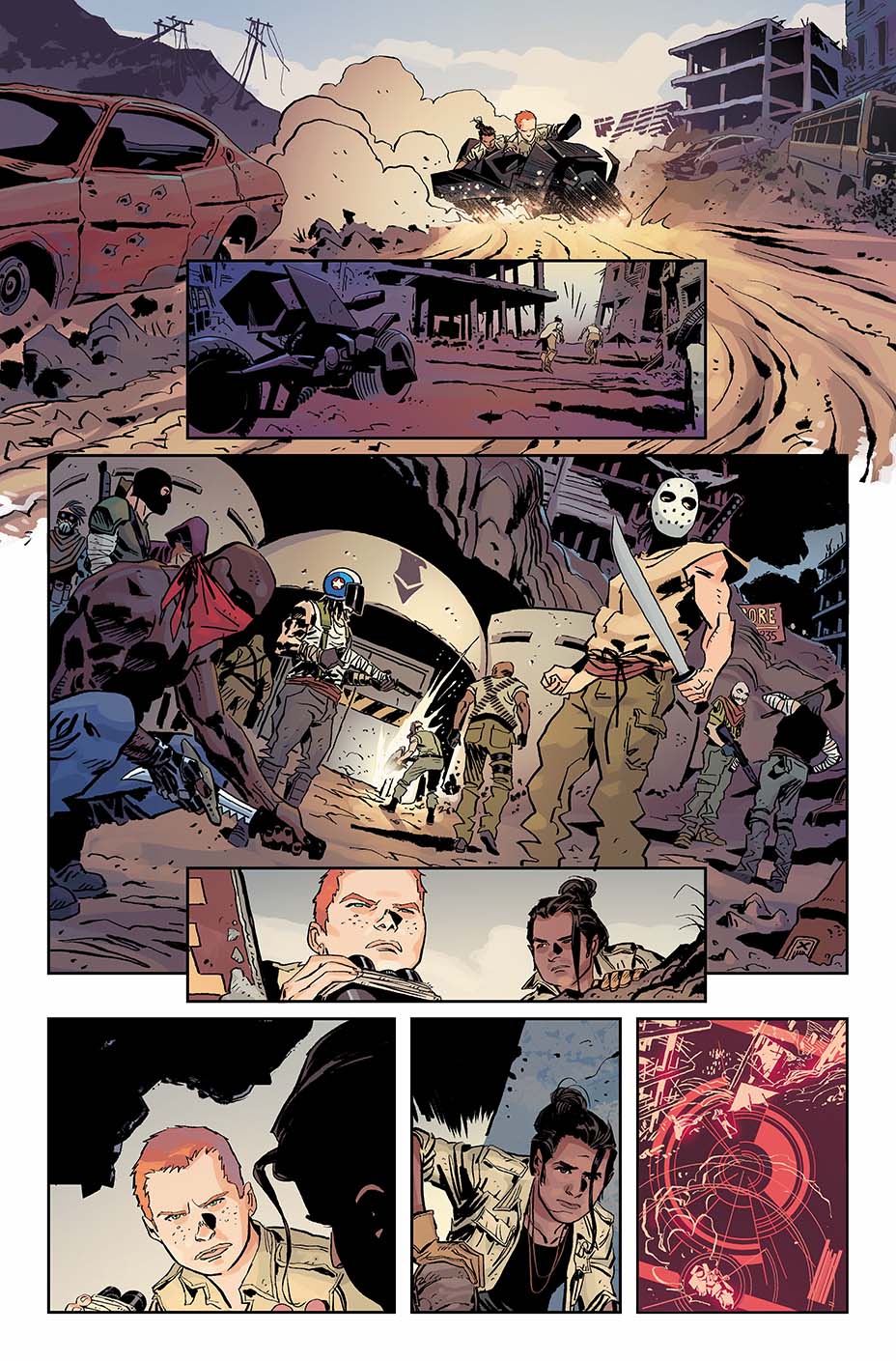