And that’s not all. The new Power Rangers: Legacy Wars game has surged to become the number one app on iTunes (currently beating Snapchat), and there’s already chatter on social media from fans of the teenage superheroes hoping they’ll get to morph again for a sequel.

“I remember when Haim told me when I was 18 years old in his office, ‘I’m going to make Power Rangers a household name,'” original castmember Jason David Frank — also famously known as Green Ranger Tommy Oliver — tells Heat Vision. “I still believe in what he’s doing.”

And it’s clear Saban still believes in the 43-year-old actor, along with director Dean Israelite and producer Brian Casentini. The new film wouldn’t be the same without a few nods to the original ‘90s series, including a cameo from Frank and original Pink Ranger Amy Jo Johnson.

Says Frank, “The first cameo we did was cut. Me and Amy were filming in the Krispy Kreme. I grew a ponytail out for that. I was thinking, ‘If I grow the ponytail out, I’ll shock the fans when they see me.’ We shot a scene there with Rita [Elizabeth Banks], and we were dressed in green and pink.”

With the first cameo getting cut, even after Frank grew out his hair to replicate the hairdo Oliver rocked in the ‘90s, he ended up cutting it off. But don’t worry, Oliver fans: The actor assures Heat Vision there’s behind-the-scenes footage of him and Johnson somewhere where he’s rocking the ponytail that he hopes gets released. (FYI Lionsgate, fans are now patiently waiting for this.) 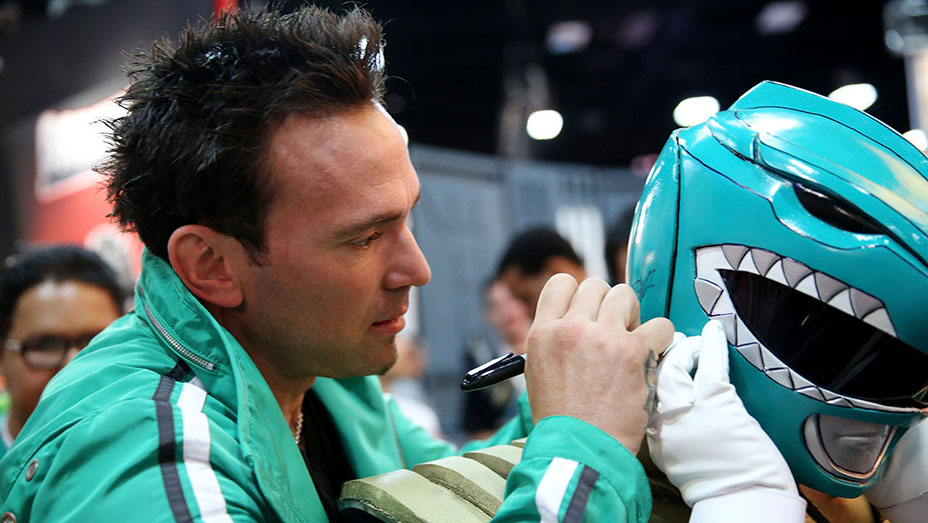 To the actor’s surprise, although one cameo was cut, that didn’t mean the two were going to be completely thrown out of the picture. Frank says Casentini told him, “Jason, we’re getting you into the movie. Your cameo was cut, but we’re bringing you back.” And they did.

But said cameo ended up getting the actor in some trouble at the film’s premiere.

“I’m the guy in the movie theater who wanted to get a reaction shot of the audience reacting to Amy and me when our cameo appeared,” says Frank. And when he went to capture that moment, Tommy Oliver ended up meeting a new enemy, and their name wasn’t Rita Repulsa.

“Right after our cameo appeared, I got escorted out by security because I had a camera in the movie [theater]. I didn’t see the end of the movie, because security was arguing with me outside and I was trying to tell security, ‘That’s me in the movie!’ And they said, ‘I need your phone!’ I’m like, ‘You’re not getting my phone!'”

And the real-life battle at the film’s premiere, which he says Israelite told him was “brilliant,” ended up preventing him from seeing his second shout-out in the movie. “I didn’t get to see the end of the movie when they called Tommy. I was so upset,” he says. He has yet to see the buzzed-about scene.

Although the actor missed the moment, there was no stopping fans of the original who stayed for the post-credits scene and cheered the name Tommy Oliver as it was called out repeatedly.

What Frank admits he didn’t miss is hearing about the scene — including reading Heat Vision’s story about the potential for the character to be female. It all started after new Red Ranger actor Dacre Montgomery revealed to THR that the cast had been lobbying for Oliver to be female if there were to be another film. Said Montgomery: “A lot of the cast and I have discussed that we think it should be a girl. It makes it even: three girls, three boys.” 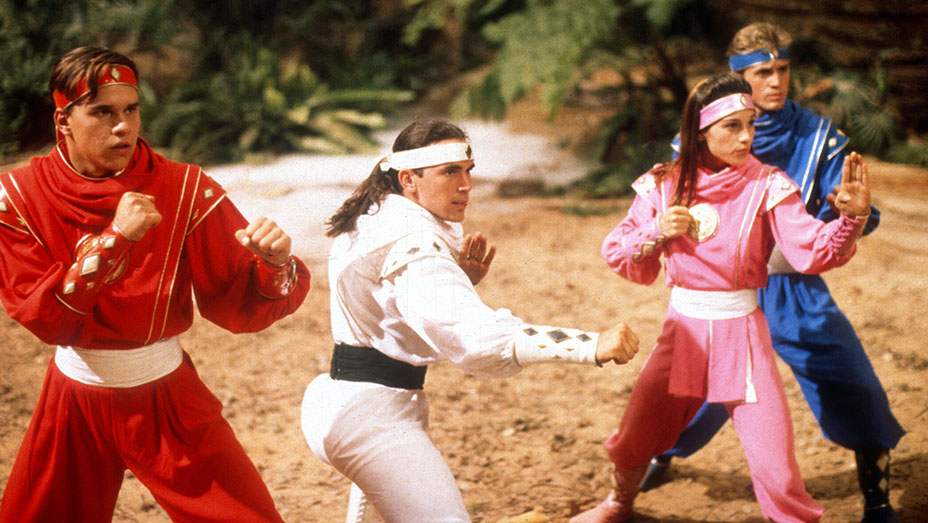 Frank’s response? “I’m still Tommy for now! The Green Ranger is going to fill my shoes. But I still have my own shoes I’m wearing.”

Adding that it’s no surprise to him that fans would have a heated debate on social media about the potential future of the character, he says, “The Green Ranger kicks butt. The Green Ranger has always been the most popular.”

If Saban and Israelite made the decision to make Oliver female, Frank says that’s solely up to them.

One thing is for certain, though. “No matter what, when you’re in that spandex and in that suit, you are a superhero.”

Do you think there will and should be a female Tommy Oliver? Debate about it in the comments section below, and stay tuned to Heat Vision for the latest Power Rangers news.