It’s morphin‘ time. And for the new Power Rangers, the story is morphing and evolving in many ways since the original television series first aired in 1993.

“What was important to us was that we represented characters and gave voices to characters that are not usually represented in superhero movies,” director Dean Israelite told The Hollywood Reporter at the film’s premiere Wednesday night in Los Angeles. “Something John Gatins [who wrote the screenplay] and I spoke about from the very beginning was, how has the world changed from the first moment the very first episode aired until today? How do we make this feel relatable and relevant to teenagers today and the things that they go to?”

Israelite was joined by Gatins and stars Elizabeth Banks, RJ Cyler, Becky G, Dacre Montgomery, Naomi Scott, Ludi Lin and Bill Hader for a full-force celebration of the film. And one thing they all talked about was the pic’s focus on diversity and inclusiveness, with Becky G’s Trini, the Yellow Ranger, being the first LGBTQ superhero in a major studio film and Cyler’s character Billy, the Blue Ranger, being on the autism spectrum. 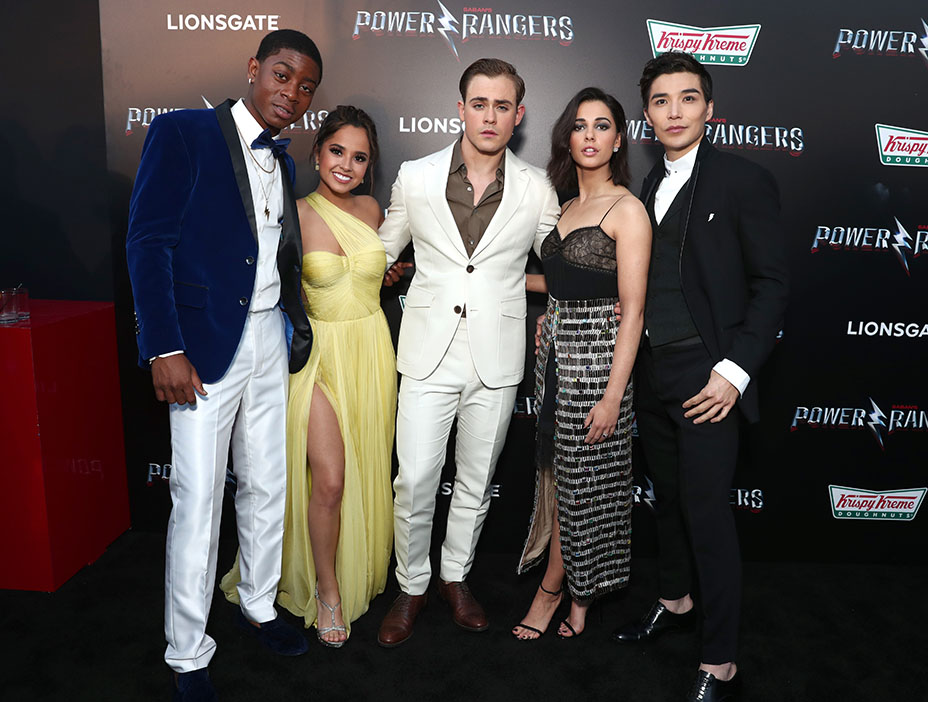 “The messaging of this movie is one of the things that drew me to the project — that we were very inclusive and, I think, represent modern teenagers and what they’re going through,” Banks told THR.

She added, “Whether it’s in gender or race or sexuality, everybody is questioning something about their place in the world when they’re 17. That’s what these kids are going through.”

“What took so long?” commented Becky G on why there hasn’t been a character like Trini in superhero flicks on the big screen. “This movie is all about diversity and equality and unity. A lot of these issues that these teenagers are dealing with are real issues. It’s OK to be who you are. It’s OK to love yourself.”

She continued: “Trini has been dealing with this self conflict that she’s been trying to block out for so long because she’s scared. Finally she feels like she’s in a safe zone and says, ‘If I want to move forward, I have to talk about it.'”

Said Cyler about doing research about autism for his character, “I had to venture into a place that I didn’t know. Billy is on the spectrum. I’m not on the spectrum. It was something that I had to first learn to respect and then get to know. I did research. I got in contact with my friend Andre to talk to him. He’s one of the most genius people that I know. But he’s on the spectrum. Some people may look at him weird because he’s socially this or that and I say, ‘He’s just Andre. There’s nothing weird about him.'” 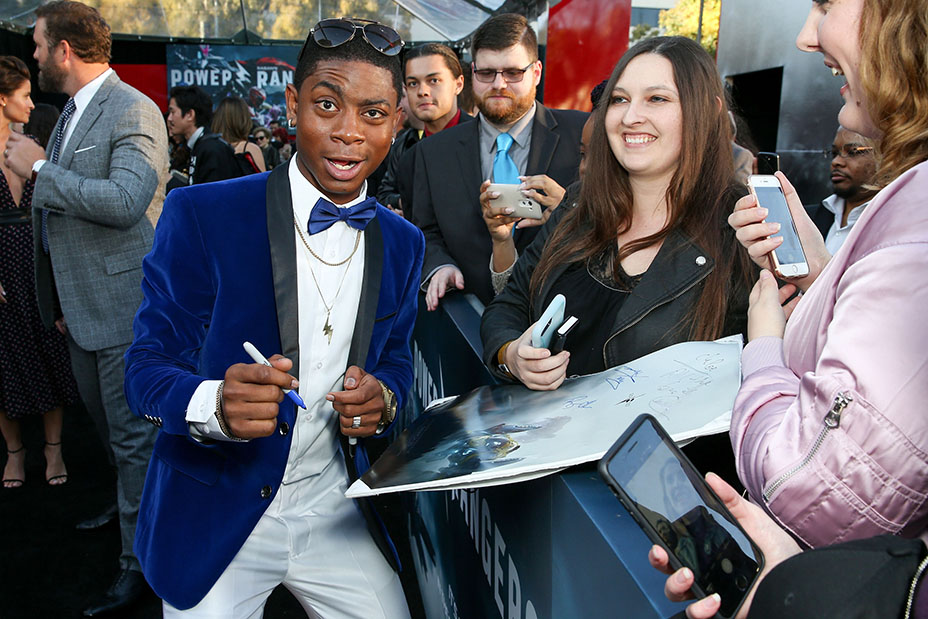 Israelite also discussed “absolutely” making a conscious effort to not associate the color of the Rangers with the color of the character’s skin, as the original TV series was criticized for doing.

Said Cyler, in regard to Israelite making this change from the original: “This movie is kicking down barriers of what looks should be. It’s the dumbest thing ever to say, “This guy looks like this, so he must be that color.” It’s one of those movies that shows you how awesome it can be if they can take that whole color barrier off. If we were all color-blind, we wouldn’t know who was what. We wouldn’t care. We always knew we wanted the movie to be diverse.”

The premiere was followed by an afterparty that turned the dream of being a Power Ranger into a reality. Fans were gifted with joining life-size rangers stationed in the center of the party, along with a photo booth that depicted attendees as one of the rangers. And once you picked which color ranger you wanted to be, you then were definitely ready to take on the two Rita Repulsa villains swinging in the air like Banks in the movie. Fans also were treated to Krispy Kreme donuts and cookies and brownies from Westwood favorite Diddy Riese.

At the afterparty, Netflix chief Ted Sarandos introduced his son Tony to the franchise’s creator, Haim Saban, before then joining Banks for a chat. Montgomery, Scott, Becky G, Lin and Cyler all snapped photos with fans who already had picked out their favorite ranger. 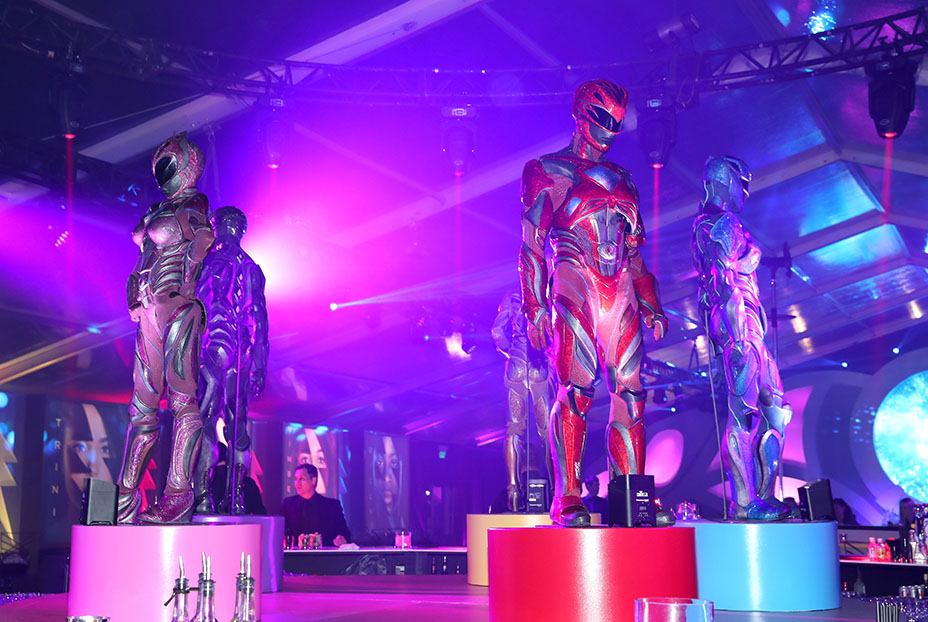