Designer Prabal Gurung punctuated his fall presentation with a bold statement: Models, including Bella Hadid and plus-size women Candice Huffine and Marquita Pring, shed the tailored, colorful outerwear and separates from the collection and instead marched down the catwalk in tees bearing feminist phrases such as “The Future is Female,” “Voices for Choices” and “We Will Not Be Silenced.” (Gurung noted that the shirts will be on sale along with the collection.)

Like designers Rachel Comey and Michelle Smith, Gurung tells THR he was inspired by the Women’s March he attended in New York City in January.

“I wanted to capture what I felt there,” he said the following morning at the Carolina Herrera fall presentation, where he was seated in the front row. “I read about what Gloria Steinem was doing in the ‘70s and the movement, but I never thought I’d live to see that kind of thing. But when I went there, and I saw all the women there, I thought, ‘Oh my God.'” He continued, “They set an example for the rest of us that by peaceful resistance, we can make some changes. It took women to do that. So I wanted to capture that.”

Just over halfway through New York Fashion Week, it appears that feminism is indeed this season’s biggest trend, with some designers, including Christian Siriano, noting that they felt compelled to use their platform to make a political statement. But for Gurung, the theme of empowered, strong women is one he’s infused in his label since the beginning. 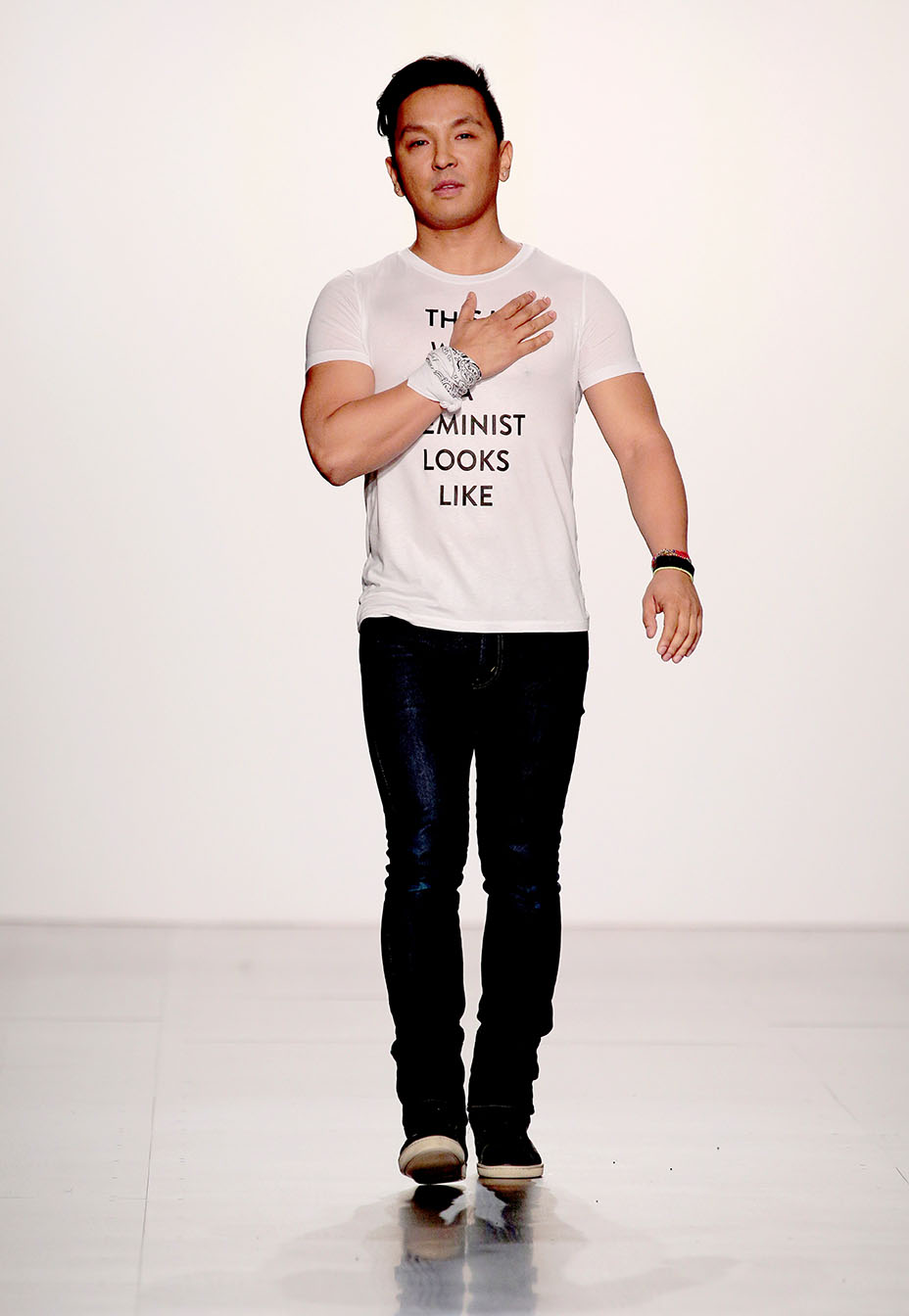 “I can’t speak for anyone else, but having come from where I come from — from Nepal and a single mother who brought us up — it’s been my thing since day one,” he said. “I know that the kind of person I am today is because of the mother like that.”

“So to me feminism is not just a trending topic,” he added. “It’s the only way I’ve known, even before I knew what [feminism] was.” That being said, Gurung believes that “more than ever, fashion and politics should mix.”

“People on the outside and even some people in the fashion industry think that fashion people are maybe not the smartest. It’s a constant battle,” he said. “But we have the platform, we have the audience. We’re not living in a normal situation. So I feel passionately about it.”