Studio 8 is hoping to build the next comic book franchise with Prophet.

The studio has acquired the rights to Prophet, a property Deadpool creator Rob Liefeld first introduced in 1992.

In the comics, John Prophet could be described as the anti-Captain America. He’s a DNA-enhanced super soldier from the World War II era who awakens in our time after being put in cryogenic freeze for a future mission. Unfortunately, he was not supposed to wake until years down the road, making Prophet a fish out of water, spending his time in search of a mission that does not exist.

'Downton Abbey: A New Era' Cast Weigh In on Likely New Direction With Mary at the Helm

Liefeld introduced Prophet in the pages of his Image Comics series Youngblood before spinning him off for his own series in 1993. The creator notes that he admired how Marvel Comics series such as Fantastic Four introduced classic characters like Black Panther and Silver Surfer that would go on to have lives of their own. Liefeld sought to emulate that formula by testing out possible breakout characters in his own Youngblood pages. (He’d done the same earlier while working on Marvel’s New Mutants, the birthplace of Cable and Deadpool.)

Prophet comics continue to be published after a 2012 relaunch that saw the character flung into the far future, but Liefeld says the Studio 8 team is interested in beginning with its ’90s-era roots.

“It makes sense that it’s a destination that we can arrive at if we are successful,” he tells Heat Vision.

Liefeld also notes it won’t be a direct adaptation of any one story, just as none of the Deadpool movies reflect a specific comics plotline.

“We’re taking the best of Prophet to create the best cinematic version of Prophet that we can,” says Liefeld. “He’s very pure in his motives to help out his family and ends up becoming something completely different.”

Liefeld says that Prophet is one of the characters fans have hounded him the most about when it comes to adaptations. He chose Studio 8 after having meetings over the past several years with parties interested in adaptations for film and TV. Nothing felt right until he heard Studio 8’s take.

“They did their homework, and not only did they do homework, they are true fans,” says Liefeld.

In addition to Deadpool and Cable, other Liefeld creations that recently hit the big screen include Domino, who was introduced in this summer’s Deadpool 2. His superteam X-Force was teased in the movie and are poised for their own adventure in a film from director Drew Goddard and which is set to star Ryan Reynolds (Deadpool) and Josh Brolin (Cable). Liefeld also inked a deal with Netflix in March for his Extreme Universe characters, with the goal for the streaming service to create its own shared universe. 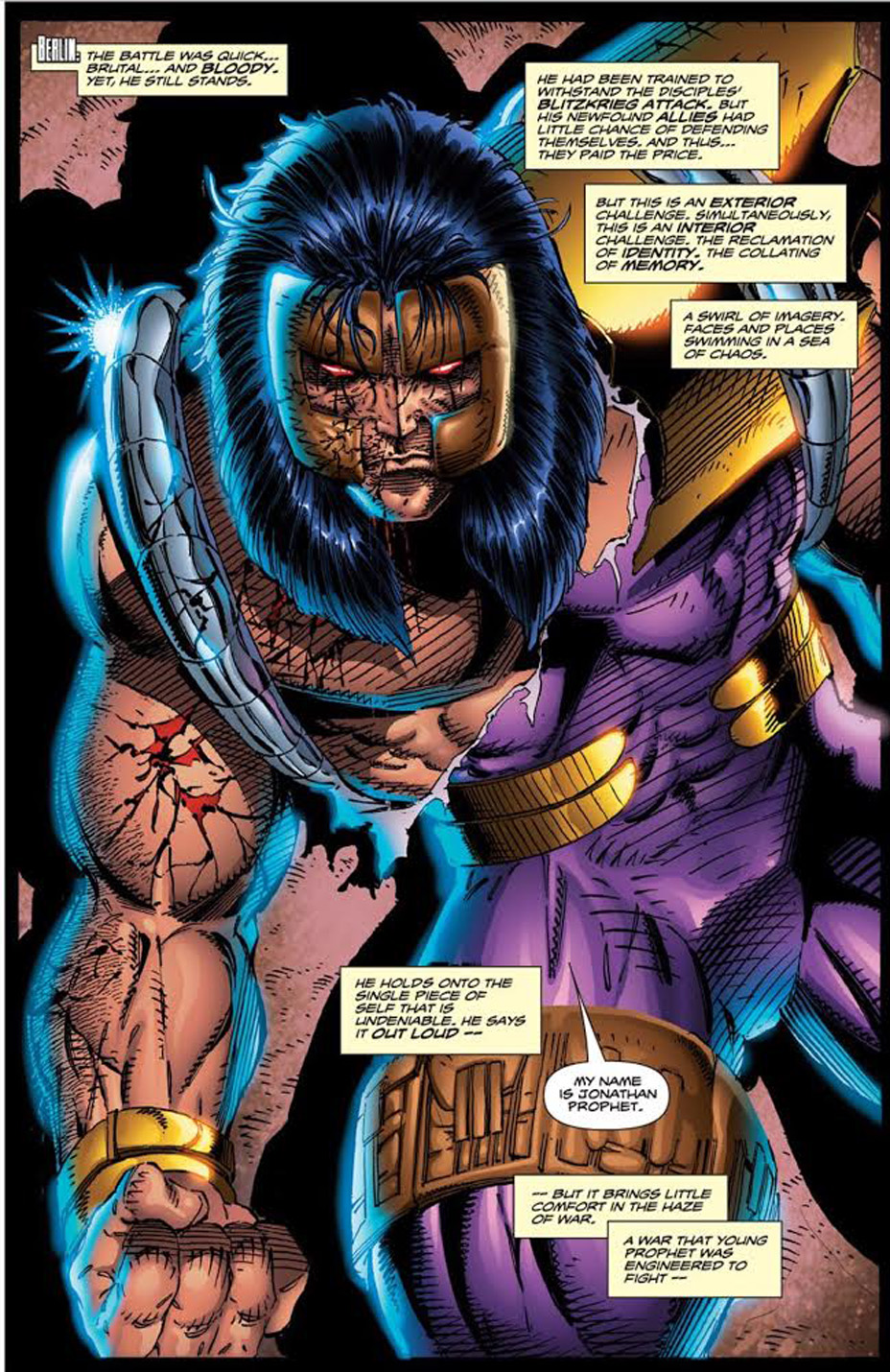