Mad Cave Studios, the Florida-based independent publisher behind titles such as Over the Ropes and Stargazer, is expanding its offerings with a new young adult graphic novel imprint launching next year, The Hollywood Reporter can exclusively reveal.

The imprint, Maverick, will debut in fall 2021, with a bi-monthly release schedule of material from a mixture of new and established creators including Jay Sandlin (Over The Ropes), Lela Gwenn (Bad Luck Chuck), and David Pinckney (Fight Like A Girl).

“For over a year, I have been working with an incredible group of creators making books that are brimming with passion, creativity, and love for the human experience,” editor-in-chief Chris Sanchez said of the line in a statement. “I am so thankful to be given the opportunity to create a space in comics that I wish I had as a child growing up. My hope is that Maverick becomes a place where readers can find stories that mirror their own and understand that they’re not alone in their struggles.”

The initial launch titles for the line are: 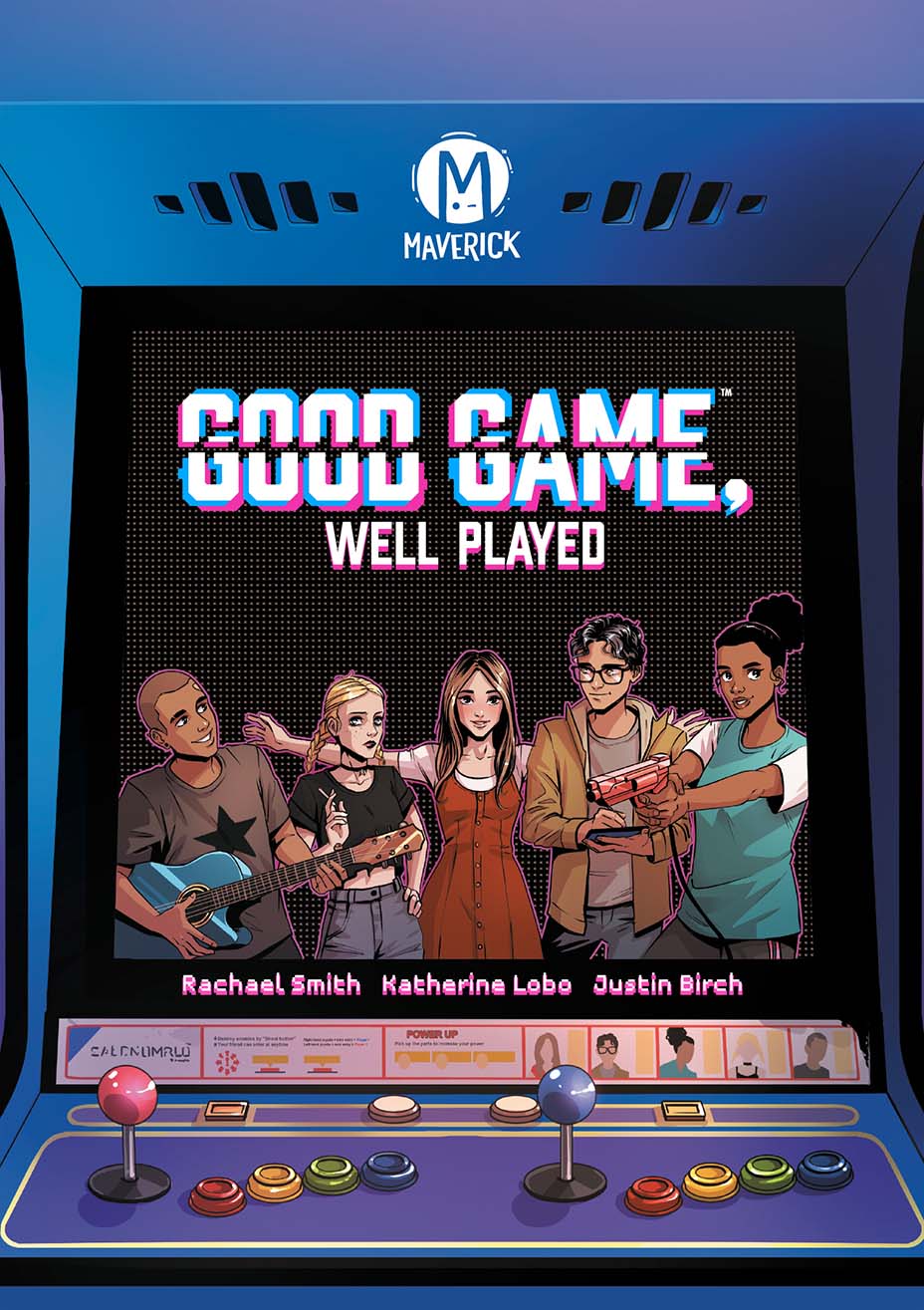 A group of friends with complicated lives have to come together to save their beloved video game store, Game Champ, from closure when its landlord threatens it with closure — but can they overcome their own drama to save the day?

“Good Game, Well Played is, primarily, a story about five friends, and I was determined that real friendships should be involved in the making of it,” Smith told THR. “Once a first draft was finished I threw a dinner party for ten of my dearest friends and got them to act out the script. Hearing the dialogue come to life in front of me like that was incredibly useful to see if those all-important friendships seemed real. That dinner party is responsible for a lot of the heart in this book.”

“We are doing a beautiful book together!” added artist Lobo. “I’m in love with the characters, this book is a little heartbreaking but funny all the time, I can’t wait for you to see it complete!” 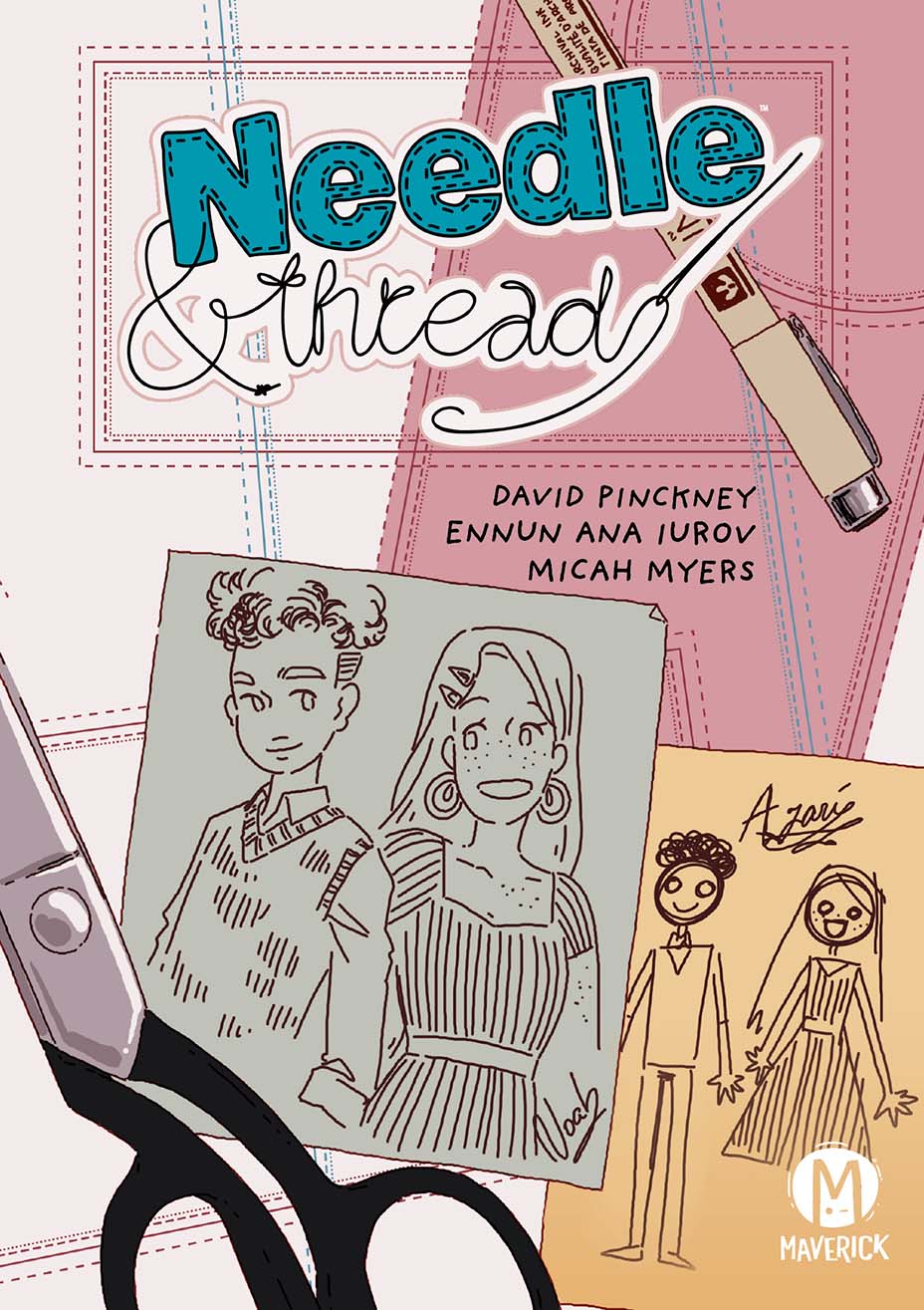 “The comic at its core, to me, is about finding yourself and being yourself in the face of trends and expectations,” said Pinckney. “These kinds of stories tend to be able to go in so many different ways and can mean so many different things that it was actually kind of daunting at first when Mad Cave came to me with the idea. They were great and really helped drive home the point of the story and really gave it some focus throughout the process of creating the comic. The Maverick line of comics, I think, will be an exciting jumping on point for readers who are new to not just Mad Cave, but new to comics as well.”

“Working on Needle and Thread has been my introduction into the IRL comic book world and getting to experience that first step with Mad Cave and the rest of the team has made it a truly beautiful and greatly enjoyable experience,” said artist Ennun Ana Lurov. “I only hope that the readers will feel as excited to get to read our little project.” 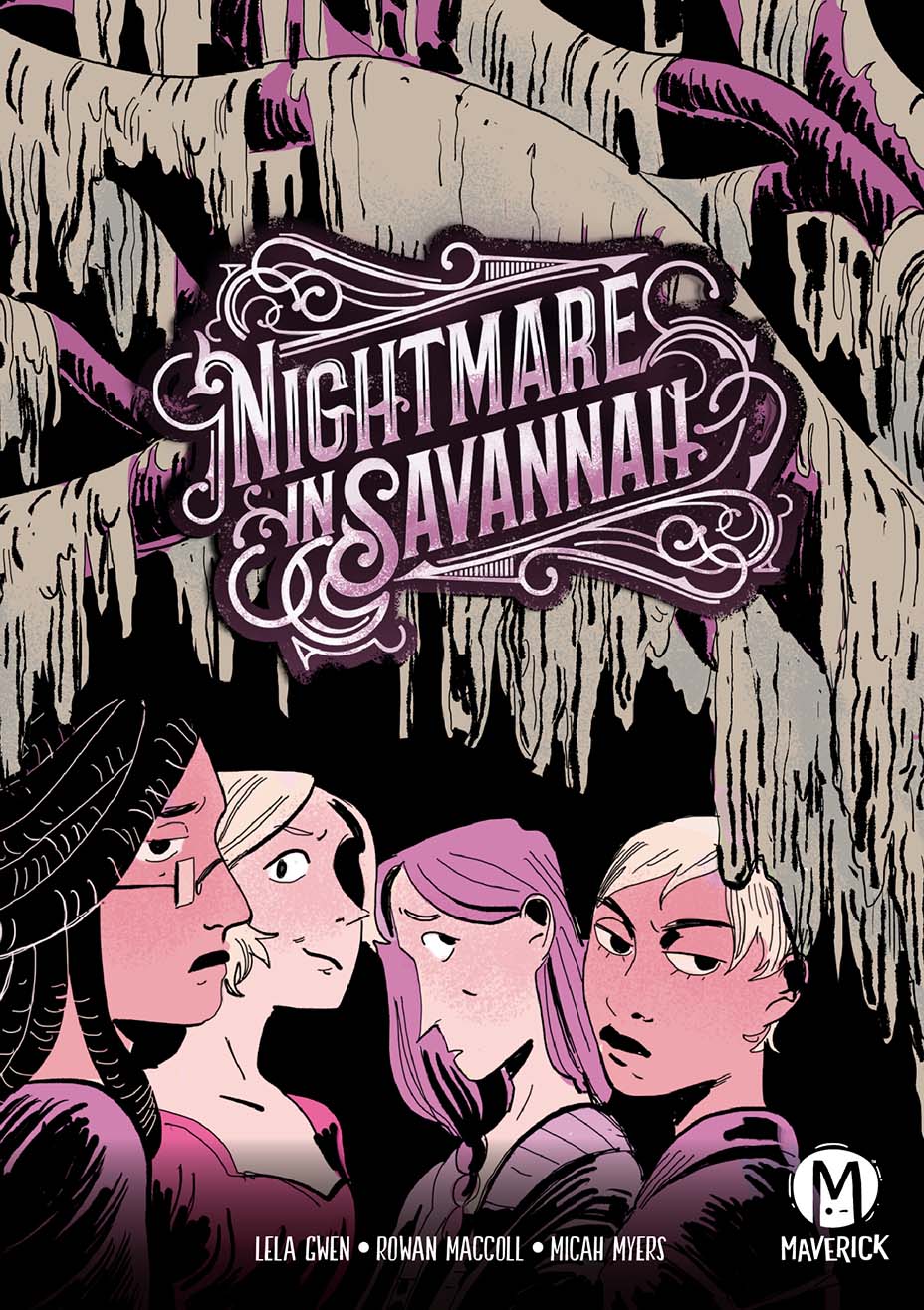 When Alexa’s parents are both sent to jail, she has to stay with her grandfather in Savannah — but her return to her hometown isn’t exactly a respite from danger, as it turns out that her new friends aren’t what she (or anyone else) expected.

“Mad Cave Studios really took a chance on me to help them bring this story to life,” said MacColl. “It’s been such a fun experience working on a project like this. I’m so excited for everyone to see our work and help bring comics to the YA genre!”

“I’m so excited to share this book with the world. A little bit scary, a little bit romantic, a lotta bit queer,” Gwenn teased. “This is my favorite kind of story and I’m so happy Maverick is here to give it to y’all!”

Of Her Own Design by Birdie Willis, Jess Taylor and Stephanie Palladino 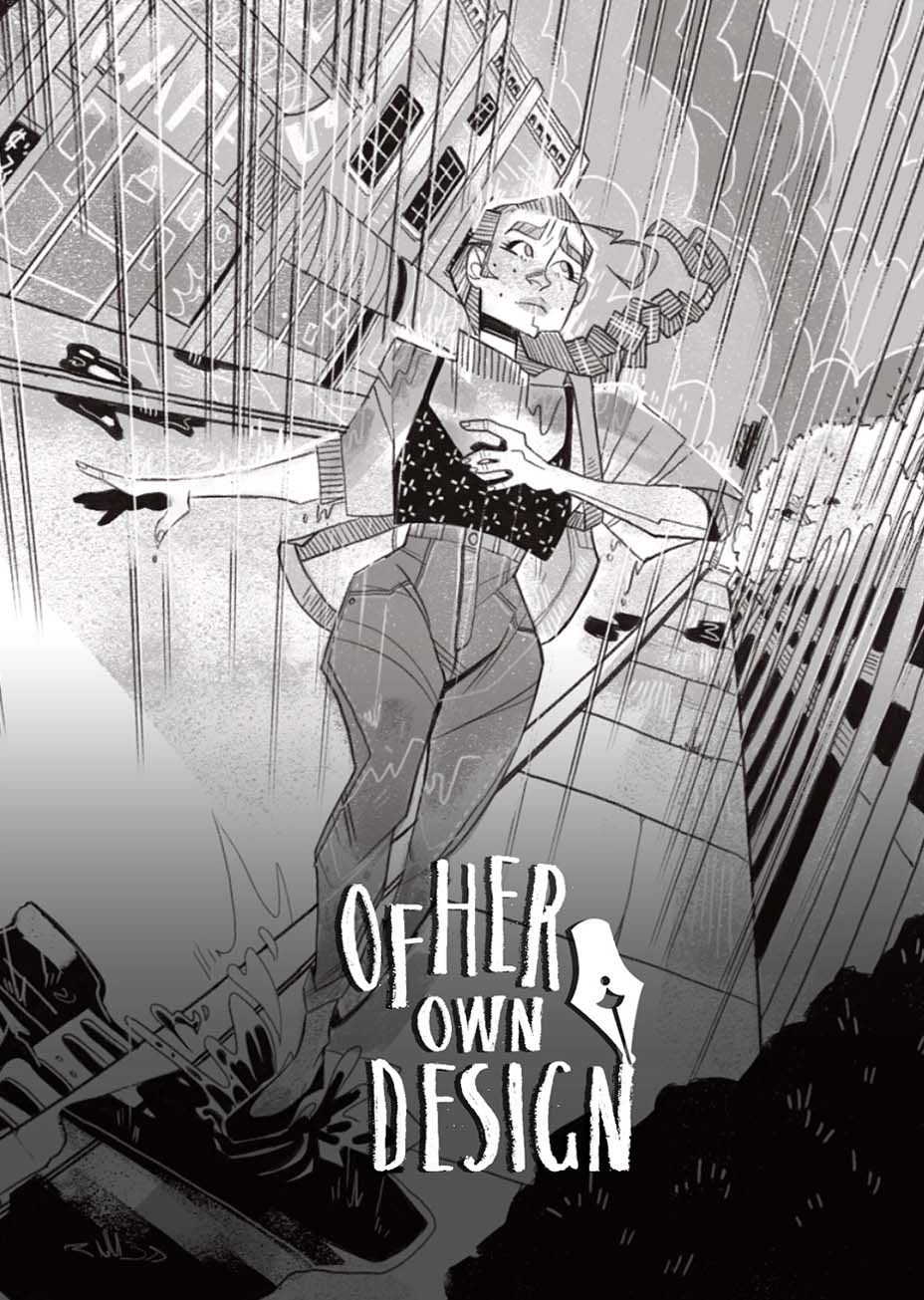 A teenager gains the ability to literally write her way out of trouble when she’s comes into the possession of a magical pen, but there’s one problem: Brie has never been particularly good at writing endings…

“I’m so excited to have people read Of Her Own Design!” Said Willis. “Pretty aptly, Brie took on a life of her own as I wrote her. She’s full of wit and awkward charm — definitely one of the most fun I’ve had writing a character in a long time! I can’t say good enough things about Mad Cave! They really gave us the room for this story to grow at its own pace — and it’s not every day you get an opportunity like that!”

“Birdie’s script is nothing short of magical, and I can’t wait for people to share in the story,” added Taylor. “Giving life to Brie — her struggles and successes — has been amazing. There’s a really relatable depth to her and her passions. I’ve been her. I hope other people can find the same comfort and inspiration in her story as I have. Mad Cave have been wonderful! They gave this story the chance to flourish. They’ve really bolstered and supported us every step of the way. “ 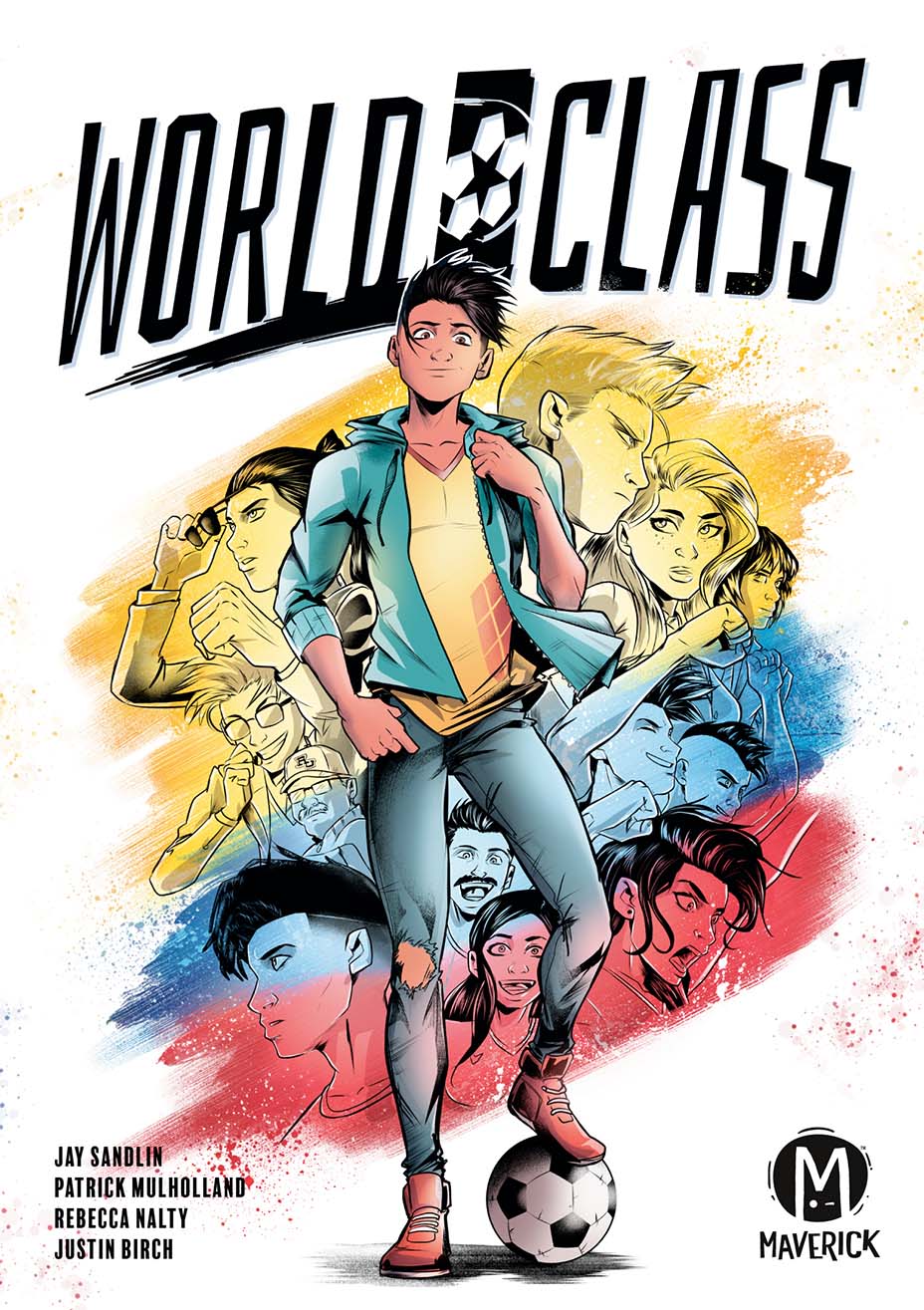 Adrian Molina’s dreams come true when he’s offered a full scholarship that allows him the chance to become the soccer star he’s always wanted to be, but being part of a team comes with an emotional cost unlike anything he could have imagined.

“Mad Cave Studios changed my life when they hired me in 2018,” said Sandlin. “From the beginning, it was clear they support their creative teams in telling their stories through the eternal format of comic books. I’m certain Maverick will be another tool to reach young readers so they may find their favorite stories early to carry through adulthood and later pass to their offspring. Thus continues the circle of (comics) life!”

“I think it is great to give young readers easy access to fun and complete stories,” agreed Mullholland. “Kids love to read and have new experiences, they’re the next generation of comic book readers. Maverick will help young readers discover new genres in comics, and I think that’s great!”

More information about the line, and the launch titles, will be revealed during the Mad Cave Showcase 2.0, broadcast live online Oct. 3 starting 9 am PST..