America’s most pressing social issues — racial friction, unequal justice, abuses of power, pressures on free speech — may be newly contentious in today’s divided political landscape, but they have plagued the country for decades.

“These stories are timely and timeless,” says John Ridley, who wrote and directed Let It Fall: Los Angeles 1982-1992, which saw an Oscar-qualifying theatrical release in April, one week ahead of airing on ABC. “These cycles of discord — of communities not being able to see themselves in other people, issues of citizenry and police — have not gone away.”

Let It Fall examines the 1992 Los Angeles riots, sparked by the acquittal of police officers in the Rodney King beating but fueled by years of similar incidents. Ridley (who won a screenplay Oscar for 12 Years a Slave) mixes archival footage with new interviews of police and riot participants to unveil fresh truths.

Two weeks before those L.A. riots, director and producer Yance Ford’s brother William, an unarmed black man, was shot in Long Island by a white man who told police he feared for his life. The case never went to trial. Ford struggled for years with the psychological toll before making Strong Island, an intensely personal story whose details echo in many incidents since. “It got to the point where it was harder to not make the movie,” says Ford.

Racial injustice also is at the center of several films that focus on more recent events. In Gunpowder & Sky’s Copwatch, journalist Camilla Hall highlights citizens who’ve trained cameras on fatal arrests — including those of Eric Garner in New York’s Staten Island; Michael Brown in Ferguson, Missouri; and Freddie Gray in Baltimore — as well as Jacob Crawford, who started the WeCopwatch group to organize video recording of police. “There are many cases where just being present may have changed the outcome,” says Hall. Magnolia Pictures’ Whose Streets?, from filmmakers Sabaah Folayan and Damon Davis, focuses on the 2014 Ferguson shooting and the birth of the Black Lives Matter movement.

Also watching the cops is Kino Lorber’s The Force, Peter Nicks’ second film in a planned trilogy. He embedded with the Oakland Police Department, which was under federal oversight for misconduct, as it tried to implement reforms. “We told them we would humanize them,” says Nicks. “But humanize doesn’t mean make them look good.”

In Oklahoma City, Barak Goodman uncloaks America’s white supremacist movement, via Timothy McVeigh’s transformation from soldier to anti-government killer who bombed the Murrah Federal Building in 1995. The American Experience Films title connects botched federal actions in Ruby Ridge and Waco to the rise of groups prepared to oppose the government violently. “Some of the same characters that were marching around in camouflage in the archival footage are now standing in front of microphones with chinos and polo shorts and talking about the same things,” says Goodman.

America’s incarceration rate is the world’s highest, and two documentaries from The Orchard stepped behind bars to examine programs designed to reconnect inmates with society. They Call Us Monsters looks at youths in a juvenile detention center participating in a writing program. First-time director Ben Lear, son of Norman Lear, builds a narrative showing how three boys lives’ could go either way. In The Work, Jairus McLeary captures an emotional prison therapy program uniting adult lifers and outsiders. “The guys on the inside get to practice empathy in a place where there isn’t much,” says McLeary. 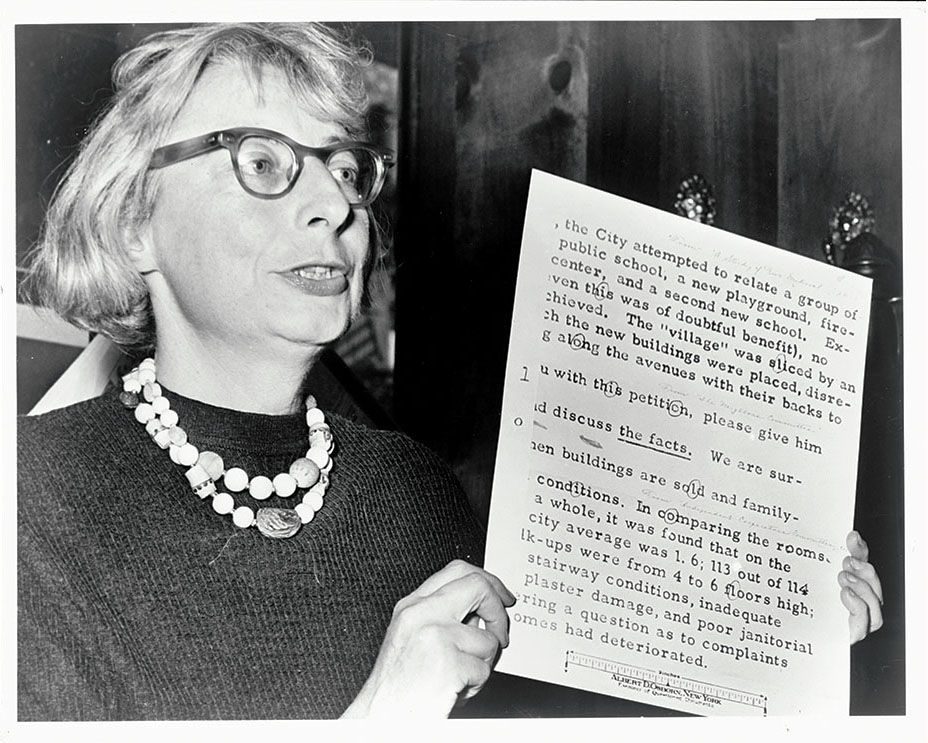 In Netflix’s Nobody Speak: Trials of the Free Press, writer-director Brian Knappenberger explores the power of billionaires to squelch the press, beginning with the tawdry Hulk Hogan sex-tape lawsuit that brought down digital publication Gawker. Some journalists might hold their nose defending the salacious Gawker, but after it emerged that businessman Peter Thiel funded the lawsuit to destroy the site, “it was clear these tactics could be used against any news source,” says Knappenberger.

PBS’ Abacus: Small Enough to Jail finds bigotry in the story of a family-run bank in New York’s Chinatown that became the only bank indicted after the 2008 mortgage crisis. “Somebody said this is like a footnote to the crisis, but I don’t agree,” says director Steve James (Hoop Dreams). “It is an important story given the way the large banks were bailed out and never criminally prosecuted.”

Matt Tyrnauer’s Citizen Jane: Battle for the City celebrates Jane Jacobs, who fought for the housing rights of lower-income families and went up against Mayor Robert Moses, known for remaking New York with highways and housing projects. When his Sundance Selects film premiered at 2016’s DOC NYC, Tyrnauer noticed a parallel: A woman was running for president against an imperious New York skyscraper developer.

Another doc from The Orchard, 11/8/16, may seem too soon for some as it tells the stories of 16 Americans, by 18 directors, during Election Day 2016 as Donald Trump pulls off his unexpected victory. Greg Barker’s The Final Year, a Magnolia release, chronicles the last year of the Obama presidency as his foreign policy team works to shore up the legacy and prepare for what is expected to be another Democratic administration. Barker says that after a recent screening, Samantha Power — Obama’s ambassador to the United Nations — said it was “like watching a horror film, where you know what’s going to happen, but the characters don’t.”