Director Brad Peyton is on a rampage.

Through ambitious projects like 2015’s San Andreas, which starred Dwayne Johnson as a heroic helicopter pilot, the filmmaker has become known for crafting big budget spectacle that also has a lot of heart. He supersizes that formula with this week’s Rampage, the Warner Bros. film that on the surface is about three giant monsters wrecking Chicago, but is really the story of the friendship between primatologist Davis Okoye (Johnson) and his best friend, an albino gorilla named George (Jason Liles), who grows to an enormous size after a genetic experiment and needs his pal to save him.

For Peyton, the road to crafting such blockbusters isn’t always easy. After San Andreas‘ grueling shoot, he fell ill, and for a time he wasn’t sure if he’d want to jump back into the big budget game.

“I did get really, really sick after San Andreas because it was just really demanding. I had to sit down with people I work with and say, ‘I’m not doing that again because it’s just too much,'” Peyton tells Heat Vision. “Once you’re sick for so long, where you start to doubt you’re actually going to get better, that’s when you’re too sick. You get scared.”

But these are the types of films he’s drawn to, having grown up on action movies in Canada, where one summer he watched a VHS copy of Arnold Schwarzenegger’s Predator every day (he estimates he’s seen the film “over 365 times”). But it wasn’t always clear to Peyton he’d be making these types of films. He came up enamored with the works of Tim Burton, and he made his first impression on Hollywood with a 2002 short film called Evelyn: The Cutest Evil Dead Girl that evoked Edward Scissorhands and caught the attention of Tom Hanks and Harry Potter producer David Heyman on the festival circuit. He made his first studio feature with 2010’s Cats & Dogs: The Revenge of Kitty Galore and had his first hit two years later with Journey 2: The Mysterious Island.

“I wish I could do something easier,” he admits. “You realize you grew up watching action movies your entire life … I haven’t watched rom-coms my entire life, so if someone said, ‘Go shoot a rom-com,’ I would say, ‘No, I can’t do that very well. I don’t want to, nor would I be capable of it.'”

Rampage features not just impressive action, but also multiple moments that have left audiences sniffling, including one that Peyton had to fight to include.The brief scene delves into George’s backstory, showing the gorilla as a baby and and explaining why Johnson’s Davis prefers animals to humans. There’s one shot in particular that has the weight of something you’d expect in a war drama, and Peyton was convinced it was a moment the audience needed to see, and not just be told about through exposition.

“My argument for people who didn’t quite understand the importance of that was that I could say that [backstory in the script] a hundred times, but unless you see it, you’re not going to emotionally engage that idea,” Peyton says. “Seeing things and hearing things, though it is technically the same amount of information, you do not experience that information the same way. If I told you about a war, or you experienced a war, those are very, very different things.” 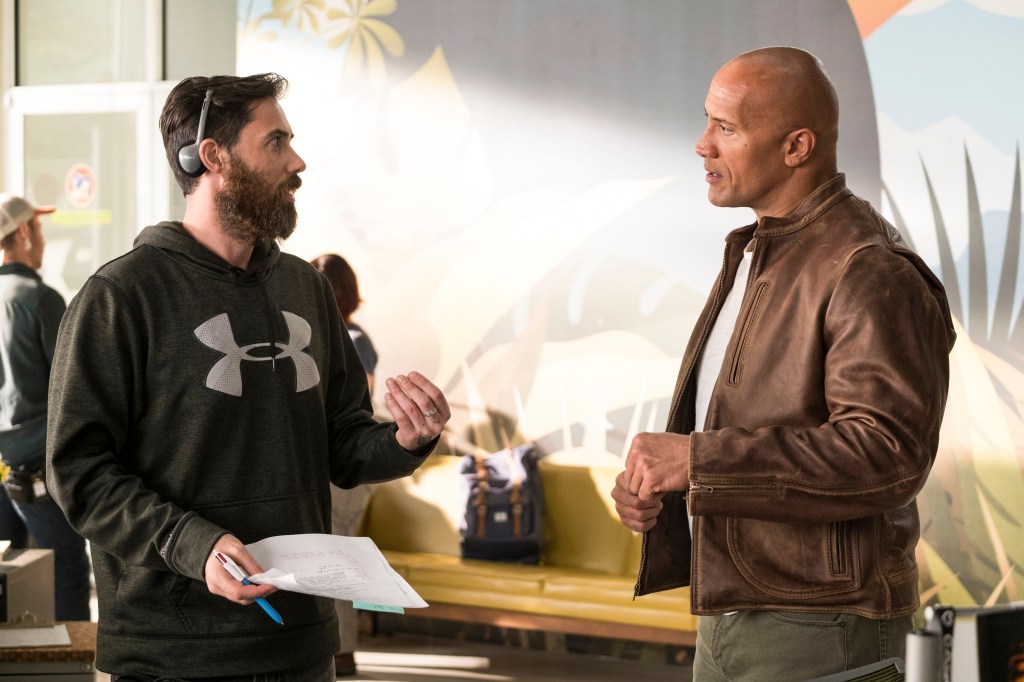 Peyton has gotten good at getting people to trust his instincts. He’s the director that, despite not yet having had a huge hit, convinced The Rock that a Journey 2 scene involving flying bees would be cool, thanks to an illustration of the star riding one. Journey 2 was his first film with Johnson, and would make the duo regular collaborators. Part of their close working relationship may be due to when they shot Journey 2.

“He was always a star, but on Journey 2, they’d just shot Fast Five, and it hadn’t come out yet, so I felt like I got to know who Dwayne was as a person when he was pre-superstardom,” says Peyton of the Fast and Furious sequel that established Johnson as the most bankable action star working today. “That allows me to kind of connect with him as a person beyond the image, beyond the brand.”

Audiences have become accustomed to seeing Johnson lead two or three blockbusters a year, and he has transcended into the rare realm of performers like Tom Cruise or Will Smith, stars so big that it can be a challenge for moviegoers to see them as characters, rather than as their oversized personas.

“You look at the material and you say, ‘this is interesting, I’ve never seen Dwayne play this kind of character before,'” Peyton says of finding new characters for Johnson to play while keeping it fresh. “It’s this kind of dual challenge. There’s a lot of the audience who wants to see him just do the same things. Creatively and artistically, I don’t. … What I love about working with Dwayne is he’s willing to go there. He trusts me so that we constantly have those conversations and try to explore how this character is different than any other character he’s ever played.” 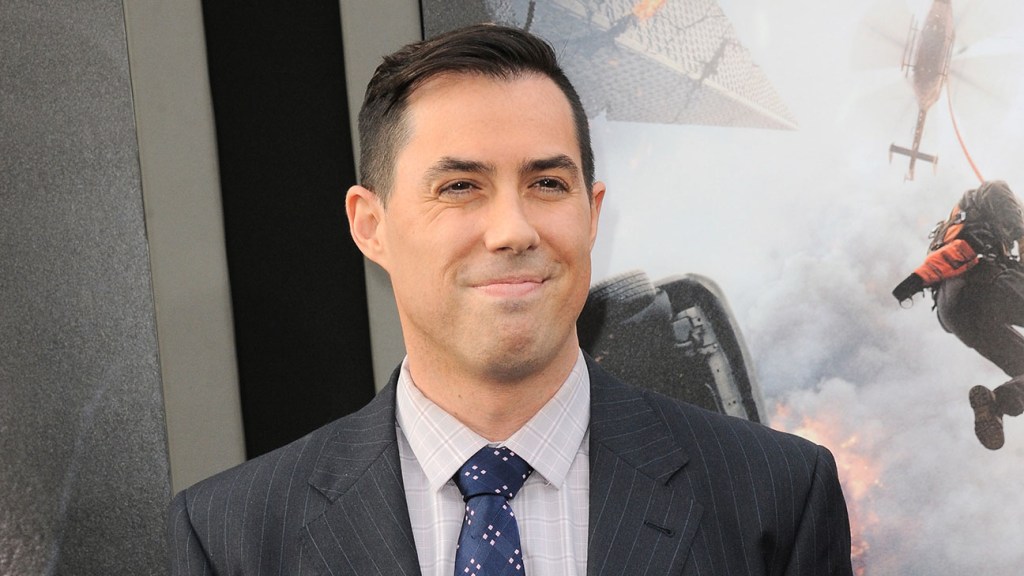 Peyton is an executive producer on Netflix’s Frontier, and is attached to a number of blockbusters, including a San Andreas sequel and the sci-fi film Epoch Index, but given the nature of his work, he isn’t sure which of the “four or five” projects he has cooking with producing partner Jeff Fierson at his ASAP Entertainment banner will shoot next.

“Since these movies take so long, you’ve got to really believe that this can be really good or you shouldn’t do it,” he says.

What he’s learned now that he has multiple blockbusters under his belt is to rely on the people around him more (many of his crew on Rampage worked with him on San Andreas).

“I don’t have to make every single micro decision. I mean, you still do, but you can’t worry about all of them all the time,” Peyton says. “Rampage was easier because I had these relationships that I’d fostered through San Andreas.”

Rampage is in theaters now.