“I have seen Predator over 365 times,” Peyton said during a recent visit to Heat Vision Breakdown, which is The Hollywood Reporter‘s new video series focusing on genre films and geek culture.

For anyone who knows Peyton’s work, it might make sense that he grew up on the Arnold Schwarzenegger classic. Peyton’s San Andreas stars Dwayne Johnson as a heroic helicopter pilot; Predator features one of the greatest lines in cinema ever (“get to the chopper!”). Peyton’s Rampage centers on the hunt for impossibly dangerous monsters. Predator features an impossibly dangerous alien hunting the most seasoned military men on planet Earth.

“When that movie came out, I had a friend who would record everything on VHS. I borrowed his VHS tape and I watched Predator one summer, literally every single day,” Peyton said. “I had seen it previous to that probably 10 times, and I’ve seen it later that a lot. So I know for a fact I have definitely seen it for a year.”

In a strange way, Predator brought Peyton his first directing gig. As a kid, he and his friends would play a game called Predator, in which he served as something of a mix of film director and Dungeons & Dragons dungeon master, calling out the action.

“We would go to the mall and buy toy guns,” Peyton said. “We would go into the woods and we would play Predator … and I’m directing them, as to where the Predator is, who got shot. ‘Oh no! You just got shot in the leg!’ And everyone would act out the parts.” 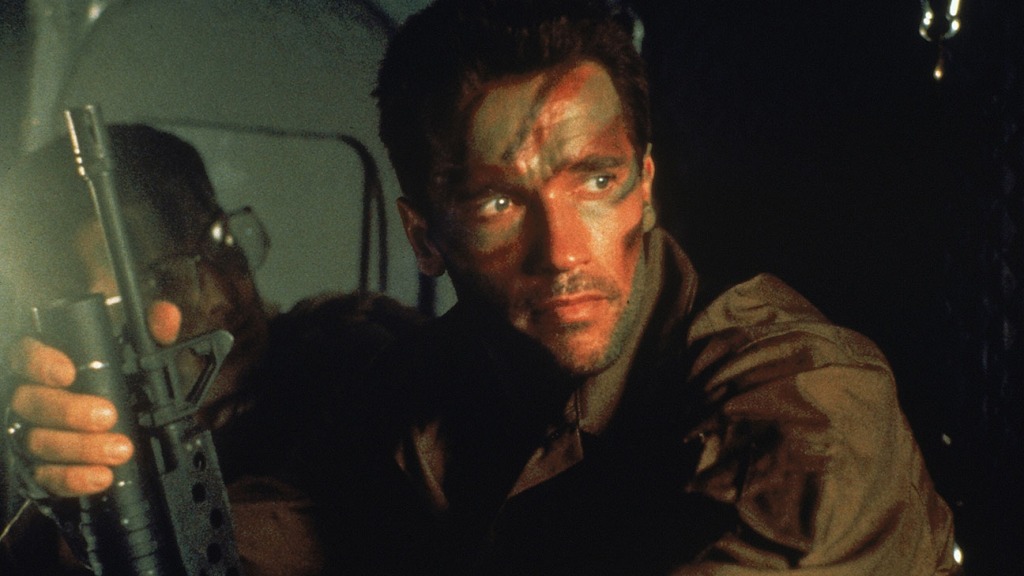 Peyton’s love for Predator was the inspiration for one scene in particular in Rampage featuring Joe Manganiello, who plays a mercenary tasked with hunting down one of the monsters.

“When I talked to Joe, I was like, ‘Predator is one of my favorite movies of all time and I have a sequence in that’s like Predator but with this giant wolf and I’d love for you to be the head of the team that takes this on,” Peyton recalled.

Manganiello responded he was “100 percent in” due to the actor’s mutual love of Predator.

“I finally get to make a bite size version of Predator on this movie,” said Peyton.

(For movie fans who want to rival Peyton’s love of Predator, we suggest reading this oral history of the film, which proves that the making of the movie was even wilder than you’d think. Among the tidbits are competing stories explaining the firing of Jean-Claude Van Damme — who originally played the Predator — as well as why the studio shut the film down in the middle of production.)

With Rampage, Peyton also is getting to parlay his love of video games into a big budget movie. The film is based on the 1980s arcade game about three monsters who terrorize various cities across the U.S. Peyton grew up on the Nintendo Entertainment System, and even humbly admits he got his name printed in the now-defunct Nintendo Power magazine for a high score in Tetris (that’s like an Oscar for a young video game player).

He retired from video games, and missed out on all advances from NES until Xbox 360, and his videogame addiction began anew as he was shocked by how good the technology was (“I was pure Encino Man. I was Brendan Fraser at the peak. What is going on?”)

“So I then went hard; I beat Need for Speed and Lost Planet. I finished everything in Mad Max. I collected everything and I did the same thing for Red Dead Redemption,” he said. “I love them, but I chose very carefully because of that. Otherwise I won’t work for two months.”

Rampage is in theaters Friday. For more from Heat Vision Breakdown, check out our previous episodes on why videogame movies can be tough to make, and the challenges of creating a cinematic universe.