With Ready Player One, screenwriter Zak Penn has crafted a story set in the future by looking to the past.

The Steven Spielberg film, which Penn wrote with Ready Player One author Ernie Cline, is full of callbacks to movies such as Back to the Future, Jurassic Park and King Kong as teenager Wade Watts (Tye Sheridan) uses his knowledge of ’80s pop culture on his quest to save a virtual universe called the OASIS.

Penn has amassed a filmography over the past 25 years that would certainly earn his work a space in the OASIS (should one be built with tastes skewing a little more recent). He was an architect of the Marvel Cinematic Universe, spun stories for the early days of Fox’s X-Men franchise, and even had a small hand in movies like Men in Black and The Mask of Zorro.

So in honor of Ready Player One, Heat Vision asked Penn to stroll down memory lane and share a few Easter egg-worthy moments from films like Last Action Hero, X2: X-Men United and The Avengers.

Strap on your nostalgia helmets…

Last Action Hero (1993) earned Penn an unexpected SAG card after he was booted from the movie.
Penn shares story credit with Adam Leff.

Penn wrote Last Action Hero when he was in his early 20s with then-writing partner Adam Leff. The script — then titled Extremely Violent —was a sendup of action movies of the era and centered on a kid who was transported into the world of his favorite action star’s latest film. Soon after the duo sold the script to Columbia Pictures, they were unceremoniously booted off the project. Last Action Hero‘s troubled production went on to become the stuff of legend. After being pushed off the project, Penn surprisingly was able to land a small acting role in the Arnold Schwarzenegger film and his agents even negotiated that he get his Screen Actors Guild card for it.

“I had no idea how anything worked. The idea that a writer who had already been fired showing up on set for three weeks to do a bit part didn’t seem weird to me. Now, in retrospect, it seems crazy that I had the balls to show up,” says Penn of working on director John McTiernan’s set.

Something that also seems a little crazy to Penn in hindsight: He didn’t think twice about telling then-Columbia Pictures head Mark Canton what he really thought about plans to open the film a week after Jurassic Park. 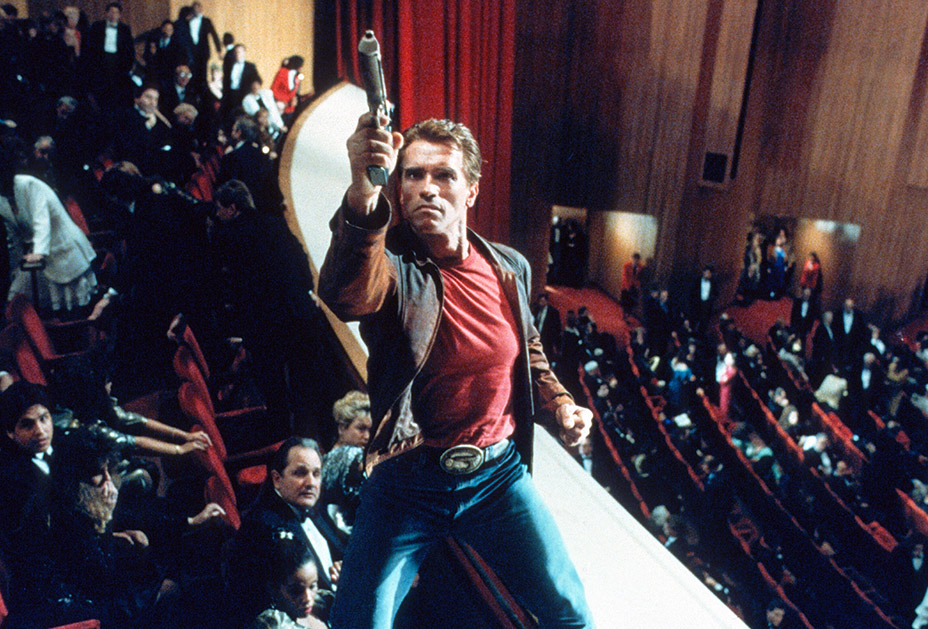 “That’s one of the benefits of ignorance. I used to call the studio head and tell him they were making a mistake opening against Jurassic Park,” said Penn. “I don’t know why he took my call, but he did. He didn’t listen to me, but he took my call.”

For the record, Jurassic Park opened to a $47 million weekend on June 11, 1993. A week later, Last Action Hero opened at No. 2 to a muted $15 million, unable to compete with the Spielberg film. But despite the setback, Penn was soon doing rewrite work, including on projects for Spielberg’s Amblin Entertainment. 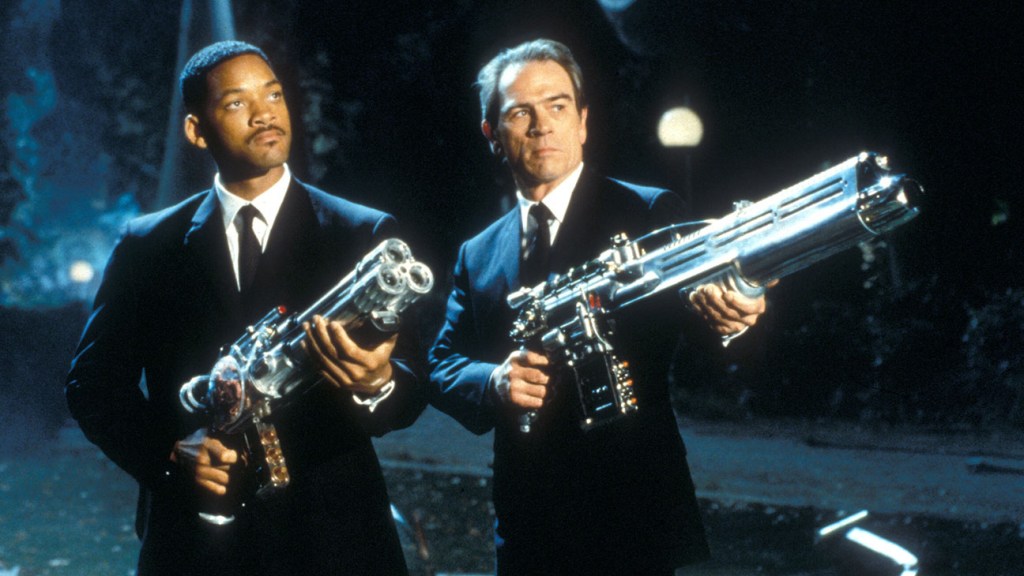 Men in Black (1997) changed the plot in postproduction by altering what Frank the Pug says.
Penn did uncredited work on Ed Solomon’s script.

As a young screenwriter, Penn ended up spending time helping out on the set of the Will Smith-Tommy Lee Jones movie about agents who protect Earth from the scum of the universe. The film was already strong when Penn came on board, and he describes his job as on-set rewrite scribe as being there just to lend the production a fresh pair of eyes.

“I could just kind of move things around a little bit,” he says. “It got much harder in post, where we kind of changed some of the plotting without changing all of the voiceovers. All the stuff that the dog says, all the stuff that’s subtitled, that’s how we changed the plot.” 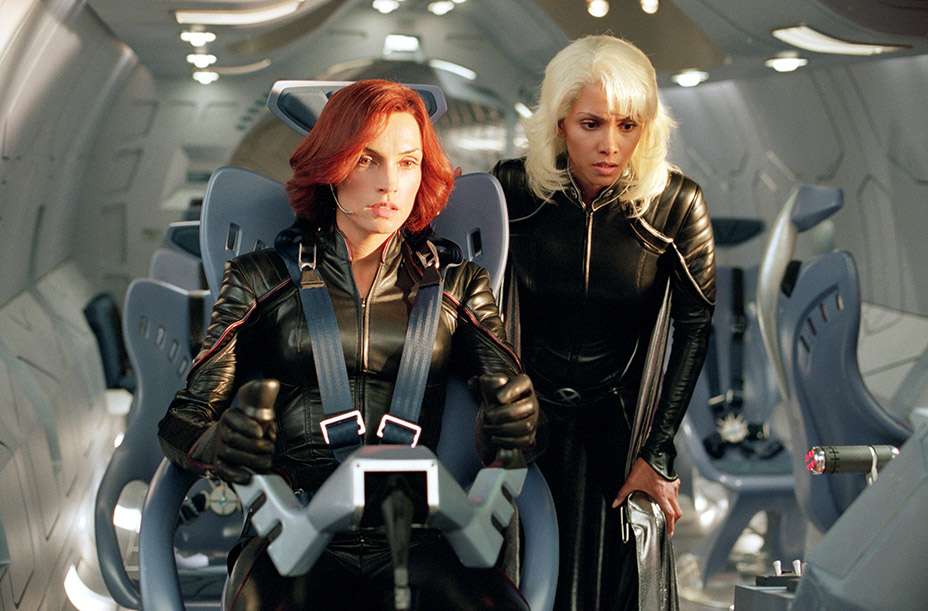 X2: X-Men United is widely considered among the greatest comic book movies of all time. But it may have gone in a different direction without Penn’s intervention. The film subtly sets up the transformation of Jean Grey (Famke Janssen) into the Phoenix in its final moments, when the hero sacrifices herself for her teammates by tapping an unknown power within herself. She returned as the Phoenix in the 2006 sequel, X-Men: The Last Stand.

But originally, the full-fledged Phoenix transformation was to have happened in X2, rather than The Last Stand.

“On X2, part of how I ended up getting the job on it was that originally that was going to be the Phoenix story,” says Penn, who made the case to director Singer for holding that classic comic book plot back. “I just said … ‘You’ve built up this real universe and you should establish it more before you go into Phoenix.'”

Penn based the outline on the 1982 storyline God Loves, Man Kills by writer Chris Claremont and artist Brent Anderson. The comic story centered on the X-Men having to team up with Magneto to stop the Rev. William Stryker.

“It was too soon to go into the Phoenix story and it was too soon to get cosmic. I would say that’s probably the biggest contribution I made… pushing it in that direction,” says Penn who left the project before shooting. “There are a bunch of scenes I wrote that are still in there. I don’t remember what movie I left to do while they were making X-Men 2, but that was kind of the story of my life. I would come in and do something and then leave.” 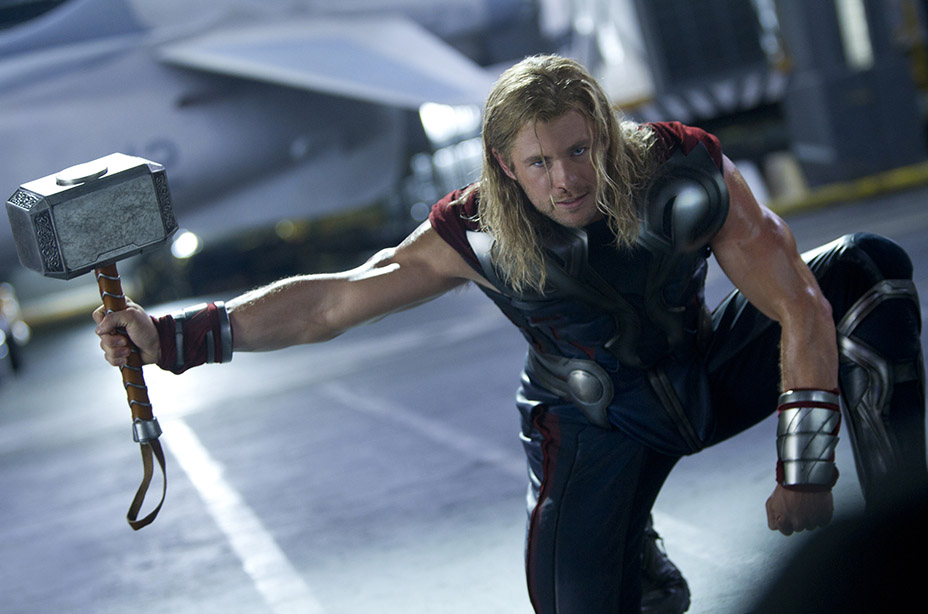 Penn’s The Avengers (2012) script originally had less Thor, because of doubts he’d work on the big screen.
Penn wrote a script and shares a story credit with Joss Whedon, who has stated he started from scratch and wrote his own script after he was hired as director.

Before there was a Marvel Cinematic Universe, Penn was among those who advocated for a cinematic universe featuring Fox’s X-Men characters.

“It wasn’t just me. I would say myself, Kevin Feige, Avi Arad, Ari Arad, all of us [said], ‘This is going to last. This isn’t going anywhere,'” recalls Penn. Their belief bucked conventional wisdom in Hollywood, which was that superhero movies were a fad that would soon die out.

When the newly formed Marvel Studios offered Penn the chance to come on board to write The Avengers, people warned him it would be a poor career choice.

“It was considered risky, believe it or not. I know that seems crazy right now, but a number of people said, ‘You’re really going to to go with this startup company and they’re going to make [and finance] their own movies? That never works out,'” recalls Penn.

Penn spent the early days of the MCU working to bring it all together, communicating with the Phase One film’s directors and adjusting his own script as those films came along and its heroes were cast.

“I remember Chris Hemsworth walking through the Marvel offices, and being, ‘Oh, my god, that guy is Thor,’ ” says Penn.

Before Hemsworth came on the scene, there were doubts (including from Penn himself) that Thor would work on the big screen.

“Originally I was trying to reduce how much Thor was in the movie. Once it was clear that, no, this is going to work and they were excited about it, then I did not [reduce Thor in the script]. I stopped doing that.” 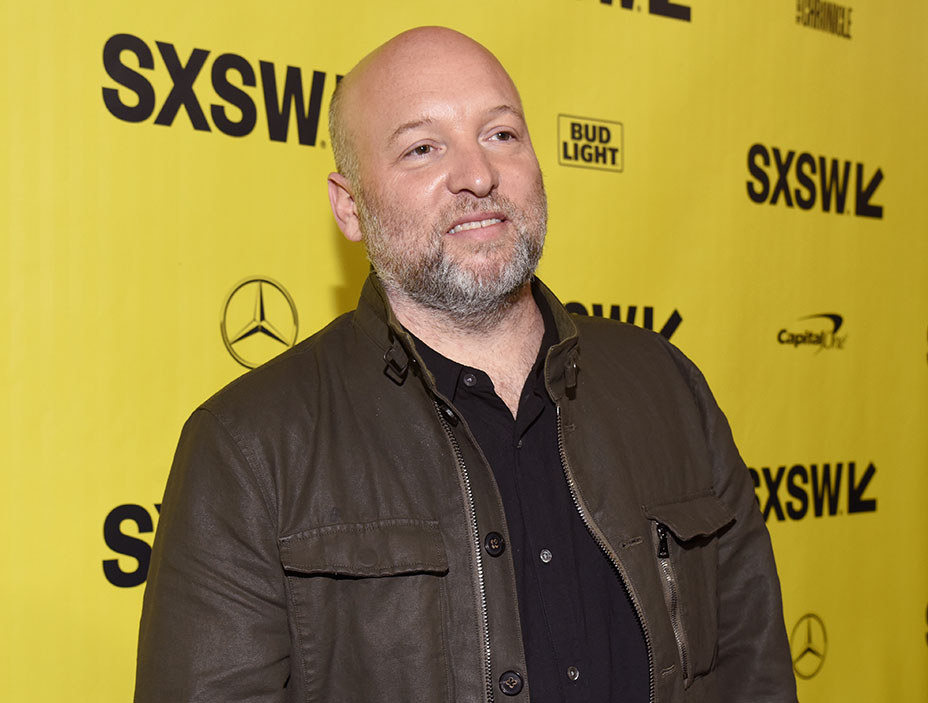 There’s poetic symmetry in Penn starting out with being ousted from Last Action Hero and ending up on Ready Player One, a film he was involved in every step of the way.

“I’m glad it happened now and not when I was 24, because I would have never been able to appreciate it the way I did these last four years,” said Penn, who spoke to Heat Vision on his 50th birthday last week.

One big change from the novel (which we won’t spoil here) involves a lengthy sequence paying tribute to a classic film.

In the novel, the second challenge Percival (the avatar of Wade Watts) faces revolves around Ridley Scott’s Blade Runner, and tests our hero on how well he knows the film. Both Cline and Penn decided that in the film adaptation this moment was an opportunity for a much more action-heavy sequence, and so they began discussing what movie to use. When the team settled on a movie, they were doubtful Spielberg would go for it.

“We were shocked when he did,” says Penn. “When you see the movie, if you know anything about Spielberg’s history, you will see why we were thinking he wouldn’t go for it. But he did. And it then became by far the most difficult thing to get right in the movie. Because it’s a classic. You really had to figure out what are we going to do with this movie that makes sense?”

Cline is working on a sequel novel, and Penn notes that he and the author have spent a lot of time discussing a possible film sequel as well. He plans to return should there be a movie sequel.

“It’s fun sitting around, talking about what’s going on in the OASIS and what else is happening there. There’s one question that’s raised at the end of the movie that came out of discussions I was having with Ernie about what the nature of the contest and of Halliday was,” he says. “What are we actually seeing on screen when we see Halliday? But it’s Ernie’s universe, we just live in it. He’s working on the book, and I’m trying not to look too far ahead. I just hope everyone likes this movie to start.”

Ready Player One is in theaters now.

'Ready Player One' Premiere Featured a 'Back to the Future' Reunion