Reni Santoni, who starred in Carl Reiner’s semi-autobiographical movie Enter Laughing and played the rookie partner of Clint Eastwood’s maverick detective in Dirty Harry, has died. He was 82.

The Seinfeld faithful know the Bronx native for his four appearances as Poppie, the unsanitary pizza guy who has a problem with bladder control.

Santoni also portrayed a Mexican-Irish revolutionary in Guns of the Magnificent Seven (1969) and Sylvester Stallone’s partner in Cobra (1986) and had a recurring role as one of Arthur Hill’s assistants on the final season (1973-74) of the ABC law drama Owen Marshall, Counselor at Law.

He had a long romantic relationship with actress-turned-director Betty Thomas and worked for her in Only You (1992), The Brady Bunch Movie (1995), the 1996 HBO telefilm The Late Shift (as NBC executive John Agoglia), Howard Stern’s Private Parts (1997), Doctor Dolittle (1998) and the Sandra Bullock-starring 28 Days (2000).

Earlier, he was married to actress-stage director Lisa James.

Santoni had just a handful of small TV and film credits to his name when he was tapped to star as David Kolowitz, a young man from the Bronx who yearns to be an actor, in Enter Laughing (1967). The film was adapted from the 1963-64 hit Broadway play that starred Alan Arkin in a Tony-winning performance; that in turn was based on Reiner’s 1958 book.

Reiner directed the film and co-wrote the script with Joseph Stein, and the casting of the leading man represented something of a risk. Roger Ebert in his review called Santoni “a young actor with just the right combination of spontaneity and desperation,” but Enter Laughing generally received poor reviews, and what could have been a career-making turn for Santoni was lost.

In Don Siegel’s Dirty Harry (1971), Santoni as detective Chico Gonzalez gets paired with Eastwood’s Harry Callahan after one of Callahan’s previous partners is killed and another is sent to the hospital “with a bullet in his gut.” Chico is mocked for being a “college boy” — and having a degree in sociology, no less. 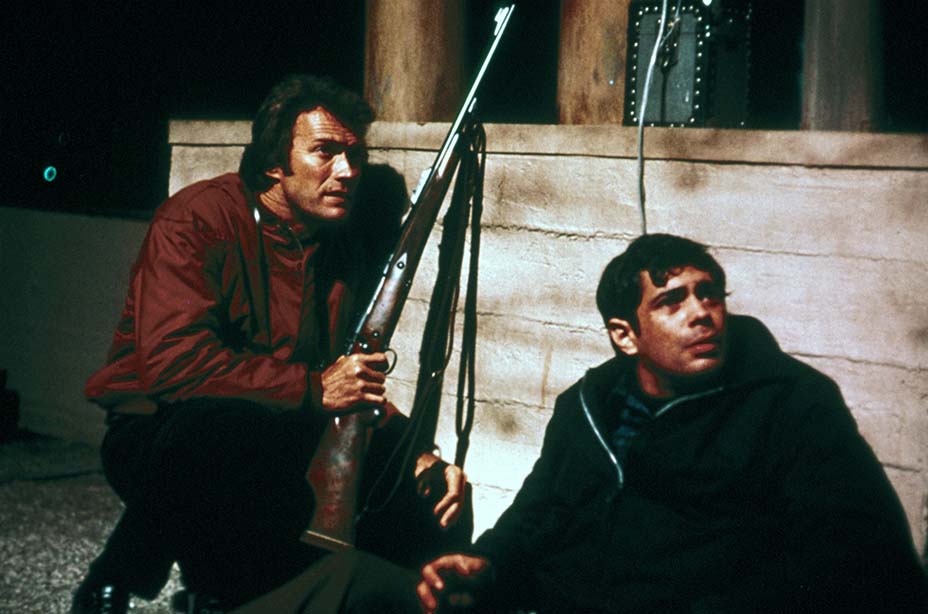 Born in New York City on April 21, 1938, Santoni wrote the off-Broadway play Raisin’ Hell in the Son, which premiered in 1962, and appeared on stage in The Mad Show (from the folks behind Mad magazine) in a cast that featured David Steinberg, Jo Anne Worley and Linda Lavin.

He played a junkie in Sidney Lumet’s The Pawnbroker (1964) and had TV roles on East Side/West Side, The Trials of O’Brien and Hawk before Enter Laughing came calling. Later, he would reunite with Reiner to portray a cop in Dead Men Don’t Wear Plaid (1982), starring Steve Martin.

In the 1980s, Santoni starred on the series Sanchez of Bel Air at USA Network — known for its part in creating the formula for actors’ TV residuals — and Manimal at NBC, but those shows didn’t last long.

He also showed up on episodes of The Odd Couple, The Rockford Files, Hill Street Blues, Miami Vice, Murder, She Wrote, NYPD Blue and Murder One during his career.

.Aug. 4 A previous version of this story incorrectly stated Santoni’s age. According to new information supplied by his son, he was born in 1938 and was 82 when he died.