Linklater made the announcement while introducing the screening at the New York Film Festival, where it served as the opening-night film. He took the stage after festival director Kent Jones, who briefly paid tribute to Demme, Harry Dean Stanton, John Ashbery and Hugh Hefner (and called Donald Trump a “sexist,” “misogynist” and “racist”).

“I remember meeting him a long time ago for the first time, he became a friend,” said Linklater of Demme, who died in April. “I want to dedicate this screening to Jonathan Demme, an inspiring filmmaker and an even better guy.”

Based on Darryl Ponicsan’s 2005 novel, the Amazon drama Last Flag Flying centers on three Vietnam War veterans — played by Steve Carell, Bryan Cranston and Laurence Fishburne — who reunite to bury one of their sons who was killed in Iraq.

Cranston, Fishburne, Yul Vazquez and J. Quinton Johnson were on hand to fete the film’s debut (Carell is currently shooting Robert Zemeckis’ The Women of Marwen). The cast shot the movie last fall, during the presidential election. Recalled Cranston to The Hollywood Reporter, “On election night, all of us gathered expecting to see the first woman become the president-elect of the United States, and it didn’t happen. We were all pretty shell-shocked, we were dumbfounded.”

Though Fishburne echoed that the film “is universal and timeless — it transcends politics in many ways, because it’s really about the humanity of these people,” he hopes it speaks particularly to veterans and their loved ones.

“Ultimately, for military families and gold-star families, I just want them to know that we care, we understand and we’re tremendously grateful and humbled by their sacrifice,” he said. “It’s a very difficult position to be in when one of your loved ones puts themselves in harm’s way, by choice or otherwise, and then doesn’t return to you. That has got to be one of the most terrible experiences a human being can have. Rarely do we ever acknowledge onscreen those who have been left behind.”

After the screening, the opening-night festivities continued at Central Park’s Tavern on the Green. 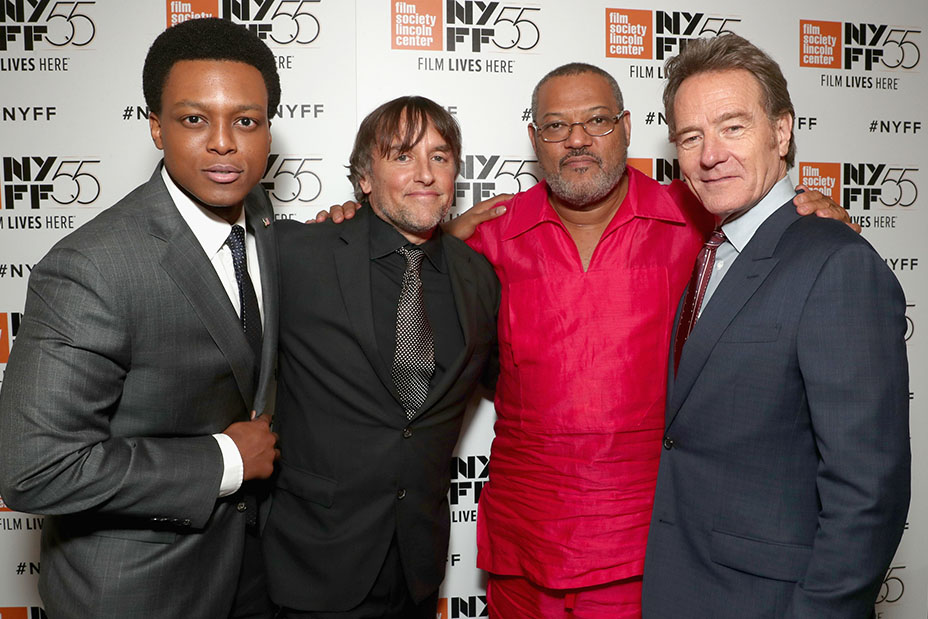