Richard Rush, the writer, director and producer who earned two Oscar nominations for his work on the deliciously dark Peter O’Toole comedy The Stunt Man, has died. He was 91.

Rush died Thursday of natural causes at his home in Los Angeles, his wife, Claude, told The Hollywood Reporter. He demonstrated an incredible “will to live” and survived 18 years with a heart transplant, she noted.

Early in his career, Rush directed the youth-targeted flicks Hells Angels on Wheels (1967) and Psych-Out (1968) — both featuring a brash, young Jack Nicholson — and went on to helm and produce one of the first Hollywood buddy-cop comedies, Freebie and the Bean (1974).

Rush also directed and produced Getting Straight (1970), a hip countercultural comedy that starred Elliott Gould and Candice Bergen and was one of the first films to center on the Vietnam War.

The Stunt Man (1980), a blistering satire of behind-the-scenes moviemaking, starred O’Toole, in one of his finest roles, as the manipulative movie director Eli Cross. When an escaped convict (Steve Railsback) wanders onto the set of his war picture and causes the death of a stuntman, Cross allows him to take the dead man’s place, then puts him in all sorts of perilous situations — all to get the perfect shot.

It took Rush almost a decade to get The Stunt Man off the ground, and he was rewarded with Oscar noms for adapting (with Lawrence B. Marcus) the novel by Paul Brodeur as well as directing. He produced the movie as well.

Despite accolades from critics and effusive praise from the moviegoers who saw it, The Stunt Man was grossly mishandled by its distributors and never received a wide release, a lamentable situation that Rush addressed in the 2000 DVD documentary The Sinister Saga of Making The Stunt Man.

In an interview before the 2016 Coronado Island Film Festival (The Stunt Man features a wonderful scene filmed surreptitiously outside the Hotel del Coronado), Rush was asked why it took so long for him to get a green light.

“The financial history of movies made about movies was questionable. Plus, they didn’t want to reveal the secrets of the stunt world to the public,” he said.

“[But] the real reason for the rejection is they wanted a picture that could be described in one sentence. Was it a comedy, a tragedy, social satire or action adventure movie? The answer was yes, and they couldn’t pigeonhole it. Ten years later when we made the movie, it came out exactly the way I wanted it to.”

Richard Rush was born in Manhattan on April 15, 1929. He and his family moved to Los Angeles when he was 7, and he attended L.A. High and film school at UCLA. He then shot training films and did PR work for the U.S. Air Force, an “amazing period of training” for him.

In 1960, Rush made his directorial debut on Universal Pictures’ Too Soon to Love, which he also wrote and produced. A romantic drama about two teenagers and an unexpected pregnancy, it featured Nicholson in only his second big-screen appearance.

Rush then wrote and helmed Of Love and Desire (1963), toplined by Merle Oberon and Steve Cochran, and helmed Thunder Alley (1967), a stock car movie that starred Fabian and Annette Funicello. The latter was his first film for American International Pictures.

AIP was “the teenage exploitation studio that knew the secret the studios didn’t, which is that if you want to attract a certain demographic, you make your major cast that age group, and they’ll come to see themselves,” Rush said in a 2011 interview with the A.V. Club. “Also, you should deal with themes that are important to them. Since I was very rebellious, my characters were always very rebellious, which seemed to be the keynote of American youth at that time.”

Rush had a breakthrough with Getting Straight, an intelligent dissection of academia and the shallowness of the protest era that would become Columbia Pictures’ highest-grossing film that year. Gould plays a disillusioned graduate student, and Bergen is his chameleon-like girlfriend in the movie.

“The book for Getting Straight was a novel [by Ken Kolb] that was intriguing. I told the studio if they would let me play the story in current times, at a university protesting the war in Vietnam, I would be obliged to do it,” Rush said. “The studio was very much government-connected, and it was daring of them to let me have the go-ahead.”

While he was dickering with studio executives over The Stunt Man, Rush was offered the chance to direct and produce Freebie and the Bean, starring James Caan (already attached) and Alan Arkin (his choice) as cops who run roughshod over San Francisco. It was Warner Bros.’ top money-maker in 1974.

“We did a new screenplay based on the idea, which appealed to me, of two bad cops who run around town like an old married couple, constantly arguing with each other,” he said. “I’m not sure which was the husband and which was the wife, and I don’t think they were sure either.”

Rush received a screenplay credit on Air America (1990), a saga about a C.I.A.-run airline in Cambodia that starred Mel Gibson and Robert Downey Jr. He spent years on the project, but his script was rewritten. “Every once in a while I actually see the movie, and it depresses me,” he said in the A.V. Club chat.

Rush teamed with Laszlo Kovacs on six films, and he said he and the famed cinematographer developed the filming technique known as “racking focus,” when the focus is shifted from one object to another in a frame.

Rush appeared as an airline pilot in the 1987 Railsback-starring film Distortions. An avid aviator himself, he owned a relic World War II plane equipped for aerial photography.

In addition to his wife — they were together for 48 years — survivors include his son, Anthony, and grandson, Shayne.

“He will be remembered for a string of landmark films in the 1960s and ’70s, culminating with his 1980 multi-Oscar-nominated classic, The Stunt Man, which is widely regarded as one of the greatest films of all time,” his wife wrote in a statement.

“But to those who were privileged to know and love him, he will be even more warmly remembered, and missed, for his integrity, his loyalty, his endless generosity of spirit and his boundless support and mentorship of other filmmakers, writers or indeed anyone who ever dared to, in the words of his Stunt Man hero Eli Cross, ’tilt at a windmill.'” 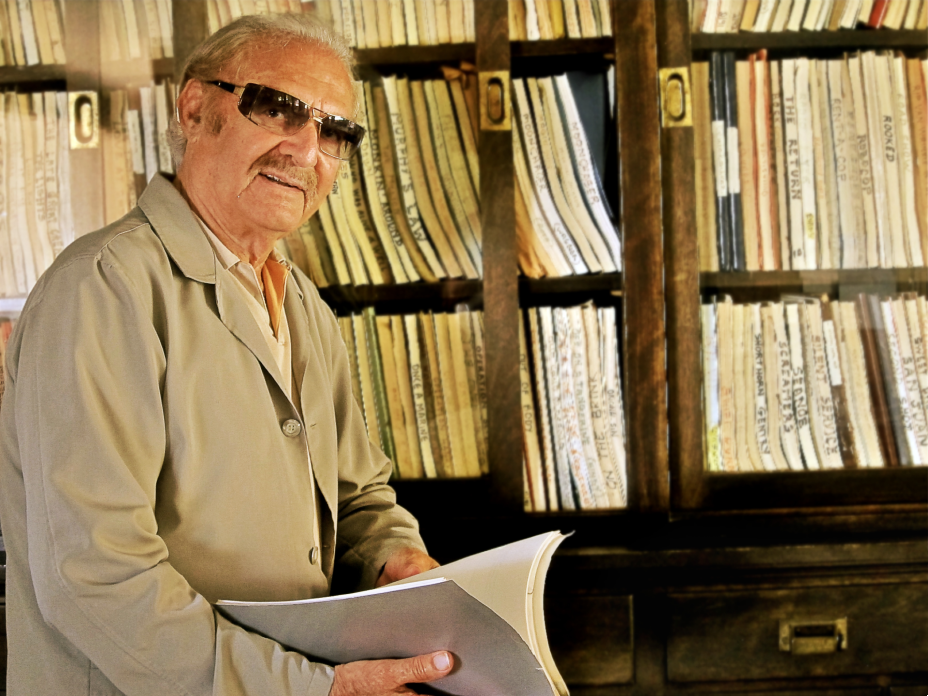