Vietnamese star Veronica Ngo believes Southeast Asian cinema is in a state of revolution with a string of box office hits from the region featuring a new generation of ass-kicking female leads.

“There are more alpha women out there, so there will be more female leads for them to watch,” Ngo told The Hollywood Reporter. “Those movies, in turn, encourage more and more young girls to be independent, strong and successful. That beautiful circle is slowly changing society.”

Ngo has in the past few years gone from the set of the $1.3 billion smash Star Wars — The Last Jedi (where she played Paige Tico) to returning home to make the action-packed thriller Furie, which has become her country’s highest-ever grossing film.

Over the same period of time there have been a number of box office hits across Southeast Asia driven by women, and by their fists, in markets traditionally labeled as conservative.

Ahead sees the end-of-August release of Indonesia’s Gundala, the first installment in the Bumilangit Cinematic Universe superhero franchise, which has a host of female characters to choose from. They include Wulan, to be played by Tara Basro in the franchise’s initial offering, and slated later for her own series of films.

“Filmmakers should and usually do reflect the movings of real life,” said Ngo, next to be seen in the Spike Lee-Netflix actioner Da Five Bloods.

“In general it’s a good thing to see Southeast Asia have more successful women leads. These movies could positively inspire young girls, encourage them to rise up and be independent in controlling their lives. It should be, and luckily I think it is, a trend now.”

The Le-Van Kiet-directed Furie saw Ngo playing a mother fighting (ferociously) against the gangsters who have kidnapped her child. The film went on to become Vietnam’s all-time box office champion, with takings of 200 billion dong ($8.6 million), a successful limited run in North American (via Well Go USA Entertainment) that collected $600,000, and a streaming deal with Netflix.

This new wave of female Southeast Asian action stars is a revival of traditions that date back to when female heroes were rarely if ever seen in Hollywood. 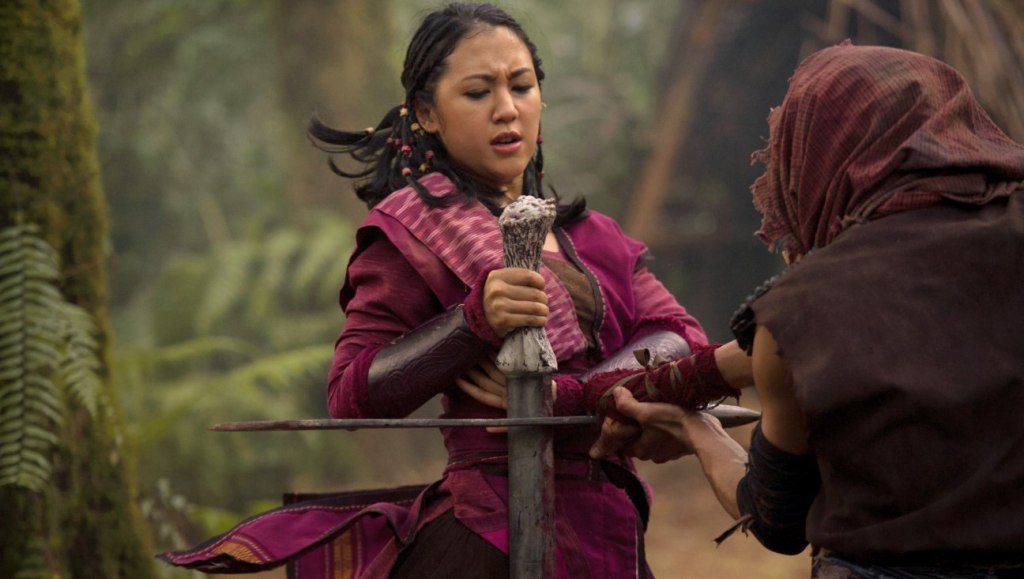 In the 1960s and 1970s, Chinese martial arts films were wildly popular throughout Southeast Asia,  thanks to the dominance of Shaw Brothers-owned theater networks and to the likes of Hong Kong’s Cheng Pei-pei, star of such Chinese-language wuxia classics as Come Drink with Me (1966). Its director — and box office champion — King Hu had a string of female-led hits, and the wuxia genre has long given women a place front and center of the action.

More recently, Malaysia’s Michelle Yeoh emerged as the lead in low-budget martial arts films in the 1980s, found international acclaim in the Oscar-winning Crouching Tiger, Hidden Dragon (2000) and will soon be seen in the Avatar sequels.

“In the past we have had seen lots of female heroes on screens in Southeast Asia but usually they don’t come from the same countries we do,” says Indonesia’s Munaf. “What is different today is that films such as 212 Warrior are giving audiences characters they can directly relate to.”

The former child star was lured out of semi-retirement by the chance to play a character “in charge of her own destiny.”

“She’s is strong, she doesn’t need anybody and I think that sends out a good message,” Munaf says. “There are more of these roles appearing as the female audience becomes more important. Which is how things should always have been.”

Filipino director Matti currently has a sequel to BuyBust in the works, and a number of other films he says will feature female protagonists. The veteran says he was motivated by the need to cater for what in his country is now a predominantly female audience.

“The male audience has slowly shifted to just watching sports events on TV or mostly watching big well-polished Hollywood films,” Matti says. “I thought we’d have a fresh take on an action hero in having a female protagonist, but the length of production saw a resurgence of female-driven action movies from Hollywood like Atomic Blond and Tomb Raider that sort of made ours look like we’re riding on a certain trend.

“Having a female protagonist in the story balances off the ‘machismo’ of the film and lends a lot more vulnerability and sensitivity to the point of view of the film.”

Embolden by the success of Furie, Ngo has plans for a slate of 30 features films over the next 10 years through the Studio 68 production house.

“In Vietnam, we can clearly see a wave of female-led projects. It represents a new generation of Vietnamese women who are very independent and confident,” she says.