“An EGOT? What good’s an EGOT? An EGOT doesn’t fill a deeper need to be loved and taken care of,” says Rita Moreno.

The 89-year-old screen icon — one of only 16 people to win a competitive Emmy, Grammy, Oscar and Tony, aka an “EGOT” — is reflecting on her doomed affair with Marlon Brando, whom she met in 1954 on the set of the historical romance Désirée. After years of infidelity and heartache, the couple self-destructed when Moreno got pregnant and Brando insisted she get an abortion. That led to Moreno swallowing a bottle of sleeping pills she’d found in Brando’s medicine cabinet. Had Brando’s assistant not discovered her and rushed her to the hospital, she surely would have died.

Lulu Wang, Patrick Gaspard Added to Sundance Board of Trustees

That shocking story is just one of the many laid bare in a new documentary about Moreno premiering at Sundance, Rita Moreno: Just a Girl Who Decided to Go for It. The film, from director Mariem Pérez Riera — who, like Moreno, hails from Puerto Rico — humanizes a star who won an Academy Award singing of “the island Manhattan” in 1961’s West Side Story. “She’s the one who gave us representation of who we are to the world,” says Pérez Riera. “And because she was the first Latina to win an Oscar, she became an icon.” 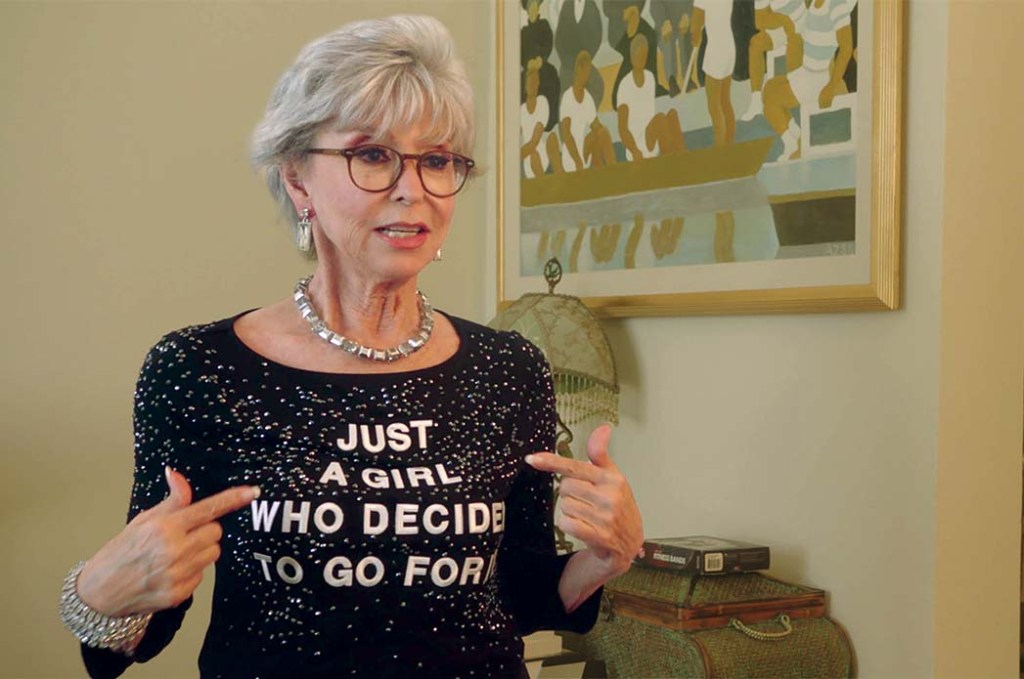 Moreno and Pérez Riera met four years ago on the set of One Day at a Time, the reboot of the classic Norman Lear sitcom that reimagined its single-parent family as Cuban Americans. For Moreno and Lear, the success of One Day — which ran for two critically acclaimed seasons on Netflix and two more seasons on Pop — closed the circle on a decades-long professional friendship. Not all of the memories were that great: “I’ll never forget showing up to an audition for one of Norman’s shows,” Moreno recalls. “It was to play the wife of Charles Durning.” The year was 1984 and the late character actor was 61; Moreno was 53. “Norman asked me, ‘What are you doing here?’ I said, ‘I’m here to audition for the wife.’ Norman said, ‘The wife? You’re too young to play the wife!’ I remember leaving and getting into my car and crying for an hour solid.”

It was not Moreno’s first taste of disappointment. Following her Oscar win, she spent the next seven years without working at all because she refused to accept roles she felt were stereotypes. Asked if anyone has ever apologized to her for typecasting her as “the fiery Latina,” she replies with characteristic candor. “Are you crazy?!” Moreno says, laughing. “No! No one has ever apologized.”

Nonetheless, there is a sense with Just a Girl Who Decided to Go for It that a national treasure is at last getting her due. The film, underwritten by PBS, will have a virtual Sundance premiere Jan. 29, followed by a theatrical run and a national airing on PBS’ American Masters. “It’s a good strategy,” says the film’s producer Brent Miller, who adds that an awards push is in the works for 2022. “It keeps the film on top of mind all year.”