The film, for which THR is exclusively debuting the trailer, above, follows Judge Charles Coleman (Diggs), whose son, recently accepted into the police academy, is shot at a traffic stop by two corrupt cops. While the official investigation finds no wrongdoing, Charles’ detective friend Horace (Cusack) finds an unchecked pattern of violence with the same officers. Charles soon joins forces with a mechanic (George Lopez) whose son was killed by the same police officers, and the two seek revenge.

River Runs Red — written, directed and produced by Wes Miller — also stars Luke Hemsworth, R.J. Mitte and Gianni Capaldi. Cinedigm will release the pic in select theaters and on VOD on Nov. 9, with a Blu-ray and Ultra HD release set for Dec. 11.

“With River Runs Red, Wes delivers a provocative, gripping spin on the classic vigilante genre,” said Yolanda Macias, Cinedigm’s executive vp acquisitions. “The entire cast is top-notch, and audiences will be stirred by the sheer dramatic force of Taye and George’s performances.”

Added Miller: “Having previously partnered with Cinedigm on Prayer Never Fails, I am thrilled to be working with them again on River Runs Red. They have proven themselves to be agile, forward-thinking partners, who embrace new formats like 4K, boast a deep network of digital relationships and work closely with filmmakers to develop and tailor the marketing and release strategy for a film.”

The deal was negotiated by Cinedigm vp acquisitions Melody Fowler and Miller.

Check out the poster for the film, below. 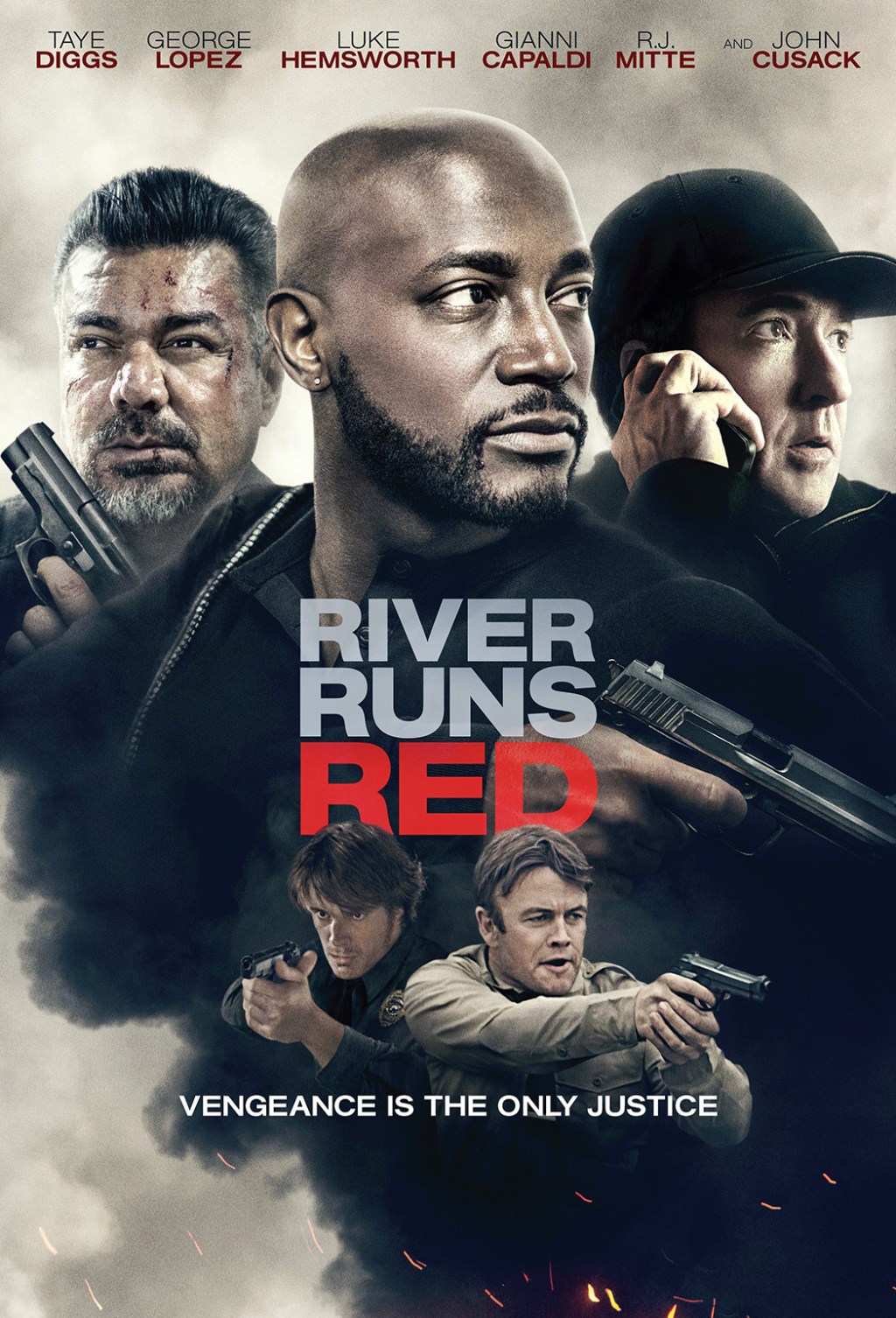