To say things have changed for Riz Ahmed, 34, since he first stepped into the world of The Night Of is a massive understatement. Back in 2013, the Pakistani-British actor and musician (who also raps about social justice under the moniker Riz MC) shot the pilot for the buzzed-about HBO series, in which he stars as Naz, a Pakistani-American college student accused of murder. But the project was put on hold following the untimely death of its executive producer, James Gandolfini. In the meantime, Ahmed’s career exploded, with an acclaimed turn in the Jake Gyllenhaal starrer Nightcrawler and a role alongside Matt Damon in this summer’s Jason Bourne. He also earned a spot in the newest film to burst out of the Star Wars universe, Rogue One, which premieres in December.

Your career took off in the gap between doing the pilot and completing The Night Of. How did that affect your take on the character?

Did that gap bring any particular challenges?

Just having too much time to think about it. It can be rather helpful to be swept up in the momentum of something. Also, having that time to think about the subject matter weighed heavily on my shoulders, wanting to do justice to the project — I interviewed so many people in prison. I think in a way that helps in the parts where Naz is carrying a heavy burden.

The project came out just as justice-system reform became a hot topic in America. How do you feel about being part of the zeitgeist?

These are massive, moving issues that need to be dealt with urgently. In a way, there’s nothing new about these issues, whether it’s Black Lives Matter or mass incarceration. These are age-old issues. [Co-creator] Richard Price didn’t want to get on a soap box and preach about them, but he couldn’t help but reflect on some of the issues that were around in the society he was drawing from. 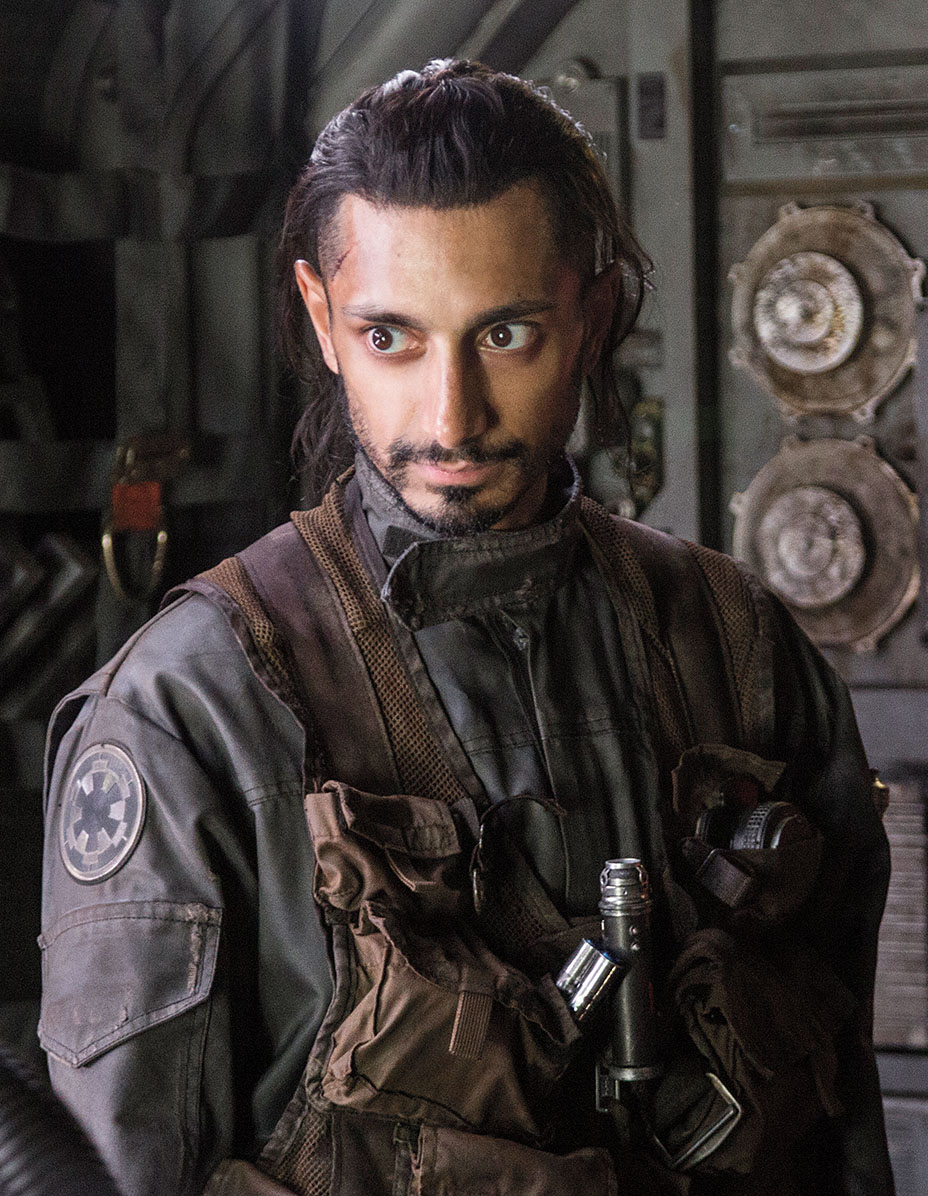 Naz starts off as a wide-eyed college kid and by the end is hardened by prison. How did you balance those aspects?

As an actor, the whole idea of playing different characters is, you believe that fundamentally I could be you or you could be me in a different set of circumstances. We all have it within us to be anyone. This role was an illustration of that for me. When you see him in a domestic setting as a student, he’s very much a caterpillar. And then he goes into this cocoon and something else starts forming, another aspect of his personality through experience starts bubbling up. It’s kind of like mixing on a disc. Certain things on the fader go down; other things on the fader go up.

Physicality has been important in your work. How did you approach that as you portrayed the pilot Bodhi in Rogue One?

Bodhi is someone who’s been running away his whole life. His planet gets occupied, so he goes, “How do I get out of here?” And the way was by becoming a long-distance cargo pilot. But, of course, that comes with guilt. If you look down and you’re wearing the same Imperial uniform with the same insignia that the people occupying your planet are wearing, it’s guilt and a lot of running away. I had the idea that this character is jittery. He’s jumpy. There’s a restlessness to him. This comes from the trauma and guilt.

This is the most diverse cast of any Star Wars movie. What does it mean to be a part of that?

I feel like Star Wars is leading the way. I like to think we are all heading in this direction. Some people are kicking and screaming or dragging their feet. Some people are sprinting. It’s really a credit to [Lucasfilm president] Kathleen Kennedy and the team there that they want to embrace the future and the reality of a global film market. It feels contemporary, it feels global. Culture is a space for us to put ourselves in someone else’s shoes, so why don’t we just have as many different kinds of shoes as possible?