The creator of Goosebumps, the second best-selling book series of all time, initially resisted his publisher’s idea of writing horror books for seven to 12-year-olds, even though no one had attempted it yet. Stine already had a horror book series for young adults called Fear Street, and he was afraid that his teenage audience would abandon the series if they discovered that its author had started another one for kids.

Stine, who’s now referred to as the “Stephen King of children’s literature,” eventually agreed to the idea of writing two or three kids’ horror books as long as they found a memorable name for the series. One day, Stine was flipping through a TV Guide, and he stumbled across an ad that said, “Goosebumps Week on Channel 11.” At last, Goosebumps hit the shelves in 1992.

Since then, Goosebumps, including its seven spinoff series, have sold over 400 million copies. The books have also spawned two feature films (Goosebumps and Goosebumps 2), a TV series, six video games, six comic books, a myriad of merchandise and a Walt Disney World attraction.

Goosebumps 2 is available on digital Tuesday, and Stine recently spoke to The Hollywood Reporter about his career, Goosebumps’ long road to the big screen and his initial reaction to “R.L. Stine” becoming a movie character, as portrayed by Jack Black.

Are you able to wrap your head around the success of this empire you’ve created? Or does it still feel surreal after 26 years?

Yeah, I’d say surreal is the word. There’s a lot I never planned on or expected. Writing the books is not so surreal; we just keep going with that. Being a character in a movie? That has to be surreal, right? That’s totally weird.

When Sony made headway on a feature film a decade ago, were you surprised by the eventual direction they chose? Most people expected them to adapt and serialize your most popular books.

That’s what hung them up; no one could decide what to do. Then, somebody had the idea to have it be about R.L. Stine and his books coming to life. Once they had that idea, then they started getting scripts that they liked. Up until then, there weren’t any scripts that they wanted to do. I don’t know if I’m supposed to talk about this or not, but the script that they used for Goosebumps was the 17th script. 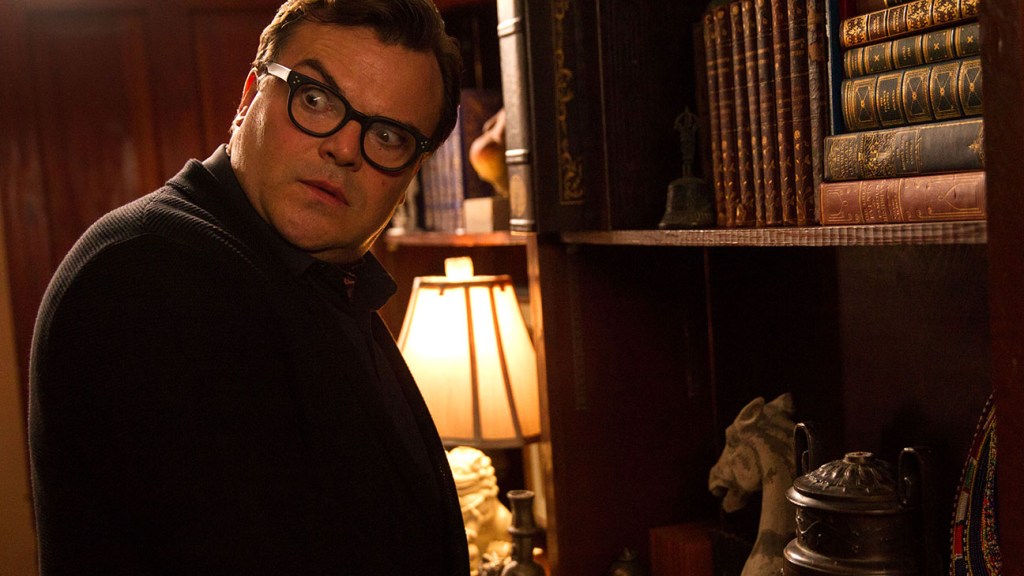 It must’ve been quite a shock to learn that you’d be a character alongside your own characters. Were you skeptical at first?

At what point did you realize that the original book series wasn’t just a hit, but a worldwide phenomenon?

It took maybe a year or two, and then the TV series came on Fox. By then, we were selling 4 million books a month. That’s when I realized something special was happening here. When the TV show came on, the readership went up by a million a month to 4 million books. I’m not bragging; that’s what we were selling then. It went crazy all over the world. It was the biggest book series in France and China; it was unbelievable.

Besides the writing, the cover art has always appealed to your fans. How many concepts would Tim Jacobus present for each book?

None. I was doing 12 books a year; a book a month. So, I was furiously writing these things, and I would just send Tim Jacobus a little paragraph. It would say, “This book is about monster blood. It’s a green, sticky substance that grows and grows…and can’t stop.” And that would be it. Then, he’d do a cover from that. He was amazing. He really got the humor and the horror in his covers. If you look at them, they’re not horror covers, really. They’re pretty funny. Tim did 62 cover paintings in a row, and he only missed on one. There was one where his cover didn’t match the story; that one was Say Cheese and Die!, which was about an evil camera. For some reason, he did a cover about a family of skeletons barbecuing. I don’t know why [laughs]. This cover came in, and they said, “Bob, this doesn’t fit. You’re gonna have to add a scene to the book with skeletons barbecuing.” They couldn’t change the painting because the painting was already there. So, I added a dream sequence where the kid dreams about skeletons. That way, the cover made sense.

You are famous for being a prolific writer, something you’ve probably heard a million times. Do you have any particular writing habits that help you maintain such a high output?

Partly, it’s because I love it so much. I’ve been doing this since I was nine years old. I was this weird kid in my room typing. I just enjoy it so I really wouldn’t know what else to do all day. So, we just keep going. That’s part of it. I really still enjoy it. A lot of people hate to hear this, but I outline every book, first. I do a very complete, chapter-by-chapter outline of every book and do all the thinking in the outline. So, when I sit down to do the writing, I know everything that’s going to happen in the book. I’ve figured it all out so I can have fun writing it and not do much thinking. So, that helps me go fast. The other thing that helps me is the books are pretty short. 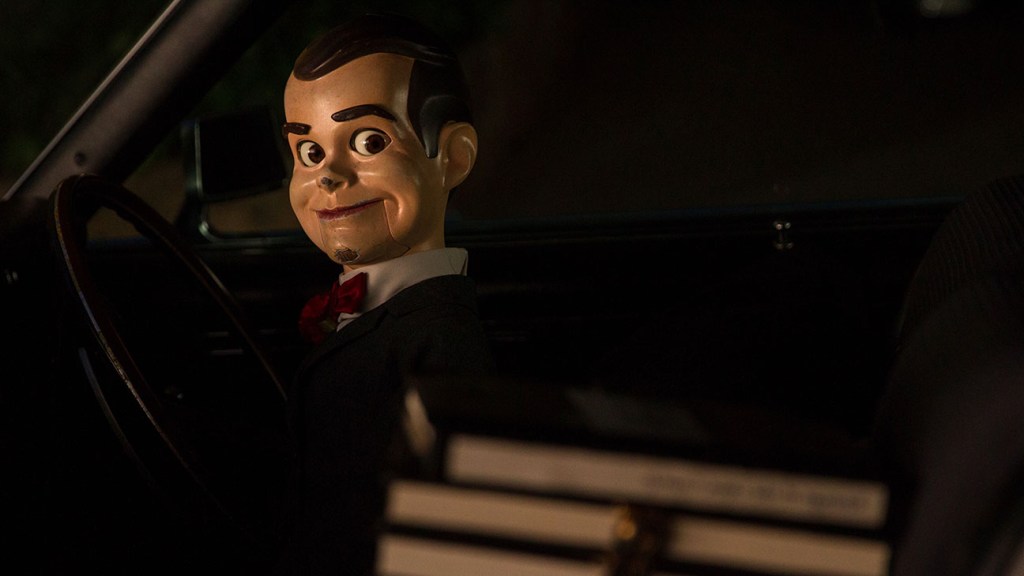 In regard to the two films, Goosebumps and Goosebumps 2, what character delighted you the most in terms of its adaptation from the books to the big screen?

Slappy. He’s the best villain I ever created, and he’s really the star of the movies. Goosebumps is now called Goosebumps SlappyWorld, and every other book is about Slappy because he’s so popular in the films.

When you allow other people to play in the sandbox that is your life’s work, is that a bit terrifying?

It is, but I’ve been so lucky, haven’t I? I had no time to really work on the Goosebumps TV series for four years, and the two showrunners [Dan Angel and Billy Brown] were wonderful. They just got it. Later on, we worked again with them on a TV show called R.L Stine’s The Haunting Hour, which we did four seasons of. Again, I didn’t have time to have much input, but they just got it. So, I just feel I’ve been lucky, and the fact that both of these movies turned out to be good movies, that’s really a lucky thing. You do take a real risk; the movies could’ve been horrible since somebody takes your work and goes in different directions with it. But, I’ve been so lucky.

Out of everything Goosebumps has accomplished, what are you most proud of on a personal level?

Everywhere I go, some parent will come up to me and say, “My kids have never read a book in their lives, and the other night, I caught them reading Goosebumps under the covers with a flashlight.” How satisfying is that? When you sit in a room and type these little stories, you don’t think about that. Then, you realize that there are millions of people who’ve been affected and learned to like reading from what you’ve done. It’s amazing. That’s the most satisfying. Goosebumps isn’t really about scaring kids; it’s about getting them to read.

You cameoed in both Goosebumps films. Did you catch the acting bug?

I’m “Mr. One Take.” I always get everything on the first take. On the first movie, I have a five-second cameo where Jack Black goes by and I say, “Hello, Mr. Stine.” They shot my one line 25 times. It wasn’t my fault; it was other things that went on, but 25 times! I told Jack, “I can’t work like this.”[Laughs.]

Do you have any remaining aspirations for Goosebumps at this point?

No. I just want to keep going. I just signed on to do six more books. I just want to have kids enjoy it. I get big crowds now because of the movies, and it’s really fun.

I’ve pretty much done it, haven’t I?