A few weeks ago, Rob Liefeld was in his home studio crafting some rather R-rated Deadpool artwork as part of a comic tied to Marvel’s 30th-anniversary celebration of the character.

Had he gone too far? Would it make it past Marvel’s standards and practices?

“This has to do with the severity of severed limbs,” says Liefeld, who notes that 30 years ago, Marvel was not owned by Disney, and he’s more aware than ever of the all-ages nature of comics and movies.

So, Liefeld took a sigh of relief when he got his artwork approved, and then took another sigh of relief on Wednesday when Marvel Studios boss Kevin Feige re-affirmed to reporters that the upcoming third Deadpool 3 will be R-rated.  In fact, Deadpool 3 was the only film the studio would consider making R-rated, at least for now, said Feige.

Though Deadpool is getting a lot of love on his 30th anniversary with merchandise, comics and podcasts galore, Liefeld acknowledges there are limits to the character’s powers.

“I won’t be holding out for a Deadpool Disney ride,” Liefeld notes. “There are some bridges that are too far.”

In honor of the moment, Liefeld is sharing with THR a rare, original cover sketch from New Mutants No. 98, the 1991 book in which Deadpool debuted. 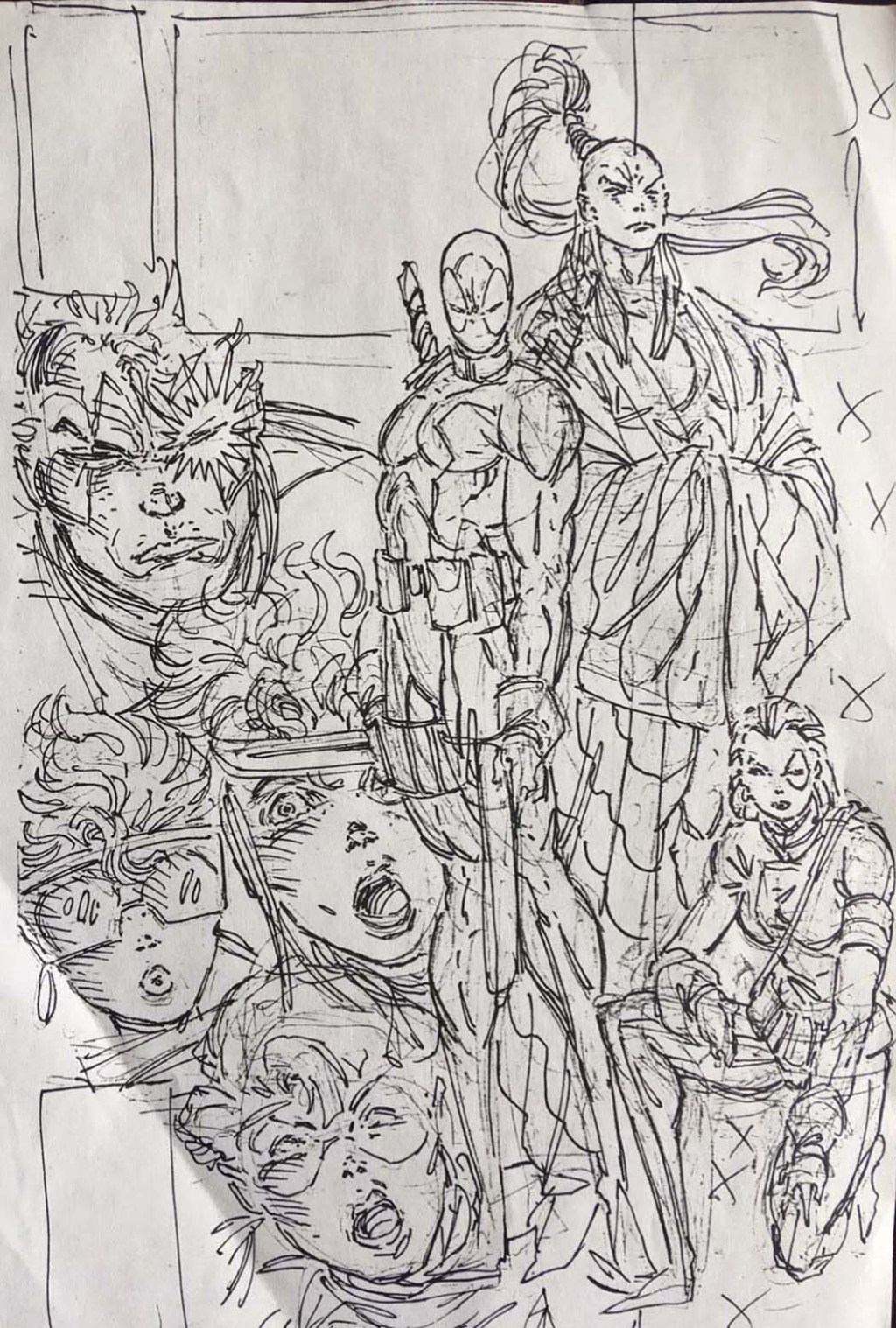 Liefeld is currently looking to rent an office space in southern California where he can house his Deadpool memorabilia, which he might open up to others to see someday.

As for Deadpool 3, Marvel is working with star Ryan Reynolds and writers Wendy Molyneux and Lizzie Molyneux-Logelin. Disney’s Bob Iger first stated in 2017 that Deadpool would remain R-rated, following the company’s acquisition of 20th Century Fox, which brought Deadpool to Disney.

“As long as we let the audiences know what’s coming, we think we can manage that fine,” Iger said at the time.

Liefeld gives credit to Reynolds for breaking through and getting an R-rated Marvel movie from Disney. The first installment earned $782.6 million in 2016, which was then a record for an R-rated movie. The sequel earned $786.3 million.

Says Liefeld: “Ryan Reynolds made that happen by being so great as Deadpool.”