Continue to The Hollywood Reporter SKIP AD
You will be redirected back to your article in seconds
Skip to main content
June 7, 2021 11:02am

Writer and artist Rob Liefeld is completing his series Snake Eyes: Deadgame with a little help from G.I. Joe legend Larry Hama. The upcoming fifth and final issue of the G.I. Joe spinoff centering on the fan-favorite character features a cover penciled by Hama, who is beloved for his work on the classic G.I. Joe: A Real American Hero Marvel comics.

Liefeld, best known for creations such as Deadpool and Cable, has long dreamed of inking a Hama Snake Eyes original. A year ago, Liefeld was browsing a comic collectibles Facebook group and saw one of the members shared a Hama sketch purchased in 2019. Liefeld asked the owner for permission to reach out to Hama to see if the comic creator would want to include the sketch in his Snake Eyes series. Hama granted permission, and Liefeld got to work inking.

“I was a teenage kid again, inking up his sketch,” says Liefeld, who notes the way Hama drew Snake Eyes seemed tailor-made to Liefeld’s own strengths. Online in comics circles, people have joked about Liefeld’s love of putting pouches on characters’ clothing, as well as his supposed inability to draw feet.

“There are no feet on this drawing, which screams out Rob Liefeld,” the writer and artist says with a laugh. “He drew all these pouches on this sketch.” 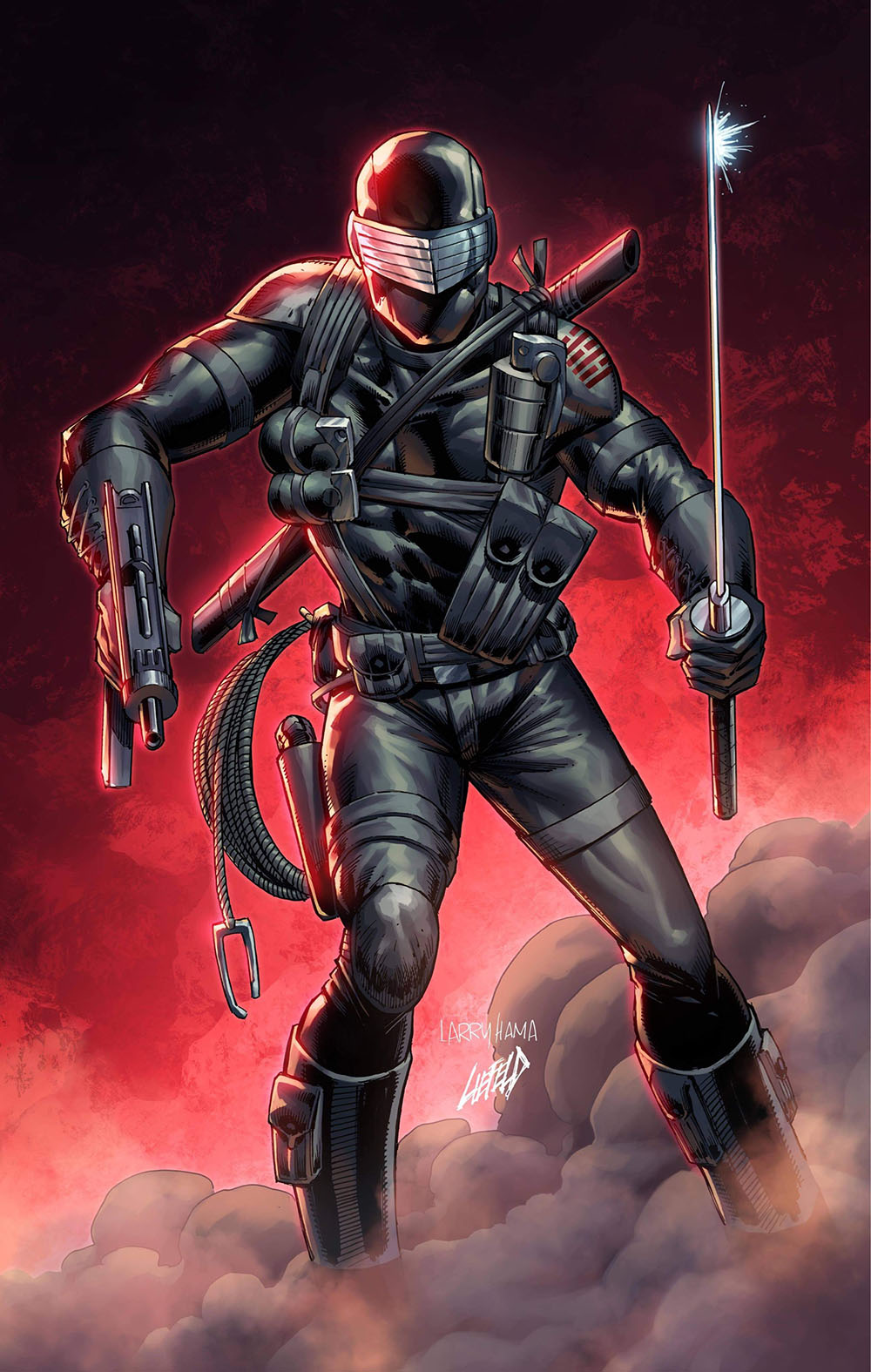 “I am a giant fan of the mashup. I love when artists jam together,” says Liefeld. “Kevin is one of the most significant and important comic creators in the history of comic books. There are not many people who say they have characters as recognizable as Marvel and DC.”

Says Liefeld: “This issue is a murderer’s row of great comic book talent.”