Even with a couple of Marvel movies under their belts, directing two Avengers films back-to-back would be the most ambitious undertaking of Joe and Anthony Russo’s careers.

The Russo brothers had to conclude 11 years’ worth of Marvel movies. They had to manage a sprawling cast with busy schedules (and big salaries). And perhaps most important, they had to craft endings for six original Avengers that would satisfy fans (and hopefully, the actors who played them).

The Russo brothers knew characters such as Iron Man (Robert Downey Jr.), Captain America (Chris Evans) and Thor (Chris Hemsworth) would be forever changed after Endgame, whether that meant death, retirement or a new chapter.

No character arc was more delicately handled than that of Tony Stark, the superhero Robert Downey Jr. first played in 2008’s Iron Man. The Russos, along with screenwriters Christopher Markus and Stephen McFeely, conceived of an Endgame storyline for Stark, and pitched it to Downey for his approval.

“Once we decided we wanted this kind of ending for the character, we certainly wanted to make sure Robert was comfortable with it, just because of his enormous contribution to the MCU,” Anthony Russo tells The Hollywood Reporter.

Downey may have had some mixed emotions about this chapter of Iron Man’s journey, but he approved the Endgame pitch.

The results have been hugely successful for Disney and Marvel, with Endgame already passing $1.3 billion since it opened last week and Infinity War earning more than $2 billion globally last year. In a conversation with THR, the Russos brothers discuss introducing Marvel Studios’ first openly gay character, what they learned from test screenings and how they developed Thor’s surprising makeover.

You’ve said that random encounters on the way to the bathroom at the Marvel offices are where you’d get intel on directors’ other movies. Do you recall a time when one of those encounters changed the course of your films?

Joe Russo: Probably running into Taika [Waititi] when he was talking about Thor: Ragnarok and understanding what a radical direction he was going in. That certainly informed some choices we made with Hemsworth on Infinity War. We had already crafted our own version of that character and then we found a way to integrate the level of humor that he was going to be playing with, but pulled it into the psychological realism that we like to filter everything through.

You’ve directed four Marvel movies now, largely starring characters other filmmakers had established. Did your fellow Marvel directors give notes on Endgame, or were you on your own since this is the end of the line?

Joe Russo: It was the end of the story. It was very much in a vacuum. I was texting with a lot of the directors over the last few hours [editor’s note: The Russos spoke to THR on April 23, the day after the Endgame premiere]. It’s really an incredible experience to get to work with a collection of artists like we have over the last seven years where everyone really trusts each other and hands the baton off very selflessly to one another. 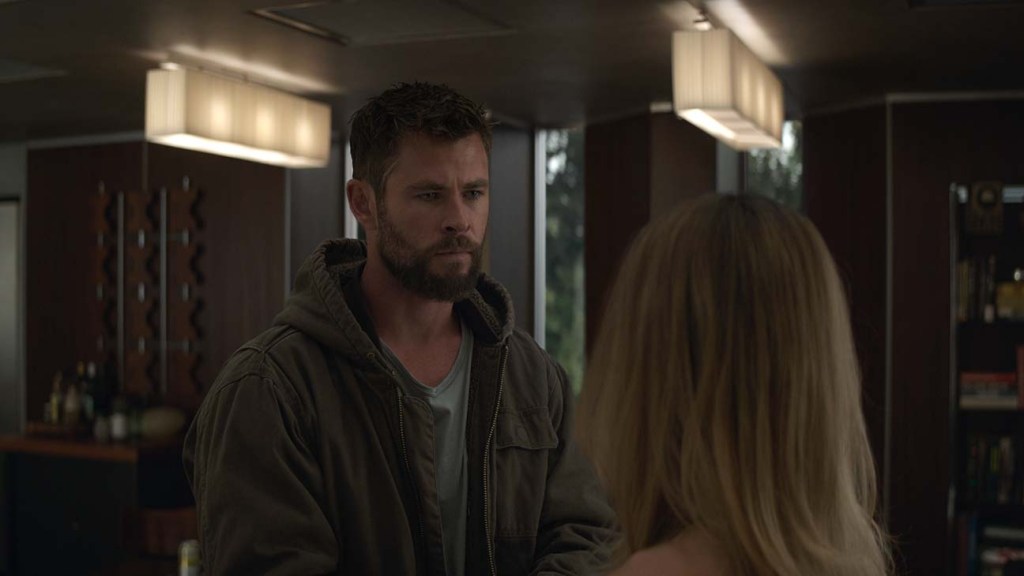 You did some very unexpected stuff with Thor in Endgame. Was Hemsworth on board for that? It was quite a change.

Anthony Russo: He was on board. We talked to him early on about it. That was born from us just thinking about, on an individual level, how each of the Avengers were moving forward from the moment at the end of Infinity War. How they were dealing with the pain of having lost to Thanos and the pain of losing everyone? We just started building. This came out of really intense sessions with the writers, Markus and McFeely. We just started circling this character, who was really blaming himself. If you look at the loss Thor suffers in Infinity War, it’s staggering. From the beginning of the film, when Thanos attacks his ship, kills Loki and Heimdall and much of his people. And all the way through to his failure to stop Thanos. We started thinking about how that would weigh on him and what that would do to him. We started circling this idea of depression and throwing that out in a way that we thought was really surprising and interesting. 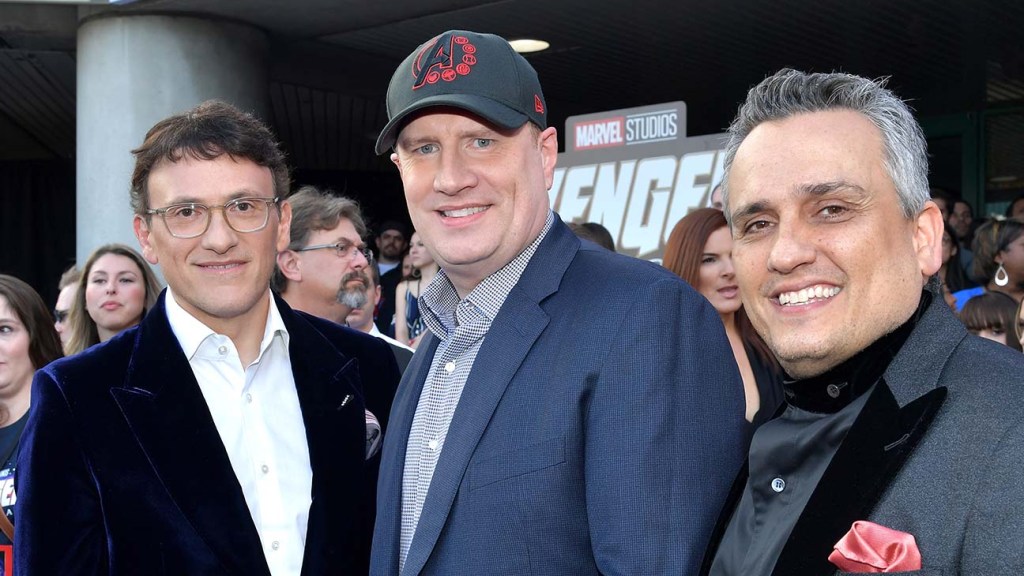 The combined actors’ salaries for Endgame are massive. It’s not just the main cast, but also A-list stars who have cameos. How much did those salaries weigh on you in terms of thinking about your budget?

Anthony Russo: It was a huge financial issue on this one, and really the way it manifested for us was the fact that we shot these movies back-to-back. The primary motivation to shoot these movies back-to-back like this and to block them was so that we could condense actors’ work so we were basically buying them for a little more than one movie rather than two full movies. Marvel and Disney were able to structure deals with the actors because we were economizing their time commitment by blocking the movies this way. That was the only reason to shoot these movies this way. Of course, there was a huge creative upside for Joe and I, in that we got to tell a story with all these characters and all these wonderful actors. Everything else about blocking these movies together is a downside. It was really difficult. Each of these movies was the most difficult, complex movie we’ve ever made individually and to do them back-to-back together was a really daunting task.

When it comes to where the core six Avengers end up in this movie, did you and the screenwriters work it out and then pitch it to the actors? If an actor strongly disagreed with their fate, would you have changed it?

Anthony Russo: We did pitch Robert his arc, because he kicked off the entire MCU. The Tony Stark arc is the longest and perhaps fullest in the MCU. Once we decided we wanted this kind of ending for the character, we certainly wanted to make sure Robert was comfortable with it, just because of his enormous contribution to the MCU. We did pitch it out. We went over to meet with him and we pitched it out to him.

A lot of the actors are not opinionated about what we do. They like the fact that we are sort of in control of these stories and we are driving where they should go and we have a vision for where they should go and they trust in that. I think Downey may have had mixed emotions about thinking about [where Tony Stark ends up in Endgame], but I think at the end of the day, he totally accepted it. 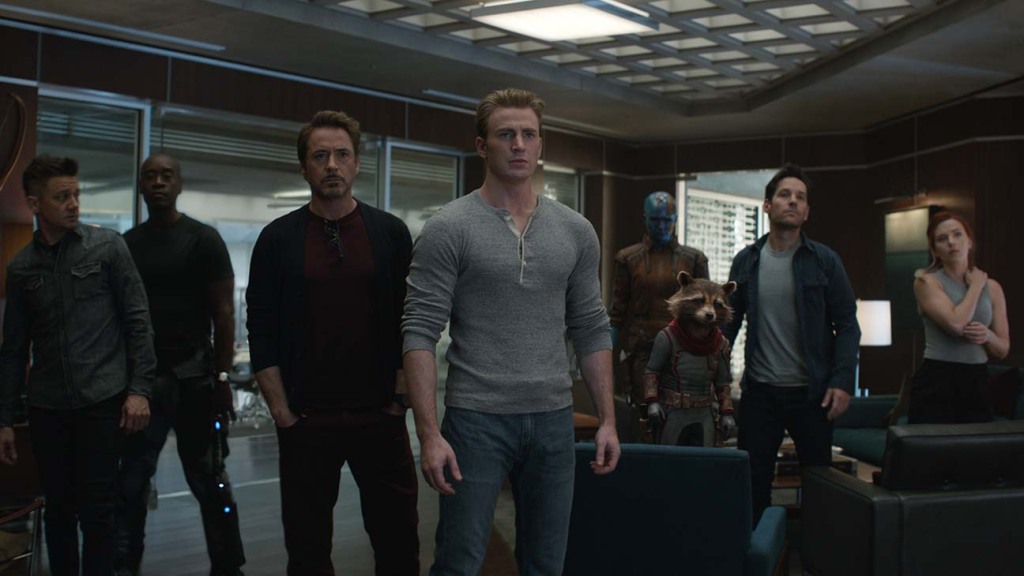 How do you direct Downey, someone who has lived with this character for so long?

Anthony Russo: Joe and I are really performer-oriented. We love actors. And a large part of our process is figuring out how we bring actors most alive in their roles and how we give them autonomy and freedom to sort of play and go to very interesting places. That’s a big part of our creative process and our structural director process. Downey is the most wonderful collaborator. He’s a really brilliant filmmaker in his own right and he brings a tremendous amount of energy to the process. The way we direct him is by having very engaged and thorough creative discussions about what our vision for the movie is, about what we want to do with the character. He’s very helpful in terms of helping fill those ideas out.

Joe Russo: We’ve been working on that arc for this movie since Civil War. We’ve been setting Downey up for this particular performance for two films now.

How Avengers Can Live on After 'Endgame'

Joe, how did you decide to put yourself in the movie as Marvel’s first openly gay character in the Captain America-led group therapy scene?

Joe Russo: Representation is really important for us in these movies and I think the thing we are happiest most about Marvel moving forward is it’s becoming incredibly diverse. We’ve done four of these films and it was incredibly important to us to have a gay character represented somewhere in one of these four movies. We felt so strongly about it that I wanted to play that character in the film.

Anthony Russo: On a story level, the reason that scene was important to us was when you have a plot point that involves half of all life dying, it’s important to us that we really want to commit to that concept and carry that narrative forward. We had to have a voice in the movie that was outside of the Avengers. Sort of bringing the experience of what Thanos did into the narrative and filling out the narrative. That scene was very important to us because we wanted to reach beyond the Avengers to tell the story of what the snap did to people.

What did you learn from test screenings for Endgame?

Joe Russo: It’s a complicated plot for people to track — time travel. We were altering the rules of time travel in this movie and using multiverse time travel rules vs. Back to the Future rules that have really informed every time travel movie and television show since the release of that film. For us it was really about trying to get people to understand some of the time travel rules and how the plot was unfolding. It was only a few small things that we had to add to help alter people’s perception of the storyline.

You are producing 21 Bridges with Black Panther‘s Chadwick Boseman. You are directing Spider-Man‘s Tom Holland in the upcoming drama Cherry. Do you see it as a chance to show audiences a new side to these Marvel actors?

Joe Russo: This is an incredible role for Tom in Cherry. This is a complicated character based loosely on a true story about a medic who comes back from Iraq with PTSD, gets hooked on heroin as a way to cope and becomes a bank robber to support his habit. It’s a very unique and different role for Tom. All of these are some of the best actors in the world and I think you become better at your craft by acting. You want to be a great carpenter, you make a lot of tables. You want to be a great actor, you act a lot.

A lot of the Marvel actors have been able to act quite consistently over a decade and on a scale that I think forces you to be a better actor, because you are being scrutinized so specifically and by global audiences and press. So I think this is an incredible cast we’ve been gifted with. To be able to work with our friends — because we’ve grown very close with all of them — on unique projects moving forward and to be able to use the brand capital leverage that we’ve all gained from working on these movies to make stories like Cherry, that’s an indictment of the opioid epidemic, I think is a great way and a profound way to be able to use our friendships and our collective brand capital to get stories made that would be difficult otherwise.