It was a visit to the cafeteria over lunch where the special effects crew on RoboCop found what they needed to make one of the most violent deaths in the 1987 sci-fi classic as gruesome as director Paul Verhoeven imagined.

Now, as the classic Orion picture turns 30 (July 17), Page granted The Hollywood Reporter an interview to discuss how he landed the role of Mr. Kinney, what it was like to work with iconic actors Ronny Cox and the late Miguel Ferrer and the wild tale behind a death that was so graphic it required a substantial cut to secure an R rating.

“For three days, all they did was load me up with squibs,” Page told THR.

The accomplished actor landed his first ever speaking role as Mr. Kinney in RoboCop while a student at Southern Methodist University. Thrilled to have the opportunity, the theatrically trained Page said he knew his character was going to be killed in short order. That much was on the page. But he had no idea it was going to be so savage.

“It was a film script, so the stage directions were minimal,” said Page, who has since appeared in numerous other films and TV shows, including Seinfeld, Friday Night Lights and Dallas.

For a few days, Page and the other actors shot on location in a Dallas office, filming an exposition that featured Mr. Kinney being mercilessly gunned down  — all done with a full-size ED-209 in the room, which was built by special effects wizard Phil Tippett. 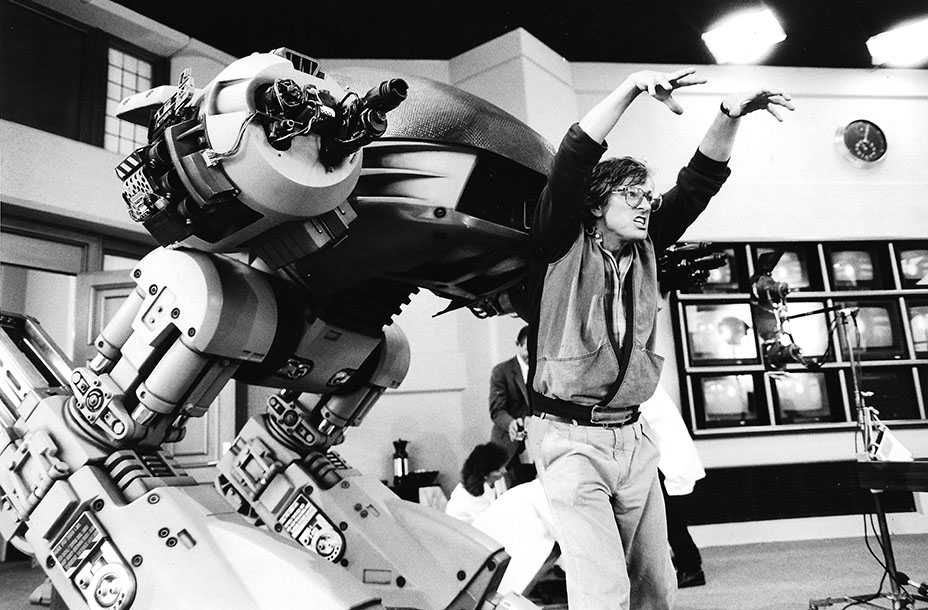 Filming wrapped there, but Page’s work was far from done, he said.

“Two months later, they bring me back in for three days to shoot just getting blown up on the table some more,” he explained, laughing. “They literally rebuilt the whole boardroom set on stage No.1 at Las Colinas Studios [Texas], then reloaded the suit with a whole new round of what was I was told was 200 squibs (possibly a record at the time).”

Even that did not make for a gruesome enough demise for Verhoeven.

“So, the effects guys were at lunch at the commissary at Las Colinas, and they had on the menu spaghetti squash,” Page said. “So they got quarter-pound baggies and filled them up with spaghetti squash, brought them back to the set and filled them with stage blood. They slipped that inside my shirt and then put 10 squibs behind that. The result, which looked like poor Mr. Kenney’s guts were coming out, appeared to satisfy Verhoeven.”

The director may have gotten the death scene closer to what he had in mind, but a portion had to ultimately be cut from the theatrical release to get the film an R rating, the story goes. “He finally got the R in the last round of submitting to the ratings board by cutting four seconds: two seconds of me being shot on the table and two seconds of the back of Peter Weller’s head coming off,” Page told THR.

Still, all the over-the-top carnage was restored for some home editions.

And Page suffered for his work. The young actor was loaded up with so many little explosives for the final take, he felt real pain as they were going off, especially in one particular place.

“Squibs are essentially firecrackers, so the trick is you want them secured firmly to your body, because if they are not, when the explosion goes off, it kicks back, so it is like getting punched,” Page explained. “There were so many of them attached to me, and I was moving around so much, I sort of got kicked and punched. But the worst part was, on the last take, the one with the spaghetti squash, the last squib that went off was about two inches off of my crotch. So literally it was a kick in the balls. But the guy was dead. And the director had not called cut, they kept rolling for about 15 seconds. Finally, when Verhoeven called cut, I was able to cry out in great pain.”

Before his character’s untimely demise, Mr. Kinney shared screen time with some big-name actors, including Cox, who played the villainous, power-hungry Dick Jones, and Ferrer, who played the yuppie RoboCop designer Bob Morton.

Ferrer, who died in January, already had numerous film and TV credits to his name when RoboCop came around.

“Miguel really was one of the first movie stars I got to saddle up and work with,” Page recalled. “He forced you to pay the hell attention to what was going on or he was going to whip you off the screen. So, even though it was only a short period of time, I learned a lot about camera acting from both him and Felton Perry (Johnson) because they were right on top of it.”

“He was a complete professional,” Page said. “He had a lot of dialogue in that scene, so what I remember most about Ronny is him walking around with his sides, muttering, trying to remember all that crap.”

When he saw the finished product on the big screen for the first time, Page was astounded, he said. And although it led to larger roles, Page remains true to his RoboCop roots by collecting ED-209 models and toys.

Also giving him great delight, Page said he heard a rumor that the South Park character Kenny, who used to get killed in every episode, was named in honor of Mr. Kinney. The rumor has never been confirmed, but in the third season of the Comedy Central cartoon, Kenny’s Halloween costume is a replica of ED-209.

“That was an honor,” Page said. 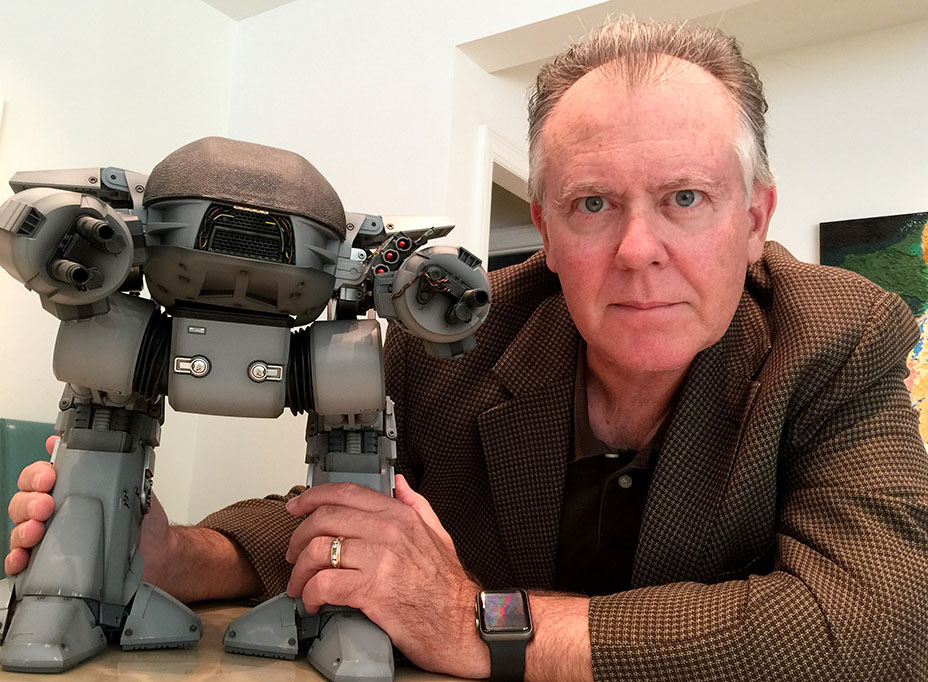 'Planet of the Apes' Behind-the-Scenes Footage Is Beyond Creepy