“Having Opie sass back to Andy might get a few laughs but it hurts the father/son relationship,” said Rance Howard.

Aaron Ruben, Sheldon Leonard and Andy Griffith were surprised. Where did this 32-year-old father of child actor Ronny Howard find the nerve to chime in and pitch changes to their new CBS sitcom? Where did this guy come from?

Our dad Rance, born Harold Beckenholdt on November 17, 1928, was an Oklahoma farm boy who caught the acting bug at age 12, performing in a Christmas pageant in the town’s one-room schoolhouse.

A brief stint at the University of Oklahoma was highlighted when he met his first wife, Jean, at a scene study class. They married in Kentucky while touring as actors in a children’s theater company and ultimately landed in New York. Dad’s big break came when he was cast as Lindstrom in the original Broadway hit, Mister Roberts.

Dad noticed his first son Ronny loved being around rehearsals and had a natural aptitude for acting. Despite their reservations Rance and Jean allowed him to work professionally and Dad was suddenly juggling two acting careers.

The TV business was moving to Los Angeles, so Dad packed us up and drove west.

Rance Howard, Actor and Father of Ron and Clint Howard, Dies at 89

While flourishing as an actor and writer (penning episodes of The Flintstones) he and Mom faced their unique parenting challenges, making sure the boys lived as ‘normal’ a life as possible. Park league sports was a valuable release that they made room for. Mom and Dad helped us navigate the tricky waters of the entertainment business like few parents have ever done. Not one day in either of our juvenile careers was a hired, legal guardian used.

Rance and Clint acted together in Gentle Ben and a decade later he helped Ron launch his directing career by teaming with him to write Grand Theft Auto for Roger Corman.

When our Mom, Jean, developed heart disease, Dad devoted himself to caring for her. Sadly he had to say goodbye to her after a 52-year journey. He met playwright Judy O’Sullivan and was blessed with a second loving marriage before Alzheimer’s took her earlier this year.

Dad joined SAG in 1949 and acted in over 140 films and 177 television shows. From Zane Grey Theater through Chinatown, Ed Wood and X-Files. Recent roles have included Alexander Payne’s Nebraska and lead parts in Broken Memories and the upcoming Appleseed. Up until the end, Dad continued to evolve his craft.

The effects of West Nile Virus led to a rapid decline and ultimately heart failure. He wrapped his final acting role and was stricken 36 hours later. He was 89 when he passed.

Oh, yeah, back to 1960. After a lunchtime confab with the producers, Andy Griffith approached the 32-year-old father from Oklahoma to reply to his post read-thru comment, “You’re right, Rance. Instead of the usual sitcom approach, we want to base the relationship between Andy and Opie on what we see with you and Ronny. I’m glad you spoke up.” The men shook hands and remained friends their entire lives. Dad faced life and the travails of the entertainment business with enthusiasm, dignity and fearlessness. For that, we’ll be forever grateful. 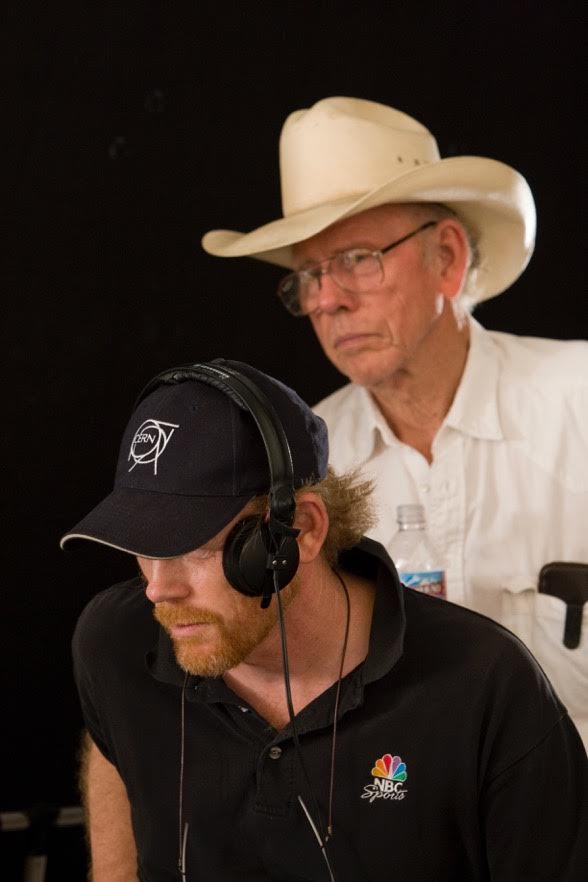