Ron Glass leaves behind a lot more than a body of work that earned him an Emmy nomination (Barney Miller) and sci-fi acclaim (Firefly).

The actor, who died Saturday at 71 of respiratory failure after facing health issues for several years, devoted much of his personal time to The Wooten Center, a Los Angeles nonprofit that provides mentoring and college preparation to students in grades 3-12.

Glass first came to Wooten in 1992, when in the wake of the Rodney King riots, he was looking to do something positive in the community. A friend brought him to an event, and he was blown away by the potential of the program’s children. He would go on to serve on the board of directors beginning that year and was its chairperson from 1993 to 2005.

Glass’ loss is felt deeply at Wooten, and among his former Firefly castmates. On Saturday, his Firefly co-stars were quick to share tributes to the late actor, with show creator Joss Whedon suggesting donations be made in Glass’ honor to Wooten. (Firefly star Jewel Staite has pledged funds).

“He’s gone, but still having an impact,” says Naomi McSwain, executive director of the Wooten Center.

As of Monday morning, about $2,800 had been donated in his name. (Donations can be made here.)

Glass quietly gave annually to the center and, through his contacts in the entertainment industry, helped bring in even more as a fundraiser for the center’s annual dinner and golf tournament. Even though he was battling illness, he sent in a check for $1,000 for the most recent annual dinner.

“He was an educated man, and he wanted the same for the kids,” says McSwain. “He encouraged staff to work on more college prep, and that result was our SAT prep program, which we’ve been doing for about 10 years.”

About 5,000 students have passed through Wooten since Glass became involved, and hundreds of them went on to college.

On Firefly, Glass’ character Shepard Book was the show’s much-needed moral compass, serving as a father figure and providing counsel to the often hotheaded crew. McSwain says Glass was careful to choose roles that spoke to him — and that much of what he brought to his TV characters was who he was in real life: patient, wise and caring.

“Exactly what you see on TV is Ron. He was very nurturing,” says McSwain.

Glass slowed down his involvement with Wooten several years ago, when he became ill. Doctors told him he would likely not live to see 2017, but he fought longer than his physicians expected. He also was a private man, who didn’t like to tout his involvement in the center for the media. And to those who saw him walking Wooten’s halls, it was easy to forget he was a successful actor. 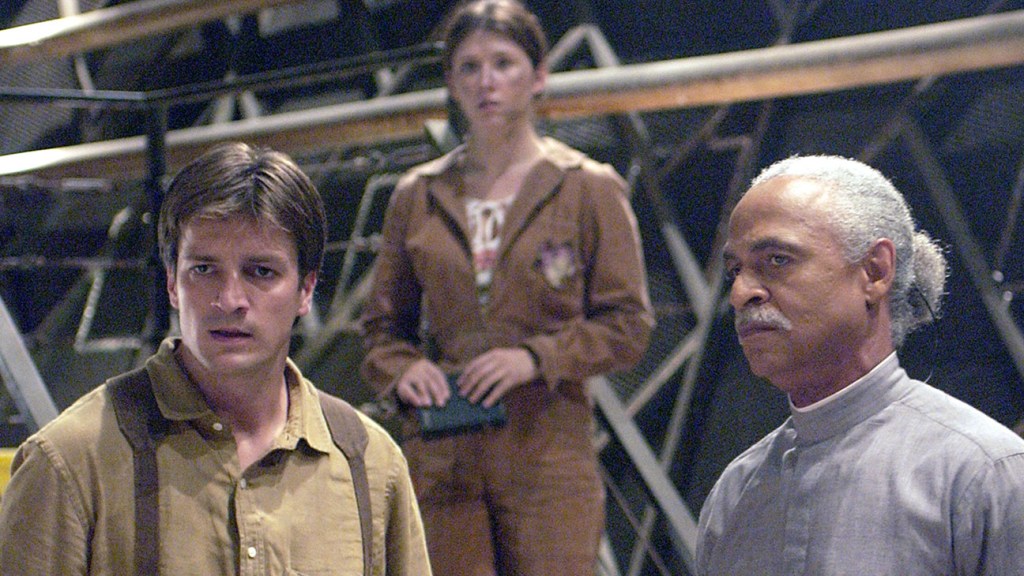 “When he walked in the door, if you didn’t know him, you wouldn’t think he was a celebrity. He doesn’t have that stereotypical heir about him. He talked to everybody. Everybody loved him,” says McSwain.

She still treasures her memory of Glass’ final activity with kids from Wooten several years ago, when he sat down with them for an activity they called Storybook Theater.

“I gave him the book and he pretty much turned it into the classroom,” remembers McSwain. “The kids were all running around the room. They were being bumblebees and fireflies. Even when a couple of kids got a little too active, he had the daddy voice. ‘Sit down, right now.’ I was just standing to the side, and he just took it and ran with it. He was just one of those special people.”

Donations to Wooten can be made here.