Ronald Pickup, the British actor who starred in The Best Exotic Marigold Hotel films and played the Archbishop of Canterbury in The Crown, has died. He was 80.

His agent told the BBC that Pickup had “passed away peacefully [on Wednesday] after a long illness surrounded by his wife and family.”

In a career that spanned over half a century, Pickup was an accomplished theater, film and television actor. On the stage, he starred alongside British theater icons such as Laurence Olivier, Ian McKellen and Patrick Stewart in everything from Shakespeare to the plays of Samuel Beckett. On the big screen, he had roles in Oscar-nominated films such as Darkest Hour and The Mission. On television, he appeared in hit shows such as Midsomer Murders, Doc Martin and The Crown.

Rob Reiner Reacts to Being on Russia's Ban List

Born in Chester, England, in 1940, Pickup studied acting at the prestigious Royal Academy of Dramatic Art (RADA) in London. His first big acting break was on television on the BBC’s Doctor Who. Pickup played a physician in “The Reign of Terror” story arc which was screened in 1964.

The ’60s saw Pickup build up an impressive list of theater credits. He began his long association with the National Theatre in London in 1964, starring in Peter Shaffer’s The Royal Hunt of the Sun. In 1967, he earned rave reviews for playing Rosalind in the all-male production of Shakespeare’s As You Like which also starred Anthony Hopkins and Derek Jacobi. Other National Theatre productions Pickup starred in include Julius Caesar, The Madras House, Long Day’s Journey Into Night and David Hare’s Amy’s View.

In all, Pickup featured in 36 National Theatre productions. He was also a regular player at Oliver’s Old Vic Theatre in London. 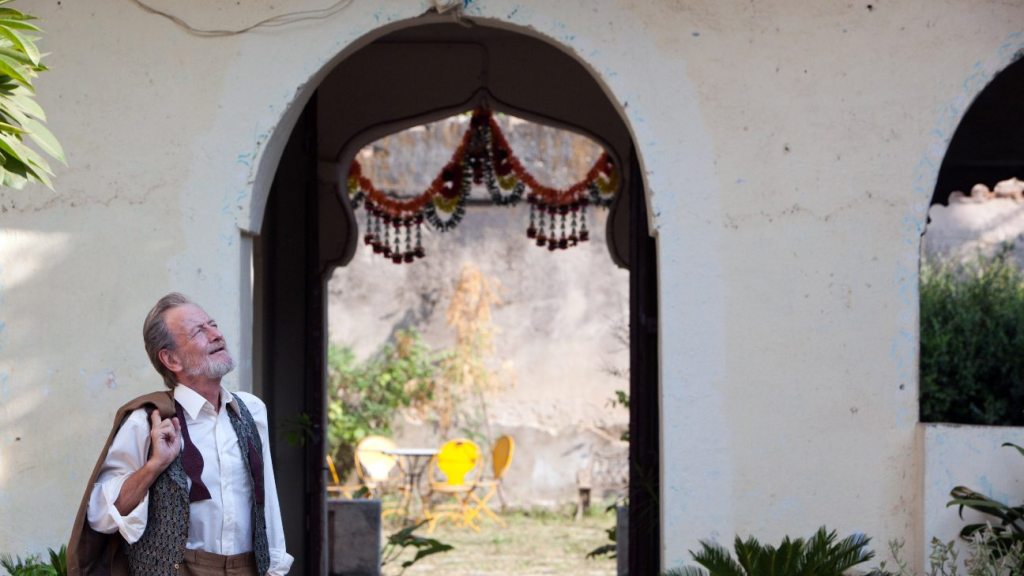 In the late 70s and for much of the 80s, Pickup focused on television work. His notable television credits from this time include the PBS Masterpiece Theater shows Jennie: Lady Randolph Churchill, The Life of Verdi, Fortunes of War and the BBC’s The Lion, the Witch, and the Wardrobe. He continued to be a regular presence on British television through the 90s until very recently. His more recent television credits include an episode of Downton Abbey in 2015, and appearances in hit British shows such as Call the Midwife, Coronation Street, Doc Martin, Parade’s End, Holby City, The Bill and Silent Witness.

In 2016, he starred in four episodes of the first season of Netflix’s The Crown, playing the role of the Archbishop of Canterbury who reminds Elizabeth of her oath to “defend the faith.”

He also had success playing supporting roles in films, beginning with turns in box office hits such as Univeral’s The Day of the Jackal (1973), in which he played the double-dealing forger, the Zulu prequel Zulu Dawn (1979) and Warner Bros.’ non-cannon James Bond film Never Say Never Again (1983) in which he played Elliott. He also starred in Eleni (1985) and The Mission (1986) for Warners.

In his final prominent film role, Pickup starred as British Prime Minister Neville Chamberlain in Joe Wright’s Darkest Hour (2017), which was nominated for six awards at the 90th Academy Awards.

He is survived by his wife of 56 years, Lans Traverse who he met at RADA; daughter, actress Rachel Pickup; and son, Simon.