It’s time to return to the Dreaming with Wednesday’s launch of The Sandman Universe from DC’s Vertigo imprint.

The one-shot serves as an introduction to four new ongoing series set in the universe of Neil Gaiman’s famed series, and as a celebration of the 30th anniversary of The Sandman and the 25th anniversary of the launch of Vertigo — the imprint that gave us titles like Preacher, Y: The Last Man, Hellblazer, and Fables. While neither the one-shot nor the following series are written by Gaiman, they are overseen by him, guided as though he were the Lord of Dreams himself. The potential impact of this line cannot be understated, particularly when considering the impact of The Sandman.

In 1989, Gaiman shifted the literary perception of comic books with his series The Sandman. From then until 1996, the ongoing series served as a layered universe of stories that floated through genre, time and perspective — anchored by some of the best artists in the business, including Sam Kieth, Mike Dringenberg and Jill Thompson. Gaiman’s story of Dream, or Morpheus, the Lord of Dreams, coming to terms with the many roles he’s played throughout lifetimes; his triumphs, failures and ultimate ability to change stands as one of the medium’s greatest works. It’s a character study on the humanity of gods and the immortality of the stories we tell. The Sandman is a series that, while helping to establish the goals of DC’s Vertigo imprint and leading to a number of spinoffs, and inspired works, is something of sacred text.

The Sandman has remained one of DC’s strongest properties, aided by the fact that the material was never diluted by hands other than Gaiman’s. Despite a few characters from Gaiman’s series making carefully constructed cameos in DC and Vertigo books in the decades since The Sandman’s final issue, Gaiman’s work has remained largely untouched outside of his own follow-up prequel miniseries and supplemental stories. The Sandman Universe, as both the one-shot and new line of books are titled, will be the first true follow-up to Gaiman’s series. Undoubtedly, this will give many fans of Gaiman’s work a reason to pause.

It’s a rarity in comic books that one writer serves as a character’s sole caretaker, given that the medium often relies on an ongoing nature that allows creators to pass the torch. When Dream and his siblings the Endless have been utilized outside of Gaiman’s series and miniseries, it has been with a reverence and a blessing from Gaiman himself. In late 2017, Morpheus’ successor, Daniel, appeared in Scott Snyder and Greg Capullo’s Dark Knights: Metal, signaling a change to come as that event series expanded the boundaries of the DC Universe. But Gaiman’s characters have, in unspoken terms, largely been off-limits for any ongoing content. The Sandman’s spinoff series, Lucifer, written by Mike Carey has been a notable exception. The series, which ran for 75 issues, serves as the loose basis for the television show recently picked up for a fourth season by Netflix. But when it comes to The Endless — Destiny, Death, Dream, Destruction, Desire, Despair and Delirium, they have proved to be a challenge, one many creators have not even found themselves worthy of attempting, in terms of continuing their stories in comics and on screen. The Sandman Universe may change all of that.

The one-shot sets the stage for four series that can stand on their own, but together tell a more holistic story of The Dreaming. House of Whispers by Nalo Hopkinson and artist Dominike Stanton follows a lesbian couple and their sisters who accidentally conjure a voodoo goddess and come crashing into The Dreaming where they join The House of Mystery and The House of Secrets, run by respective Sandman characters Cain and Abel. The Books of Magic by Kat Howard and artist Tom Fowler is less connected to Sandman lore but continues the adventures of young magician Timothy Hunter, a character introduced in Gaiman’s The Books of Magic, who may end up as the world’s greatest hero, or its greatest villain. Lucifer by Dan Watters and artists Max and Sebastian Fiumara centers on the titular Morningstar, trapped in the body of an old man and searching for the mother of his son while a dying cop hunts him down. The final series, The Dreaming, by Si Spurrier and artist Bilquis Evely, is the most closely related to The Sandman and follows several of its supporting characters. Matthew the Raven, Lucien, Naula, and the new and mysterious, Dora, search for Daniel, the current Lord of Dreams, after he leaves The Dreaming and his kingdom falls into ruin.

What’s most impressive about this opening salvo is how well these four stories fit into Gaiman’s Sandman lore. While each writer and artist have their own voice that distinguishes them from each other, they all carry Gaiman’s love of language and storytelling in a way that feels organic rather than overly reverential. Equal parts poetry and prose, fantasy, horror and comedy, The Sandman Universe doesn’t feel like a sequel as much as an inclusive next chapter that values the collective storytelling experience. These writers and artists are pulling from Gaiman just as Gaiman pulled for Chaucer, Shakespeare and Aesop, and the result will surely turn doubters into believers.

While there’s nothing grounded about The Sandman Universe, these stories do feel, at least for now, a little more easily digestible, and less dependent on knowledge of The Sandman and references explored in the annotated volumes. While readers of The Sandman will likely get more out of these stories, The Sandman Universe is a strong introduction that will likely lead many new readers to check out the prior series. The order in which Gaiman’s original series or this new collection is read doesn’t seem to matter, rather each story is given its own individual power and identity, which may solve the hardest question Gaiman’s work has ever posed: adaptation.

A film adaptation of The Sandman has been stuck in development hell since the ’90s, and almost came to fruition in 2013 with David S. Goyer, Gaiman and Joseph Gordon-Levitt on board before the project fell apart. In 2016, Arrival screenwriter Eric Heisserer was hired to rewrite the script before dropping out of the project later that year, stating that it should be adapted as an HBO miniseries instead.

Gaiman’s Sandman series is so reliant on the literary medium, so populated with references and stylistic hat tips to writers that a straight film adaptation seems implausible. And even if that literary aspect were culled, the plot of Sandman is like a Russian nesting doll, though each arc is less easy to separate from the rest. A Sandman film seems like an endeavor bound to end in disappointment, but as a TV series on a premium cable network or a streaming service willing to foot the bill it seems like a more feasible route. But perhaps the story of Morpheus should just be left to the comics. Instead, Sandman Universe could serve as the basis for a new series that could take a season-by-season anthology approach or aim for a more ambitious interconnected story utilizing these new stories. Or if a network or streaming service was feeling particularly bold, it could attempt to develop multiple shows to run simultaneously and connect to the comics as a way for two mediums of literature to comment on each other, creating a television cinematic universe unlike any other, yet completely worthy of the Sandman property.

With a new take on Watchmen being lined up at HBO, perhaps DC’s blueprint for these prestigious, industry-changing properties isn’t direct adaptations but works inspired by them — tonal theses that carry on themes and tones. The answer to adaptation may be right in front of us with The Sandman Universe; after all, The Sandman isn’t about redoing the past, but about telling new stories where the past informs the future and change is permitted.

For more, take a look at the preview pages below. 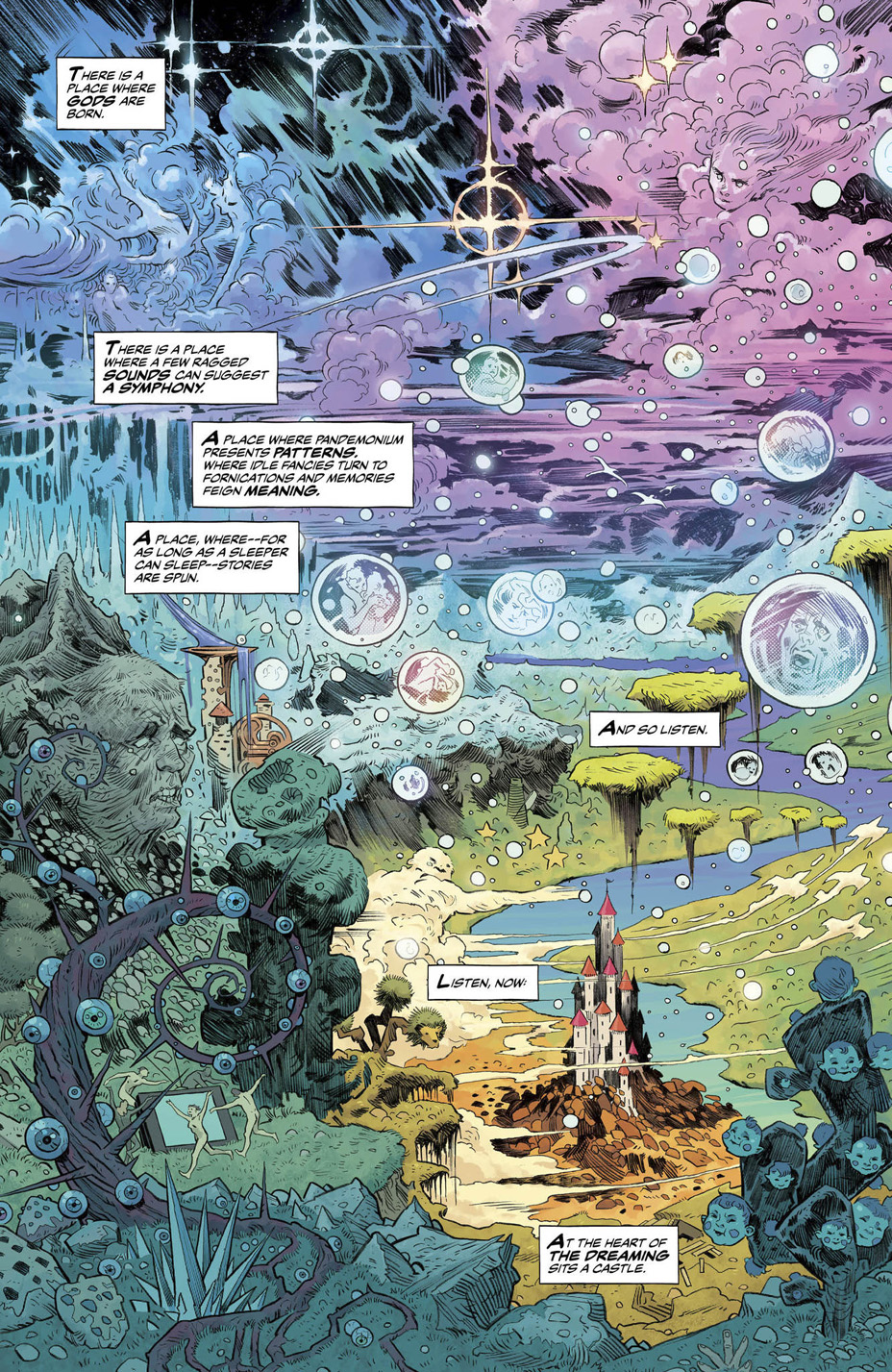 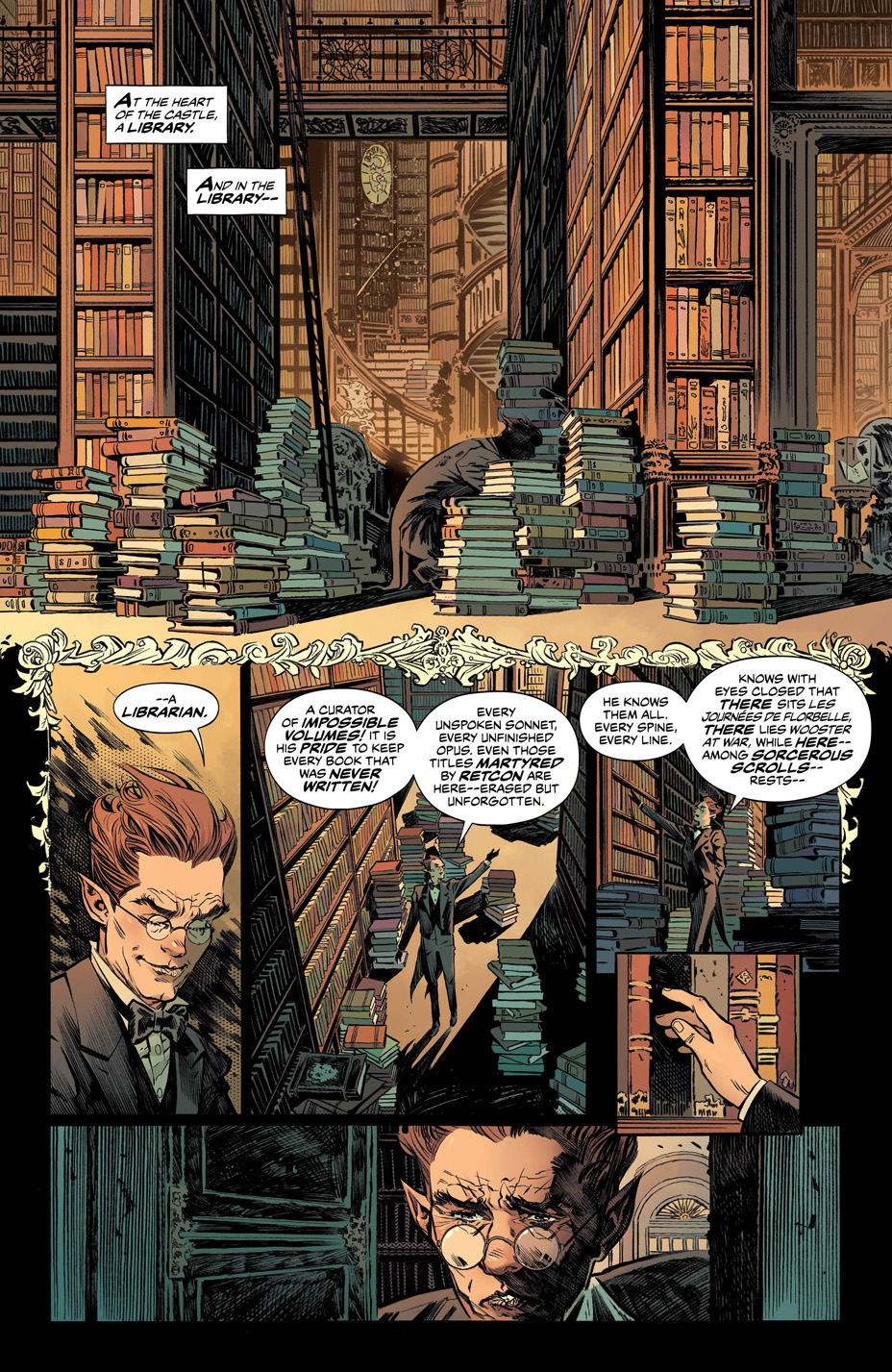 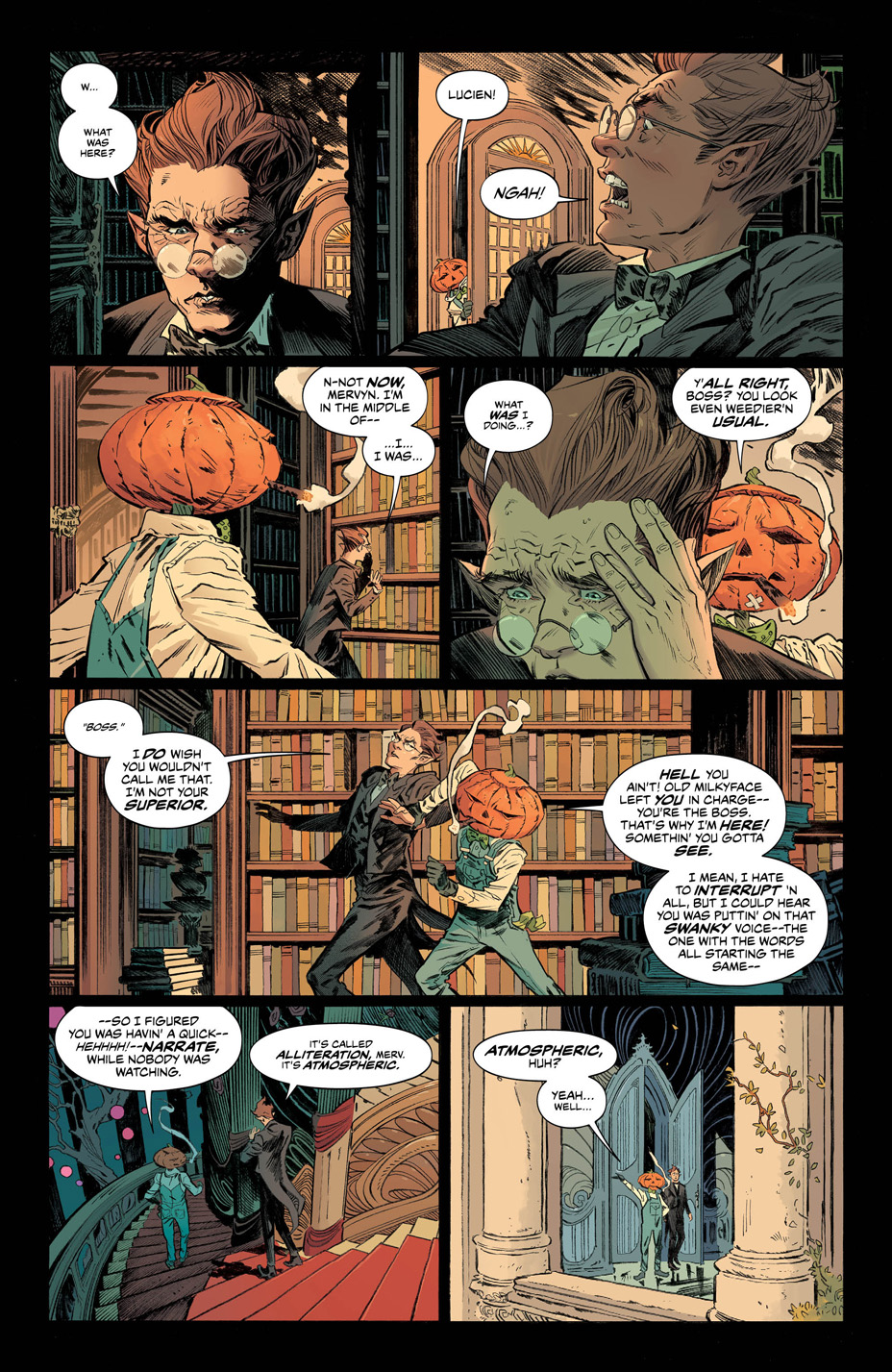 DC Has Stopped Trying to Beat Marvel at Its Own Game