Continue to The Hollywood Reporter SKIP AD
You will be redirected back to your article in seconds
Skip to main content
By Graeme McMillan, Patrick Shanley
July 23, 2019 6:30am
Logo text

A Black Widow solo film has been in the back of Scarlett Johansson’s head for years, but it never felt like a sure thing. “There were lots of elements of the character that were worth exploring, but I didn’t know if I would be able to make a movie that I wanted to within Marvel,” Johansson tells The Hollywood Reporter.

Marvel Studios president Kevin Feige had his own ideas for the hero, who ultimately died in Avengers: Endgame but is getting a prequel stand-alone from filmmaker Cate Shortland. “‘He had a vision for this movie that I incorporated into my own and it seemed like something that was a story worth telling,” Johansson notes. On July 20, the fruits of their labor saw the light of day during Marvel Studios’ raucous Hall H panel at Comic-Con, with the debut of Black Widow‘s first footage as well as confirmation of new character details.

Stranger Things star David Harbour was revealed to be playing Red Guardian, described as a Russian version of Captain America whose real name is Alexei Shostakov — and who has a complicated history with Black Widow.

“He’s a lot more flawed and has a lot more problems. In that way, he’s very surprising,” Harbour tells THR, contrasting his character with Captain America. 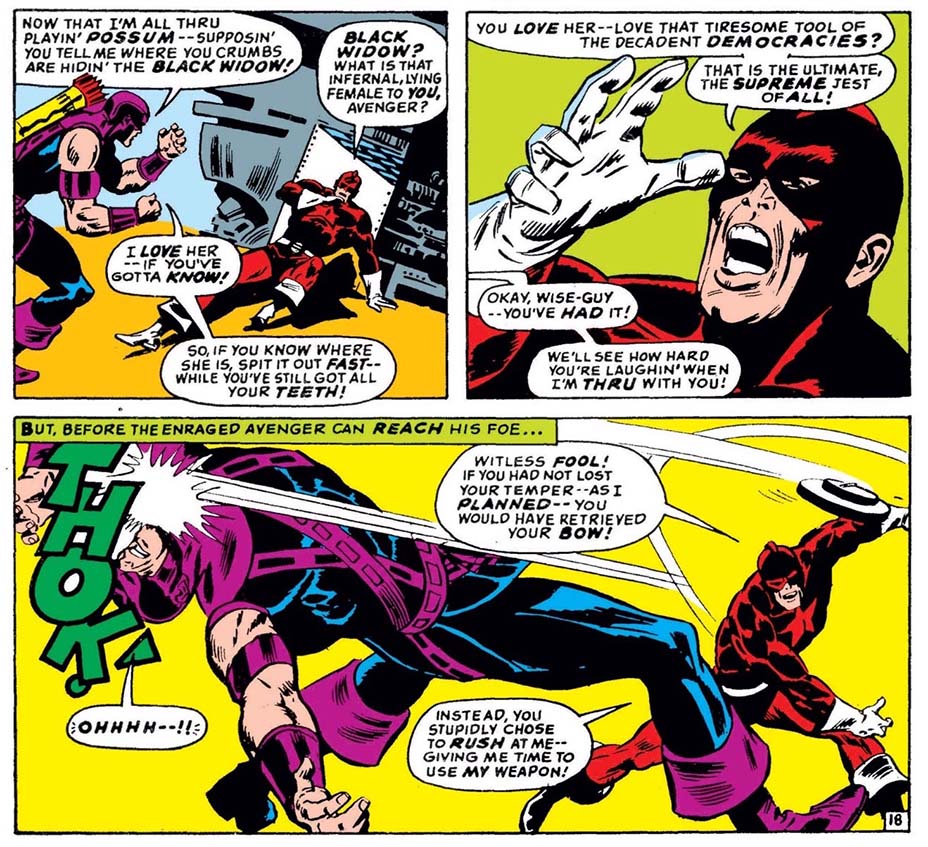 When Red Guardian debuted — in 1967’s The Avengers No. 43 — it was the height of Marvel’s Red Scare period, meaning that the original character was far from the moral figure that Captain America would be, and instead more given to insulting his opponents with taunts of “Fool!” and “Dolt!” as he fought them.

He apparently died at the end of his first storyline — years later, that would turn out to be a ruse, thanks to an early 2000s retcon — but the Red Guardian identity lived on, with multiple others taking up the identity in subsequent years.

There’s one important fact about the first comic book Red Guardian that makes his appearance in the Black Widow movie so interesting; Alexei Shostakov’s intense hatred of Natasha Romanov wasn’t entirely based on the fact that she had defected to the U.S. — he also was her estranged husband.

But Harbour is keeping mum on whether the pair have a romantic history in the film.

“He knows Natasha well, they’ve had a lot of issues,” says Harbour. “They have a lot of history together and that’s what gets explored in this movie.” 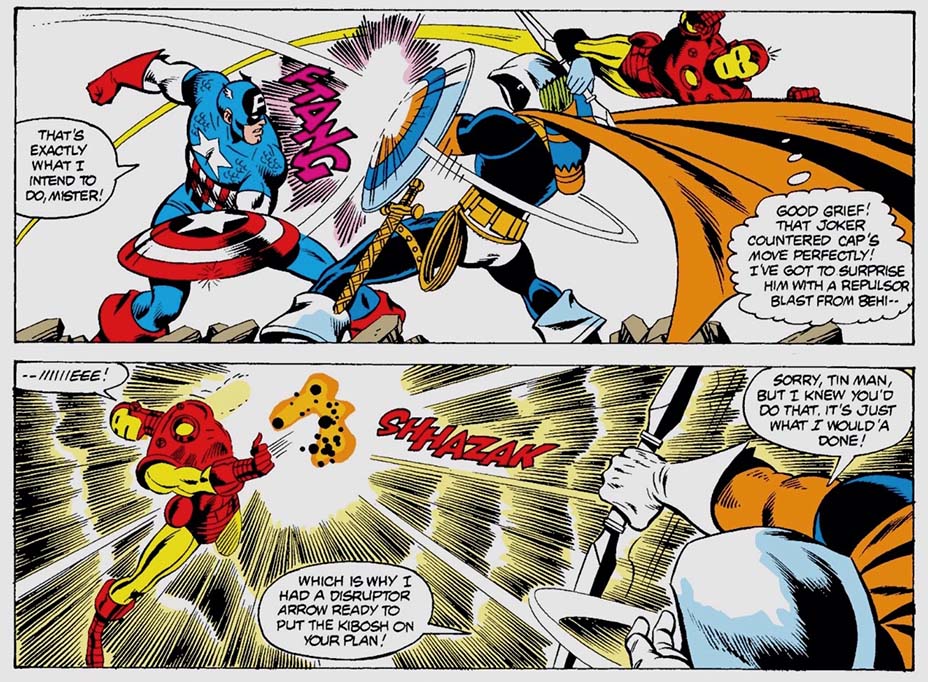 The other big Black Widow Comic-Con revelation was the news that the villain would be Taskmaster, who first appeared in 1980’s The Avengers No. 195.

He has an ability to immediately analyze and perfectly replicate the physical movements of anyone he sees. As might be expected, this makes him a particularly fearsome adversary, but it also makes him a surprisingly effective trainer for those looking to become better fighters, allowing Taskmaster to diversify his business: When he’s not busy being a mercenary for hire, he’s schooling the next generation of Marvel’s comic book badasses. Despite his fearsome résumé, Taskmaster’s comic book incarnation is quite — for want of a better word — goofy. He boasts over-the-top costume that includes a skull mask, matching white underwear, gloves and boots and a bright orange cape.

Black Widow will kick off Marvel’s Phase 4 when it opens May 1, 2020. It will be Johansson’s eigthh time playing the character, which she debuted in 2010’s Iron Man 2. The actor notes she would have stopped acting in the Marvel Cinematic Universe if she felt Natasha had “run out of gas,” but she hasn’t hit that point yet.

“The only reason to make this film was, in my mind, if we could elevate the genre in some way,” Johansson says.

How Marvel's Female Thor Can Finally Do Natalie Portman Justice