Script2Comic Contest, which launched a year ago and entices aspiring writers with the opportunity to turn their work into a comic book (and possibly more), is bringing aboard a new Hollywood sponsor for its second installment.

Mosaic is joining indie comic publisher Scout Comics and Motor Content for this year’s contest. Mosaic, the management and production company that has worked on The Stand, Bad Teacher and Talladega Nights, says it will option at least one of the winning titles and also fund the creation of the comic.

Four of last year’s winners are expected to be published as a comic book miniseries or graphic novel by Scout Comics this fall or in early 2021. Last year’s top prize went to The Vampire’s Babysitter, writer Heather Hale’s tale of a 134-year-old vampire with the body of an 11-year-old girl who forms a friendship with the teen hired to be her babysitter. Diigii Daguna provided art for the comic.

'Mr. Malcolm's List' Team on the Magic and 7-Year Journey Behind Regency Rom-Com

“We founded Script2Comic as a way for writers to keep getting their work produced when the rest of the world was shut down — and it was a massive success,” said Don Handfield, head of Motor Content, which is known for The Founder and Knightfall. “We have six incredible stories by a diverse and talented group of writers who will be seeing their comic on shelves in the near future — and this year we hope to have even more winners see their work come to life.”

Scout Comics titles are available nationwide. The publisher picked up four of the six winners, with the contest organizers exploring how the other two titles will make their way into the world.

“Scout ended up sponsoring four winners from last year’s contest and hopes to do the same this year. We were blown away by the quality of submissions and know these titles are going to make amazing comics,” said Scout Comics president James Haick III.

This year’s  judges include Alyssa Altman of Roth/Kirschenbaum, Elias Gertler of The District, Javier Chapa of Mucho Mas Media and Hidden Empire’s Roxanne Taylor. Returning judges include Josh McLaughlin, former president of Focus Features; Jon Levin, the longtime CAA agent who is now head of film and TV at Fourward; Adhrucia Apana, executive producer of Tom Hardy’s Capone; and Lauren Vilchik, known as a producer of Cabin Fever. Winners are presented with a copy of their comic graded by CGC, the service that authenticates the condition of comics.

More information can be found on Script2Comic’s website. Entries are open through Aug. 5. See a page from last year’s winner, The Vampire’s Babysitter,  below. 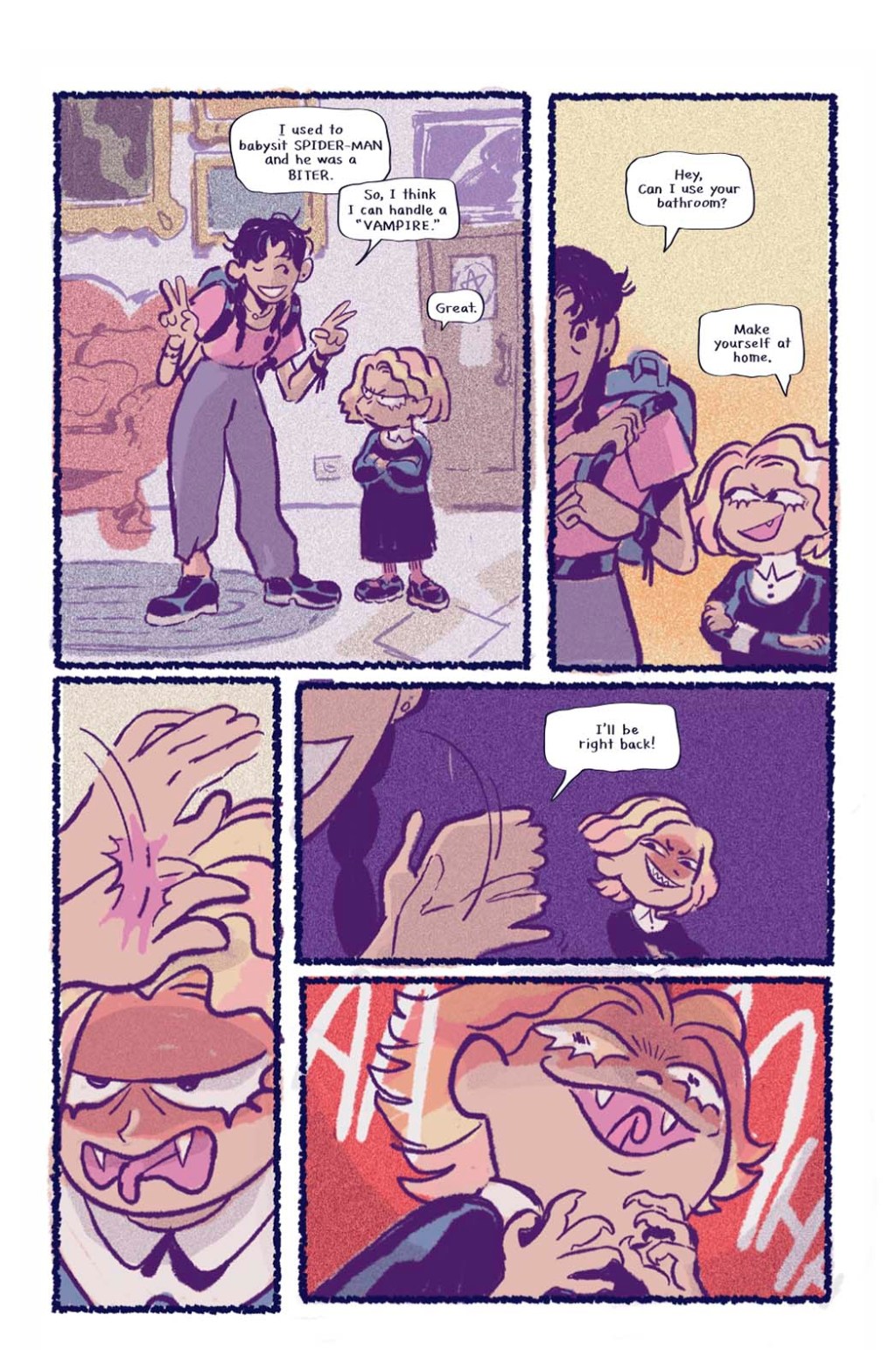