The Batman Who Laughs isn’t finished playing with DC’s superheroes yet.

This alternate reality version of Batman was first introduced in the successful comic book miniseries Dark Nights: Metal as a Batman who has become transformed into an immoral villain through exposure to Joker toxin. Not only will this version of Bruce Wayne continue to terrorize the DC Universe with a previously unannounced extension to his current miniseries, but he’ll also be the threat at the center of an all-new Batman and Superman team-up comic book series launching in August.

Scott Snyder and Jock’s The Batman Who Laughs series will now run seven issues instead of six, leading into the new Batman/Superman title created by Josh Williamson (The Flash, Justice League/Suicide Squad) and David Marquez (Marvel’s Civil War II, Avengers), with the latter making his DC debut on the title. (A preliminary cover for the final issue of The Batman Who Laughs can be seen at the end of this story.)

For Marquez, who calls the new series “a great opportunity,” the first issue of Batman/Superman won’t just mark his first work for the company after almost a decade of Marvel material; it’ll also be the first release as part of his new exclusive contract with DC.

“I’ve been very fortunate that in a relatively short career I’d been able to work on some big projects,” the artist told Heat Vision. “When I heard the possibility of working with DC, I wasn’t sure I wanted to do more work-for-hire stuff after wrapping up with Marvel. They really kind of had to sell me on the idea of doing the series.”

Initially, Marquez had planned to follow his Marvel work with a new project he’d create and own, he explained, but the scope of Batman/Superman — and the chance to collaborate for the first time with Williamson, whom he’d known for years — changed his mind.

“That I’d be able to build it from the ground up, and also that it was actually a meaningful big project, were really important factors,” he explained. “In terms of the characters involved and the role it plays in broader DCU and its evolving narrative, working with Josh who’s one of the biggest writers there — these reasons sold me on the idea of doing this book. If it wasn’t all of those unique characteristics altogether for one project, I probably wouldn’t be doing work-for-hire stuff right now.”

According to Williamson, Batman/Superman had been in development for more than a year before Marquez joined the team, and has always been intended as a very different take on a series teaming the two iconic characters that takes its cue from recent events in the larger DC comic book universe.

“We discover, through the Batman Who Laughs series that the Batman Who Laughs have been working on this massive plan since Metal. What it is is, he has sleeper agents throughout the [DC Universe]. They’ve been infected, and they’re slowly turning into the worst versions of themselves,” Williamson teased. “Some of them know they’re changing, some don’t. Some aren’t aware it’s kind of like a Jekyll and Hyde situation where they’re not aware of [what] the other side is doing.

“This is happening to six people — we’ve been calling them the new Secret Six — who have been turned. But who could be turned? Who are they? [Batman and Superman] have to go out and figure it out. But that means spying on other heroes, friends, allies. We talked about the end of The Thing, where it’s the two of them and they’re like, ‘It could be you, it could be me, but now we have to work together.’” 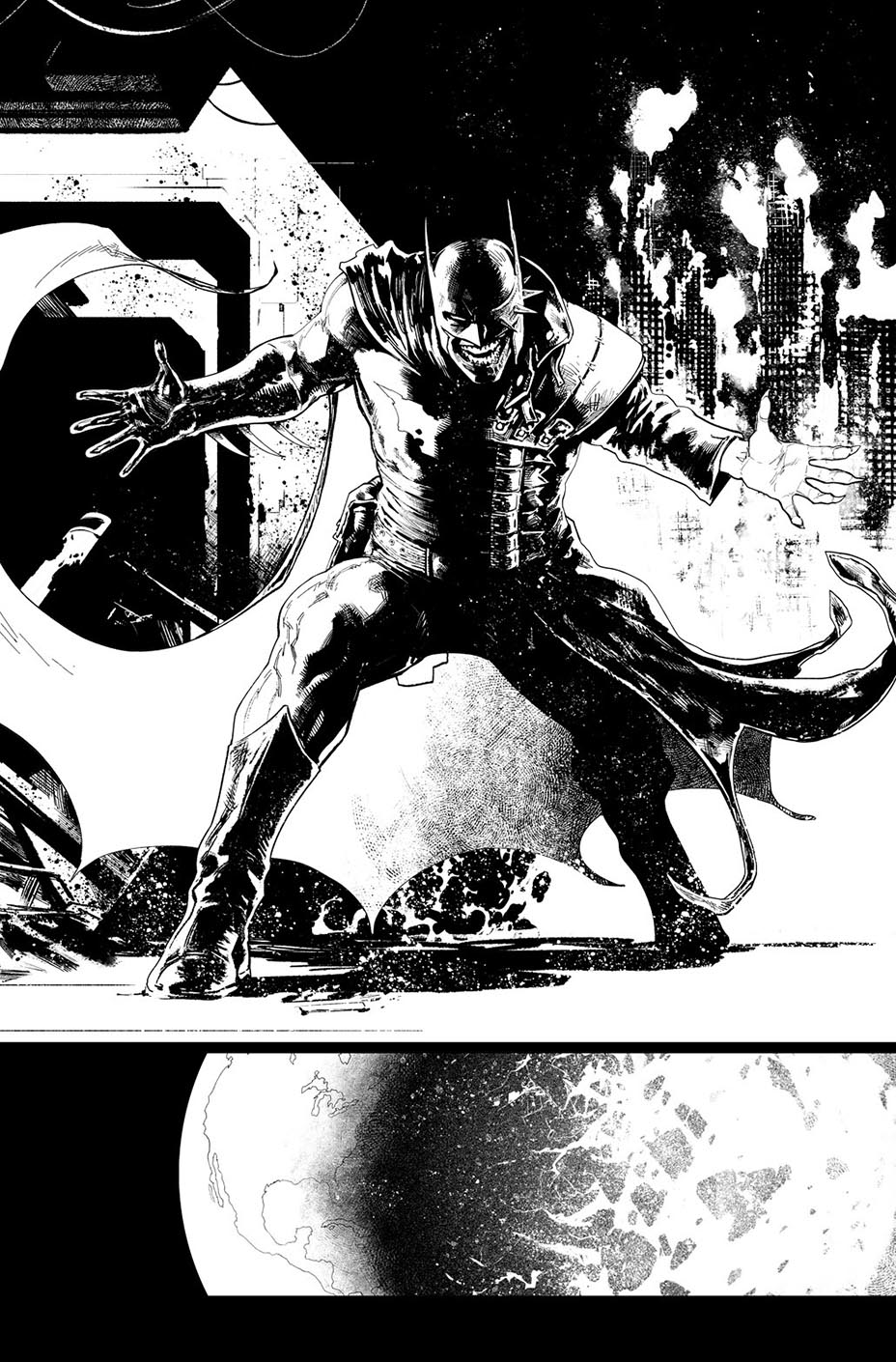 The identity of the Secret Six — a name with some history in DC mythology, having first been used in 1968 for a comic book series of the same name — will be one of the core elements of the new series, and also an important part of DC’s superhero continuity as a whole across the next year of storytelling.

“It becomes this mystery across not just this book but really the line,” Williamson said, suggesting that fans reading other series might have the chance to work out identities before the heroes do. “It’s a thing where it’s not just going to be focused on this one book; it starts here, but you’re going to get a situation where, if you are reading the line, you might start piecing some stuff together before like bigger reveals happen. You might be like, ‘Oh this weird thing’s happening over here, I wonder if that’s connected to the story here,’ and that’s cause, yeah. It is.”

Williamson and Marquez are well aware of, and drawing from, the long history of comic book stories teaming Batman and Superman. The two characters first teamed in 1952’s Superman No. 76, forming a good-humored brotherhood that lasted three decades in the pages of the World’s Finest Comics series; they would go on to co-star in Superman/Batman, a monthly series that lasted 87 issues starting in 2003, and the first incarnation Batman/Superman, which ran from 2013 through 2016.

This new series will be something different, with a tone closer to horror than straight super heroics. It’s an unexpected move, perhaps, but one that stays true to the story being told and the characters’ experience. Both creators are clear on the fact that Batman/Superman is intended to have a big impact on the DC Universe as a whole. 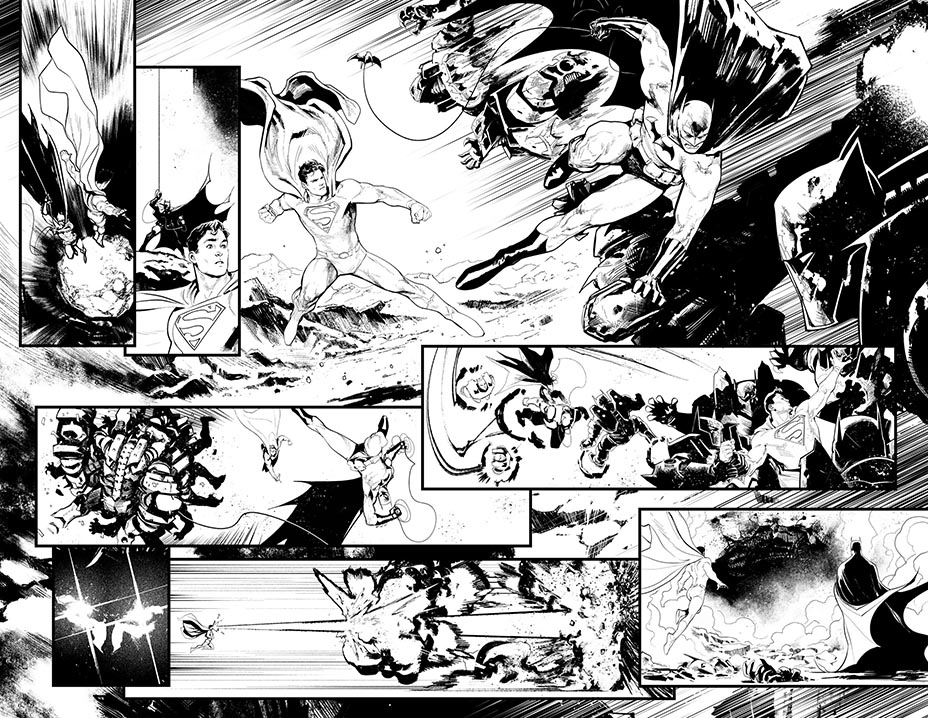 “It definitely changes the DCU in a lot of ways, it impacts the characters and the dynamic between some of them, moving forward in the next year,” Williamson said.

“This isn’t throwaway, like ‘everything is perfect and back to normal,’ illusion of change stuff,” Marquez added. “With characters that you love, ‘I had a great day’ is not a story, you know? ‘I had a great day, until…’ is a much more interesting story. You want to see these characters tested, and this is maybe a mean way to do it, but it’s going to be a fun ride. It’s definitely fun to draw. There are dark stories that torture the reader and there are dark stories that are entertaining for the reader. This is the latter.” 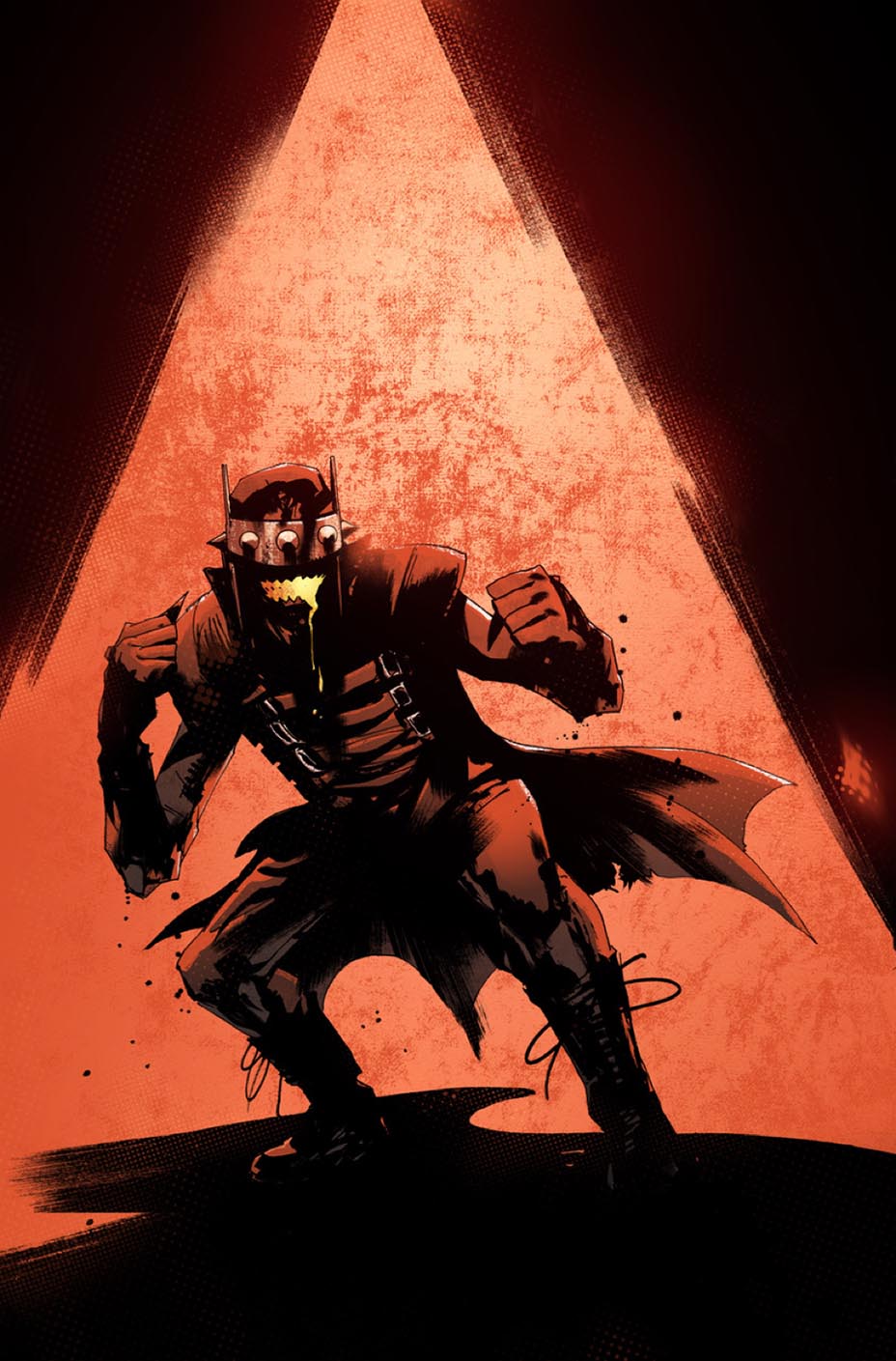