As is the case with most of his films, Guillermo del Toro’s The Shape of Water is a high-wire act that has to delicately step carefully through its fantastical blend of genres, lest it stumble and fall. Its tale of a fairy-tale-style romance between a mute woman and a sea creature known as the Amphibious Man, set against the backdrop of the Cold War, works wonders in part because the story seems so wild that it couldn’t possibly be so swooning and lovely. Del Toro’s directorial skill is well documented, but one of the biggest reasons why The Shape of Water works is his collaboration with actor Doug Jones.

Jones has now appeared in six of del Toro’s films, most notably as Abe Sapien in the two Hellboy movies and as both the Pale Man and Pan in Pan’s Labyrinth. His role as the Amphibious Man in The Shape of Water recalls Abe Sapien, especially in the character’s design and inherently odd likability. But then, a lot of credit has to go to Jones, whose uniquely lanky build has allowed him to play various creatures in film and TV, from the Silver Surfer in Fantastic Four: Rise of the Silver Surfer, to the silent leader of the Gentleman in the iconic Buffy the Vampire Slayer episode “Hush.”

Guillermo del Toro to be Honored at MoMA's Film Benefit

Abe Sapien, unlike the Amphibious Man, has plenty of dialogue in both Hellboy films, and has a romantic subplot in 2008’s sequel The Golden Army. However, the latter character is far more daring in its design and treatment. Through the script by del Toro and Vanessa Taylor, Jones has to portray the Amphibious Man as someone (or some thing) that can be loved and lusted after by the lead character, Elisa (Sally Hawkins), and feared and scorned by characters such as the nasty Colonel Richard Strickland (Michael Shannon). The balancing act with the Amphibious Man isn’t on Jones alone, but the ways in which it communicates with Elisa (from sharing a meal to reacting and responding to big-band music) are all on Jones’ skills as an actor and a mime. Though there are plenty of prosthetic and digital effects involved, so much of the romance between Elisa and the Amphibious Man works because of Jones’ capability of communicating so much with just a gesture or two. 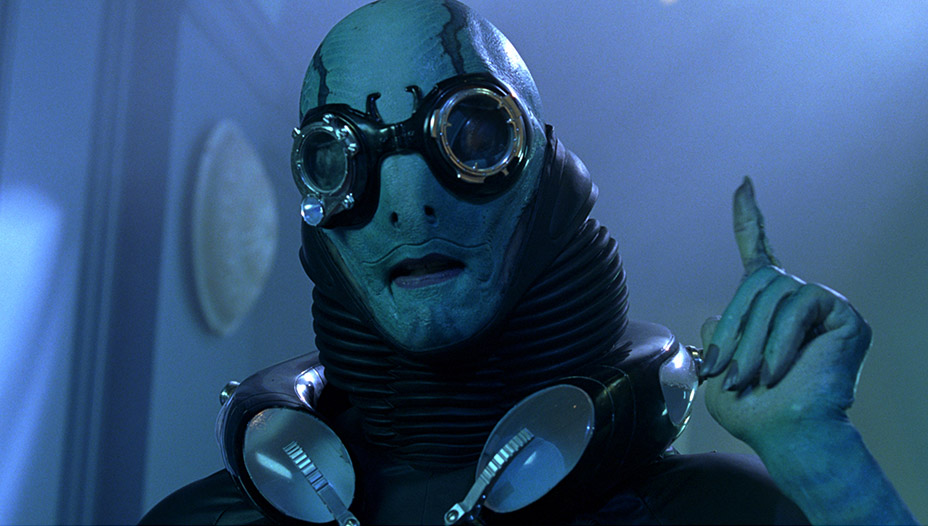 Del Toro’s collaborations with Jones, which extend back to the 1997 horror film Mimic, mirror that of Kiwi filmmaker Peter Jackson with actor/director Andy Serkis. Serkis is, by now, extremely well known as one of the best actors to work within the confines of performance-capture technology, specifically with the tortured character Gollum in the Lord of the Rings franchise. While Serkis has arguably had a bigger spotlight for his work, including starring as lead ape Caesar in the Planet of the Apes franchise revival over the last few years, his limber qualities mirror that of Jones in del Toro’s genre pastiches. Jones’ talents haven’t always been as easy to spot, unfortunately. In the 2004 Hellboy adaptation, while he performed as Abe Sapien, David Hyde Pierce was cast to provide the voice (though he ended up refusing any credit, and Jones would end up voicing as well as performing as Abe in the sequel). Now, it feels like Doug Jones is finally getting a showcase. 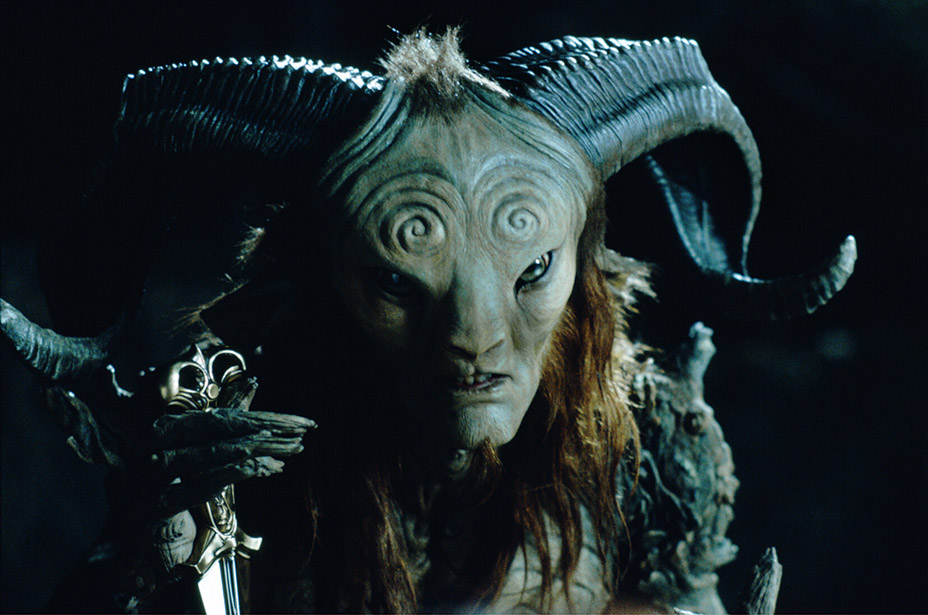 Plenty of moments within The Shape of Water could easily topple the film into something ridiculous. What may end up as the film’s most divisive moment, but is arguably its best scene, is a fantasy of Elisa’s. In that scene, she’s able to voice her love for the Amphibious Man in a black-and-white song-and-dance sequence designed in the vein of the great Fred Astaire-Ginger Roger musical romances of the 1930s and 1940s. The way that the film gracefully shifts into this fantasy mirrors how Jones is able to, seemingly effortlessly, dance his way into Elisa’s heart and her imagination. Their romance, like the film, shouldn’t really work, biologically or emotionally. And yet, it does; Hawkins is, perhaps predictably, quite remarkable in a challenging and largely silent role, but the romance (and film) can only work because both halves are believable.

The Shape of Water is one of Guillermo del Toro’s best films, and possibly the wildest story he’s ever told. Its mixture of romance, wartime tension, music and science-fiction-tinged horror could have easily crumbled in the hands of a less skilled filmmaker. And the cast he’s assembled, also including Richard Jenkins, Octavia Spencer and Michael Stuhlbarg, is top-notch. But the performer who represents the film’s most valuable asset is, coincidentally enough, playing a character dubbed “the asset.” The Shape of Water works phenomenally well, in no small part because of the actor behind the effects of the Amphibious Man, Doug Jones.