Sharon Stone recently finished a remodel of her Beverly Hills home, renovations that VIP guests were able to see up close during a Feb. 19 dinner party. But the occasion, which saw 20-plus people eating takeout from Canon Drive Chinese food hotspot Xi’an around the kitchen table, was less about the interior design reveal and more about lesbian pioneer Jewel Thais-Williams, her groundbreaking Los Angeles gay nightclub and the C. Fitz-directed documentary of the same name, Jewel’s Catch One.

Stone screened the film for Thais-Williams, Fitz and other friends of the doc in her private screening room followed by dinner, champagne and a dessert of cake pops and cookies. “It’s the first party in my new kitchen and for good reason — the film is really good,” says the actress, who appears in the doc alongside such notable names as Sandra Bernhard and Bonnie Pointer. “One of my guests said it’s like Jewel is the Mother Theresa of color. That was a beautiful statement. She’s devoted her life to the service of others and done it in a way that has made it approachable and accessible. She’s allowed others to feel loved and wanted and given them a place to find community and now wellness.” 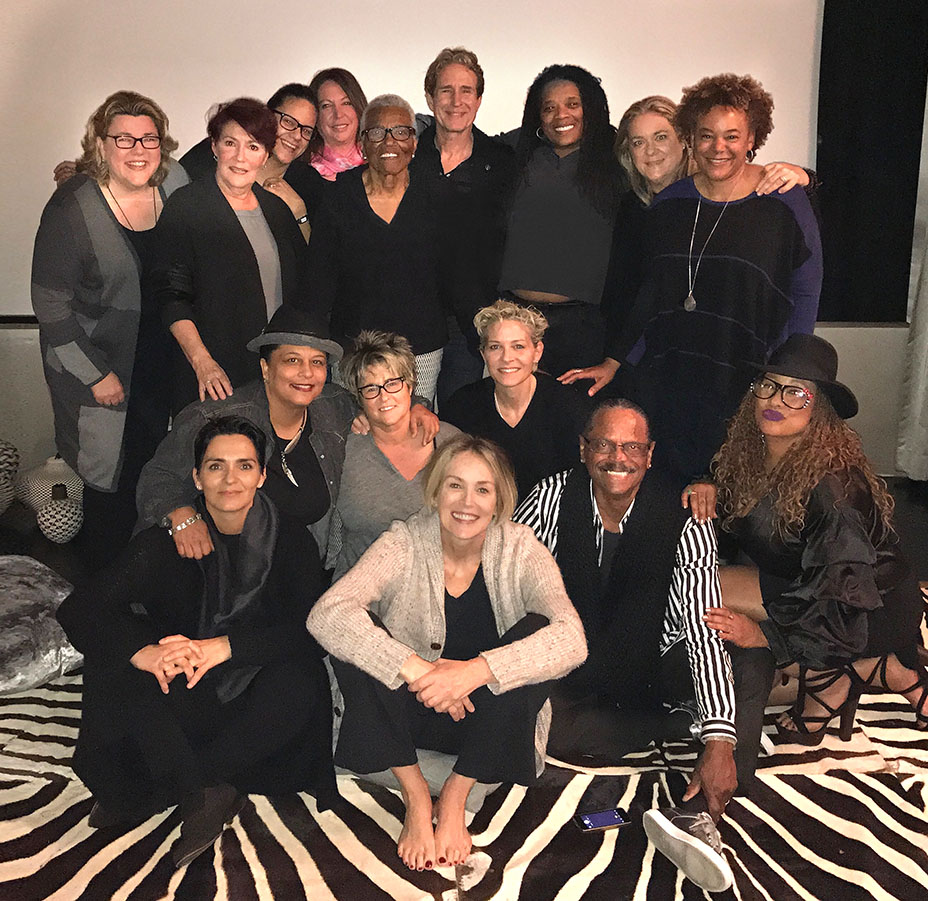 Thais-Williams closed the club, located on Pico Boulevard near the corner of Crenshaw Boulevard, and now focuses on her wellness business, Village Health Foundation. She remains a star on the local gay scene, however, and she recently served as the grand marshal of the 2016 L.A. Gay Pride Parade.

“She has such an inspirational story — I really admire her so much. It was my pleasure to see the film and to have the people who worked on it at my home. It was a lovely night,” says Stone, who spent some nights out at the club dancing with her friends, much like other A-listers, including Madonna. “Everybody accepted everyone else to such a level that at the height of my fame, I could go and nobody would torture me.”

The film, currently without a distributor, screened at Outfest and BFI London Film Festival, and Stone believes it’s worth many more showings: “My hope is that it gets picked up by a Netflix or someone like that and that they tighten it up, put great music to it and more people see it. Socially, it’s quite educational.”

Oscars Party Diary 2017: Inside the A-List Parties and Events

Dave Chappelle Ready to Meet With Transgender Community Under Certain Conditions: "I Am Not Bending to Anyone's Demands"

Yvonne Orji on Emotions of Saying Goodbye to 'Insecure': "We've Never Seen Black Characters Like This"