Movie audiences won’t be introduced to Billy Batson and his superpowered alter ego until next month, but Shazam — aka the original comic book Captain Marvel — has been around for almost 80 years. At his height, he outsold even DC’s Superman on the newsstand. A new edition of Chip Kidd and Geoff Spear’s Shazam! The Golden Age of the World’s Mightiest Mortal, released this week celebrates the character’s early glory days, and Heat Vision has an excerpt to tease the look into Billy’s past.

Released in paperback by Abrams ComicArts in time for the April 5 release of Zachary Levi’s Shazam!, the book collects comics and contemporary merchandise — figurines, toys, puzzles, costumes and more — from the 1940s heyday of the World’s Mightiest Mortal, as curated by author and designer Kidd, himself a big fan of the hero, and photographed beautifully by Geoff Spear.

The Captain Marvel of old is different from today’s Shazam in more than just name; published by Fawcett Comics from 1940 through 1953, his stories contained far more whimsy and not self-conscious fun than today’s superhero stories generally allow for, with Billy being joined in his superhero career by a literal family of other Marvels, including Uncle Dudley and, of course, Hoppy the Marvel Bunny.

Asked how the new onscreen incarnation of the hero once known as The Big Red Cheese compares with the original, Kidd told Heat Vision, “There is definitely charm in the Shazam! trailers, but it is of a different sort than that of the original comics. This is no surprise, it is an entirely different era now. But the main difference seems to be that in the new movie, after transformation, Shazam! appears to still have the mind of Billy Batson, which was not the case in the comics. It will be interesting to see how the filmmakers reconcile that.”

Before getting excited about the Shazam to be, revisit the Captain Marvel that was, starting with the excerpt below. All images from Shazam! The Golden Age of the World’s Mightiest Mortal by Chip Kidd and photographs by Geoff Spear, Abrams ComicArts, 2019. 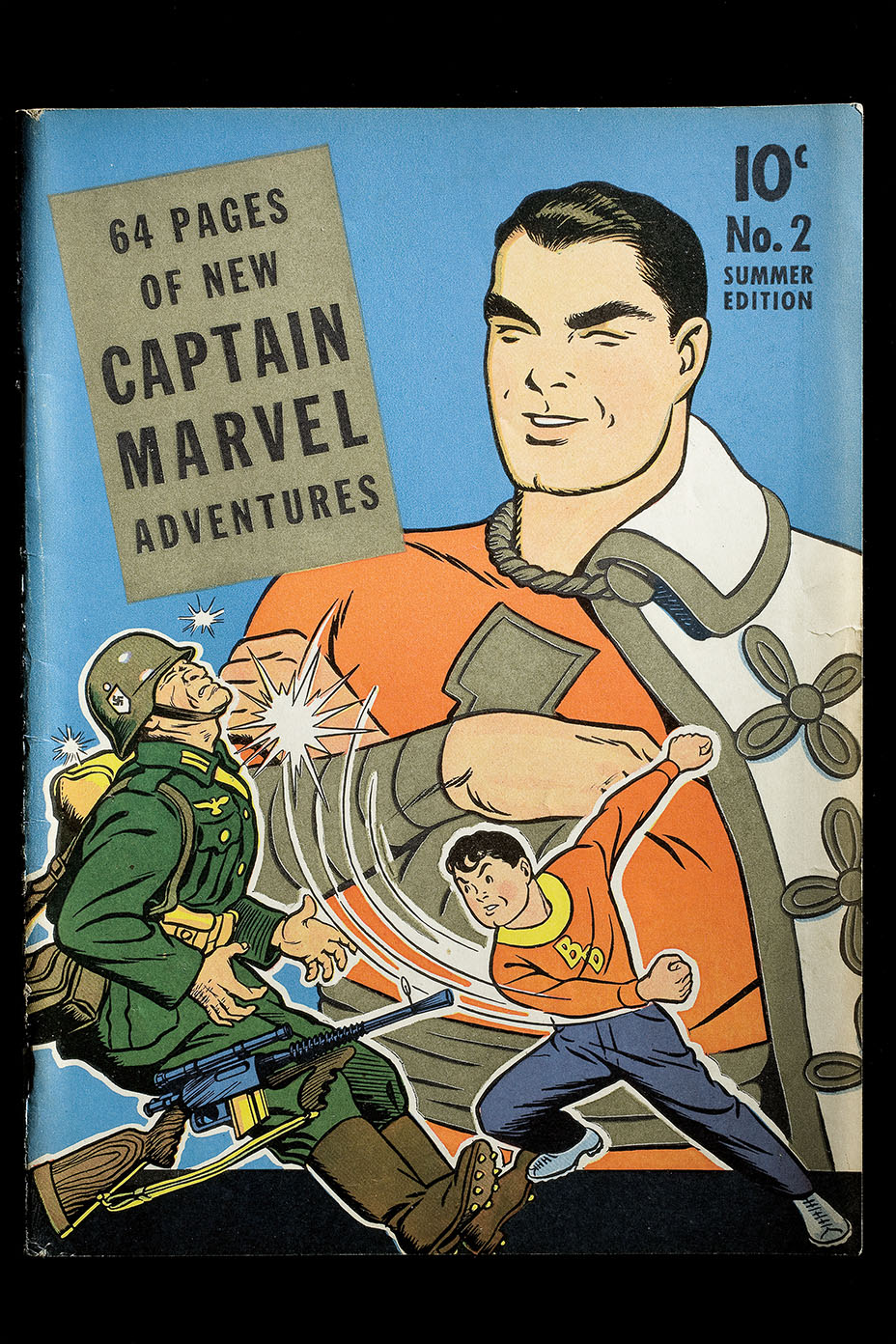 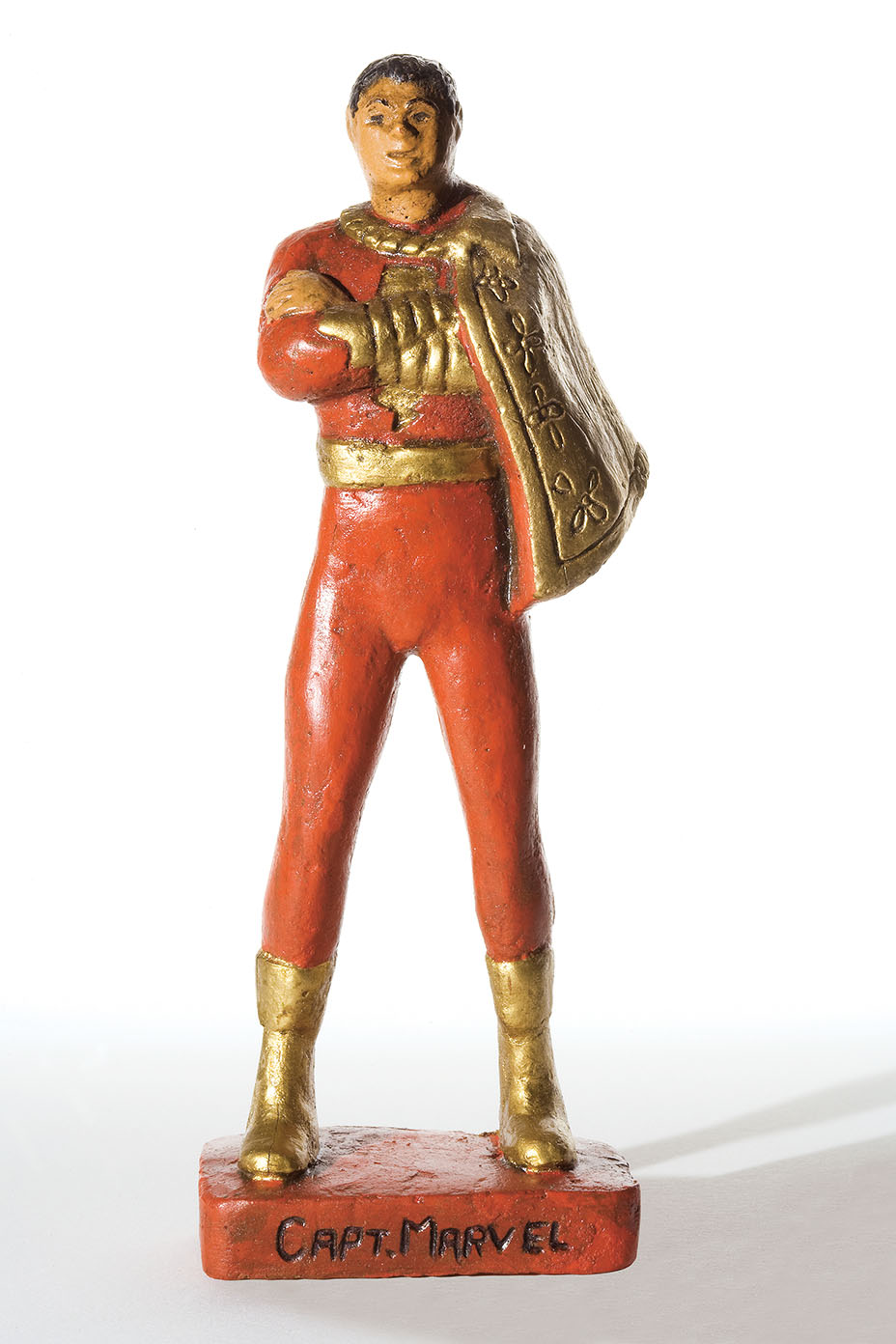 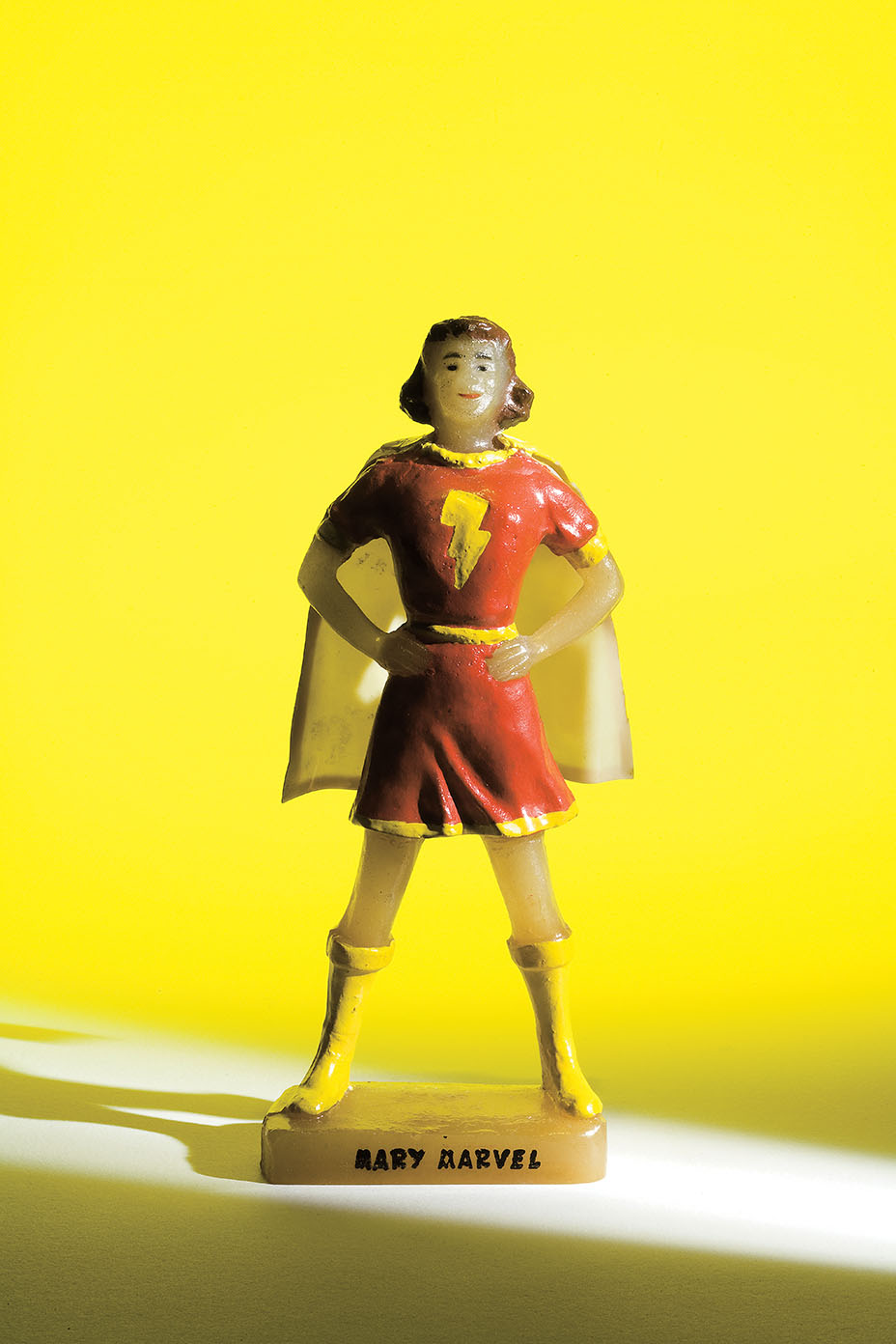 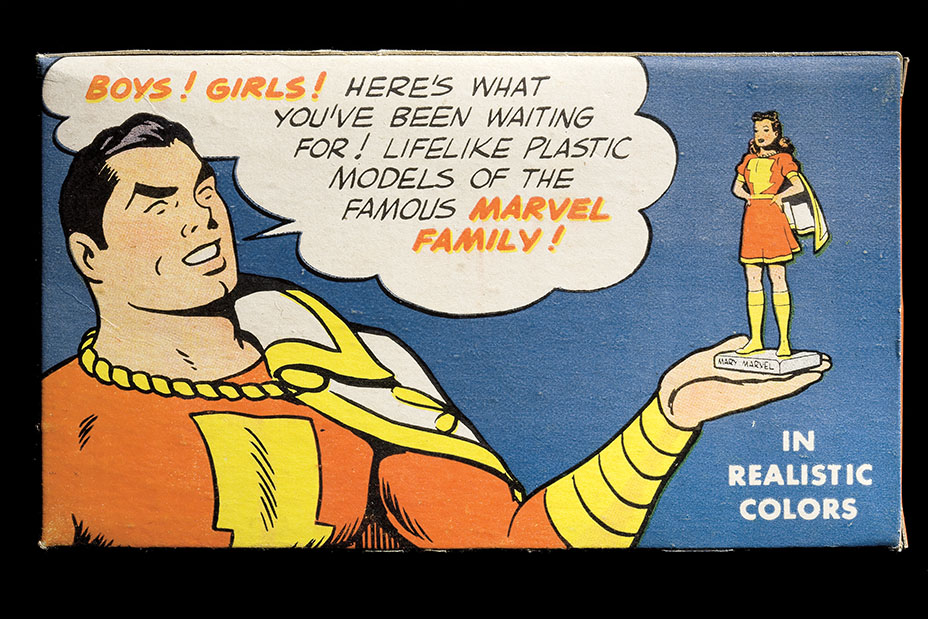 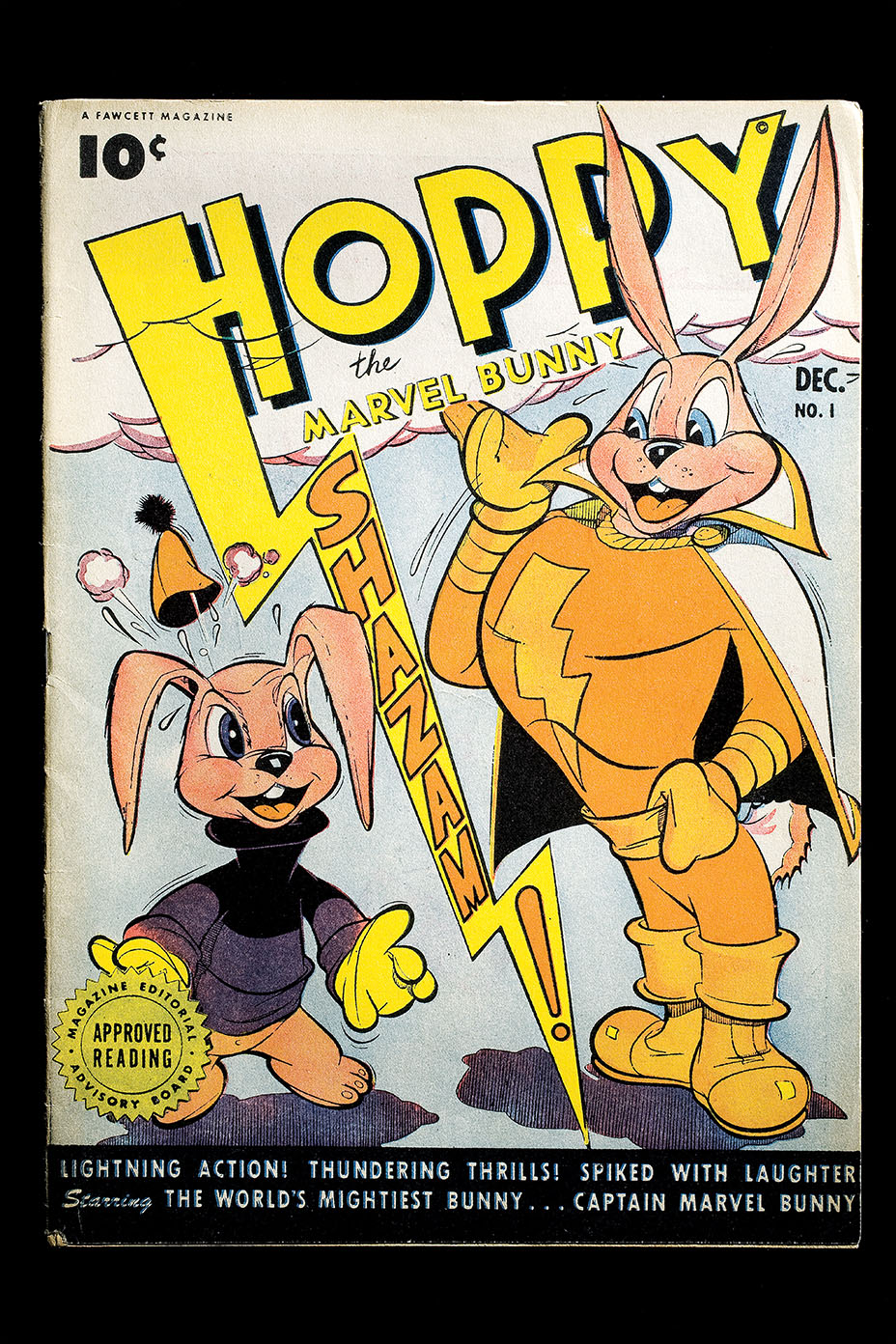 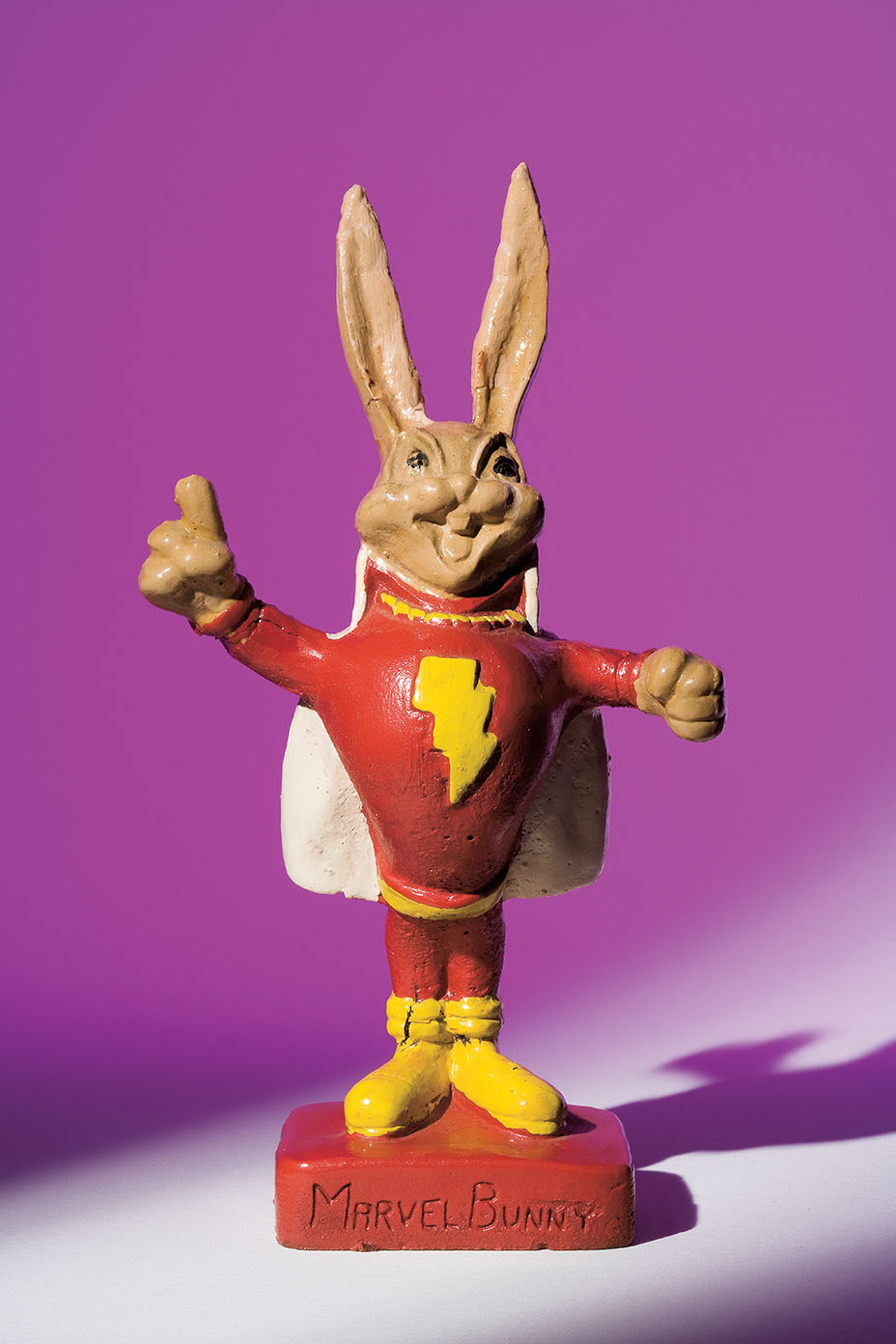