Sherry Lansing has many talents, but writing is not one.

That’s not an insult — it was her own admission, revealed Tuesday night just after 7 p.m. while standing in the 34th floor lobby of ICM Partners’ Century City headquarters in front of some of the most powerful people in the entertainment business. She had a microphone in hand and a table at her hip filled with freshly printed books featuring her face next to the title Leading Lady: Sherry Lansing and the Making of a Hollywood Groundbreaker.

“When I left Paramount, I decided to write a memoir and I made a deal to do so,” recalled Lansing of her exit, which marked the end of an era for one of the powerful women to ever rise through the studio ranks. “Then I found out that, first of all, I can’t write at all. I mean, not at all. It’s appalling the way I write.” 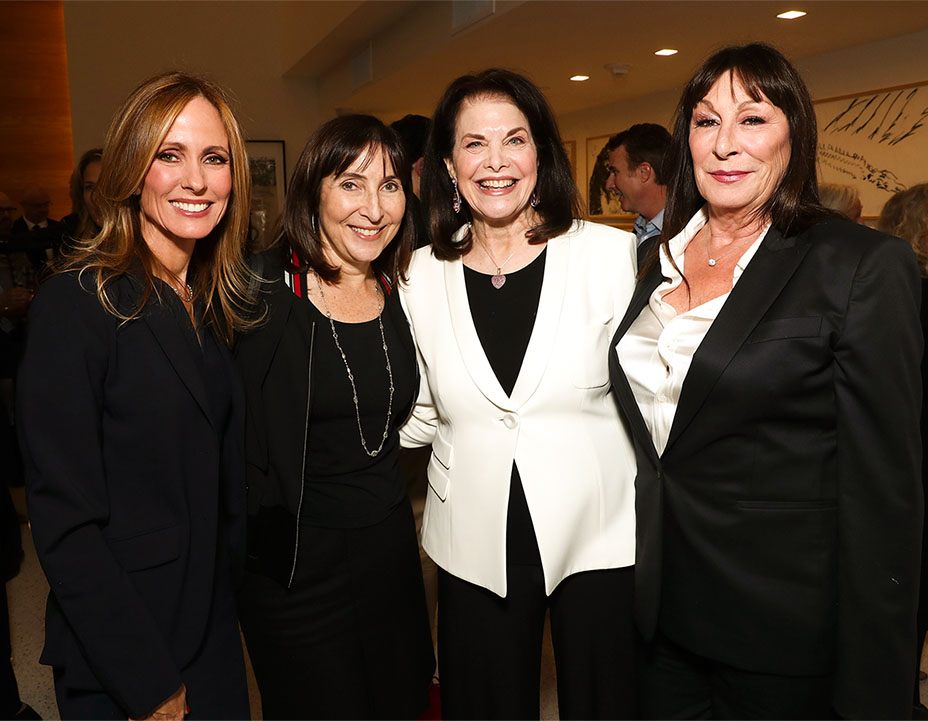 But it was more than the writing part that kept Lansing from pushing forth with a book about her life and storied career. “I didn’t want to look back,” she said. “I only wanted to look forward.”

The veteran journalist, who currently serves as executive editor of features for The Hollywood Reporter, had a “wonderful lunch” with Lansing at the Polo Lounge inside the Beverly Hills Hotel five years ago. After hearing her story, Galloway couldn’t contain his enthusiasm. “I thought, ‘Oh my God, I want to write that story.’ In a moment of weakness, she said yes,” he recalled during his own turn at the mic, a series of remarks that also included Silbermann, THR’s editorial director Matthew Belloni and Lansing. “In the process of writing this book, I discovered who she was — deeply. And I understood the extraordinary talents that took her where she was.” 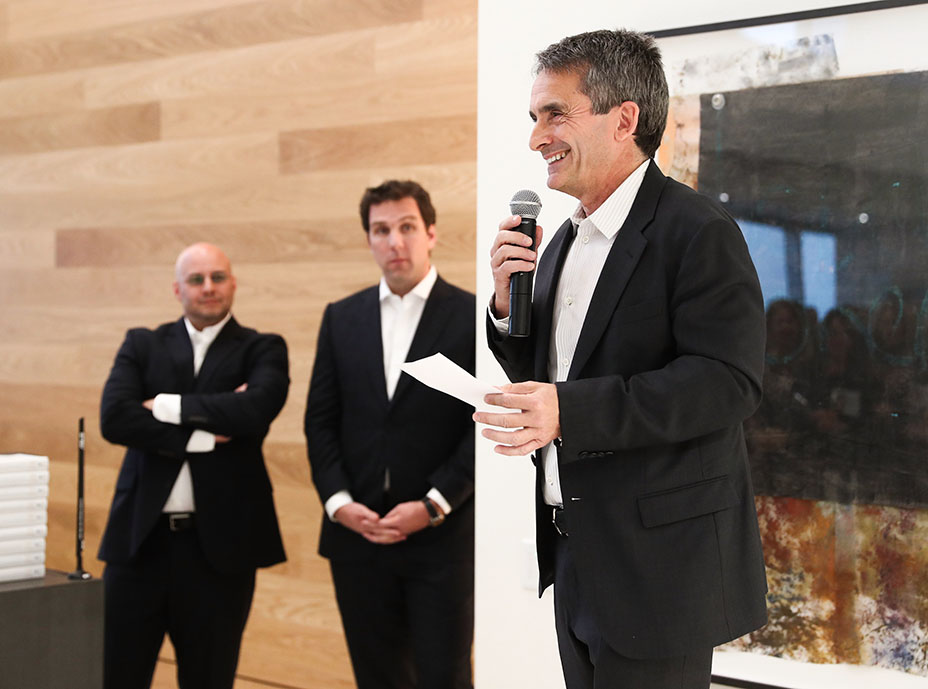 It wasn’t always an easy process, Galloway noted. He credited the talents of his ICM agent Jennifer Joel for making the deal with publisher Crown Archetype happen, and he thanked Lansing for allowing him to include all aspects of her life, from personal heartbreak and insider studio drama to filmmaker fights, all of which have contributed to her colorful life. “Lovely,” “feisty,” “imaginative,” “caring” and “brilliant” are just a few of the adjectives he used to describe his subject. “I started with her on a pedestal and ended with her on a different pedestal. That pedestal was even higher,” Galloway said. “It’s been the honor of my life to spend this time with you.”

Genuine compliments such as that were easily uncovered from other guests.

Longtime friend Sheindlin — aka Judge Judy — politely excused present company (her other BFF, veteran power agent Howard) and gushed that Lansing is “probably the greatest woman I’ve ever met.” Sheindlin, who often goes on group vacations with Lansing, Howard and their respective husbands, not only singled out Lansing’s impressive film business résumé, she seemed equally dazzled about her post-Hollywood philanthropy career. “She can do anything. She knows more about medicine than most doctors. She knows about the treatment for cancer, what’s coming up, what’s in the pipeline. She speaks about it with ease; it’s not rote,” Sheindlin noted. “She’s a fun friend, a devoted wife and a glorious person.” 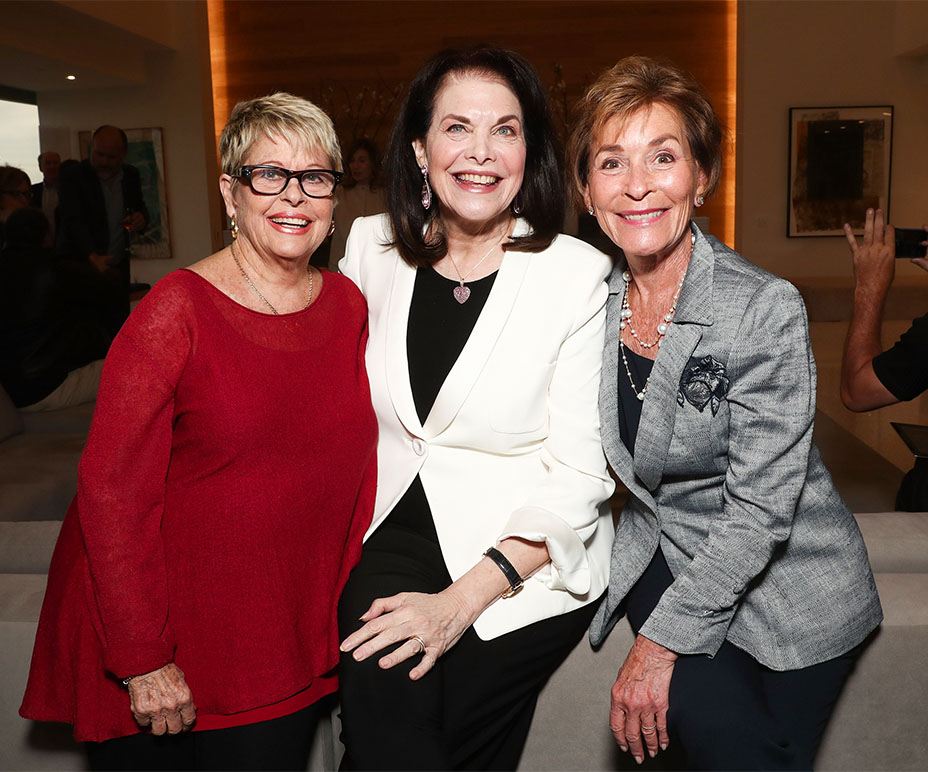 Said Winkler: “Here’s the power of Sherry Lansing: In 1981, I decided I was going to stop making movies for awhile. I enrolled at Oxford University in England to study Shakespeare. Sherry called one day to say that she wanted to make a script of mine. ‘Can you come back?’ she asked. We were on the next plane. She defeated Shakespeare and Oxford in one call.”

Fox chairman-CEO Snider, someone who has followed in Lansing’s footsteps to the top post of a major Hollywood studio, acknowledged how Lansing paved the way. “For me, as a young executive, she was an inspiration and even now, I cannot wait to read the book because I know there will be some observation, some insight that I will benefit from — without a doubt,” Snider told THR.

Added Rothman: “She was a pioneer, and a true original. I’ve known her since my very very first job in the movie business when I worked for Arthur Klein, we represented Jaffe/Lansing Productions. I’ve known her more than 35 years.”

Though not quite as long, Huston said her relationship with Lansing dates back to the Addams Family days in 1991 at Paramount. “She’s the nicest person in show business,” the actress smiled. “For a woman to have been the head of a studio in this — if you’ll forgive me — rather misogynistic town, is an extraordinary feat.”

Many of the guests praised Galloway’s writing talent and admitted that they couldn’t wait to get home and crack open the book. Power lawyer Singer is one who said he’s confident her story will make for an amazing read. “She succeeded with kindness in one of the toughest businesses in the world,” he noted. “She doesn’t have that tough veneer or aggressive attitude that most men and women have in the entertainment industry. It’s not only her career in the movie business, but what she’s done since then. She’s one of the most charitable and philanthropic women that you would ever meet. She’s an amazing person.” 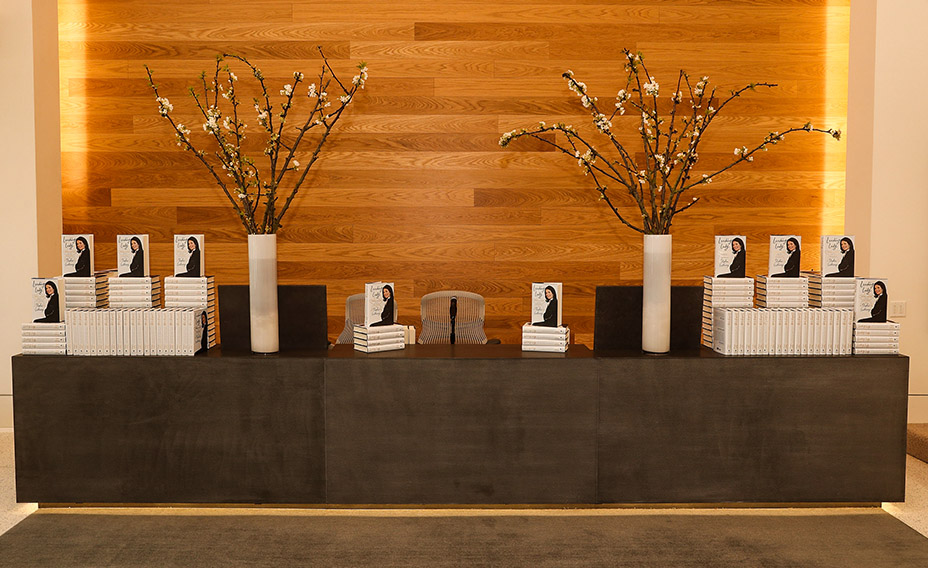 During his remarks, Silbermann gushed that he always looked up to Lansing as “the epitome of what I wanted to be when I grew up.” He continued, “I saw her as smart, classy, tough, strong, warm and loving — just everything you could imagine is possible in the world. The world is a better place because of you.”

Belloni had equal praise for Galloway, calling him the “epitome of class, intelligence and wit,” and praising his motivations in tackling Lansing’s story as a “labor of love.”

“When Stephen came into my office a few years ago and said, ‘I am going to write a book and it’s going to be about Sherry Lansing,’ I said, first of all, ‘Are we going to get the excerpt?’ And the second response was, ‘That makes absolute sense,'” Belloni recalled, before endorsing the final product. “[The book] is deeply reported, compassionately written, accurate and triple-sourced. With that kind of detail, you get a finished product that will stand the test of time.”

Sherry Lansing: Why I Left the Movie Business

It’s a finished product that totals 416 pages and is currently available following Tuesday’s release. Despite the near-constant anxiety that came with digging through her past, Lansing, who admitted that she didn’t have approval over any text, expressed her hopefulness that others enjoy it.

“Stephen, without you, this book would not exist obviously. I don’t think anybody else could’ve convinced me to do this. I’m so in awe of your talent. Stephen found out things that I did not know. They are accurate. I don’t like everything in the book, but fortunately the stuff that I don’t like is true,” Lansing laughed. “I love each and everyone of you. I hope you love the book.”

Even if she didn’t write it herself. 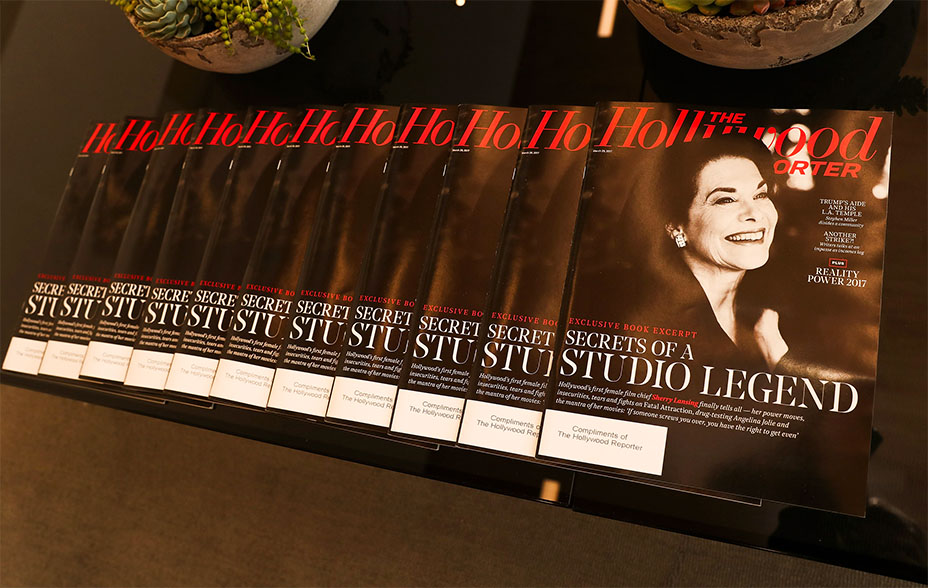