[This story contains spoilers for How to Train Your Dragon: The Hidden World]

You can never be sure, but the advertising for the newest entry in the How to Train Your Dragon series, subtitled The Hidden World, is leaning into this third film being the true conclusion of the trilogy. Of course, a studio like DreamWorks Animation doesn’t turn down a cash cow if it can be milked, which is why there have been a handful of Shrek films, a whole Madagascar franchise and more. But The Hidden World does, to its credit, feel like the actual ending of this series. And even better, the new film is a largely thrilling finale when focusing on its dragons, as opposed to a lazy retread of what came before.

'Awards Chatter' Podcast -- Bonnie Arnold ('How to Train Your Dragon: The Hidden World')

Oscars: Hear From the Nominated Animated Feature Directors on 'Behind the Screen' Series

The film takes place roughly a year after the events of How to Train Your Dragon 2, in which the awkward hero Hiccup (Jay Baruchel) met his long-lost mother, Valka (Cate Blanchett), and lost his gruff father (Gerard Butler). Hiccup is fully ensconced as the leader of his home of Berk, which now serves as a ramshackle place for both Vikings and all sorts of dragons to cohabitate. All is well until Berk is attacked by a mysterious dragon hunter (F. Murray Abraham) who wants to kill Hiccup’s Night Fury dragon Toothless, using a bright-white female Night Fury as bait. All this takes place as Hiccup tries to find the fabled hidden world, supposedly located at the edge of the world and a hideout for dragons to live away from the violence of mankind.

How to Train Your Dragon: The Hidden World is arriving in theaters almost a decade after the last time a major animation studio tried to close the book on one of its most beloved franchises, with Pixar’s Toy Story 3. Though that film ended up not being the last chapter for Sheriff Woody and friends, it felt an awful lot like a finale, as the toys faced death one last time before being passed off to a new kid. Though The Hidden World doesn’t go for quite the same level of heartbreak and emotion — even as much as its predecessor, as when Hiccup’s father died — it does have a slight sense of the torch being passed in the finale.

The Hidden World teases at a deeper characterization for Hiccup, as opposed to truly digging into it — that he feels incapable without Toothless at his side, even as the new leader of Berk, and one who’s largely respected by his fellow Vikings. (Though some of Hiccup’s old friends mock him, there’s never a true sense that he’s got to fight for his throne.) Despite being surface-deep, the true journey of the final film is Hiccup’s, as he comes to accept a hard truth. Dragons and humans can’t live together peacefully, in part because humans are too scared and violent to stop subjugating dragons, and in part because the eponymous hidden world is the best place for dragons to live permanently. 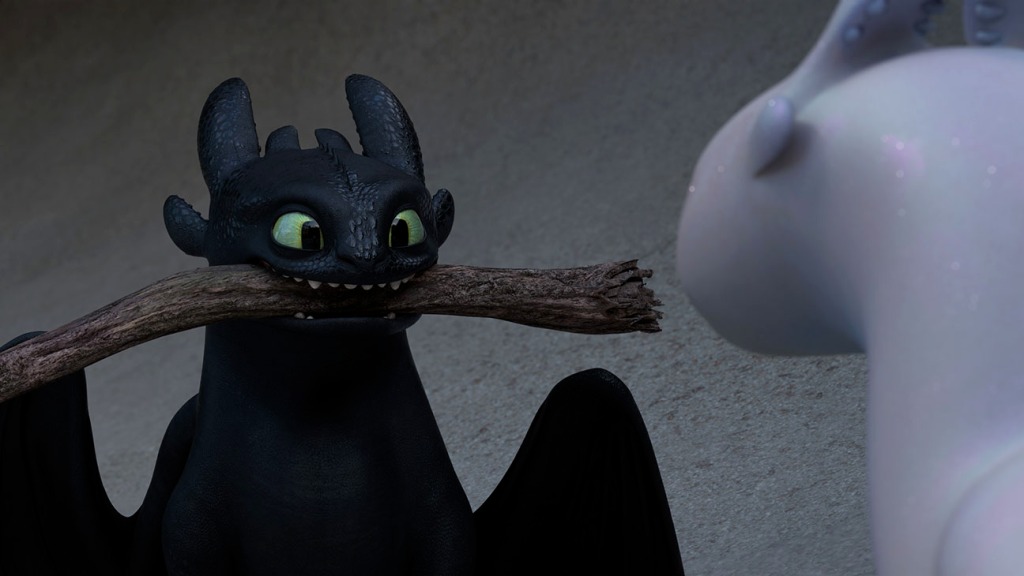 Though Hiccup’s arc is the major part of The Hidden World, it’s ironically when writer-director Dean DeBlois focuses away from the humans and squarely on the dragons that this film is at its strongest. Toothless doesn’t seem too interested in the fairer sex until he unexpectedly stumbles upon the female Night Fury, dubbed a Light Fury. Then, the two dragons go through an awkward courtship (with Hiccup watching in the background, trying to help his friend), leading to the two best scenes in the film. First, Toothless and the Light Fury soar above the clouds, each trying to impress the other with their skill, fiery powers and more. Then, the Light Fury takes Toothless to the hidden world, a neon-colored utopia with all sorts of dragons in harmony. It’s here that Toothless, the alpha dragon in the film, can be a true king, not in Berk. The fluidity of the animation, the depth of three-dimensional animation, and wit and intelligence in how Toothless interacts are what make these scenes so beautiful to behold. 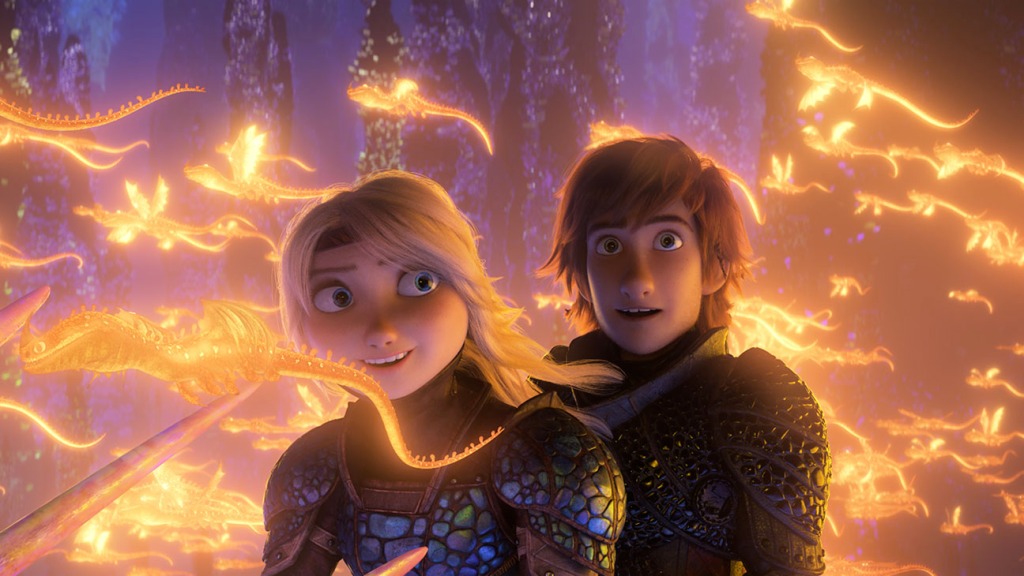 The Hidden World concludes with Hiccup and Toothless triumphing over warring humans who wish to imprison dragons, but the cathartic moment comes when Hiccup has to say goodbye forever to his pal, letting him and the other dragons from Berk travel to the hidden world. In a brief epilogue, we see Hiccup, his now-wife Astrid and their two children reuniting briefly with Toothless and the Light Fury. There’s certainly a way to look at this ending and see a fourth film or revival of some sort somewhere down the line. Maybe a fourth How to Train Your Dragon would explore Hiccup being the gruff parental figure, with a curious child trying to restart a bond of friendship with an errant dragon.

Even then, of course, the same basic conflict would rear its ugly head — humans fighting against each other, or against dragons. While the How to Train Your Dragon films are based on a well-liked series of books, the films do feel as if they’ve completed their mission by the end of The Hidden World. Hiccup and his human friends are only so interesting as characters, even after a full trilogy. The most interesting characters in the franchise don’t say a single word. If there does end up being a fourth film (in case this one hits big enough), maybe it can just focus on the dragons. The eponymous hidden world is only barely explored in the new film, and the dragons themselves ought to be the true stars. If How to Train Your Dragon: The Hidden World implies anything about this franchise, and its future (or lack thereof), it’s that the dragons are where this series excels.