Continue to The Hollywood Reporter SKIP AD
You will be redirected back to your article in seconds
Skip to main content
January 7, 2021 7:30am

The third film in the Small Axe anthology directed by Steve McQueen (considered a limited series by HFPA guidelines), Amazon and BBC’s Red, White and Blue stars John Boyega as London Metropolitan Police Force Officer Leroy Logan, who worked within the system to create police reforms in the 1980s. Logan’s encounters with racism on the force as the son of a Jamaican father (who himself was beaten by cops and falsely charged) are compounded by the alienating response within his community. From being nearly fatally left without backup support to being considered a traitor among London’s West Indian immigrants, Logan was forced to fend for himself as he worked to restore trust between his two worlds.

How did you first connect?

LEROY LOGAN [Producer] Helen Bart approached me in 2015 to say she needed to record me on something. I asked what it was about, and she just said, “Trust me.” Police officers are not the most trusting of people! But I knew Helen from the BBC — we’d worked together on press for a number of years when I was chair of the Black Police Association. And then she came back to me in 2016 and said, “By the way, that recording, a certain person really liked it — Steve McQueen.” I said, “Not the Steve McQueen?” It was shortly after the Oscars where 12 Years a Slave won, so I thought someone was definitely winding me up here. But then after a few more weeks she said he wanted to meet me. I remember it was a really overcast day and pouring down with rain. But I thought, “No, I’m going to dress up in my glad rags and bring a bit of joy into the room.”

LOGAN I put an extra special bit of effort in for that meeting. And it was just brilliant. I think we identified with each other from the fact that we’re both Londoners, we have Caribbean parents. It was just very, very natural.

MCQUEEN I was really just interested in meeting Leroy at first and finding out who he was. We were just sparring, if you will, just feeling each other out — him finding out what my intentions were and where I was coming from as well. We had a lot of discussions, and also with [co-writer] Courttia Newland, just trying to find out about the time when Leroy was in the police. For me, the penny dropped when he talked about his father. For myself and Courttia, we both understood that — our fathers were both domineering and also protective.

LOGAN The one thing I picked up from Steve is how authentic he is with the subject matter. So I didn’t have any doubts. I just felt like I didn’t want to let the side down by not giving my all. And I think I almost dropped the ball on that, because there was a time when Steve said, “Let’s go and have lunch.” I remember he was drilling me, saying, “You said you loved your father! If you loved your father, and he’s been beaten up by police, how can you even contemplate joining the police?” 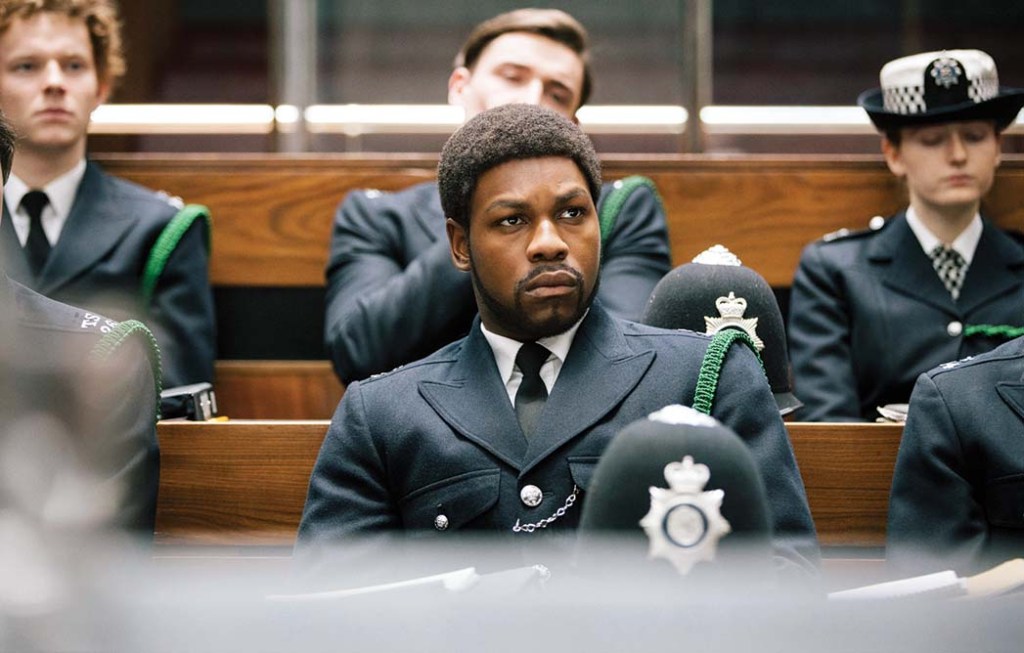 And when did you find out that John Boyega was involved?

LOGAN In about 2017 or 2018, Tracey Scoffield, who was our go-between, came to me and said, “This is very hush-hush, but we think we’ve got a really good actor to play you.” And then one of the Star Wars films had come out and she dropped the bomb on me. I thought, “No, you’re joking!” I don’t know if Steve knows this, but I actually knew John from the casting of his first film, Attack the Block. My youngest son, Myles, went for the same role.

MCQUEEN This is a revelation!

LOGAN My son unfortunately didn’t get the role and has moved on and is now doing his teaching and IT stuff. But I took him to the casting and you could see, even as a young actor, that John was disciplined and focused. And I thought, “Myles, you’ve never done acting before — just respect this young man, he knows what he’s doing.” But there was another connection: I was involved in the Damilola Taylor investigation [into the murder of a 10-year-old boy in 2000], and John and his sister were some of the last people to see Damilola as he skipped home, sadly to his death, because they went to the same school.

MCQUEEN There are so many crossovers. Also, you were there when John was giving his speech [at the Black Lives Matter protest] in Hyde Park.

LOGAN Absolutely. There were all these connections, I think because London is actually a small place and you interconnect in so many ways. So I was so pleased that it had that real completeness.

MCQUEEN I do think it’s a lot to do with the four men involved in making this, obviously Leroy, Courttia, John Boyega and myself. That connection. We all talked about our fathers in a way, so we all knew what we all wanted to do and how we wanted to do it. It was about the masculinity, but also about the affection, and also passing on the baton. 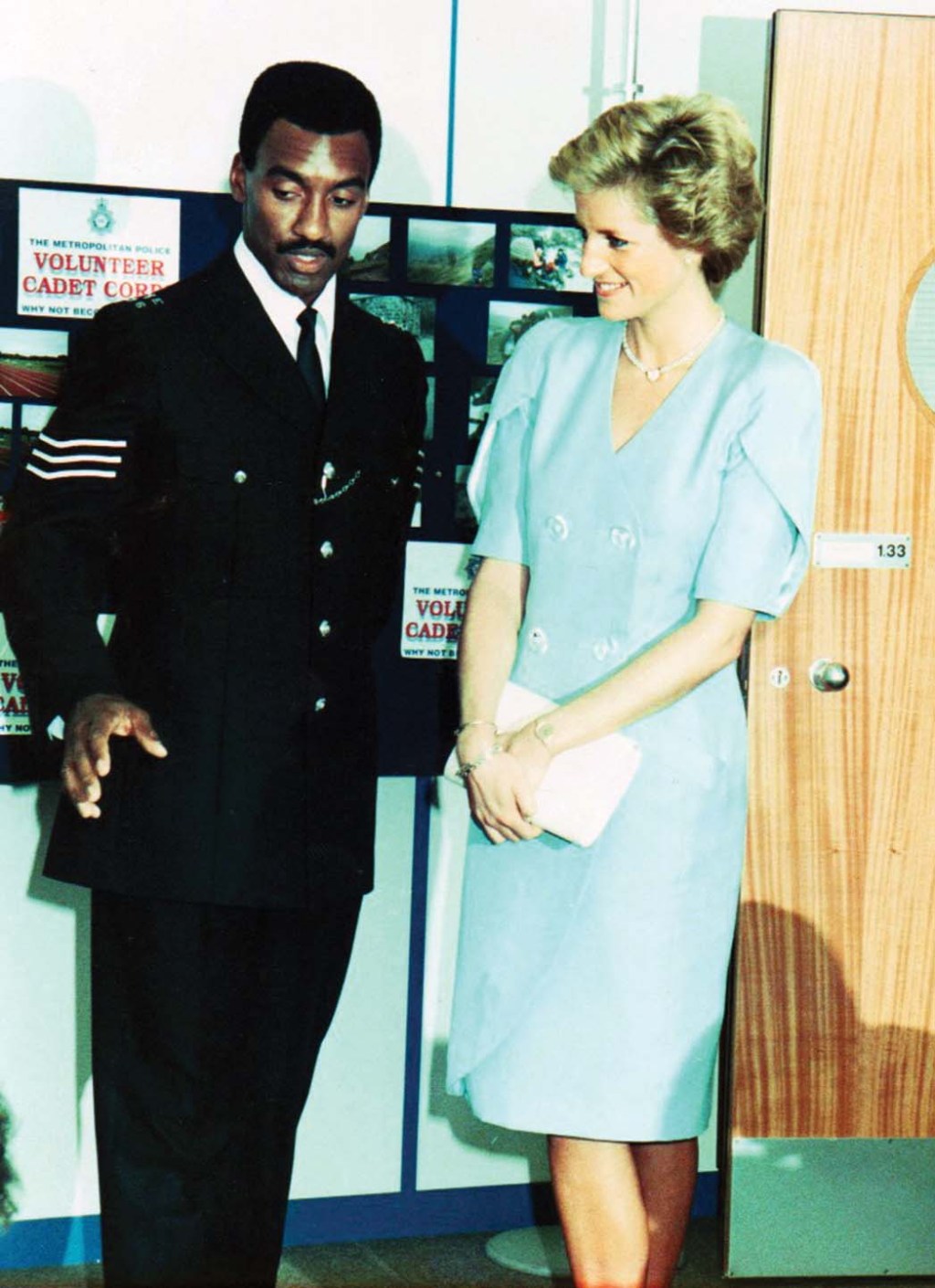 Once Red, White and Blue was shooting, how involved were you, Leroy? Did you get to visit the set?

LOGAN I was very fortunate to go on set in the very exotic Wolverhampton. I remember looking at the script, and it was the scene with a young man playing the piano, a kid who I wanted to encourage to take up music. And it had my name down [for Boyega’s character]. I had honestly thought they were going to use my story and the names would be fictitious. That was a surprise! It took it to another level.

MCQUEEN That was actually an interesting scene, because Leroy is trying to talk to the young adults and they all leave. And I remember you saying it touched you in a way, because that’s what happened to you fairly often — that when you walked into a room they would walk away.

LOGAN All those things came resonating back. When the boy walks away from John, John just sits there, looking — similar to other moments when he’s looking at his uniform, or looking at himself in uniform for the first time. I didn’t realize I had so many of those isolated moments on my own. And that brought it all back, and I must admit when I was privately watching it I’ve sometimes been bawling like a baby. I never thought I’d have to go through those emotions again in the autumn of my life, but it’s been great. It’s been beautiful.

MCQUEEN What’s happened since it has been out? What has come into your orbit through the film?

LOGAN The first thing is that so many people I haven’t spoken to in about 20, 30 years have been in touch, people in the police service, ex-colleagues. A guy who I really competed with in training went on Twitter — and he’s never been on Twitter, he’s got three followers — to say how much he liked the film. We talked and it was just an amazing experience. I suppose we all seek some sort of validation, and I just think how people are approaching me now, they seem to say, “Oh, so that was what you were going through.”

MCQUEEN Has it been a validation because maybe people before were criticizing you and now people are thanking you? Is that a strange narrative for you?

LOGAN Oh, totally. I’ve still got my trolls — certain officers who’ve got their own narrative. They’ve been conspicuous by their absence, so that’s been really good. But it’s a fact that officers, whether I know them or not, have been openly saying that they are learning from this. This morning I had a meeting with the mayor’s office. His deputy mayor for policing and crime said, “Leroy, this has changed our thinking about what we’re doing now.”

MCQUEEN Isn’t it crazy? Isn’t it interesting, the power of film, the power of art? You’ve lived your life, you’ve done your thing. But somehow seeing it through the lens of a feature film, has made people realize. It’s incredible.

LOGAN That’s why I can’t just leave it. It’s got a momentum, and it chimes with Black Lives Matter and all of the issues that have been brought up through [the police killing of] George Floyd. I just think that it’s people power — people coming together and having that conversation. And if there’s anything that all the episodes of Small Axe have done, it’s been the conversations that they’ve created. And that, for me, is like gold dust.

"We Are the Pillar of Something New": Steve McQueen, John Boyega and Letitia Wright on the Emotional Journey to Spotlight Black British Life in 'Small Axe'