Sofia Vergara is a hometown hero.

The Modern Family star revealed last night that she came to the aid of a young boy in her native Colombia who needed cancer treatment not available at his local hospital.

“One of my greatest joys is working with the wonderful team at St. Jude’s Children’s Hospital,” Vergara said while accepting the Courage Award at the Women’s Cancer Research Foundation’s “An Unforgettable Evening” gala at the Beverly Wilshire Hotel. “Just this month actually I was contacted by a family in Colombia with a son who needed an urgent bone marrow transplant and the doctors in Colombia had the technology to do it but they couldn’t provide the aftercare following the procedure. The people from St. Jude’s transported the child and his family immediately. After a week they were here and they were able to start the treatment.”

Vergara knows too well what it feels like to battle cancer. She was diagnosed with thyroid cancer 18 years ago. “I think everybody has a panic attack when that phone call happens,” she said on the red carpet after posing for pics with husband Joe Manganiello. “But I think the important thing is that when you get lucky like me, that it was something that didn’t have to kill me, then to do stuff like this to try to support causes like this to fund the research. We need money. Money is what is needed to fund research, and that’s why we’re all here tonight.”

The gala kicked off with host James Corden taking a couple of shots at President Donald Trump. “We are here tonight in the beautiful Beverly Wilshire,” he said. “This hotel was the setting for Pretty Woman, a movie about a rich businessman who pays a woman to join him in his hotel room and then eventually becomes the president of the United — oh, no, sorry that’s not the film. That’s the news I’m thinking of. Sorry.”

He continued, “I hate to break it to you, but Donald Trump is not here tonight. But he said if he were here outside he said he would run in here and fight cancer himself.”

Corden also got big laughs when he chided event co-hair Tom Hanks for not being able to join his fellow co-chairs, including wife Rita Wilson, Steven Spielberg and Kate Capshaw. “Tom Hanks couldn’t make it tonight,” he said. “He does not support cancer research. He’s been very vocal about it. The tide is about to turn on that guy.”

Tom Ford presented Jennifer Hudson with this year’s Nat King Cole Award. “Jennifer Hudson — just the sound of her names sends chills up my spine,” the designer said. “The sound of her voice makes me tremble. The sight of her makes my knees go weak. The thing about Jennifer is she’s not just one of the greatest musical talents of our time, she’s not just one the most beautiful women that I know — she is so much more.”

Hudson gave an impromptu performance of “The Corinthian Song” before delivering her remarks because, she said, “I have to sing that because I don’t speak often and I’m always singing, so to calm myself to be able to speak I have to sing myself a little song, so I hope you didn’t mind.”

No one seemed to mind at all, as the impromptu performance received wild applause.

Hudson admitted she spent the day worrying about what she would say. “But then I felt it’s not about what we say, it’s about what we do that makes the difference,” the Oscar winner said. “This room is an example of that. You can say anything but it’s all what you do. It’s beautiful and it’s lovely to get to live the lives that we live, but I always find that it doesn’t matter if we can’t help someone else.”

Wilson was backstage filming Hudson on her iPhone before being introduced by Corden to present to Vergara. “We’re all living in remarkable times, and in remarkable times, it’s probably a good idea to take a step back and listen to the voices of women who helped make these times of reckoning possible,” the actress-activist said. “And here in 2018 when it appears that time is finally up I am reminded of the words of the legendary suffragette Elizabeth Cady Stanton who once said these wise and timeless words, ‘The best protection any woman can have is courage.’”

“Courage, that is a word that too many of us even in this room grew up associated with men rather than women and now we’ve seen in recent days in our business and in the students of Parkland, Florida, courage comes in every shape and size and gender and all ages, too. Those of us who have fought the good fight against cancer know that there is no weapon quite like courage, the courage to take care of not just of ourselves but of others.”

The evening ended with a performance by Pitbull singing some of his biggest hits, including “Time of Our Lives” and “Fireball.”

Guests headed home with gift bags that included Tory Burch earrings, Missoni fragrances, a gift certificate for a free Vibrant Bra and eye masks from Valerie Beverly Hills. Individual boxes of red velvet cupcakes from Sprinkles were offered on the way out of the ballroom. Saks Fifth Avenue was the presenter of the gala with additional support from de Grisogono jewelers and Alleven body concealer. 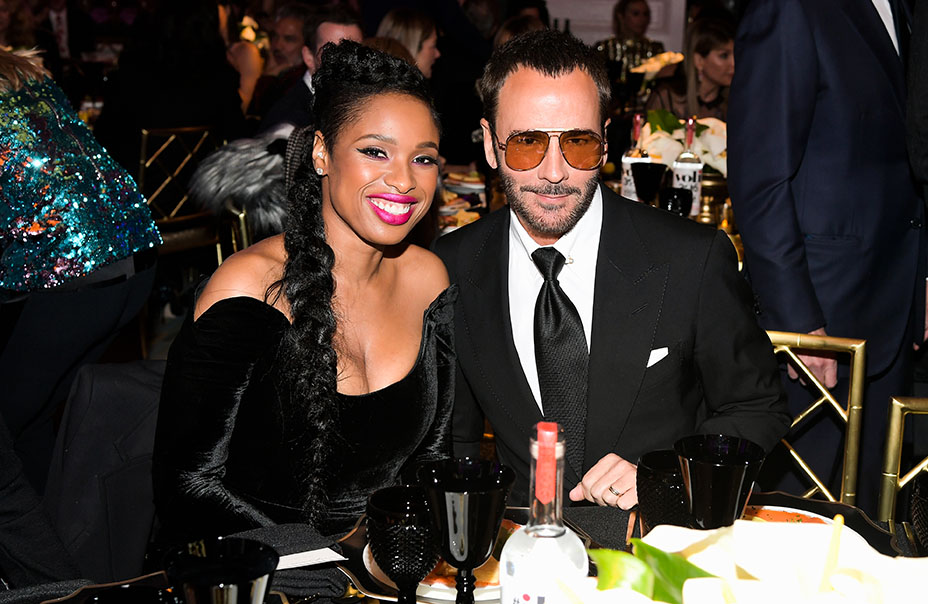 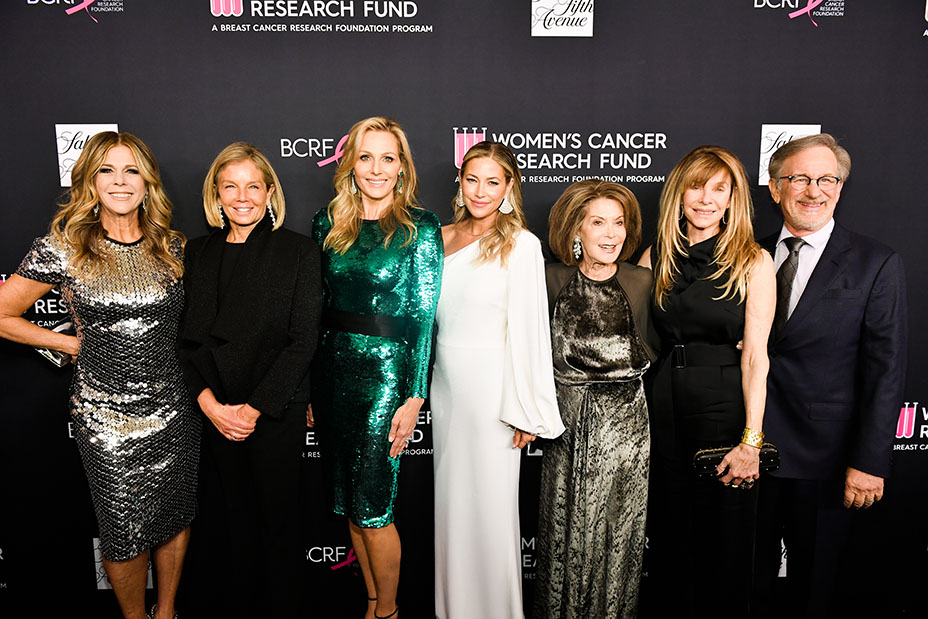 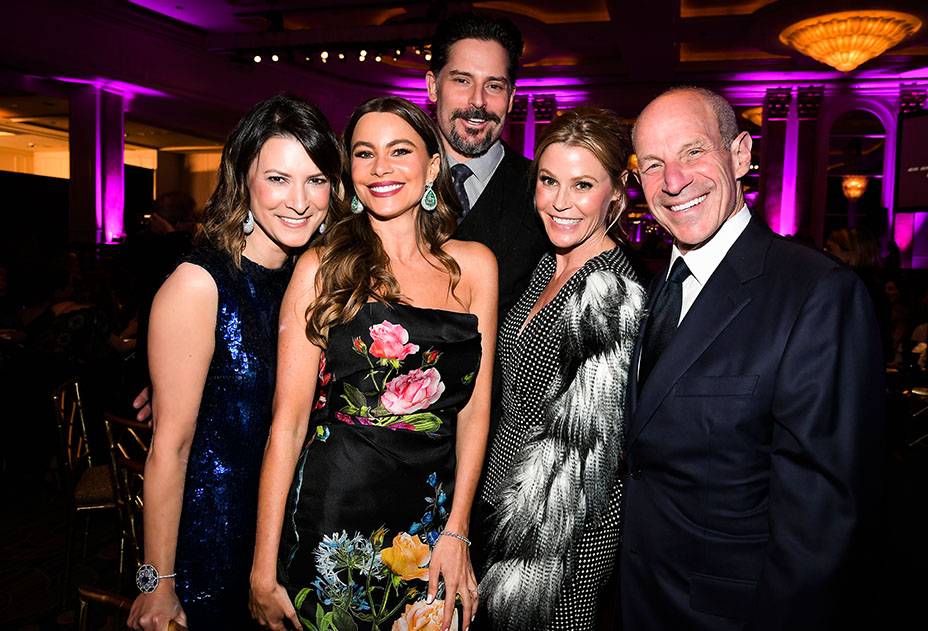 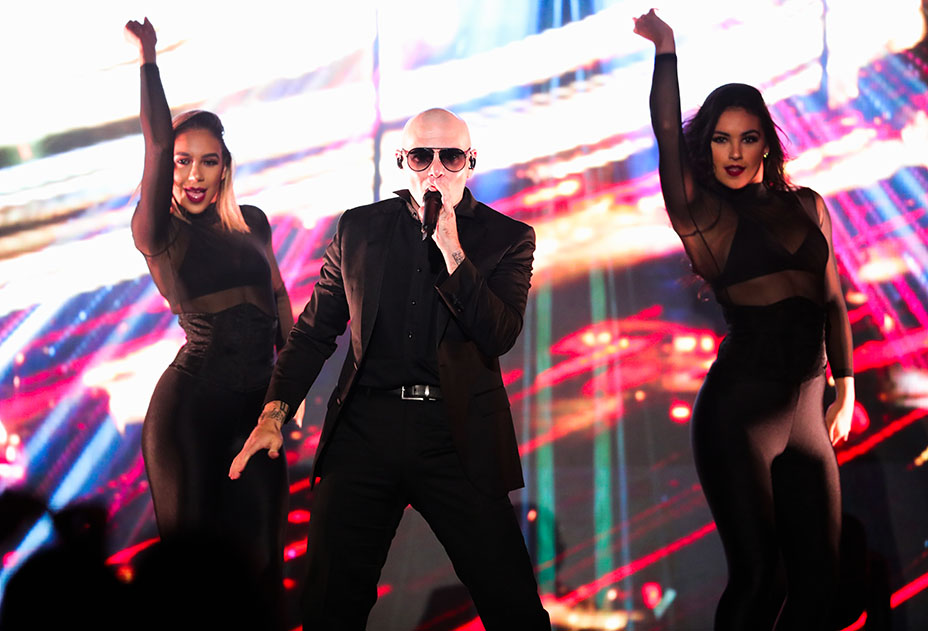 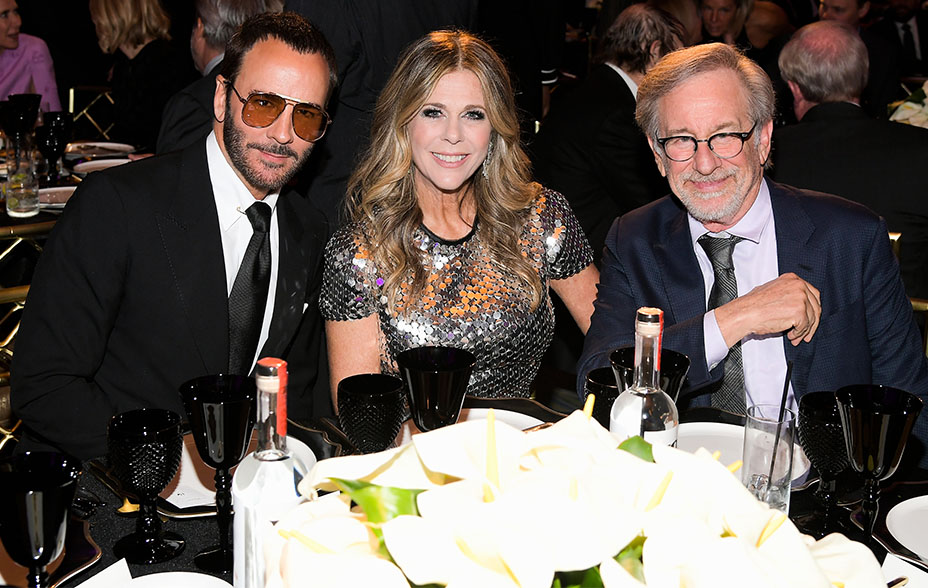