This May’s Solo: A Star Wars Story will feature an important moment in the history of a galaxy far, far away — the first meeting between the eponymous Corellian rogue and his future co-pilot, Chewbacca.

In a new Disney press kit detailing the studio’s 2018 releases, Solo’s plot description is sparse, yet still reveals more information than had previously been released: “Through a series of daring escapades deep within a dark and dangerous criminal underworld, Han Solo meets his mighty future copilot Chewbacca and encounters the notorious gambler Lando Calrissian, in a journey that will set the course of one of the Star Wars saga’s most unlikely heroes.”

While this will be the first time the original meeting between Han Solo and Chewbacca will be revealed in official Star Wars canon, it’s not the first time a version of the story has been told — albeit, what might be an entirely different story altogether.

In the now-discarded “expanded universe” of Star Wars merchandise, the first meeting between Solo and Chewbacca was revealed in the 2000 comic book miniseries Star Wars: Chewbacca, and involved a complicated backstory in which Solo was an Imperial officer who saved Chewbacca’s life twice when he was interrupted in the midst of an attempt to free Wookiee slaves from the Empire. As a result, the two formed a bond that only grew when Solo left Imperial service. 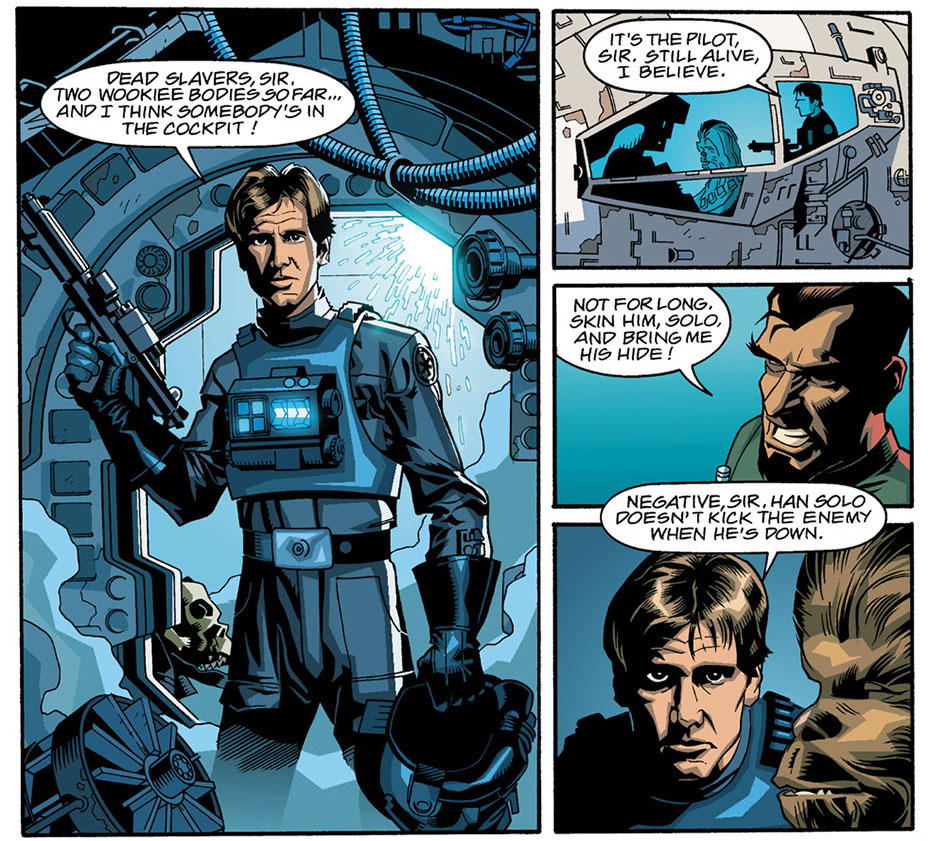 Whether or not the plot of the movie will echo the earlier comic book storyline remains unclear; as yet, Han Solo’s past pre-1977’s first movie in the series is a clean slate, although Chewbacca does appear earlier in the chronology of the franchise, showing up in 2005’s Star Wars: Episode III — Revenge of the Sith alongside Yoda on the Wookiee home planet of Kashyyyk.

Solo: A Star Wars Story is set to open May 25 and stars Alden Ehrenreich as Han Solo, Joonas Suotamo as Chewie and Donald Glover as Lando.

'Star Wars': What to Expect From an Obi-Wan Kenobi Movie