Continue to The Hollywood Reporter SKIP AD
You will be redirected back to your article in seconds
Skip to main content
January 17, 2020 12:54pm

The last time Will Smith and Martin Lawrence teamed up as detectives Mike Lowrey and Marcus Bennett it was in 2003’s Bad Boys II. Now Columbia is hoping there’s still and audience for a big action-buddy comedy as it releases Bad Boys For Life.

As they find themselves much older than when they started on the police force, Mike and Marcus are on the cusp of taking very different paths. Mike wants to keep going, continuing to chase bad guys and living life on the edge. Meanwhile, Marcus is ready to settle down and put it behind him. Things get complicated when Mike’s life is threatened by a murderous crime lord, necessitating one final ride for the partners. To complete the mission, the partners will have to team with a group of young hotshots whose methods are much different than the more experienced officers are used to.

With tracking estimating a $38 million to $50 million Martin Luther King Jr. holiday opening weekend, Columbia’s campaign has positioned the pic as very much a throwback to the kind of movies associated with Michael Bay, who directed the 1995 original and 2003 follow-up. In fact, they’re the kind of movies he’s still making, as evidenced by the recent Netflix original 6 Underground. That means lots of explosions, lots of comedic banter and more explosions from directors Adil El Arbi and Bilall Fallah, as well as writers Chris Bremner, Peter Craig and Joe Carnahan. 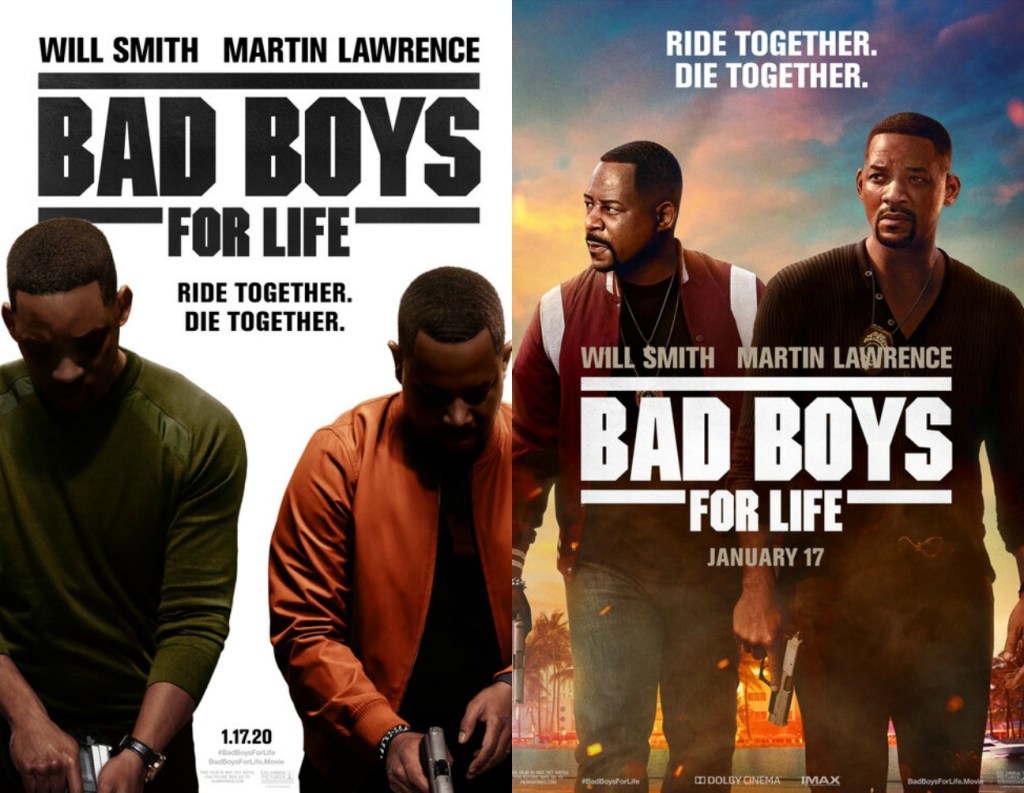 “Ride together. Die together.” That’s the ominous warning on the first poster (by marketing agency BOND) released in October. Neither Marcus nor Mike are shown in full; instead, they’re seen with heads down cocking their guns and getting ready for action.

That same copy is used on the second poster released in November. The design this time evokes the look of the posters for the previous films, with the two cops walking side by side through and into danger.

Marcus is ready to retire as the trailer (5.5 million views on YouTube), released in early September, opens. He’s done with the life and wants to do something different, but Mike doesn’t want to see his partner go. The two agree to one last case, which is going to involve lots of guns and explosions. It ends when the younger cops they’re working with mess up their theme song, drawing the ire of the veteran officers.

The second trailer (2.7 million views on YouTube) came out in early November and once more opens by showing how Marcus is ready to put the fast-paced life behind him while Mike is ready to keep going. The two are teamed with a group of young cops and soon have to discover who it is that’s targeting Mike. What follows is lots of explosions and chases, selling a movie that’s high on action and style.

The new track “RITMO (Bad Boys)” from Black Eyed Peas and J Balvin was released in October with a video that featured footage from the film.

Earlier this month, the stars made a number of appearances as part of a global press tour that took them to Paris, Berlin and elsewhere. One stop in Madrid was accompanied by the release of an exclusive commercial produced for Spanish-language television network Telemundo.

A fun promotional video that came out last week showed what happens when Mike and Marcus try to go in for some partner therapy, showing just how combustible their dynamic is. An exclusive commercial for ESPN had them auditioning for their own roles with host Stephen A. Smith conducting the interview.

Just how fast a routine investigative stop can turn south is shown in a Fandango-exclusive clip. Imax encouraged people to see the movie on the biggest possible screen in a commercial produced by that company.

Online ads and outdoor billboards used video as well as elements from the key art to drive people to the official website where they could buy tickets.

Earlier this week, Smith, Lawrence and others visited Miami for an event at Pitbull’s Slam Academy, where the city’s mayor declared it to be “Bad Boys Day.” Later that day, the Miami premiere was held with the stars, filmmakers and other celebrities in attendance. 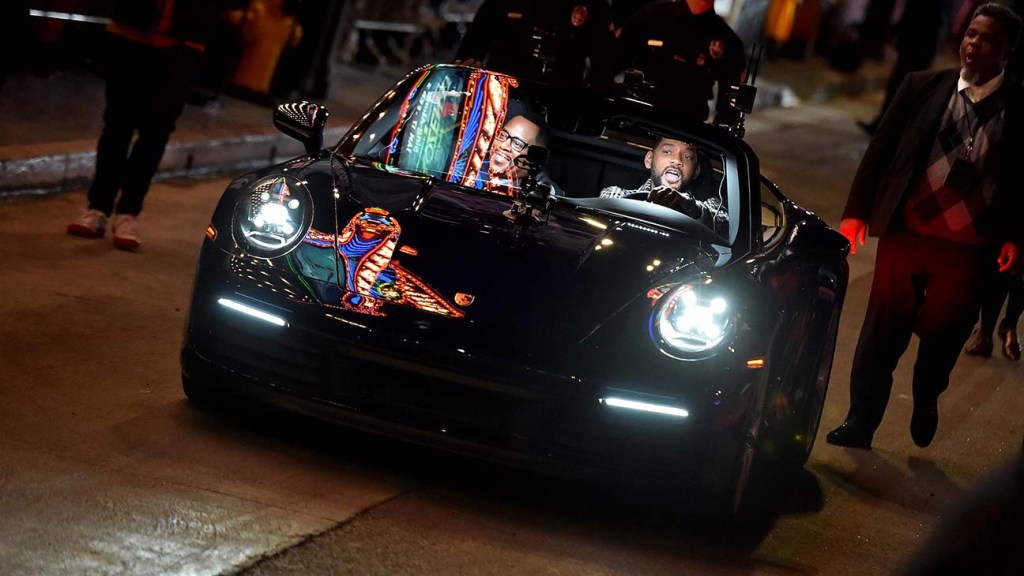 “One last time” is the dominant theme of Columbia’s campaign. It is overtly stated on the posters and comes via dialogue in the trailers and commercials. In that way, it is being positioned as the final chapter in a story begun 25 years ago about two combative friends and partners with very different styles.

What’s unclear is who that message is aimed at. Younger audiences may have caught up with the previous two movies (they’re streaming now on Netflix), but they haven’t turned out for other legacy sequels to ’80s and ’90s classics like Independence Day, Terminator, Men in Black and others. Meanwhile, older audiences that saw the originals in theaters or on cable might be drawn in by nostalgia for the characters and genre.

The campaign, aside from a bit of advertising and a limited press push, has gone somewhat silent since November, when the last poster and trailer were released. However, it’s taking some momentum into opening weekend with a 74 percent Rotten Tomatoes score and news that a fourth film is in development.