Sony Pictures is looking to hit the jackpot with its cinematic universe of Spider-Man supporting characters. Earlier this week came the news of Silver Sable and Black Cat solo movies, replacing the former Silver & Black project, along with a film centering on the more recent character Jackpot. Sony’s hope is that Venom proves successful enough for the studio to move ahead on more features, many of them offering some much needed inclusion to the world of comic book adaptations.

But with Venom, the task is a little easier. After all, the popular character has anchored numerous long-running series and is a more recognizable name to non-comic book readers than the likes of other projects in development focusing on Silk, Nightwatch and Morbius. While there’s a certain faction of fans that feels Sony is making a desperate attempt to copy the Marvel Cinematic Universe’s success with characters underserving of their own features, these lesser known characters could end up being a gold mine for the studio with the right creative team, vision and controlled budgets. Marvel Studios has built an empire out of characters that weren’t popular beyond comic book readers.

And if it seems implausible that Spider-Man’s supporting characters can find similar success in the absence of the webhead, then look no further than The Punisher. Frank Castle debuted in the pages of Amazing Spider-Man No. 129 in 1974, but became a more interesting character when he pried himself out of Spidey’s web. Here are five more characters that Sony could draft to carry their own films: 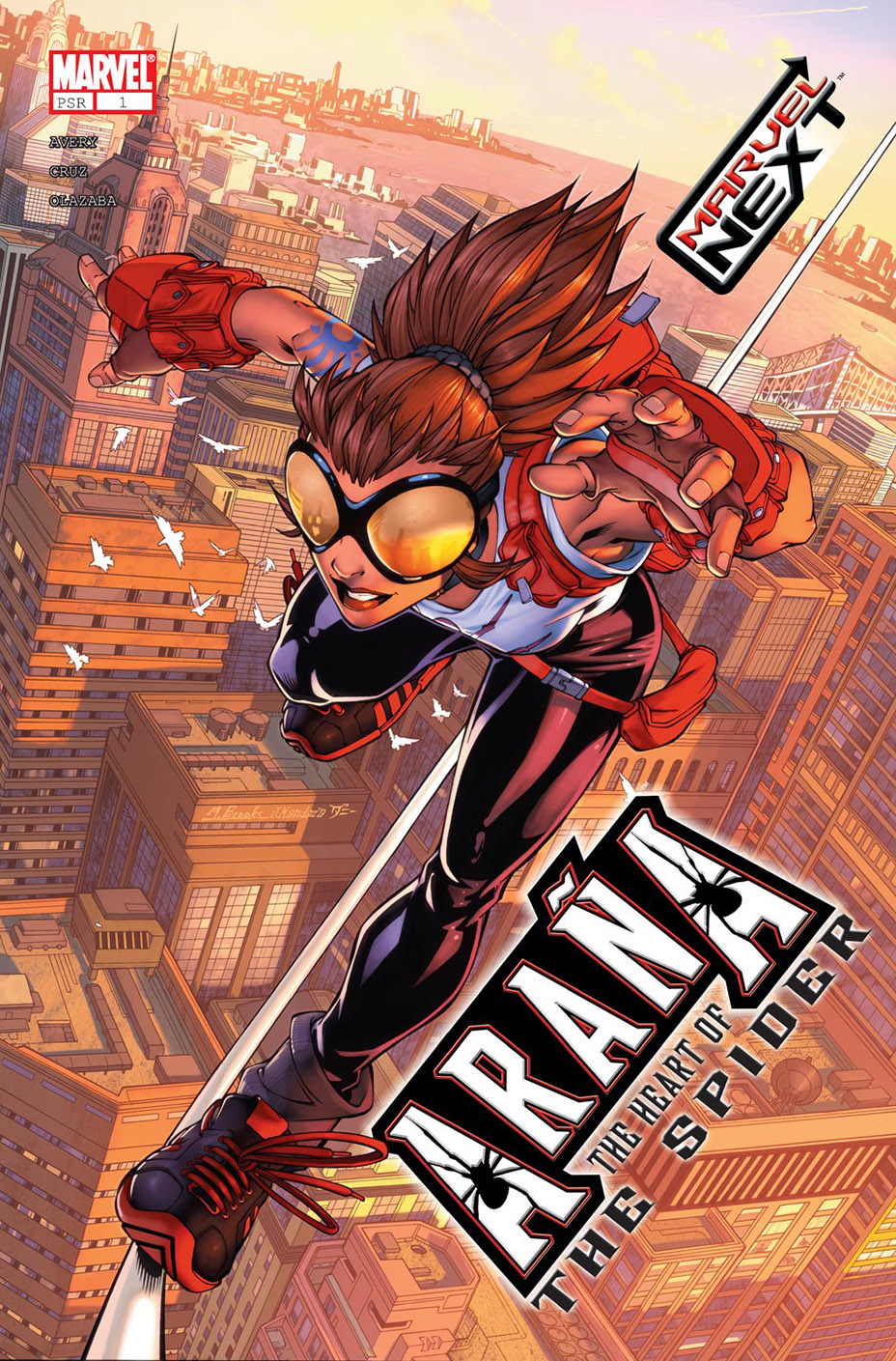 Although Sony has the spider-powered Silk in development, it’s unknown at this time if the studio has plans for Spider-Girl, Spider-Woman or any other characters with “Spider” in the name. If that’s the case, then it could be the perfect chance to go back to the current Spider-Girl’s original alias, “Arana.” Anya Corazon was created by writer Fiona Avery and artist Mark Brooks in Amazing Fantasy No. 1 in 2004. What separates her from Silk and Spider-Man is that her powers are the result of magic rather than science. A high school student in Brooklyn, Anya witnesses a battle between The Spider Society and Sisterhood of the Wasp mage clans. Mortally injured in the fight, her life is saved by a Spider Society member that gives her a ritualistic tattoo that gives her powers similar to Spider-Man and the ability to create a hard exoskeleton. Recruited as a Hunter by the Spider Society, Anya is tasked with defeating the Sisterhood, and coming to terms with the ancient mystical order she finds herself a part of but barely understands. 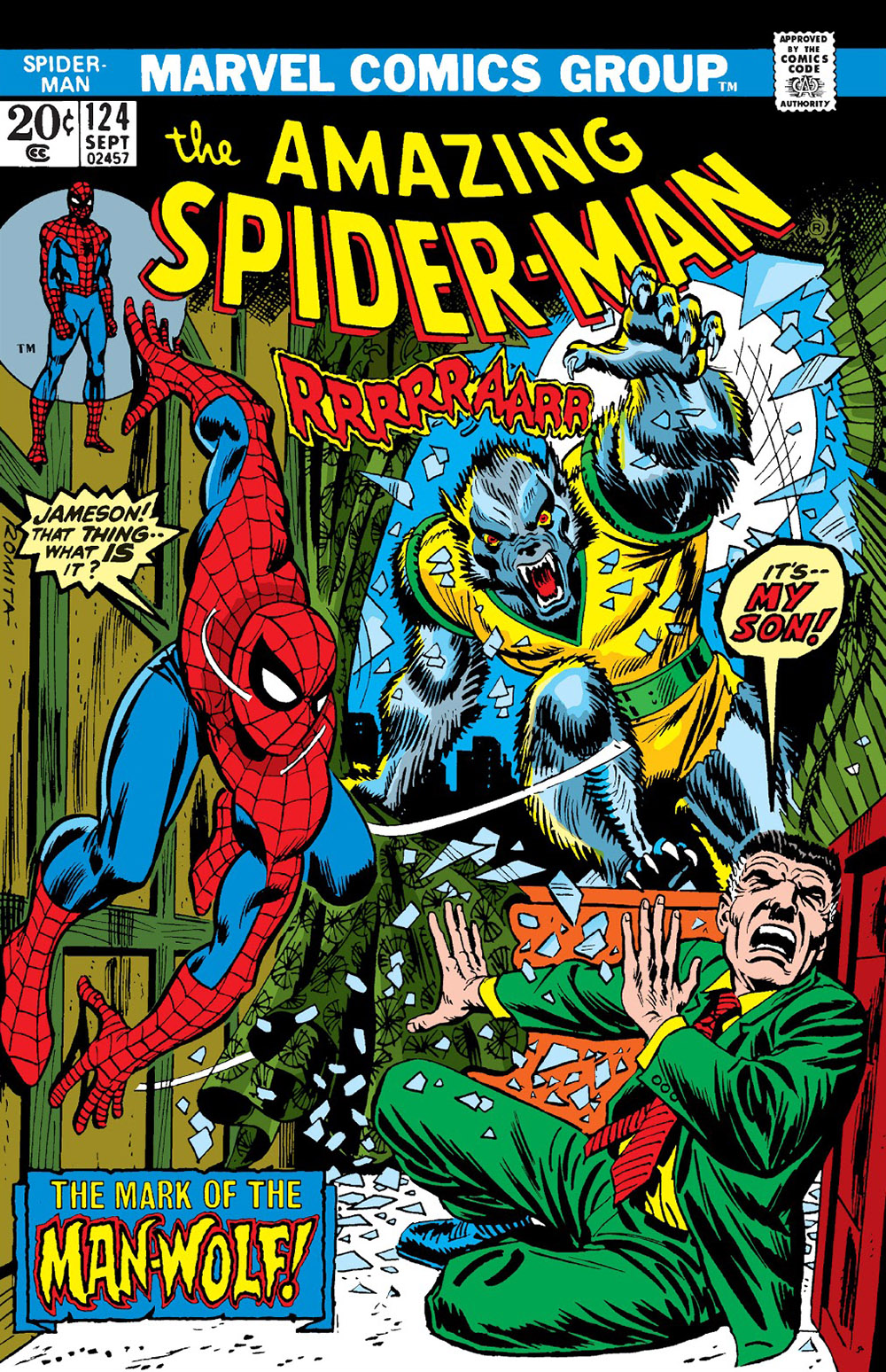 Ridiculous concept? Absolutely. But therein lies the fun part. The astronaut John Jameson, son of J. Jonah Jameson, is one of Spider-Man oldest characters, having first appeared in The Amazing Spider-Man No. 1. Writer Gerry Conway decided to turn him into a werewolf in the ’70s. But Jameson isn’t just any werewolf. While on the moon, Jameson found an other-dimensional ruby, the Godstone, which attached to his throat and turned him into a lycanthrope that returned to Earth to wreak havoc. That’s right, a space werewolf. One of his earliest battles saw him clash with Morbius, who though he could use Jameson and the Godstone to cure himself. Since Sony already has Morbius in development with Jared Leto, it seems fitting that they should have a sci-fi werewolf movie in development, too. Man-Wolf isn’t Marvel’s only shapeshifter. Werewolf by Night was a teammate of Morbius on the supernatural superhero group Midnight Sons, which also had Black Cat as a member. With Werewolf by Night at Marvel, Man-Wolf could easily substitute for the character and pave the way for a Midnight Sons crossover movie. 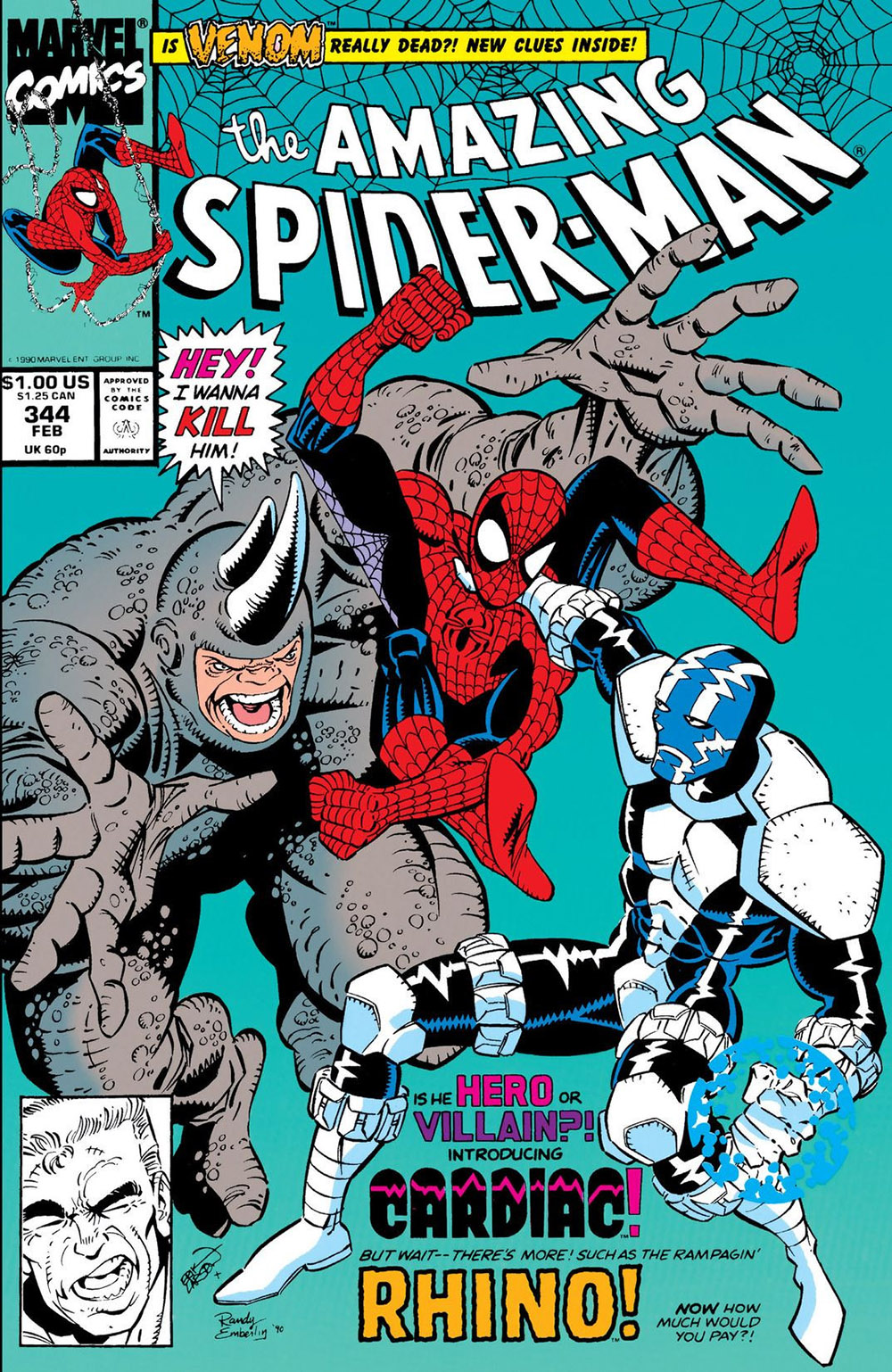 A surgeon that spent his life doing medical research to save his brother’s life, only to see his sibling die as a result of corporate greed, Cardiac is a topical hero for the age of poor medical and pharmaceutical practices. Created by writer David Michelinie and Erik Larsen, the character first appeared in 1991, though his alter ego, Elias Wirtham, appeared a few months earlier in 1990. Sporting one of the cooler costume designs from the ’90s, Cardiac is also distinguished from other heroes by the fact that he’s a middle-aged black man. He lacks the history of a hero but has plenty of experience that has shaped his view of the world, one less optimistic than Spider-Man’s. After removing his heart and replacing it with an energy reactor that allows him to channel energy through his body and a “pulse-staff,” Cardiac took it upon himself to take down corporate villains responsible for the incidents that put people in his hospital. His proactive nature sometimes puts him in conflict with Spider-Man, but his uncompromising agenda has also made him a necessary force, one that could surely see him teaming up with Venom. 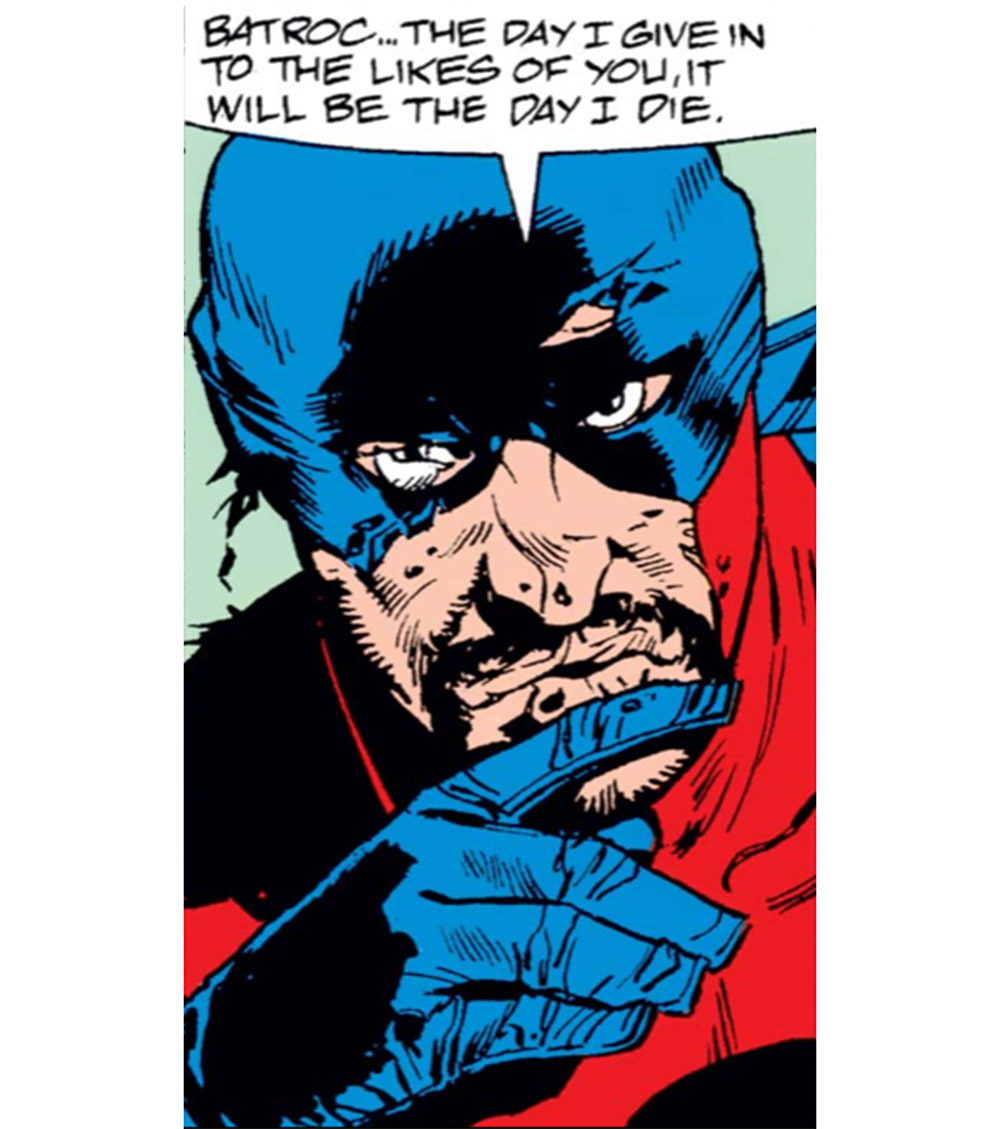 There have been a number of characters to hold the name “Tarantula” in Marvel Comics, but the first one, Anton Miguel Rodriguez, created by Gerry Conway and Ross Andru in 1974, was an operative for a fascist government in South America who was disavowed and eventually became an American terrorist. Think of him as the anti-Captain America, equipped with claws and toe blades. The second Tarantula, Luis Alvarez, began as an enforcer for his government and eventually became a mercenary. Tarantula could be envisioned as a generational story, taking the legacy aspect of the comic characters and exploring the lives of two men with the same moniker who come to blows when they differ on how to best secure the future of their country. This is a case where the character’s name and costume are more enticing than the comic canon, and thus could be reworked. Plus, it would be interesting to see one of these Sony movies set outside the U.S. for a significant part, and Tarantula could easily tie into the global pursuits of Silver Sable. 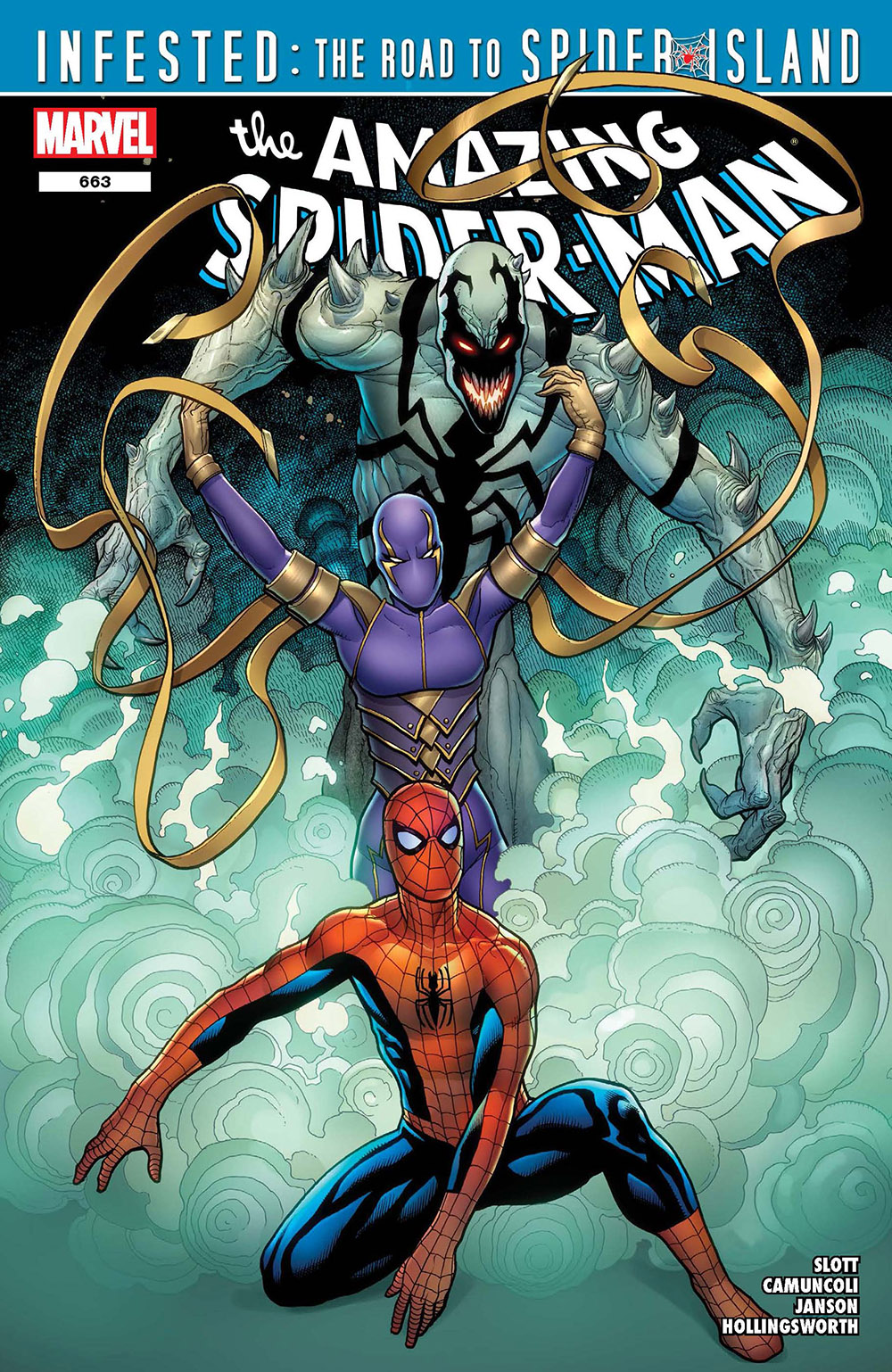 Another recent addition to the Spider-Man mythos, NYPD Capt. Yuri Wantanabe, created by Dan Slott and John Romita Jr., first appeared in 2009 and later became Wraith in 2011. Taking up the mantle of former police officer Brian DeWolff, she uses equipment from villains like Mysterio, Mr. Fear and Chameleon to fight New York’s growing gang war. Most of her vigilante activities center around taking down Mr. Negative – who plays a central role in the upcoming Spider-Man video game. Martin Li, who operates as a philanthropist by day, and Triad leader with the power to corrupt individuals as Mister Negative by night, can’t be touched by the police. Yuri’s interactions with Mister Negative left her corrupted, struggling with anger and giving in to the impulses she denied as a police officer. With a clear adversary, and an interesting history involving a grandfather and father who were police officers, Wraith would be a perfect means to explore the legacy of law and order in an institution that doesn’t always work. Wraith, along with Silk, would be a chance for Sony to give the spotlight to an Asian-American superhero, which is something we haven’t seen on film yet.

While none of these characters are household names, they all have plenty of opportunity to make an impact and establish themselves in a cinematic universe that could prove itself to be just as exciting as its counterparts. There’s no such thing as a bad character, only ones whose potential hasn’t been tapped by the right voices yet. Let’s hope, Sony finds the right voices that fit with its ambitions.

How 'Silver Sable' Could Be a Radically Different Comic Book Movie